Win SBD and 60 Days of Upvotes from @stsl - Share The Steem Love Competition No 9 - ENTER NOW!

Do you know a fellow Steemian who is creating great posts, and not quite getting the recognition and rewards they deserve? Enter my Shate The Steem Love Competition here, and you and the person you nominate could win upvotes on your posts for 60 days, as well as the SBD rewards from this competition post. 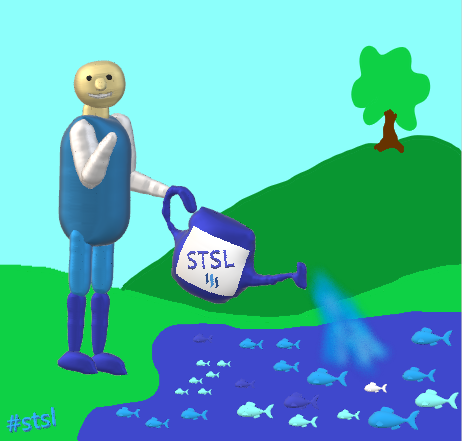 Here's how it works:

The rules for entering this competition are simple: 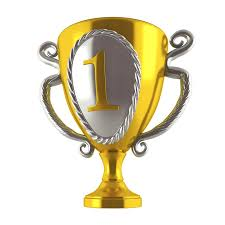 The winning entry and their nominee will be added to my prizewinners voting list, and receive upvotes on their posts for 60 days. My upvotes are currtnyl worth $0.05 for my prizewinners, which could add up to a tidy sum over 60 days. The winners will also share the SBD portion of the reward for this competition post, so the higher the reward balance for this post, the bigger the prize will be..

My previous winners are currently enjoying upvotes on their posts which meet my qualifying criteria of a minimum of 100 words in each post.

Winners of #stsl Comp 1, @juliakponsford and @dayleeo, have come to an end of their 60 days, and Comp 2 winners, @nortjenn and @schubes will be dropping off soon to make way for my next pair of winner. I have enjoyed upvoting all of your posts, and thank you all for your kind words and support!! He cares about the crypto community and seeks to educate a lot of folks of the ins and outs of blockchain technology. He's doing a series on the top 100 coins right now: https://steemit.com/dtube/@crypto-investor/vp2qnk9z

Hi @stsl
I nominate @juliusfatai he is a new steemian he creates good content and i think he deserves some extra vote thanks
Here is a recent post of his
https://steemit.com/story/@juliusfatai/tinderbox

You are winning this.

Am in support of this

I am with you sister, good luck

Inlaw, we ghat you.

Thank you for your entry @phunke Good Luck!

We already have this.

I nominate @sweetsssj. She is a Chinese that is well doing in Steemit, mostly writing about the nature of things in life . Her post has more of reality in it and she writes using both English and China language. https://steemit.com/travel/@sweetsssj/travel-with-me-94-the-queens-head-at-yehliu-s-geopark

Thanks for your entry @chrisdsteemsport I don't think @sweetsssj quite fits into the category of:

not quite getting the recognition and rewards they deserve?

Nonetheless, it is a valid entry :) Good Luck!

Does not fit - indeed Stsl! You have such an understated humor!

Nice one @stsl
I nominate @smyle i have followed him for a while,there is no dull momment on his page,he is consistence and writes great content

Thanks for your entry @jeaniepearl. As a current winner, you will be able to cede your portion of the upvote and/or SBD prize to another worthy Steemian.. if you win!
Good luck!!

Hi @ligayagardener. Thanks you for your nomination of @minismallholding. The following 11 upvotes were autoamatically generated through the eSteem app, and cannot be allowed to count towards your entry. Any upvotes in addition to these will be counted. 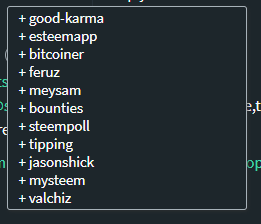 Is there anyone left to upvote it?

I got ya bud, hadn't seen this account yet.

There are thousands of Steemians out there. Part of this competition to to promote community involvement, by going out and getting your friends to vote for you. I also ask some of my supporters to stop by and vote for someone they think should win. Good Luck!!

I was having a little joke...that is the average amount of voters I get for my posts most of the time...

I will ask my master to upgrade my humour circuit...😉

We Aussies tend to be a bit dry

Lets link to this in homestead slackers and see if we can't get a few friendly votes! The key to these competitions is community ;p

psst they ran away to discord

Oh my gosh Im lost! I've always been a bit behind ;p

Lol i understand! I just happened to have to check my email and noticed the announcement!

I nominate @mariannewest for this wonderful reward.

She is such a warm, giving, positive person, and the #freewrite tag she started has brought a community of people together to spend five minutes writing each day.

Here is one of her most recent posts:

I absolutely agree with everything @ellievallie says! And I personally appreciate that she is encouraging the participants to roam around, get to know each other, share some upvote love ... all the things that really bring a group together. oh plus she introduces the new people, plus she always includes some little helpful tip about steemit, etc. ... I've been so inspired, I've also started begging for upvotes and sp delegation ... for her!!! (not me)

This cracked me up! I totally agree, @mariannewest deserves the recognition! She is an amazing steemian and she deserves love, loads and loads of it! Joining the vote beg train for not me! :D

yes!! agreed with you, @mariannewest has my vote too !

Absolutely agree with this nomination for @mariannewest. She deserves it for sure. This is where my vote goes.

@mariannewest is such a wonderful lady! The amount of effort and consideration she puts into her #freewrite daily posts is incredible and appreciated! She takes the time to personally welcome each and every member that joins the group. She's genuine, bright, and has a terrific sense of humor!

Always late to the party but I agree with @ellievallie :) This soul @mariannewest deserves this amazing reward for single handedly uniting writers from all walks of life on Steemit!

@dbdecoy is a freelance web designer & business intelligence developer who has been working hard to help improve the quality of content and reduce system abuse here on steemit by developing database/blockchain reporting tools to provide insight into a number of abuse methods like tag abuse and comment spam.

This isn't glamorous work, nor is it very rewarding, never the less dbdecoy is committed to upholding and demonstrating a high level of standards and ethics here on steemit, and is slowly gaining recognition from individuals and groups on the merits of these efforts.

Please consider dbdecoy as a worthy candidate. And now for the voting come-all-ye...

I agree! They do a great job on the spam reports.

Thank you for your entry @neuromancer. Good Luck!!

This is my first time to participate in this contest, I will like to nominate a good man Here who is always there to help and feed the minnows to grow up her post are usually to helpings minnows feed daily, education Steemians to avoid being fall victims of scam based on her life experienced and give support to fellow steemians, in person of @xpilar.

Thanks for entering @davidad. Good Luck!

Arbitrarykitten is bringing awareness of the dying species on her blog, while being educational and entertaining

Hi @dv8 :) Thanks for your entry. To make sure you have a valid entry, please read the rules carefully.
Good luck!!

I nominate @Whatisnew for the promotion because of the consistent quality of the posts on that blog. There are many interesting and well thought-out posts in the nature letter series there that I enjoy and think are under-voted.

Thanks for entering. Good luck @godo!

Hi @stsl, I wish to nominate my fellow steemian @manchow. He just joined in October 2017. His posts were all well written and interesting. Here is one of his latest post https://steemit.com/photography/@manchow/a-photo-a-day-2-the-dark-side-of-development-20171027t32321135z.

Thank so much for organising this contest. Have resteemed and upvoted.

I see this competition as very good one to appreciate those who has been posted awesomely ..I will like to nominate @bitcoincompany his a nice guy his post is all about crypto currency updates especially Bitcon and others who might benefits to steemians and health-exercise.

Thanks for your support @dabbey. Good luck with your nomination!

I'd like to nominate @unlockrs who has been writing some interesting stuff about different cryptos and crypto markets. His latest post is KuCoin is a new exchange that launched in August 2017

Thanks for entering @buggedout. As a delegator, if you win, you will be able to cede your portion of the upvot es and /or SBD prize to another Steemian.
Good luck!

I nominate @phunke she is good i have been following her post on steemit.

Thanks for entering @iloegbunamagnes. Good luck!

I would like to point out that we actually have little to no control over many of the upvote bots. It would be much better to make each person write at least "vote" in a subcomment. You know in my ever not so humble opinion ;-) Besides ... it would increase your post's interest to the trending algorithm. Again, just say'n.

Thanks for the advice @marillaanne😁 I will definitley look into your suggestions. I know there are certain bots ehich are beyond our control, and so when I spot them, I exclude them from the vote count. Counting votes is also much easier than counting comments, and can be sorted in the commnets list. I alsp like my participants to get some reward out of their nominations.

I'd like to think the nominator would receive upvotes as just a normal response, but we all know that upvoting comments can be neglected at best and a scarey mystery at worst. So you're on to something there. As long as you're aware of the random upvoter bots. But watch out for @pixresteemer. Not a bot and not a spammer :-)

this is a special hastag team australia @stsl?

Hi @atika. #stsl is my own tag. I use the other tags as they are the communities I am supporting. Anyone from anywhere on Steemit can enter :)

please permit me your promo post in indonesian language, that even if you agree.@stsl

Thanks for the offer @atika. A resteem is greatly appreciated, but I would prefer to keep all my posts an promos in English so that I can reply directly to any questions.
You are welcome to make a nomination and then write a post with a link to this one, for your followers to support you by upvoting your entry and this post. Be sure to make a new reply on the original post so your nomination doesn't get lost :)