Steemit Communities/Hive: What's All The Buzz!?

Two days ago the @steemitblog announced that Hives (or Communities) were almost ready to be implemented on the Steem blockchain. They also gave an overview of the implementation, functions, and benefits of the new community features. Today I'll go into detail about what this means for us as Steemit users and what to expect when they launch. 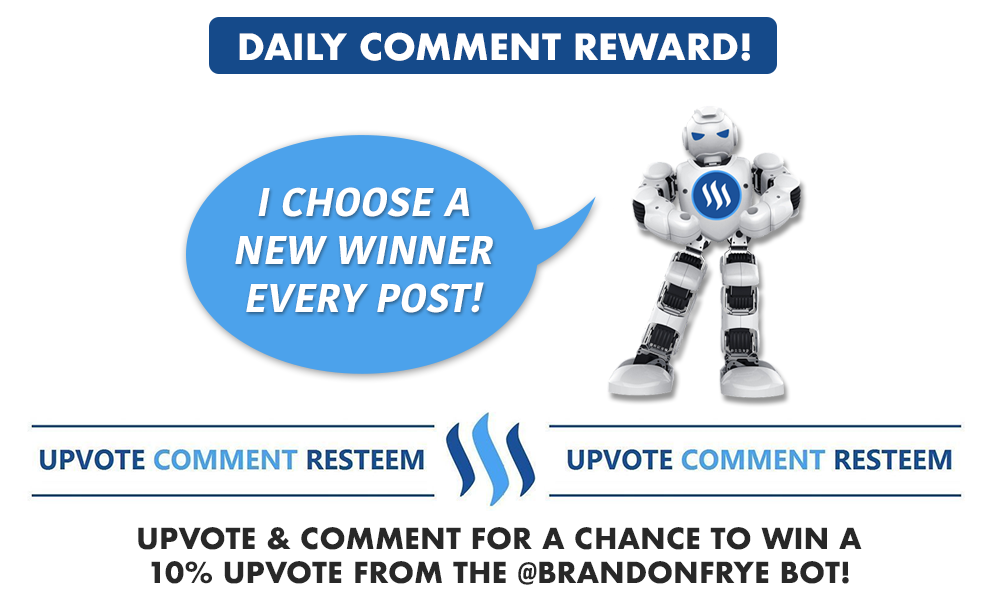 Submit
$34.79
80 votes
33
Authors get paid when people like you upvote their post.If you enjoyed what you read here, create your account today and start earning FREE STEEM!
Sort Order:
[-]
heaterville (67)  ·  2 years ago

This sounds promising, me being an artist i would love to be in a community totally focused on that within this blockchain!! Very useful. Im hype about it but not sure how its going to look!!

That's what I'm interested to see... how it will be implemented and appear from the user interface. Should be very good for the entire Steem platform though. :)

thats big!! Salute and Thank You!!

Personally HIVE will help me a lot . I have some areas to produce contents on , but just dont know if i need a more controlled/selected group environment . Facebook group is what i want to replace into . I am sure many others are feeling the same. Also the readers (who genuinely need constant quality contents) needs to cruise easily without some crapy contents in the hot/trendy list. Much needed update from steem , looking forward to that . And as always great explanation . Thumbs up

Great points about the community aspect of this. I know personally I would love to set up individual communities for my different businesses / endeavours and bring people to specific groups.

That would attract so many more to the platform if we could tailor make and manage our individual communities and members.

It’s going to be interesting seeing the different communities that grow from this. And you’re absolutely right; we should see a lot of growing interest in the platform due to this.

As a Reddit user in the past, I see some benefits of implementing a more organized site. It would also help get the content where the user wants it for quick access. However, I do have some concerns on how some communities will be created and the process of assigning moderation roles within them. I cannot see how a decentralized approach could work under this framework. That concern extend when thinking abiut restricted communities as it will foster centralization on the platform from my opinion.

I was hoping somebody would chime in with experience on Reddit. I was pretty sure this would be similar but neve really used reddit myself.

I’m not sure if this will have any impact on Steemit’s decentralization though. The functions being implemented seem similar to the same control somebody has over their own channel. It’s just being extended to other users to manage and post to. But we’ll see.

Its a double edge sword. Moderation is necessary to get rid of spammers/scammers/abusers. But since there is an income stream attached to it, mods will be forced to use their power well. Centralization of power via SP holder is already here...i see this new feature as a way to counteract those who yield too much voting power.

This is good news. One problem I have with Steemit is the lack of organization of topics and communities of interest. Looking forward to the addition.

Your post had been curated by the @buildawhale & @upmyvote team and mentioned here:

I use Reddit and post on there occasionally and this does seem like it will be similar to a subreddit, to which I'm subscribed to several. I'm really looking forward to when this is released and I'm sure it will make it a better user experience for everyone.

Thank you for the information. I have a lot of learning to do :) I will have to binge watch your steemit videos to get caught up lol

Want to promote your posts too? Send a minimum of .10 SBD or Steem to @brandonfrye with link in the memo for an upvote on your post. You can also delegate to the bot for daily passive earnings and help to fund the @minnowfund initiative. Learn more here

It looks like some interesting changes are going to happen for creating and administrating communities. What is still missing in my opinion is that an individual poster still can't choose who can view the content and who shouldn't, just because it is based on followers and not a friends list.
Thanks Brandon for keeping us up to date :)

For sure, big UI change coming soon! I'm looking forward to it. And I think you're right; we should be able to, at a minimum, block people from seeing our content. This could prevent flagging wars.

I have a facebook group with more than 19,400 members and I am using it for people to resteem each other and I upvote them with my team for a little reward, it's will be good if they create groups in steemit, I like groups, it's very good to improve our communities there, I care a lot about resteem option because I don't like when people resteem other just because they earned a lot but not because the post is providing value. Decentralized groups it's just amazing.

Thanks for keeping us informed about all the new additions to steemit. A very valued function for me.

The Hive idea reminds me of groups too. I ran several poetry groups on FB. They were a lot of work to run, but b/c FB limited feed space, for its non-paying users, the reach and scope had a ceiling. They had small utility but required a lot of effort. Only so many eyes and far too many wanting to be seen. But I suppose if you get in there early.

On the being seen thing ... have you thought about putting your face on the thumbnails. It would make your posts more readily identifiable in feeds. I skip over most of the re-esteems that appear on my feed ... lol ... I am sure am not the only one. Your thumbnails have a look of something that has been re-esteemed. Faces tend to catch the eye more than graphics

You're welcome, I'm constantly trying to stay up to date with what's happening here on the blockchain. And I'll give some thought to your thumbnail idea. I do try and keep them looking consistent (same color text, etc.). I just don't want to end up like all the vlogs out there with the "omg" face in their graphics lol. But I know what you mean.

You mean those YouTubers who always have a Macaulay Culkin-in-Home-Alone face in their thumbnails? Yeah, that is annoying.

Interesting stuff! For me as a minnow, trying to make connections and failing, maybe that will be a help. I hope so. Anyway, it's good to find people like you, Brandon, spreading good information and good vibes. Thanks!

I am definitely excited for this level of interaction with the Steem blockchain. Communities will help to enhance the overall well-being of Steem as well as committed authors who are building a strong following. Looking forward to the release as I will no doubt be an early adopter of this new advancement.

Hmm, This Sounds Interesting! You Should Make One! I Wonder Why They Associate Us With Bees Though🤔. Oh Well We Are Very Buzy People!

Thanks for the summary, I've seen someone mention steemit communities before, but didn't look into it then.

I can't wait for hives maybe then my posts will stop being buried and i can find communities that interests me. To be honest i have of lately been on here less, but i'm trying to keep going hives maybe the saving grace for those of us who are feeling discouraged.

Nice info. Could you notify in every post, who's comment was the previous posts winner and got a upvote from your bot ? Thanks

wow!
nice & informative one..
thanks for sharing your valuable post with us..
@upvoted & @resteemed