WordPress Steem - Update and Statistics as of October 2017

It's been over 4 months since I released the plugin and I'm happy with how it turns out to be.

Before I have the idea of developing the plugin, I've first encountered Steem last May of 2017 when I was checking different cryptocurrencies on a website. I was kind of researching for coins to invest in and I'm curios with different coins with different kinds of solutions tackling different real-world problems. After a few weeks, I was digging some Steem post and found out that there was a request for creating a plugin that will integrate with WordPress and Steem blockchain. Though there were numerous users who have similar initiative to develop it but wasn't able to. So I began developing it early June of 2017 and announcing that I'm on the road of releasing a working product.

I'm happy that there were users who positively acknowledges the usefulness of the plugin. :)

There have been 6 updates since I released the plugin last July of 2017. The plugin has greatly improved because of the community's feedback about it. I'm just happy that the people that used it find it useful. (I bet they've increased their productivity with the use of this plugin seamlessly integrating their existing WordPress website and to Steem blockchain!) :)

I'm just astonished with how many users have been using the plugin. It just gives me the inspiration to keep on developing and improving the plugin. :D 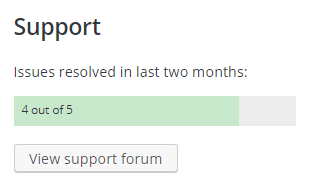 If you have any suggestions or you are a technical person who knows UI/UX, PHP, and/or Steem, you can freely contribute on the GitHub repository. :D I'm really thankful from the Steem community for contributing on the plugin's development in terms of their feedback, testing the plugin, reporting bugs, voting the Steem post announcements, and who morally supported me. I really appreciated those. :)

Thanks for your work on this plugin. I have been unsuccessful in getting it to work, wondering if others are having similar issues? I get the 300 seconds timeout error. Tripled checked my private key and other settings.

Same thing happened to me.But I couldn't get it solved yet!

Please be reminded that there is a 5 minute cooldown when creating a Steem post in the Steem blockchain. 300 seconds left to do another post action.
All time

Excellent work. Thank you! How difficult is it to make the same plug-in for Golos? This is the Russian fork for Steem (https://golos.io).

Hi @recrypto, do you still support the plugin?

I just added it to my site. Thank you!

WordPress doesn't need to create their own crypto, they could just use SMT's or one of the other Tip users or something.

I don't know if this works for other people but It does not work for me anytime. It always displays "wait 300 seconds" error but it does not countdown or do anything.

The plugin has totally stopped working (i.e. Posting to Steemit) on both my sites. I am using the new version. Nothing happens when I post in Wordpress. However in the URL I see a "steem_cooldown_error"

I'm getting the cooldown error also

Same here - nothing shows up on Steemit.

Getting the same error.

Just installed the plugin in my WP blog.

Hi recrypto, great work, I am developing a website myself and spend a couple of days fighting with QuillJs to find out you are miles ahead of the game.
Will it be possible to make use of the plugin on my website?

Congratulation @recrypto for making this plugin available for WP users. Looking forward to try it on SteemQuebec.com website and give u some feedback.

That'd be great. Looking forward to that! :)

How is steemful coming along?

I downloaded the current version you have from the wp downloads and added an function edd_is_gateway_active() with a false return to wait updates. ;)

Thanks! Greatly appreciate it. :)

Hi @recryto tried to use your Plugin but its not responding.

What's your issue with the plugin? Please make sure to properly set the settings found on your admin dashboard. Have you placed the right Steem username and Steem private posting key?

I have but it had stopped working @recrypto. I tried to create a support message to that effect but it all seems not to be responded to so far. You can check the @Wordpress forum page for the tickets.

And we appreciate YOU. It allows us Wordpress bloggers to automatically be Steemit authors. Now I need a plugin to make me post more often... LOL

That could be possible. LOL :D

did you test your plugin on WordPress 4.9.1? It doesn't seem to work for me

I want a guide video. Please upload to dtube

Hey, it's an awesome plugin with tons of potential. I've got it installed on my personal blog, and now I am incorporating it into our Ecobrick movements app. Upvoting and following!

@Recrypto, please help us work on this plugin. It is not presently working with all #wordpress blogs. #Wordpress-Steem. Thanks

If i want to Post something over WP-steem i got the messenge:
Please wait for 300 seconds to be able to publish this post to the Steem blockchain as there is a 5 minute cooldown.
But i cant do anything.

Can you help me?

Hey!! I'm excited to use this but like an idiot i put in the wrong posting key, i didnt use the private one. how do I update the wordpress steem plugin with the correct key? Thanks

I figured it out, but its still not posting to steem... any ideas?

Hello,
Thank you for this valuable contribution to the community. I'm a web designer of 20 years and as most people know 60% of the worlds websites run on wordpress. This tool could allow people to monetize their site content without having to junk it up with ads and is likely more profitable, I'm SO excited to get this plugin working and installed on tons of sites.

I tried the available download and it didn't work though, I get a cooldown error and no post generated.. I wonder if it is using the wp cron job or if the cooldown message is steem related? anyway, I plan to find out.. I forked the git repo and want to try and contribute to this development..

I'm on Discord mogu1#9892 feel free to hit me up, is there a group or anything established for this now?

Looking forward to getting to know everyone and can't wait to get this working.. SO needed!
Jay

Hi @recrypto, I just installed your plugin for Wordpress.....my website is no longer working..... 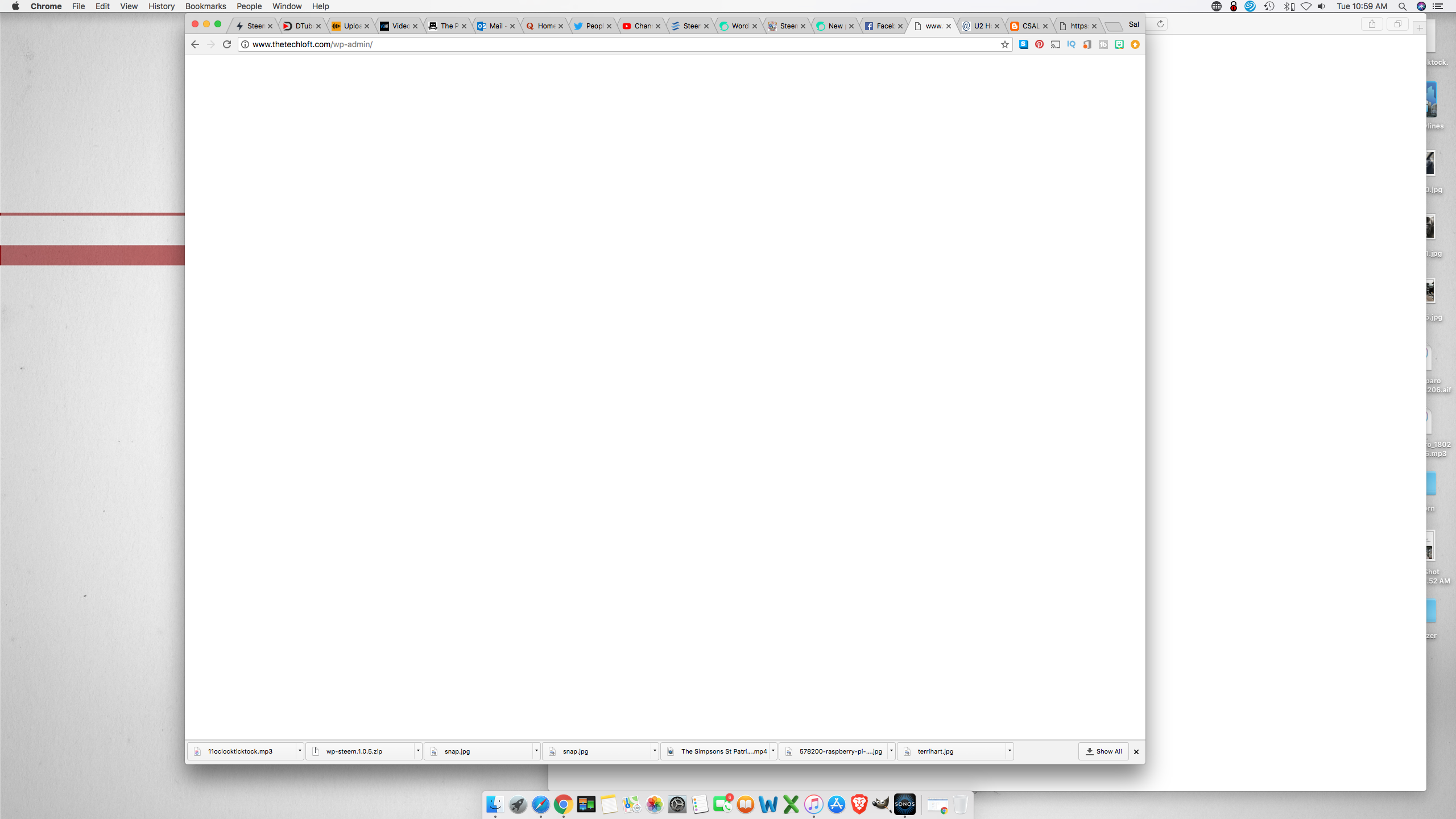 QUESTION does the plugin work with wordpress.com also? or just workpress.org where you have to download wordpress then your plugin?
Because there are 2 form of setting up with wordpress! -- image is of wordpress.org/download/
Screenshot_4.jpg

Mentioned you in a new post, with some code you should steal from me... https://steemit.com/steemit/@wolfeblog/wordpress-steemit-theme-hack

Very good - I will probably be using this for a friend's site soon - so I'm glad to know you are supporting it. I am a software engineer, so I might make some changes too - are you open to pull requests on github?

That's cool. Yes, sure. Please feel free to submit pull requests and I'll check it out. Thanks! :)