I made hundreds of dollars a day simply sitting next to a table or even a blanket on the sidewalk and displaying my creative endeavors.

You don't need a permit to do it.

If you read this all the way through you will have a sound comprehension of the law,

and then you have the most powerful tool at your disposal for making lots of money selling your creative works directly to the public at large. 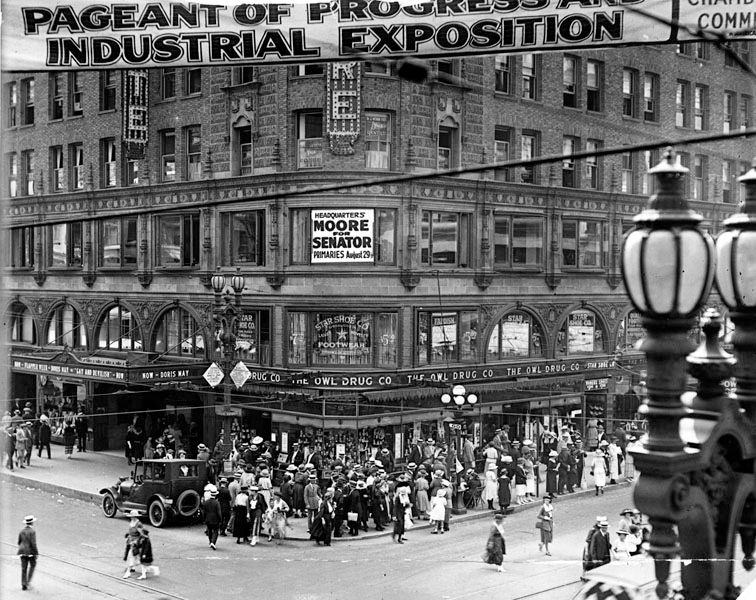 The Supreme Court established the doctrine of the public forum in 1939,

when it ruled in Hague v. Committee of Industrial Organizations that government may not prohibit speech‐related activities such as demonstrations, leafleting, and speaking in public areas traditionally provided for speech. Such places have historically served as essential vehicles of communication, especially for groups who lack power or access to alternative channels of communication. In Perry Education Association v. Perry Local Educators' Association (1983), the Court ruled that the level of First Amendment protection depended on one of three types of forum being used.

“Traditional” public forums are those established by historical practice or government fiat.

Governments may not close these forums and must provide reasonable access to all speakers regardless of the viewpoint they express.

Controversial speech in such forums may not be restricted because of the reactions of the audience (“hecklers' vetoes”) unless police reasonably anticipate imminent disorder (Gregory v. City of Chicago, 1969). 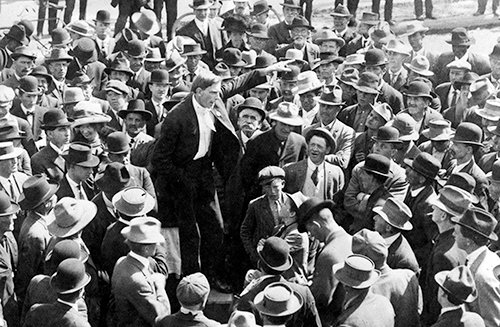 Areas the Court has designated traditional public forums (before and after Perry) include:

streets or sidewalks adjoining such public buildings as: and necessary to achieve a compelling social or governmental interest. For example, in Frisby the Court held that a city may protect residential privacy by prohibiting “focused picketing taking place solely in front of and directed at a particular residence." 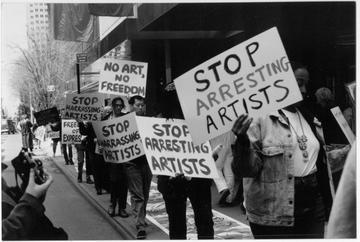 In Goldstein v. Town of Nantucket the United States District Court ruled on Sept. 25, 1979 that

"By its terms, the First Amendment forbids infringement of the right of free speech. The Constitutional protection of free speech, moreover, applies broadly to various forms of expression, literary, artistic, political, and scientific... The Constitutional guarantee, however, does not confer absolute protection from government regulation of public expression. States may impose reasonable and impartial regulations upon the time, place and manner of public expression. But streets, sidewalks, parks and other similar places are historically associated with the exercise of First Amendment rights" Amal. Food Emp. U. Loc. 590 v. Logan Val. Plaza, 391 U.S. 308, 315 (1968), and "the Supreme Court has consistently condemned licensing systems which vest in an administrative official discretion to grant or withhold a permit upon broad criteria unrelated to proper regulation of public places." Shuttlesworth v. City of Birmingham, 394 U.S. 147, 153 (1969).

The Supreme Court observed that

"the notion of unprotected 'commercial speech' [has] all but passed from the seen."

"Indeed, speech . . . is protected even though it is carried in a form that is 'sold' for profit"

"The fact that plaintiff accepts contributions of passersby during his public performances, thus, does not dilute plaintiff's protection of the First Amendment.

The Court continued by saying

"The requirement of merchants' [business owners] approval is irreconcilable with freedom of expression.

It is unqualified censorship and it is just what the First Amendment forbids. The prayers for declatory and injunctive relief are granted. Pursuant to authority granted by 28 U.S.C. 2201, the Court determines and declares that the Transient Vendor Bylaw (Effective August 24, 1978) of the Town of Nantucket, Massachusetts is unconstitutional as applied to plaintiff." 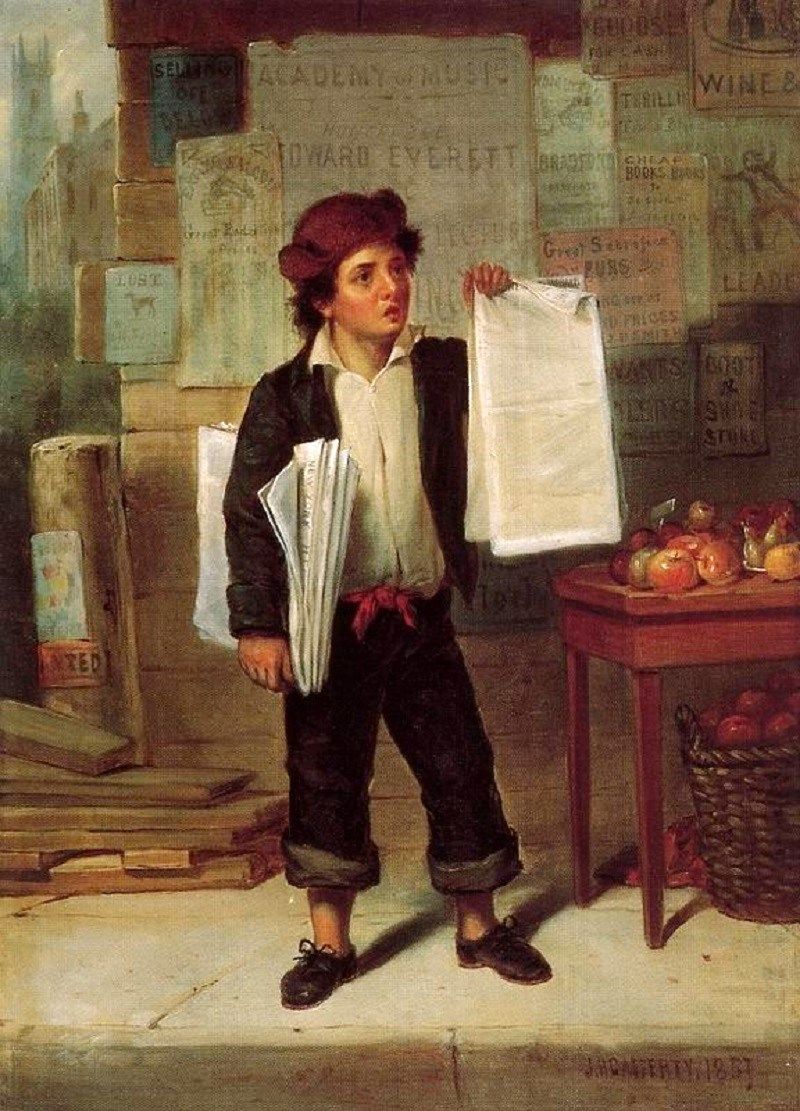 All forms of visual art are protected

United States Court of Appeals for the Second Circuit, Bery v. City of NY on October 10, 1996 stated that:

"the City apparently looks upon visual art as mere 'merchandise' lacking in communicative concepts or ideas. Both the [lower] court and the City demonstrate an unduly restricted view of the First Amendment and of visual art itself. Such myopic vision not only overlooks case (common) law central to First Amendment jurisprudence but fundamentally misperceives the essence of visual communication and artistic expression. Visual art is as wide ranging in its depiction of ideas, concepts and emotions as any book, treatise, pamphlet or other writing, and is similarly entitled to full First Amendment protection. Indeed, written language is far more constricting because of its many variants--English, Japanese, Arabic, Hebrew, etc.--among and within each group and because some within each language group are illiterate and cannot comprehend their own written language. The ideas and concepts embodied in visual art have the power to transcend these language limitations and reach beyond a particular language group to both the educated and the illiterate. As the Supreme Court has reminded us, visual images are ‘a primitive but effective way of communicating ideas. . . a short cut from mind to mind.’

"Furthermore, to tell appellants that they are free to sell their work in galleries is no remedy for them.

"They might not be at a point in their careers in which they are interested in reaching the public that attends exhibits at art galleries--if, indeed, they could get their works accepted for showing. Appellants are interested in attracting and communicating with the man or woman on the street who may never have been to a gallery and indeed who might never have thought before of possessing a piece of art until induced to do so on seeing appellants' works. The sidewalks of the City must be available for appellants to reach their public audience. The City has thus failed to meet the requirement of demonstrating alternative channels for appellants' expression.

"On the basis of this record before us, the City's requirement that appellants be licensed in order to sell their artwork in public spaces constitutes an unconstitutional infringement of their First Amendment rights." Remember: you can SELL

"The items sold here include music, buttons, and bumper stickers bearing political, religious, and ideological messages. These are expressive items, and they do not lose their constitutional protection simply because they are sold rather than given away.

In Riley v. National Federation of the Blind of North Carolina, 487 U.S. 781 (1988), the Supreme Court found that where the commercial and expressive parts of speech are "inextricably intertwined," a court could not parcel out the protected and unprotected parts of the speech.

Did you find this helpful? Show your support!

This article represents hundreds of hours of research.

Upvote & Resteem! Love you all!

Good info.. I hope I can remember 25% of this next time I'm harassed for playing/selling my Stix

Oh man, right?! But honestly, this is not something you want to argue with the police. They don't care. It's the judges job to hear these arguments. My advice is that if a cop tells you to stop, unless you're prepared to defend your rights with the judge, just stop and move on. Sometimes a few cops I've ran into understand this part of the law, but they aren't the ones who bother you.

More often it's the adjacent business owners or residents who need to be informed, for they are usually the ones calling the cops. I wrote and printed a pamphlet that an artist can distribute to local businesses explaining their rights to perform and sell. I'll try to get that back online soon.

Also, I have a legal argument already prepared for those who wish to defend their rights and are willing to accept a ticket. But it's a much better idea to find a place where this kind of activity is already accepted by the community. You probably have your "spot". A lot of street buskers and performers have found where they can go from trial and error. I hope to show that perhaps there are more "sweet spots" to sell and perform than one realized. :)

I wonder what the laws are in Canada... I've been reluctant to sell that way, or door to door, because of bylaws etc... But it would really make a huge difference if I could sell that way without worrying about tickets and having my art/merch seized

Door to door gets tricky. But Canada does have the Queen's Bench and is a common law nation. To use the common law you must simply look up and know and all the court cases that have ruled in favor of your cause, and know if there are any that have ruled against it. If there are none then sometimes cases from other countries, such as the U.S., would be allowed. But no doubt the Canadian common law probably has something to say about free speech in public places. ;)

Cool. Lots of people do that here not just for art but almost anything. They are more of illegal sidewalk vendors though. :D

I did read this article. <3

This post has been upvoted and picked by Daily Picked #13! Thank you for the cool and quality content. Keep going!

Don’t forget I’m not a robot. I explore, read, upvote and share manually :)

Sneaky Ninja Attack! You have just been defended with a 2.18% upvote!
I was summoned by @artopium. I have done their bidding and now I will vanish...