The Shipwreck of Amphitrite (2/2) 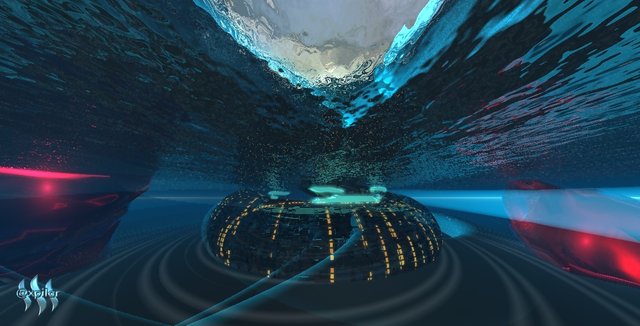 The Shipwreck of Amphitrite (2/2)

-Well, I don't think there's anything to discuss, we have to take it out, -said Cinthia resolutely.

-I'm not going to discuss it, bring it back to the probes, I'm going to submerge the ship, I don't think we can elevate it with the containment field, we'd catch part of the seabed, -replied Patricio, while observing the simulation projected on the ship's dashboard. We will have to use floats and then recover it on the surface.

-You'll call me crazy, but I want to get into the capsule first, I'm going to wear the underwater suit, -said Cinthia.

-I won't object, anyway, we'll need someone to come out to help fix some of the floats, I don't think the arm of the ship can reach some places, - commented Patricio.

-I want to see the pilot, before I take out the capsule... -said Cinthia -. There were few girls among the scout pilots at that time, I know it's silly, but I want to know her.

-The capsule is full of water, so there's no risk in opening it, but I don't think it's easy, I'd say it's better to do it on the surface.

-I don't want to wait, it might take us a couple of hours to fix the floats. If I can't open it, then I'll wait for it to be outside, - said Cinthia.

A few minutes later, once the ship was submerged, Cinthia swam around the capsule, observing its structure.

-It looks remarkably good, it seems to be in good enough condition to bring it out of the water, I don't think it will break apart or anything like that, she paused, as if in doubt of her decision. I'm going to open the gate, I don't think the explosives still work, so I'll use the plasma torch and you'll give me a hand with the arm of the ship.

-Go ahead, I'm waiting for your instructions, - replied Patricio.

Cinthia cut the hinges of the hatch with the torch and then, with the robot arm of the ship, they pulled it out of its place.

Cinthia observed the hole in the capsule and a sensation of panic wrapped her, it was like seeing the empty black space, she hesitated for a few minutes, while looking at the complete darkness that filled the small enclosure. Finally, summoning up her courage, she decided to enter.

-Here I go, you're recording this, aren't you? -She asked Patricio, who was attentive to the projection of her camera.

-Of course I am, - replied Patricio, with a choppy voice.

With difficulty, the lamp of the underwater suit, managed to overcome the darkness of the cabin, the place was an almost completely empty space, a synthetic blanket floated ghostly in the middle of the circular space of four meters in diameter. These old capsules had been designed in such a way that they served as refuge to the pilot while he was being rescued.

The lamp illuminated a variety of almost unrecognizable objects, which were scattered across the floor, as if the pilot had been living in the capsule before she died. As she looked up and illuminated the ceiling of the capsule she could see the pilot's body floating in what appeared to be some kind of bubble, still dressed in her flight suit.

-What the hell is that?- exclaimed Cinthia. -Are you seeing it?

-Yes, I do, but I have no idea what it is,- replied Patrick.

-The suit looks intact, the bubble seems to be some kind of liquid, it doesn't seem to be air,- said Cinthia, as she stretched out her hand to touch the strange bubble.

When her fingertips made contact, the bubble dissolved into thousands of smaller bubbles that disintegrated all over the capsule roof, while the pilot's body slowly floated to the ground.

She approached the pilot, her suit seemed to be holding pressure inside her, she had fallen sideways, grabbed her by the shoulder and turned to see her face. She almost shouted in surprise, when she saw that the woman's face looked intact, under the glass of her helmet.

-The body is intact,- she said, recovering from the impression- If she were not more than seven thousand years old here, I would say that she is asleep.

Then she felt as if she was being squeezed firm and she could see the hand of the pilot clinging to her wrist, she tried to escape, but could not, then when she saw the woman's face again and from inside the helmet, her deep black eyes looked back at her.

Other stories from the series Amphitrite´s Shadows