The Shipwreck of Amphitrite (1/2) 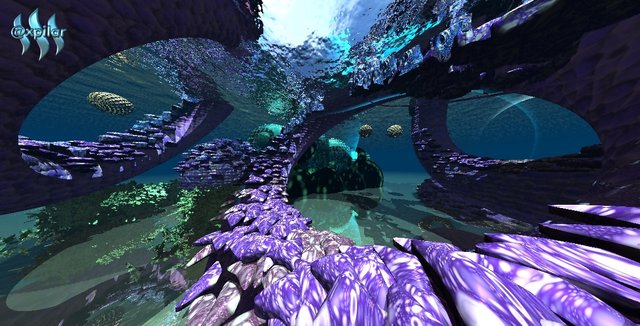 The Shipwreck of Amphitrite (1/2)

-There it is, right where the laser sensors had detected it, its shape is almost unrecognizable, do you think it is one of the colonizers? -asked Patricio, while guiding the cameras of the observation probes.

-Their form is not the same as the ones we know, Perseus, Andromeda, Fenrir and Orpheus were exactly the same, and they did not resemble this one. Besides, if it were one of them, it would be bigger, - replied Cinthia, as she looked closely at the image sent by the probe -. This seems a little more modern, although it is prior to adaptation, because otherwise the terraforming systems would have warned of the entry of a ship to the planet, so it must be at least a thousand one hundred years old here.

They continued traveling around the remains of the ship and found a few hundred meters away an escape capsule, possibly coming from the same ship, inside, according to the scanning of the probes, was what appeared to be the pilot's body.

-We have the pilot in the capsule, he must have left the ship and been trapped in a broken capsule that sank into the ocean, -said Cinthia.

-Remember that until about a thousand years ago the surface of the sea in this region of the planet was completely frozen, rather he and the ship must have hit the ice, the strange thing is that neither the ship, nor the capsule show features of having collided with the surface, seem to be in relative good condition -explained Patricio, even reviewing the records -. As far as we know in this region there are no records of ships missing in the last seven thousand years, as I told you, it hasn't been a very crowded region.

-Its appearance reminds me of the old exploration ships at the beginning of the expansion, when the network of bridges began to be created. Check how many of those ships disappeared in this region.

-In advance I say to you that none, this region had not been populated at that time, the bridge that leads here was inaugurated two thousand three hundred years ago, before that, nobody had ventured -said, while it continued manipulating the registers using its neural interface -. Wait, there's a case of an exploration ship that's still missing, but it goes back to the era of the beginnings of the expansion, it's a one-man ship. The truth is that I admire these guys venturing out on their own, who knows where, just to map unknown sectors. The ship was the PGL2034 according to records has been missing for more than seven thousand eight hundred years ... - paused, then exhaled a snort of disappointment -. Forget it, it can't be this one, it was lost almost two hundred light years from here the last thing that was known about it was an emergency signal coming from Eolo's orbit, then it disappeared completely.

-Wait, what did you say the identification of the ship was? -asked Cinthia, who still saw the images sent by the probes.

-Its code was PGL2034, the name that is associated with it is "Narval" - replied Patricio, who kept his attention in the records.

-Look at the image of the probe and tell me what you think? - Cinthia said, in a gloomy tone.

Around the escape hatch of the capsule written in an almost disused form of the alphabet, was written: "Narval, PGL2034, Cerbero, Captain Isabella Morales".

-It seems that there was someone who arrived here more than seven thousand years ago... and it was a girl, -commented Cinthia, with a sardonic smile on her face.

Other stories from the series Amphitrite´s Shadows

Congratulations @amart29! You have completed the following achievement on the Steem blockchain and have been rewarded with new badge(s) :