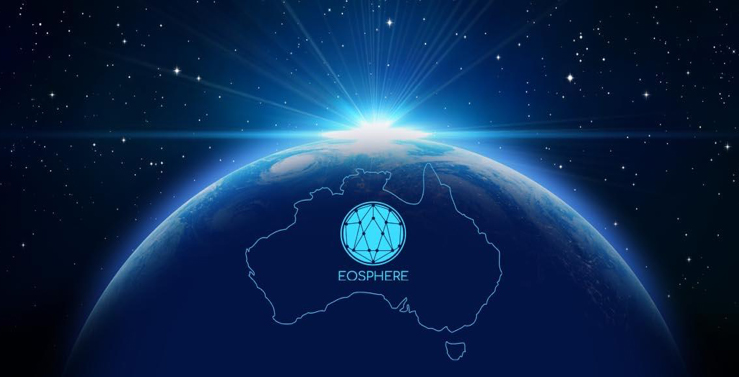 Welcome the very first edition of the EOSphere EOS news digest where we aim to provide an easy to consume summary of recent EOS news and developments.
If you have any feedback or suggestions for inclusion please let us know in the comments below. This was block.one's second major EOS VC partnership in as many weeks. Mike Novogratz (“Novo”) who reportedly has 20% of his net wealth in digital assets has been very busy in 2018, having also just announced his intention to create Galaxy Digital as a full service digital assets merchant bank to be listed on Canada’s TSX Venture Exchange. We can’t wait to see what they do with block.one and this new $325 million fund dedicated to the EOS.IO ecosystem.

Weiss Ratings well regarded and famous for grading US insurance companies, banks, credit unions, stocks, ETFs and mutual funds for 46 years, issued their first ever cryptocurrency ratings report last week. The report, which has attracted significant criticism has awarded EOS a B, the highest investment grade of the 74 platforms/currencies Weiss rated.

Dan Larimer’s (block.one CTO) other projects scored comparatively high with Steemit receiving 'B-' and Bitshares 'C+' while the Bitcoin community we're outraged by Weiss awarding it a 'C+' investment grade.

Weiss have clarified the ratings are primarily “To help investors reduce risk and find the coins with the most upside potential” and intend to release more detailed ratings covering Risk, Reward, Technology and Fundamentals in future versions of the report.
source: https://weisscryptocurrencyratings.com/ratings/thank-you-for-your-feedback-130

The EOS.IO team led by Dan Larimer has released an early alpha of the Dawn 3.0 code for developers to use in creating their own testnets.

New features in this release include deferred transactions - which supports features such as lost password recovery, staking pools, a new currency contract, and a new emerging token standard.
source: https://steemit.com/eos/@eosio/dawn-3-0-alpha-announcement

Active EOS community member César Rodríguez @kesarito has created a ‘block explorer’ for the block.one Dawn 2.0 tesnet at http://eostracker.io. The block explorer lists blocks, transactions, accounts and messages and has listed a number of enhancements he's already working on. The @eosgo team have produced two videos of the block.one CTO explaining the evolution and operation of Distributed Proof of Stake (DPoS) from Bitshares and Steem to what we have today with EOS.IO.

These technical presentations are currently one of the best sources of information on how EOS.IO will provide the levels of performance and reliability to support the needs of commercial blockchain applications. Dan goes into to detail on how DPoS combined with Byzantine fault tolerance (BFT) will support blocks times of 0.5 seconds with 99.9% finality.

You can review both videos from the @eosgo team here: Part 1 and Part 2

After a host of community activity and setting up one of the hottest community organised EOS meetups @eosnewyork have introduced themselves and announced their ambitions to represent the EOS community as block producer.

EOS Block Producers will form the backbone for a community launched blockchain based on the EOS.IO software and the @eosnewyork team look to be setting a great benchmark for this critical role.
source: https://steemit.com/eosnewyork/@eosnewyork/we-are-eos-new-york-an-introduction Kevin Heifner, Principal Software Engineer at OCI and one of the lead contributors to the EOS.IO software will be leading the online workshop on April 26th 2018. The workshop aims to enable developers (including non-C++ developers) to quickly learn the basics of EOS.IO distributed app (DApp) development, with a focus on back-end smart contract creation. Register here https://objectcomputing.com/resources/events/building-apps-with-eos.

Our very own Ross from EOSphere has produced this video tutorial on how to build an EOS development environment and run your own testnet to start learning and building EOS.IO contracts and DApps. Checkout the video here and subscribe to be notified our for more video walkthroughs we'll be producing soon.
Source: https://steemit.com/eos/@eosphere/building-an-eos-development-environment-from-source


Made with ♥ for the EOS Community! 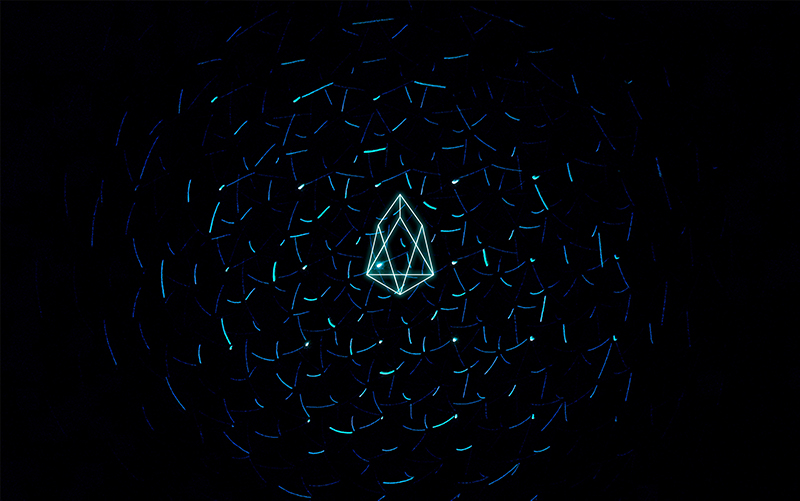 Mysterious reddit user eden_lake_ is providing free EOS wallpapers for desktop and mobile at https://www.eos-wallpapers.com and they are stunning! There are over 20 different designs to choose from - we'll be sure to keep the EOSphere spinning by sending him/her some EOS love right back! We saw a big shift in activity this week from last, no doubt related to the merging of the Dawn 3.0 Alpha Code to the default master branch. 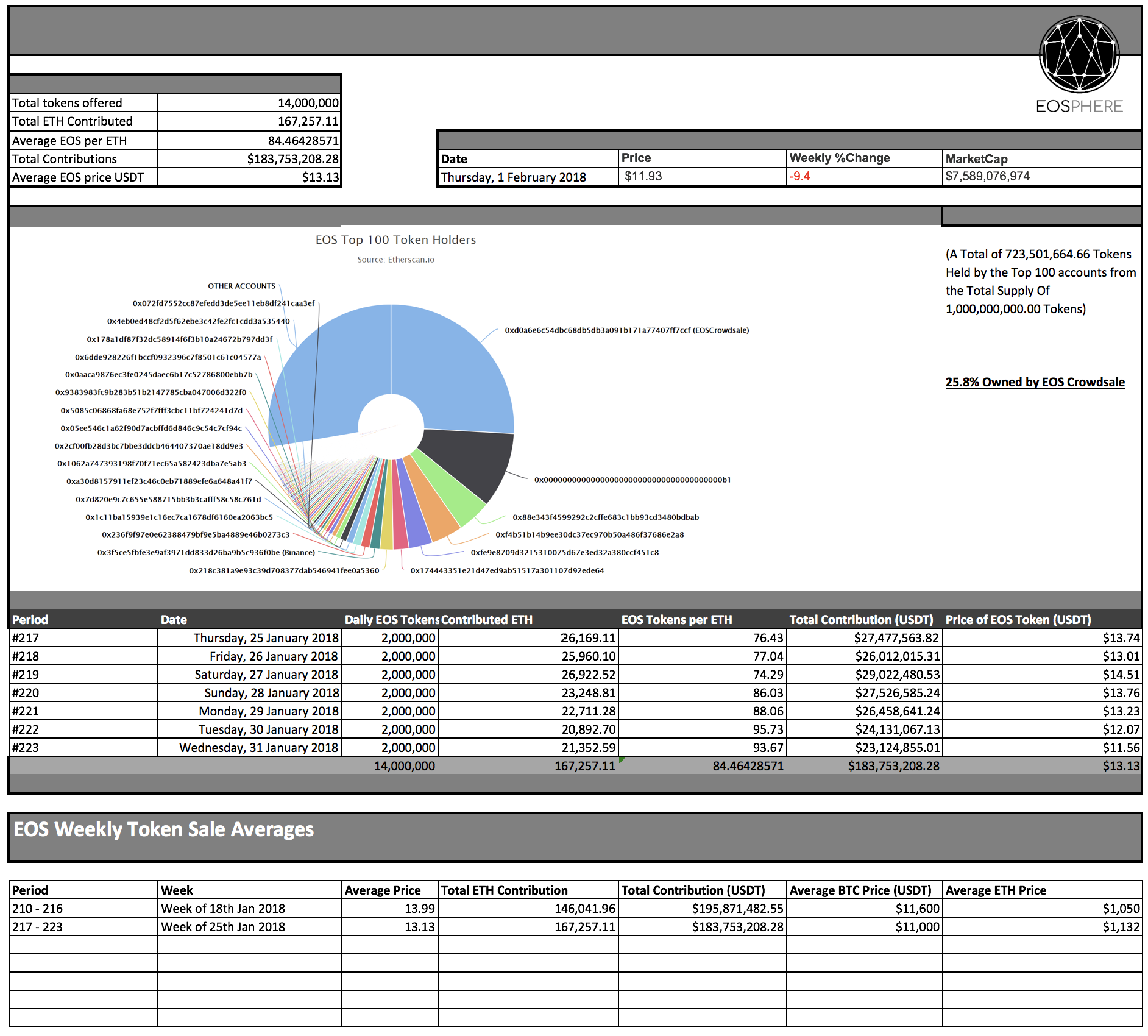 Crowsale contributions have been fairly consistent over the week, with the daily USD equivalent averaging around the $26 million for the period. It will be interesting to see if this average falls next week based on the recent weakness in crypto assets.

lets hope its worth investing

EOS is probably the hottest ICO on the ETH network. Can't wait to see it fulfil its potential as an "Ethereum killer". It has a great team and even more amazing roadmap if the team can deliver.

As long as the platform becomes more developer friendly, it could easily start stealing market share off Eth. It's probably still early and undervalued for a coin with such great potential in today's market.

Yeh you're right, Ethereum seems to be lacking usability and functionality, otherwise we would have already seen more real world usage. EOS could have the tech that Ethereum is lacking.

I would say that performance and scalability are the biggest differences between EOS and Ethereum.

Thanks for the information. Just bought more EOS this morning for under $8

Congratulations @eosphere, this post is the ninth most rewarded post (based on pending payouts) in the last 12 hours written by a Superuser account holder (accounts that hold between 1 and 10 Mega Vests). The total number of posts by Superuser account holders during this period was 1402 and the total pending payments to posts in this category was $14927.28. To see the full list of highest paid posts across all accounts categories, click here.

Wow! A very detailed article. Thank you for this informations :)

Found ya on trending and will be following for new updated news on EOS!

I will keep an eye out for you guys! thank you for the great article

This was a really good format for EOS news, I'd already heard most of it but I will be following and reading in future just in case I miss anything, thanks!

Great news, format and first edition. Keep
It up!

Congratulations @eosphere! You have completed some achievement on Steemit and have been rewarded with new badge(s) :