Daniel Larimer, CTO of block.one, took time to whiteboard DPOS for EOS Go to share with the community - as Dan called it, "possibly the first time I've ever explained DPOS on video".

EDIT - part 2 of this video is now available! Dan goes more in depth to explain the new BFT addition to DPOS for EOS to achieve irreversible confirmations in 2 seconds or less. He also compares the new EOS implementation with other BFT algorithms.

This is part one of a two part DPOS/BFT instructional video.

In part two Dan will go more in depth to describe BFT and how blocks in EOS will achieve 99.9% finality in 0.5 seconds, with absolute finality every 2 seconds or better.

This will allow dapps to provide a seamless user experience, a key step in bringing blockchain adoption to a wider audience.

What is EOS Go?

EOS Go is a community effort to launch EOS blockchain as envisioned by the creators of EOS.IO.

Anyone can participate in this historic event on June 3rd, 2018. Thousands of token holders will be required to vote for EOS to successfully launch; you can become part of EOS Go by educating others, writing articles, making videos, attending/hosting meetups and launch parties, writing the EOS constitution, picking data centers for block producing, and more.

If you're interested, please start by finding your role on the community forums and resteem or tweet EOS Go to help spread the word.

Telegram users can receive announcements for these daily summaries and other community updates here.

He mentions in the beginning of the video that we will just assume the block producers have already been elected and proceeds to explain the code part. Much needed!

But for those of you interested in the role, us humans have in the DPOS system, let me give you a quick explanation.

Each core asset is one vote. On Steem, it's the powered up STEEM token (VESTs) and on BitShares it's the BTS.

Users vote for block producers and their vote is proportional to their stake in core assets.
The candidates with the most votes are the ones that get to produce blocks and hence get block rewards.
Now if you are a bad blockproducer, the voters can remove their support (by removing their votes) and you will lose your position as a paid block producer, rendering you harmless.

So humans that have stake in the system (something to lose) get to vote in competent, qualified people while having the power to fire them if they misbehave and threaten the network which you have stake of.

So not only does the code's rules help to achieve consensus but also the actions of the token holders (us!) assist in defending against potential attacks.

Code by itself is not nearly as powerful as a system that has hardcoded rules AND monkeys incentivized to keep the system honest.

DPOS is the best thing out there at the moment. It's crazy that it's also the fastest and more economical! Not energy wasted (like in PoW)

Let's not confuse "consensus" the blockchain term and dilute it with other meanings, such as the not less interesting of course "popular opinion" or "human majority decisions".

Great content. I can definitely say I learned some things during the editing process. Thanks for all your hard works admins of EOS Go and making the effort to meetup with @dan personally. Great job. Looking forward to the release of video #2

Thank you to our Chief Editor @topkpop for the fantastic work! Fast, beautiful video editing and an amazing intro/outro - we couldn't be happier. Thanks again and looking forward to working with you in the future. Go EOS!

@topkpop,,,, I totally agree with your thoughts

Every new generation of Blockchain applications get better and better. Looking forward to seeing EOS in action.

this is so hard to understand.. so I was wondering how can the mass people with little or no technical knowledge can adopt to EOS

Thanks for making it simple

Great info, worth watching several times. I have so much respect for Dan, and thanks for uploading this.

A real trailblazer and pioneer in a fast moving field

This is awesome, all kinds of precedents getting set by EOS

very good information, thanks you for sharing this with us

This was much needed, thank you @eosgo.

@thejohalfiles he is really making us understand the real basics of dpos in bitshares and steemit...well done..we all cant wait for the part two of the video..am glue to my laptop...24/7...

Yeah i agree that was great!!!

ive written extensive on eos as well, i am presently stockpiling as much as i can afford via their ongoing ICO - i believe EOS (and perhaps Arcblock though im still waiting to be convinced by arcblock ) will ultimately replace ethers or at least rival it strongly as the driver for the cryptospace - also, i have faith in Dan Larimer especially given his antecedent

For sure. I think I'm going to start stocking up on EOS as well. I've sort of ignored it since I got burned out researching so many coins.

eos is definatly one to watch out for in the perspective! awesome choice in my opinion

@thejohalfiles I totally agree with your thoughts

Great explanation of the Steem, Bitshares and EOS. Looking forward to more of these videos.

This is the first I've really learned about EOS. There are so many cryptos out there it's hard to keep track!

I didn't understand very much, but thanks anyways!

This proven team is making great progress, should be an interesting June.

The best explanation on how DPOS works!

This video is great, I've been meaning to research EOS for a while.

cant wait to use this platform , very excited

Very exciting too see how EOS is going to function

Dan is simply a genius, Bitshares and Steem revolutionized the world of blockchains and EOS is going to do it again

Can not understand hardly any of the audio on this. Would it be possible for someone to transcribe this? WOW. Millions of dollars and no microphone?

Thanks for the explanation. I learned something new today.

Nice video. I'm quite interested to watch for the second one @eosgo

@tiffanyrej I totally agree with your thoughts

Is it just me, or does anyone else think that if you close your eyes, it sounds like George Lucas knows a shit-ton about blockchain technology?

Eos is a great coin almost as good as Tron

Tron is a good project but its gonna take time for it to moon.

LOL, Tron is a joke compared to EOS.

What in the world are you smoking?

@eosgo EOS was a university or not.?
because I am a little less understanding with video you create.
I hope you can explain briefly and clearly.

No, not a university. This is just the CTO of the company that created the eos.io software explaining how things work because there is a demand for this knowledge.

vote me please ..
I really need it for helping parents.
Please

All of Dans protects have been running wild in the markets this week. Guy is a beast. Can not wait to see what they all look like in 6 months. EOS could be #2 in 18 months.

holy crap give me the summary of this, I'll upvote this just for effort!

EOS seems to me will gain popularity and skyrocket. Lots of people been talking about EOS On steemit.

Thank you for your wisdom and post. I will look very much forward to the next!

Thank you for taking the time to explain a great coin. resteemed 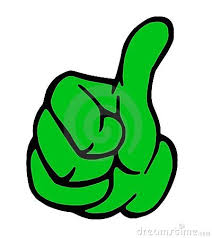 Pleasant video. I'm very intrigued to look for the second one @eosgo
Thank you for sharing

Did cardano stole thing from you @dan?

great work how do i work on it

thanks for his imformation

Whaaaa! How could you end it at that cliffhanger 'interblockchain communication' !!

Sometimes 24 hours is a looooong time

Yeah! EOS happened to be one of those cryptocurrency that has been underated and doing very well,and am still amazed people don't talk much about it. Very stable in price and has an awesome team behind it. I got no choice but to go big on this project.

I definitely that @ned will come and comment on this post for sure...divorced couples still showing much love to the community...

Yeyyy! Not so undervalued anymore, happy for you :D

P.S. Can you please also use D.tube to support the growth of the community. (Nevermind you already did :)

for tips, how to earn income like you @tata-g @eosgo

great video.... thank you so much for sharing this video.....

wall this is great

great to receive the knowledge directly from the source! :D

yeah,,,,I totally agree with your thoughts

Is great lecture on eos. Is interesting.

Great start, looking forward to the next video.

videos of interest, and I look forward to the next video, thanks

Okay, I don't have time right now but I really want to check out this video later because I don't know anything about EOS. I am interested in knowing more about some other cryptocurrencies that aren't necessarily available on the big exchanges like Coinbase. There is so much to learn out there!

Very cool to learn about this tech

ive written extensive on eos as well, i am presently stockpiling as much as i can afford via their ongoing ICO - i believe EOS (and perhaps Arcblock though im still waiting to be convinced by arcblock ) will ultimately replace ethers or at least rival it strongly as the driver for the cryptospace - also, i have faith in Dan Larimer especially given his antecedent

I learned a lot of things. Great video. Thanks for sharing.

Its interesting and all but it has some serious competition. Great videos though, found out some things i didn't know about cryptos.

thanks for the video, didn't know they still issue tokens

Great Video learned a lot on how this works. DPOS/BFT Thanks.
Eos is on a steady climb in price I would get some now before 10x by end of year.

Well eos go is more than interesting. I will check it out. Thanks

Wow... Thank you very much for your hard work on explaining the process through this great video, even a noob like me understand it quite perfectly ... I guess ^^ I also guess this irreversible confirmations in 2 seconds or less feature in truly revolutionary ? I can't think of another blockchain running faster thx ? Can't wait for part 2 :-)

thanks for his imformation

Great Info, thanks for sharing this. NEO is really interesting and it clears some of my questions.

wow! Very interesting! But I need to watch it again, to understand it fully... (I hope)
EoS will be big - that's quite a fantastic tech!
Semux is using a slightly similar approach to dPoS - dBFT: https://steemit.com/semux/@phash/grow-your-money-with-semux-pools

I'd be interested in knowing the difference between NEO's delegated byzantine fault tolerance versus EOS' DPOS+BFT.

Just by the sound of it, it sounds like they are the same?

Please resteem this post if you find this really interesting

EOS looks very promising in the next 2 years! They have an incredible team behind the coin, and i have a few myself!

very good content, this is about learning, thank you very much, success @eosgo

Great content, though there were somethings I didn't understand, maybe I'll watch again, expecting the second part in 24hrs

Thanks for sharing! Very Interesting

cryptocurreny, so much, cant keep up