cryptick (56)in #cryptocurrency • 5 years ago 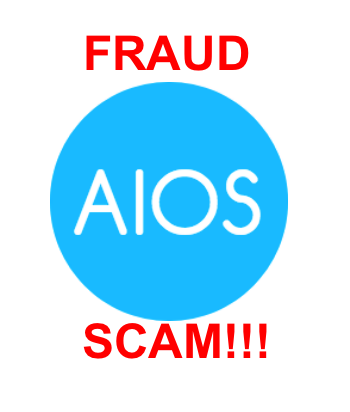 I am excited to announce that All In One Social (AIOS) has launched an updated SCAM website. Work of ripping people off continues with more languages now supported!

Check out their new look! Note: if you do not see pictures, go to the bottom of the post and click SHOW IMAGES.

And this is after launching the old website only one month ago.
https://www.whois.com/whois/aios.life

Now in case you need to catch up on the AOIS scandal:

First my story that broke it all…

A well written post on Integrity and Affiliate Marketing by @stellabelle

And two excellent in depth background investigative pieces by @isacoin

Now that you are up to date on the scam, let’s show off the new improved website and lighten up the tone a little bit!

Yes, There are so many ICO scams out there, and people do lose money. But we can still to have a little fun. Apologies to all those who are offended. I would especially like to apologize to you if my humorous attitude in this post bothers you or offends you while you try to con, steal and cheat people out of money.

Exciting news… There is going to be a video! 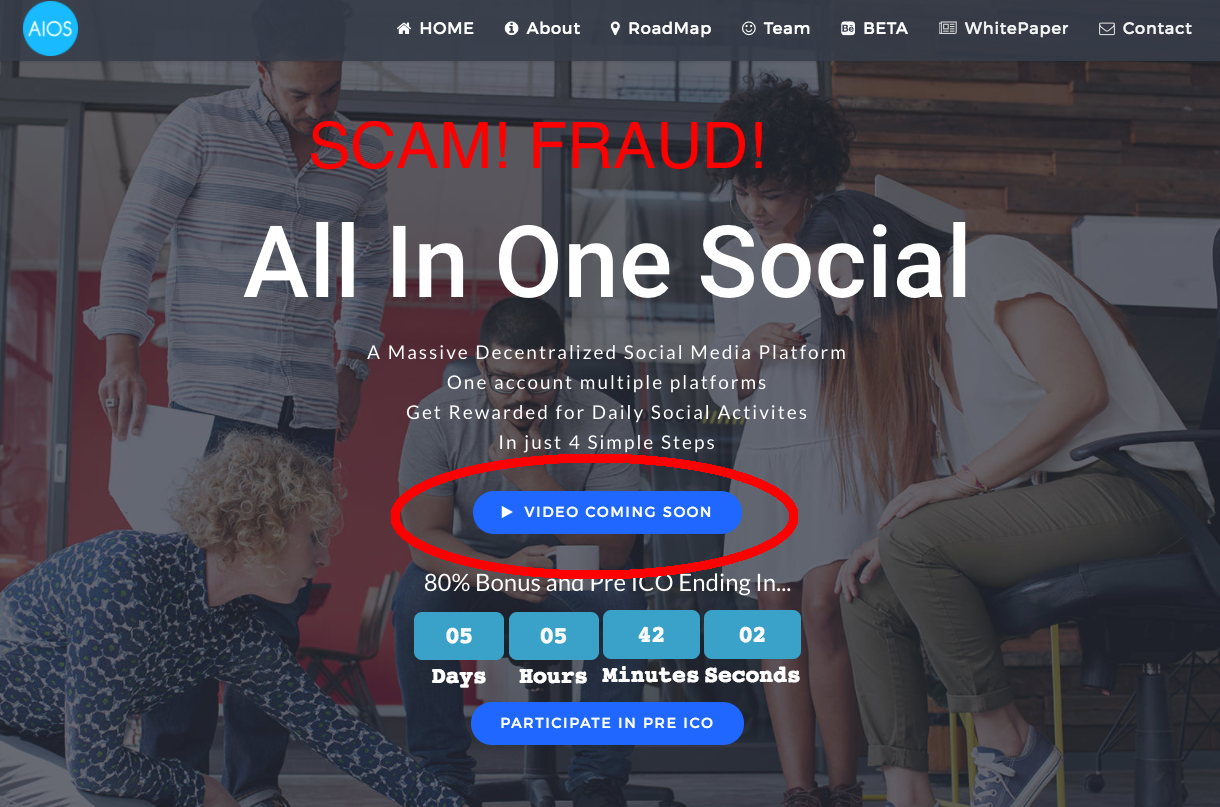 You have to see this one to believe it! –Literally!

(They lied and said it was going to be out already!)

I have to admit I am very eager to see this!

How many of the people are actually real?

But I have some bad news, our good looking Muslim Heart throb Martin Ortiz is no longer on the site. He is missing from the new lineup!

I heard a rumor he was a little camera shy and did not want to do a video. That might be the case; it might also be the case that he is stock photography as was clear in my first post.

Whatever may be the case may be, I hope he has found someone special on BuzzMuslim so he can be buzzing all the rest of his life in complete happiness. Breaking News: our favorite advisor John Smith has still NOT updated his Job Description! (With the new website you need to hoover over the profile pics to see the fake job descriptions. )

John Smith has almost travelled the whole earth and have worked for many international companies as an Advisor.

John Smith –about the most generic and non-researchable name out there- have almost travelled the whole earth and worked for many international companies, but still does not have a good grasp of the English language. Which –by the way- is the international language of business! This is amazing because we made fun of him last time, someone needs to send him a link to our story!

In other news, the new and improved website has translated the white paper into multiple languages so they can scam people all around the globe.

So as a service to the world. Let me be Clear.

One thing about these languages is it makes me wonder, how much of the ICO scams are focused on people in other countries. We Americans may be smart enough to realize they are a scam, but foreigners who look to the USA for leadership, advances in technology, and who speak several other languages could be fooled a lot easier. The fact the company is moving forward with the scam is a little scary!

In closing you will also notice a new count down timer with only 5 days left to participate in the PRE ICO SCAM. Lose your money that much faster!

So anyway, that should bring you up to date on the latest FRAUD and lies from the All IN ONE SOCIAL NETWORK (AIOS).

STEEMIT COMMUNITY!
So you want STEEMIT full of FRAUD? I DO NOT. Take a stand with me. These POSTS generate immediate flags from the promoters and so they need every single up-vote they can get. I can research and expose more frauds. However, I need a Steemit community that is going to help me, stand by true investigative reporting and be willing to fact check and up vote controversial posts. PLEASE STAND WITH ME AGAINST FRAUD!! It is the right thing to do!

I went to go check on our friends at AIOS.life and it appears their website, is having a little trouble. It was only 17 days ago when they launched it. Now. It is just a dead website. Yeah. The scammers have given up on this scam!

also the lead claims to have graduated from Harvard

Good work exposing all of this.
I'm sure that it took a lot of time to research,
... so thank-you!

thank you for letting people know. It sucks losing money to these scammers. And it gives bad names for the legitimate icos

Thank you for this information!

Thanks for the investigation. Will these guys ever quit?

It is doubtful,
as long as those with high stake support these type of "promotions" mostly unchecked,
many will be willing to post as even a small amount here is worth a lot in some countries,
I dont blame the users who do without knowing but the ones who are informed on the details and dont remove i have little respect, I think should be dealt with heavily to discourage this type of behavior.
but it doesn't have to be this way together we can make steemit known for preventing scams not fostering them not only on steemit but in the whole crypto world.

I know. I was thinking the same thing! It really makes me wonder, how many other boards places and countries they are scamming in? We do have to give them some points for determination!

Congratulations @cryptick, this post is the eighth most rewarded post (based on pending payouts) in the last 12 hours written by a Newbie account holder (accounts that hold between 0.01 and 0.1 Mega Vests). The total number of posts by newbie account holders during this period was 1812 and the total pending payments to posts in this category was $1414.92. To see the full list of highest paid posts across all accounts categories, click here.

Jesus we really do need to help others be wary of these bullshitty ico scams.

The way I see it: if there's no real product you can see or use, then it's a scam. Your bs alarm MUST go off.

Well I understand what you are saying, but a little work goes a long way towards cleaning up the platform. After I did my research, we flagged and commented on 40 plus posts. I also busted a second one with more posts. I just don't want steemit to be used as a platform to promote this garbage. It is not just us we need to look out for. It is all the other people as well. Just imagine all the people in another language, that just know a little English. Their BS alarm is not as sensitive.

Good on you man. Thanks so much for doing this. The ICO wave now is scary.

Wow they are really going all out aren't they? Is adsactly still endorsing this?