Why GAS (Antcoins) are dramatically undervalued

NEO (Antshares) gets treated by some as the Ethereum of China. The currency to pay your network fees is GAS (Antcoin) and unlike Ethereum, you don't produce GAS by mining. It gets produced by staking NEO (Antshares).

Let's have a quick look at NEO (Antshares)

But before we start : Please DON'T consider this article to be investment advice. You are responsible for your own actions. I'm just telling you my own observations and opinions here.

If you own NEO you own a part of the Network. You not only create GAS, you also have a voting right. With the voting right comes some influence in questions of blockcain issues and GAS cost for transaction fees. It's like a share in a company with voting rights.

The developers will release the rest of the 50 % over the next 5 years:

Logically, if the number of shares of the network increases, then the amount of GAS you can produce with one share decreases. Also the Amount of GAS that NEO will create is limited to 100,000,00.

So let's have a look at how much GAS 1 NEO will produce for you over the next 23 Years: 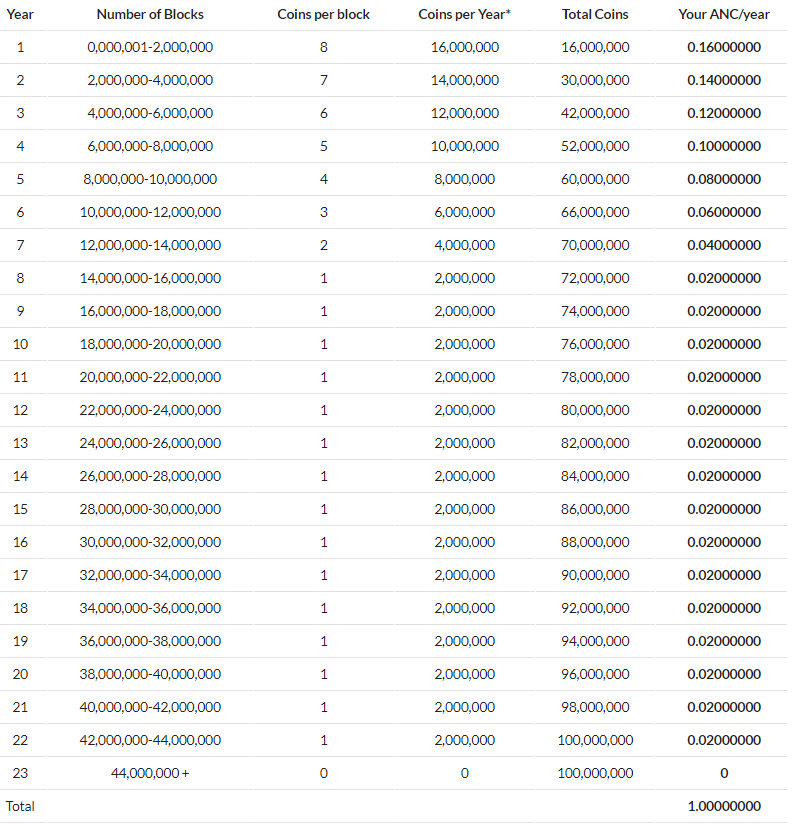 1 NEO (Antshare) will produce 1 GAS (Antcoin) over the next 22 years for you.

But what happens after 22 years? Will there be no more GAS? No, there will be no NEW GAS created, but the GAS that gets paid to the bookkeeper nodes will get redistributed.

Might the rules change in the future? NEO is in a super early development stage. I don't know the future – so yes, the rules might change.

What can I do with GAS other than pay for my transactions? If you spend 1000 GAS and get elected you could run your own Bookkeeper Node. Here is an interesting article about that : https://steemit.com/cryptocurrency/@basiccrypto/neo-how-to-set-up-a-bookkeeping-node

To put it in other words :

So at a fair evaluation of GAS it should cost 17 USD minus the value of the potential voting rights you get for holding a share of the NEO Network. But you can buy it at the moment for 3.57 USD.

Okay, so where can I buy GAS?

If you want to check the math, I suggest you look up this page:

UPDATE: The feedback of a facebook user brought me to the attention of this interview with one of the core developers. If this is correct they might plan to distribute the used GAS not only among the bookkeepers but also among the NEO shareholders -> https://cryptocoinmastery.com/neo-reddit-ama/

Complete information is hard to come by, but if that information is correct it obviously changes the equation. Unfortunately, there is not enough information to adapt the mathematical model in this article.

Thanks for the explanation of Neo and Gas, I was just wondering how Gas does my Neo produces.

Thanks for linking me. Got a lotta shit from haters from that article, but GAS price is now at $12,- :-)

You are the reason I registered on that chines exchange. So I have to thank you ; )

You are welcome! Price peaks of $30 on Binance, crazy, lol.

Great post. thanks for the explanation. Much clearer now. Cheers. Upvoted and followed. Feel free to follow back.

Thanks for sharing interesting info.

Congratulations @chris83! You have completed some achievement on Steemit and have been rewarded with new badge(s) :

Congratulations @chris83! You have completed some achievement on Steemit and have been rewarded with new badge(s) :

Good article. Interesting to see I'm not the only one that is thinking about this. The future is in blockchain. The issues is that people don't seem to care about the Trustworthiness of the current cryptos. This also happened in the internet boom. This is quite an interesting website I found: https://www.coincheckup.com. The site is my go to place for crypto investment analaysis and indepth coin research. Check for example: https://www.coincheckup.com/coins/Neo#analysis To see the: Neo Report

Congratulations @chris83! You have received a personal award!