What I'm going to write is about cooking party with Korean food for my LOVELY foreign friends in Denmark.

Unfortunately, my previous iPhone was stolen when I was supposed to leave Denmark. I noticed my iPhone was pickpocketed when arriving Copenhagen airport. So now I don't have enough photo of my friends :( Thankfully, my parents saved all photos what I sent and I sometimes uploaded some photos on fb and instagram. I show what I cooked for my friends with those photos haha.

Warning: THESE PHOTOS CAN MAKE YOU FEEL STARVING 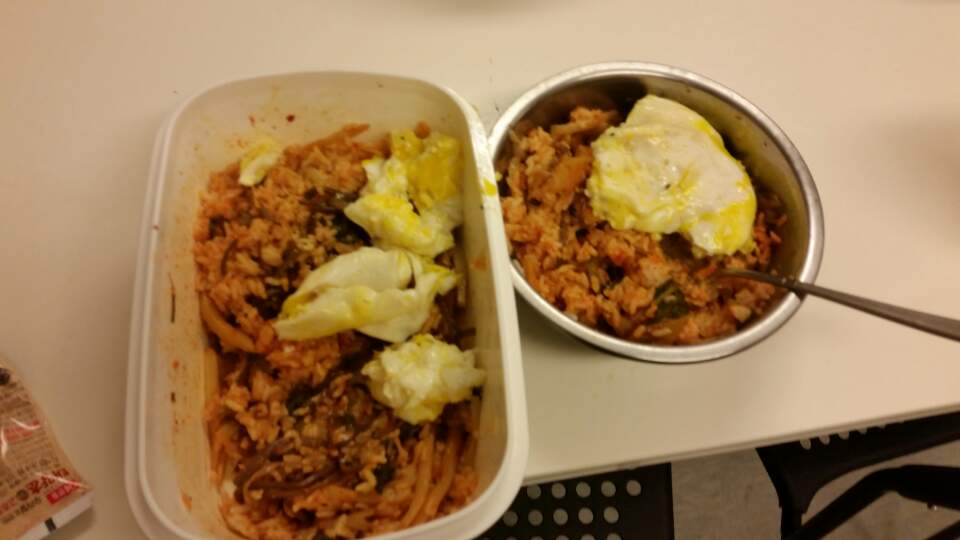 The first Korean dish what I cooked for my dormitory friends was Bibimbap. Bibimbap is one of the most famous Korean traditional dishes. It didn't require too much ingredients and its recipe is super simple. Just need rice, pepper sauce and some vegetables. Then mix ingredients and put fried egg on rice. That's all. It was impossible to make Korean type of vegetables so I just ordered it from Korean food delivery service located in Germany. Bibimbap recipe If you want to try it, just click the link :) I made Ginger Chicken soup with my other Korean friends. Actually, it required lots of ingredients so it was not perfect. Fortunately, we can get ginger which is the main ingredient in this recipe so the taste of Ginger chicken soup was fine.
Korean people often have Ginger Chicken soup in summer even though it is so hot. The reason why Korean have this in summer is because of idiom about how to fight hotness. Directly translation, 'Fight fire with fire'. 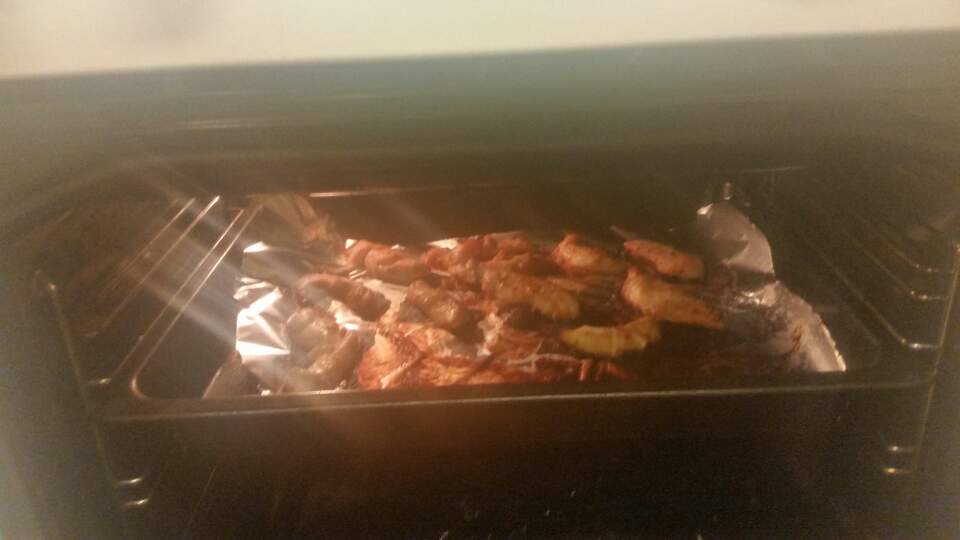 It is not usual to find oven in Korea but there are a lot of houses which have oven. I thought it was a good chance to cook something with oven so I tried to make Gubne chicken(Grilled chicken). If you didn't try to have Korean chicken, YOU MUST TRY IT because Korean chicken is the best chicken in the world. I don't know why many people just make their franchise in Korea even though there are already full of chicken restaurant... I think they have to open their chicken restaurant in foreign countries. This is the first time to cook grilled chicken. The taste was great except it was burned a bit. I wanted to show my second cook of grilled chicken but it is just in my previous iPhone stolen by someone in Denmark :( 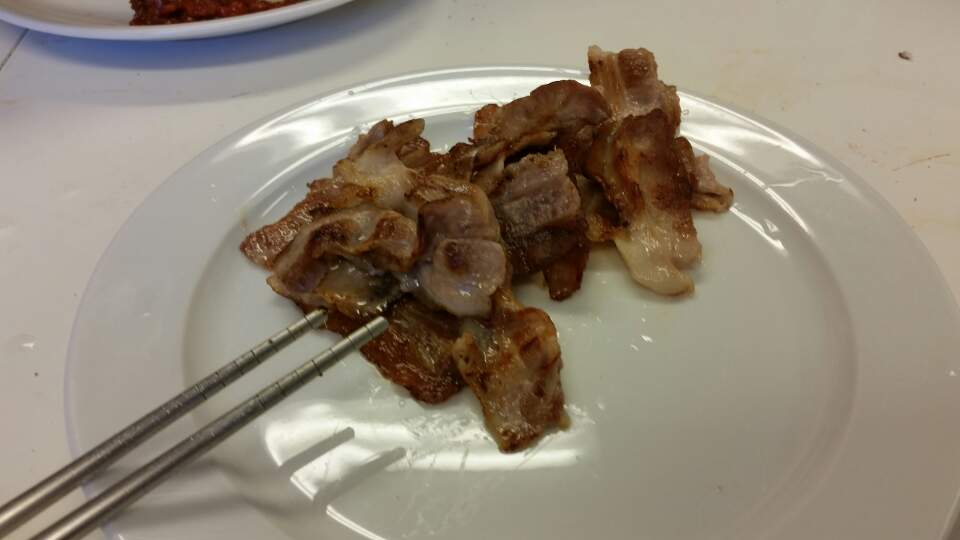 This is Korean pork belly, Samgyeobsal. It is not that kind of cook but it is one of the most popular Korean dishes. Some of Samgyeobsal was grilled and the other was put to make Kimchi soup. It was the first time to make Kimchi soup so I was a bit worried about it. But who am I? I'm so good at cooking haha so the taste was good. It required too much Kimchi so I had to use half of Kimchi I had for making Kimchi soup. 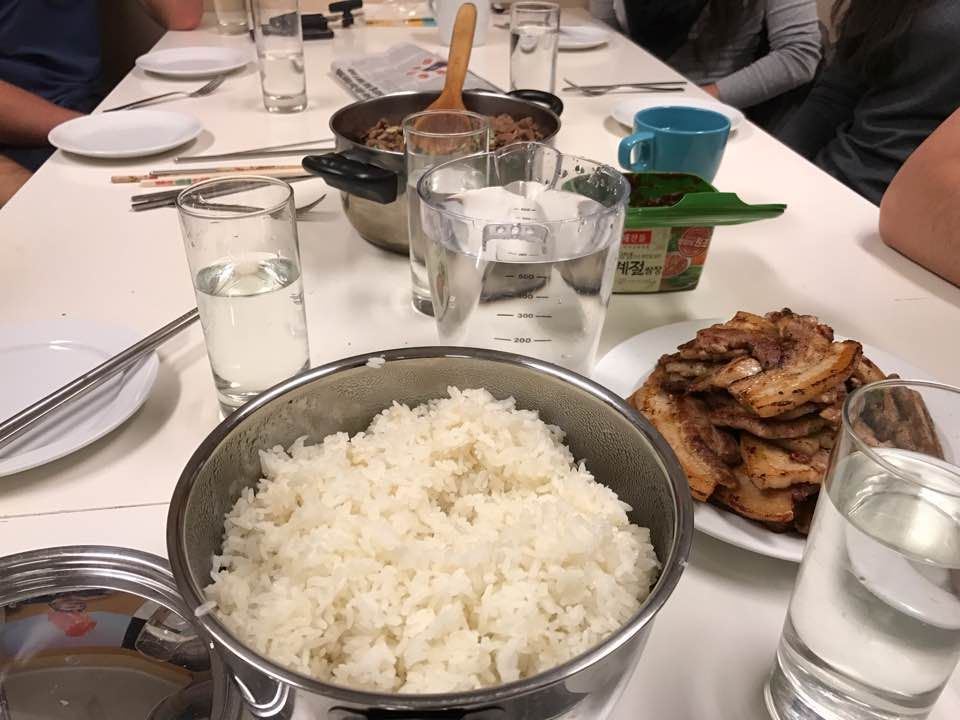 This is the photo of making bulgogi and Samgyeobsal for my buddy group. I asked them that what they wanted to eat and they just selected meat haha. Interesting thing is that many foreign friends always liked to eat soybean paste. If I open my own Korean food restaurant in overseas country, I should make the cook with soybean paste haha. This is the process of how to cook bulgogi. It was the first time to cook for more than 10 people so I faced some difficulites of how much I put sauce or how I control the heat.

This post has received a 38.61 % upvote from @boomerang thanks to: @followme95

This post has received a 7.14 % upvote from @nettybot thanks to: @followme95.