Welcome to the 43rd Bitshares State of the Network (BSotN) report. A weekly report focusing on the changes in the ecosystem and track longer term changes in a effort to identify emerging trends and changes in the Bitshares platform.

This weeks report lacks some details due to Cryptofresh data being re-indexed after the Bitshares patch released the day prior to my data collection. I hope to have a full report as normal next week. Any affected data has been removed and to make up for it i have included a few more pictures and videos.

Smartcoin issueance chart showing weekly change since the start of 2017 Bitcoin Indonesia has released a short video titled 'What is Bitshares'

The chart below show historic profit/expense from the Bitshares Reserve Pool where a positive number represents a W/W profit and a negative number means a W/W expense; Bitshares expenses include witness and worker pay and income includes network fees. The most active base pair is BTS and the top 3 pairs are BTS, CNY and USD Please support my efforts by using the banner below to create your account.

Best part is at anytime in the future If you decide to buy an LTM (Lifetime membership - which gives you an 80% reduction in fees and other premium features) i will rebate 10% of your membership costs in BTS.

Thanks for the shout-out regarding the BSIPs that I've written. Looking forwards to any/all community input :)

No worries at all man. Thank you very much for all the efforts you put towards the network/community and the proposals!

I have upvoted you , please upvote me and resteem ...thanks

Thanks for using my link mate :)

If you are getting a time sync error your might need to adjust your clock if its out or you can select another api server. IIRC you are located in AU so the Hong Kong api server should be the best endpoint to use.

You can try other API servers but if you get the same error on a few of them it is most likely your clock.. (the clock on your phone should be accurate you might want to check it against your computer first before attempting to change the time - if you need to change the time you can do it manually you don't need to download anything, if you use windows you just right click on the time and select 'adjust date and time')

The other option is i jumped to conclusions and it is not the error i am thinking of. if your time looks fine maybe you can get a screenshot of the error?

Smartcoins Wallet is really a great application. Thanks for all its news on the Bitshare, this is one of the few project based on a blockchaine that currently works. Very promising.

I have upvoted and you , please upvote me and resteem ...thanks

I agree and the new interface looks amazing! Can't wait for it to be released..

The community and dev response to the chain halting was nothing short of amazing. Professional, organized, efficient and effective. Bitshares has the best team in the industry, hands down. Investments are ultimately about the people you are investing in and this week showed me that Bitshares is a fundamentally sound investment. Bitshares FTW!

Smart coin creation is DOWN? How can that be?

It can happen because more smartcoin have been 'settled' than issued/shorted W/W.

Settlement is when BTS collateral backing the smartcoin is released, after which the smart contract destroys the smartcoins which results in a lower supply.

I am very glad to see your post, this is amazing I also want to get a greeting like you It's really amazing, your postigan is very useful for others especially for me You have provided information that is very qualified in my opinion If you want to petrify me to follow me, My votes and want to share my post, I feel very happy and happy even though my post is not as good as your post Congratulations always for you and so on I am really amazed with your achievement and hard work in steemit

Thanks for the kind words :) glad you are getting value from the post. Bitshares really is an amazing platform as is Steem (both created by the same genius alongside a team of great devs ;)

Cheers, thanks for reading :)

A comprehansive efforts , plz keep sharing like a good stufd

Good one Fav. Nice to see the updates each week.

This isn't a cryptocoin because it has no Proof of Work system. PoS never has worked for fundamental economic reasons. No work = no value.

Then what are you doing here?

Thanks @steempower for sharing updates of a great decentralize exchange platform.

I just create an account on Bitshare. I think it's very helpful for cryptocurrency holder.

When is the marketing going to start for the Billion Hero Challenge? I've barely heard about it lately here on STEEM much less on any other form of media. A month ago Stan was claiming a $50M advertising budget and mainstream advertising starting July 4th.

The Bitshares protocol is really a useful one, and thanks to you for such a nice post explaining the BSIP structures and decentralized exchange emphasis.

@steempower BTS is interesting altcoin, i think about investing in it

Nice Post- Thanks for Share!
Hey Guys, Vedhika here. Welcome to My Profile Page..#Follow me: @techinacl-ideas Stay tuned to know about My Movies, My life and a lot More :) #actress 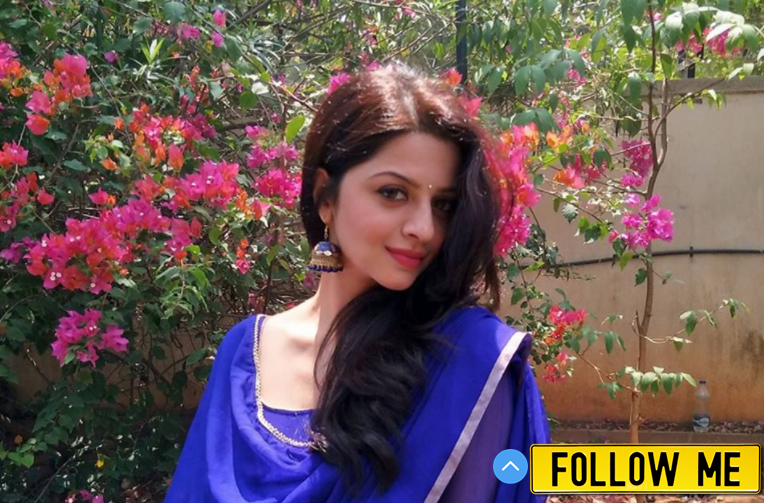 great post! I appreciate all the information and insights.

It's going to take me a while to read this, but having a quick glance it is great to see the amount of work being done, and also the steady increase in growth on that alexa chart.

Good post, I want you to give this information for me, I am mengikiuti you, my friends continue to succeed, best regards from Aceh @fadhila

very welcome information.
I'm quite new to BitShares.
Amazing effort by the development/community
My question: is there any competitor to Openledger for instance Hyperledger that we should worry about? and what could we do better to succeed?

I like these developments for the future of money earning.

You like soccer?
Do you like to watch soccer on tv?
Do you have football fans?
Do not miss the most updated football news every day just @soccer.news, do not forget to follow @soccer.news for the latest and updated soccer news
https://steemit.com/@soccer.news

Thanks for the update..Bitshares team working really hard much appreciation, cheers!

You did a good job.

Thanks for the mention and all the informative links!

Noob question here.
Does Bitshare's exchange (Openledger) has enough volume for trading nowadays?
I'm thinking about moving my balances from Poloniex onto Openledger, just not sure about current volume and liquidity.
Thanks for posting.

why is trading Hero disabled?

As a holder of some BIC I had to join the BTS openledger last week, so I am in the family now. Several days after that I succeeded to obtain more than 1 500 DNXTO. I do not know yet how to handle my existing assets but anyway this is another option to gain benefits from the cryptos. I like the exchange...

I am very happy to be joined in community steemit, because the post is very nice of your friend steemit everything ❤

This is great! Upvoted and resteemed 😊😉👍

Thank you for all those bitshare updates :) Keep steemit

great post @steempower. i got a sync error when i used your link. i am sure you are working on getting it working perfectly?

bitshares is the same to steem?

Based on the same technology. And it shares many features.

hey buddy ! great content! Your work is simply pure perfection :) ! It was a great idea to follow you! Followed, upvoted - you truly deserve it!

If you have some spare time, check out my profile, too! follow and upvote if you like it :) !
fetmom - real estate investor and donator :)

This is good news, been depositing bitshares and now I feel much more confident:) Nice update..got my witness vote!

It's the first time I read this report and I have an (allegedly dumb) question: I issued an asset called RUNCOIN, which aims to be distributed to runners, in an attempt to identify the need and potential use cases for tokenization for casual runners. The question is: OCASH will take RUNCOIN into account as well? Or it's just for a limited amount of assets.

And a bonus question: what do I have to do to have RUNCOIN mentioned in one of your reports? Just curious.

Thank you for the updates. I will like to check Smartcoin wallet app. Thanks for sharing.

Wow, a lot of information! @steempower thanks for making these super complete reports.

I would like to highlight the @kencode post talking about the re-design of your Wallet, I found wonderful changes in the interface, I would change one thing or another but overall this great.

Can I make a suggestion?
In the topic "BTS Trading" it would be interesting to increase a column indicating how many% has risen or fallen since the last report.

PS: I received your email, I was not able to answer it yet (I'm full of work here), but I've started to think about some improvements.

PS²: I would like to thank you, because after you noticed me as UI/UX Designer, I started writing about UX and since then I have been gaining more visibility.

These T-shirts and hats are soo cool!

is it proftable to but bitshares coin? if yes then y and how?

Thank you for sharing detailed report - Just followed to get more reports like this one :)

Thank you very much for your great support! ;)

I really want to join with each of your programs, but I've tried it does not work, because I have not really understood the technology
I can only love and enliven your posts, and I will learn to be able to understand every technological development so that I can also join the development program
Thanks banya for the time you visited my blog and hopefully you continue to support me @steempower