Nothing could prepare me for the Anarchaforko Conference or if a may say decentralize conference. My trip to Acapulco, Mexico was a gladly welcomed pleasant suprise; Going to a conference or any gathering was the last thing on my mind as I was still recovering from a flu and did not feel 100%. Thanks to #smartcash, I was set on a course which I believe was a divinely arranged. My trip to Acapulco started with an article that I had written for smartcash which won a prize in the Anarchaforko competition.

Seeing this all started with crypto, I saw it only fitting to buy my ticket with crypto. This was easily accomplished with https://btctrip.com/ I was able to book and pay for my flight using #Litecoin. For those of you who only hold #smartcash, know that smartcash is also paired to Litecoin and #Dash on the CryptoBridge exchange. The process was quick and easy with an email sent to confirm the order, and another one with the ticket details. This was definitely a great start. As there was no obvious program regarding the event, getting ready for it involved having an open mind, a positive attitude, and an eagerness to see how things unfold. 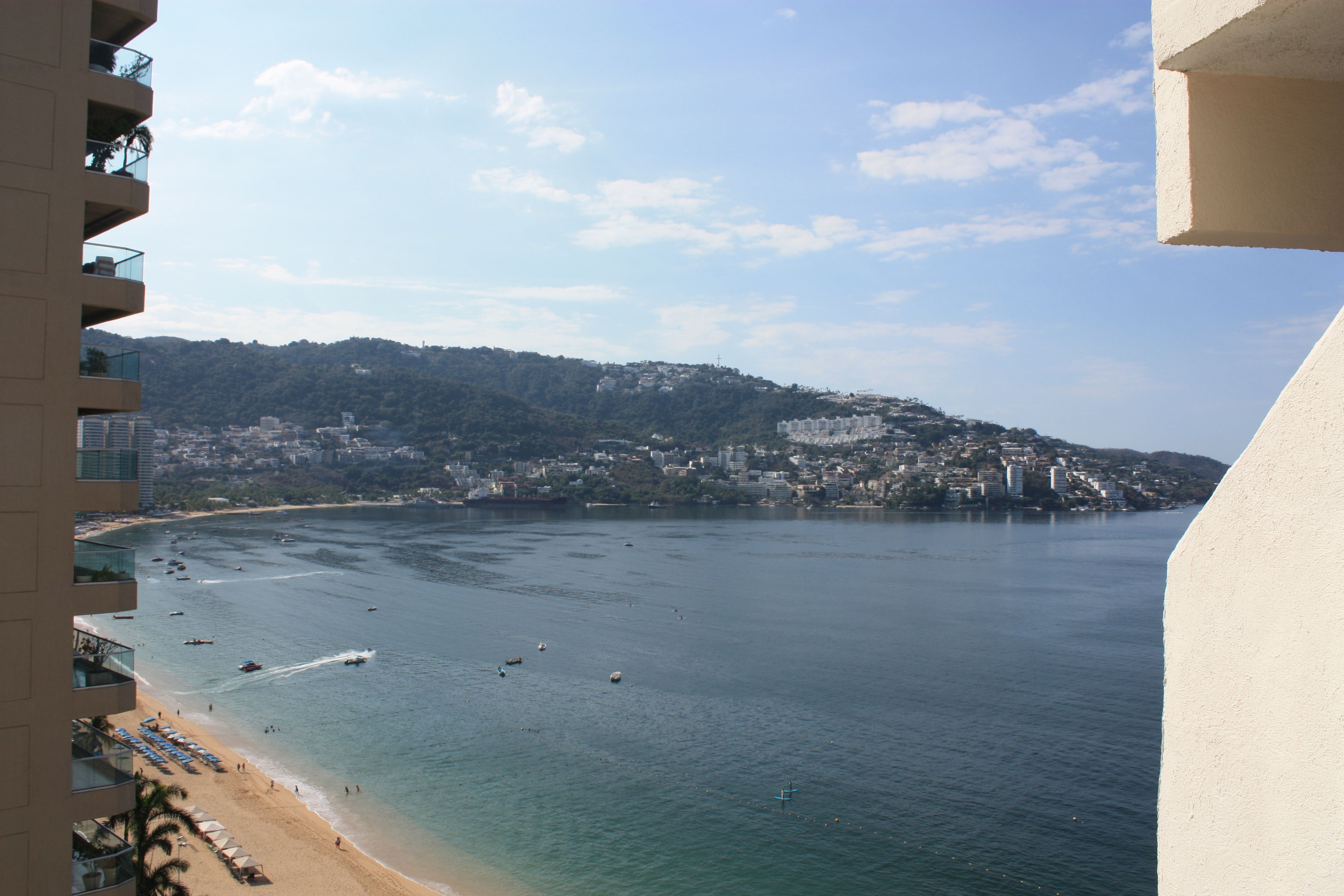 The flight was uneventful which is always a good thing; You don't want any delays or missing bags. The first thing I noticed about Acapulco was how beautiful it was. It was bright and sunny, without the burning heat sometimes associated with hot places. It was not too humid, so there was no sweaty feeling. The mild climate is something I will miss. In Calgary, the weather is often extreme, there is no mild.
I got to the Copacabana Beach Hotel at about noon and contacted @broncnutz and we met by the swimming pool and planned to go to the conference the next day.

I must say I was initially taken aback by what appeared to be an empty conference hall! I sat around the small groups and chatted with people, learning a lot from their experiences. By the end of the evening, I was sure that I would return the following day.
The layout of the conference was like nothing I had ever seen before. It was very casual and laid back. Some groups chatted whilst laying and sitting on the floor (entirely by choice) while others stuck with chairs. Everybody was free to do whatever they wished, and there were very few rules. It was a picture of freedom, and the utmost respect for the next person, as nobody was pushed into anything they didn't want to do. You could find groups of people casually smoking their cigarettes, and chatting about anything and everything. The interesting thing was that as someone who has never smoked a day in my life, I was able to observe and question the things I saw, and I received kind explanations on the choices people made. I found myself being opened up to many new and interesting points of view. HIGHLIGHTS OF THE CONFERENCE

Meeting Otto from the Komodo team was enlightening. #Komodo was one of the projects I had on my watchlist. With lots of features under development, they are finally ready to release their own exchange - BarterDex. You might be thinking, ' we have another exchange?'

Well, Komodo has a different take on things. It has the following:

I am particularly excited about this, the spirit behind this resonates with me. "There is a enough for everyone." It's about time we start seeing more collaboration between projects, together we will be stronger. I see Komodo look outwards to solve a need of the wider community and not forcing the use of komodo on their platform is very noble. This sort of considerate giving is what would take the project way beyond it's current place. You cannot beat a universal law - the more you give the more you get. Keep an eye out for a more detailed look at the Komodo project coming to my page.

Cryptocurrency as payment without any intermediaries was already on my mind prior to the conference. I earnestly looked forward to visiting the smartcash stand to see the workings of the smartcard, to confirm for myself if it lived up to my expectations. I am glad to say that it exceeded my expectations. The lead developer (Gonzalez) on the smartcard initiative is very passionate about usability and simplicity. He is completely focused on a decentralized solution in which each user will be able to create their own smartcard and print it on paper or plastic. This strategy would bypass the bottleneck of shipping it out to users from one location to another, and I think it is just brilliant. I look forward to the launch of the enhanced #smartcard in the next few months. I also met with the lead developer (Enrique) on the web wallet and spoke of the new feature on the web wallet which would allow you to restart your smartnode on the web. At the time of the meeting, I cannot say that I was really intrigued by this feature, personally. However during my time in Mexico there was a wallet update which I needed to do as a smartnode operator. I was able to update my VPS easily and quickly. The problem came when I tried to update my desktop wallet - it just did not happen. Eventually (48 hours after) I got my husband to update my wallet on a windows computer at home (Canada) and restart my nodes. If I did not have a copy of my smartcash wallet at home, my nodes would have been offline until I got back from my trip. This scenario will be easily prevented when the restart function is built into the web wallet. Now, I can honestly say that I am eagerly looking forward to this feature. 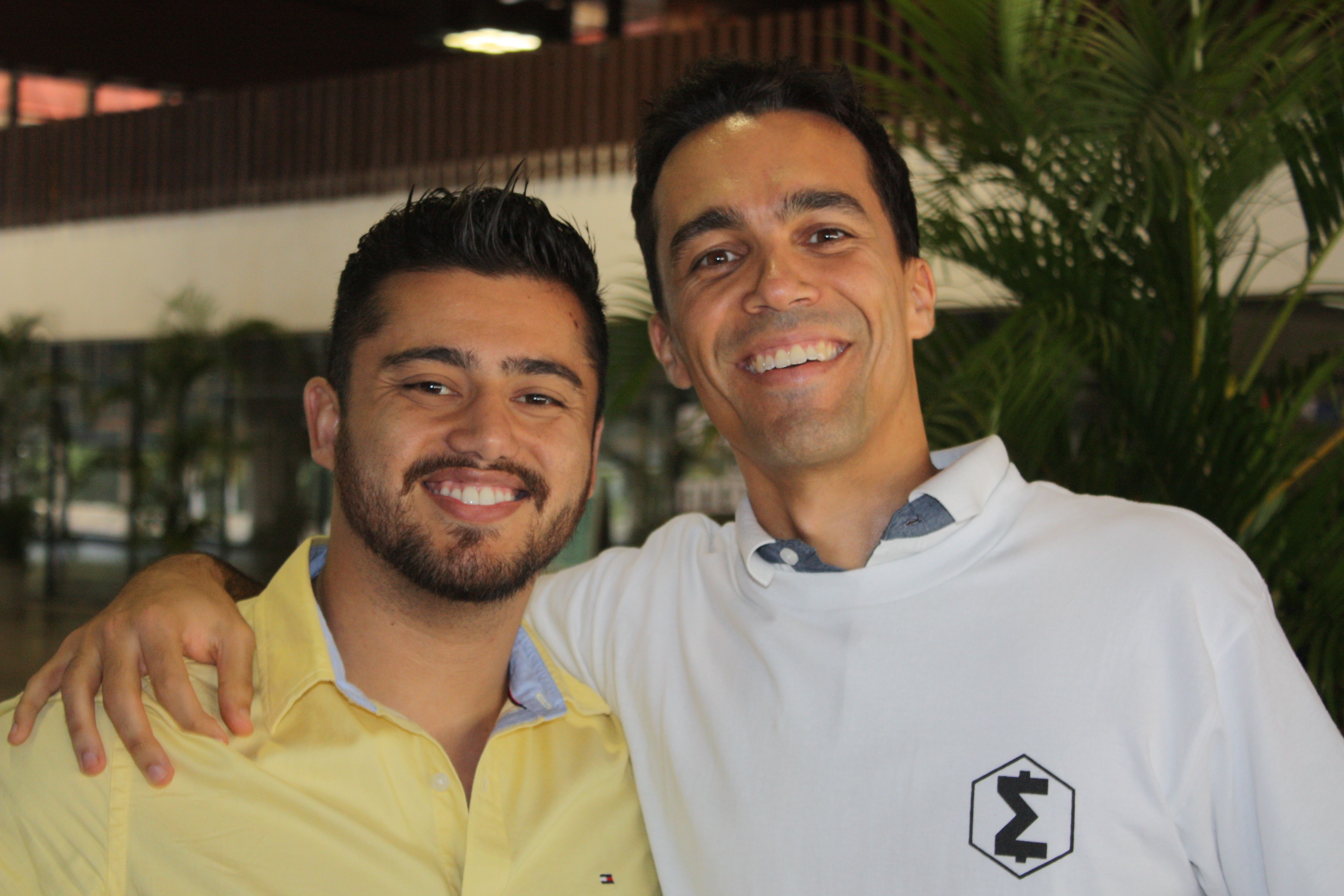 Gonzalez and Enrique, two great members of the Smartcash Development team that I got to meet More members of the Smartcash community that I met in Acapulco. @oucan on the far left, created a neat engraved Smartcash keychain for me!

The saying goes "Earth's greatest treasure lies in the human personality"
What stood out the most to me, were the people I met and the contacts I made. Among the people I met on the various projects, the ones with whom I can say made a lasting impression on me were those on #Steemit. There was a depth to them, and a sincerity you do not commonly see. I left with a feeling that they practice what they preach, and there where no false air about them. Some Steemians who have made lasting impressions on me include: @kennyskitchen, @ericaharris @broncnutz @lily-da-vine and a host of others. They were so open and free in sharing tips, which in other circles would be considered "trade secrets." There was no holding back in their willingness to help others get to the next level. I am truly inspired.

I would like to warmly thank @Smartcash and their team for making #Anarchaforko possible, not only for me, but for many others who attended the conference. 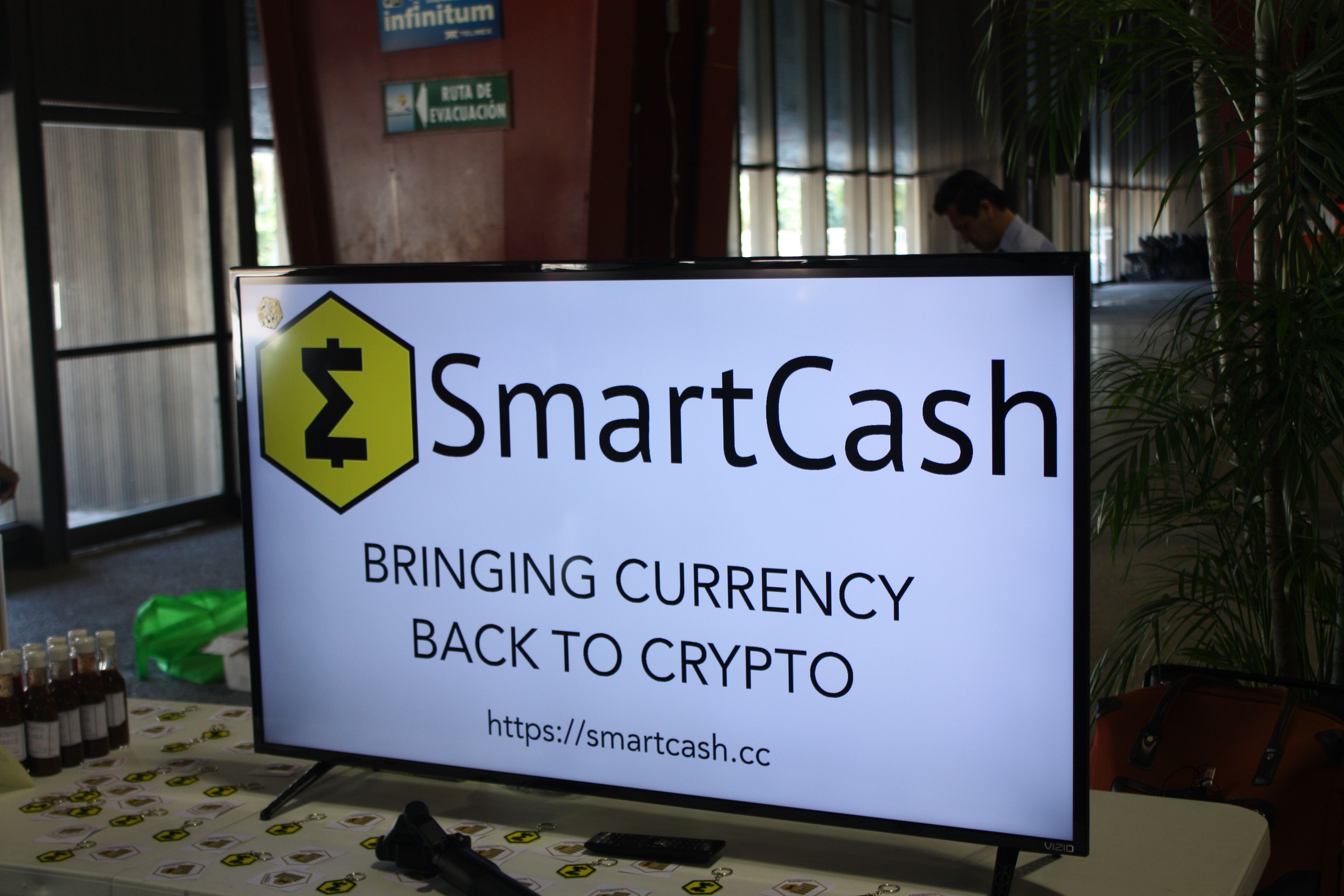 Thank you for visiting me. Please leave a comment, upvote and resteem
My Smart Address: SZuD6sbjBwToeYcuU6Td4MAqU5H5SWi9MJ

Awesome write up here! More of this type of stuff for sure. Thanks for letting me know on discord about EOS. I got my wallet registered today with all my coins in it. I had to set up a Canadian VPN to do it. It's a few steps if your in the USA

Σ$$$ Tipped @nitego Σ5 SMART! Comment @smartbot help to claim. Currently the price of SmartCash in the market is $0.257 USD per SMART. Current value of the tip is $1.29 USD. To find out more about SmartCash, please visit https://smartcash.cc.

Thanks @broncnutz. Glad you sorted out the EOS would have been a shame to miss out on it.

I will join discord of course and ask questions there, but @nitego how do you feel about smartcash leaving zcoin protocol and focusing on merchants and being a crypto for business transactions instead of a privacy approach....(more like dash)

Also great info about komodo, i confess i didnt pay attention to that project, looking forward to that steemit report of yours ;)

Thanks I will be sure to get to it soon. It is a lot of information.

@astroboy thanks for dropping by. I can not say for sure that is the case. My understanding is that smartcash is a fork of zcoin which means to me the foundation is that of zcoin. I also know there was a feature of zcoin protocol which allowed a breach of the smartcash network early this year. The renew feature has been switched off in the smartcash wallets for security reasons. It is my understanding that this feature would be restored when there is a solution acceptable to our development team. This is my understanding. For a more a more technical answer you could ask the developers on our Discord channel. They are usually quick to responds or a member of the community who has more facts.

Thank you @exxodus. It is nice to know one person finds it useful. Its all i need to keep going.

Loved to read your experience on the trip,

@gambit.coin Thank you. I am really looking forward to BarterDEX. Crypto-Bridge to me has proved the concept of peer to peer exchange works especially well with many users. The Atomic swap is the icing on the cake. We need more projects to think like this.

Indeed, with time many new projects will be like this for sure.Like one that is also launching named altcoin.io,will work with atomic swaps too.

Like smartcash, i also hodl some komodo on my agama wallet for passive income. SmartCash and Komodo is two different project and cant be compare to one another. SmartCash is for payment while Komodo is for dApp.

@cloudspyder thanks for dropping by. The objective was not to compare both, its really about the outward focus of komodo by this I mean not enforcing the use of #Komodo on their platform but leaving it to the users to use how they please. A generous strategy which will certainly bring more users and expose komodo to a lot more people than if they enforced it. I am of the opinion that blockchain /cryptocurrency projects should stop working in silos, but come to a point where they actually work together recognizing each projects strength and stop reinventing the wheel. Every new project seem to start from the begin. Taking a copy of codes from github is not the same. The codes are shared but not the project experience and people are not shared. #Smartcash has a different focus and is not currently a platform who knows what tomorrow will bring?

Σ$$$ Tipped @nitego Σ50 SMART! Comment @smartbot help to claim. Currently the price of SmartCash in the market is $0.237 USD per SMART. Current value of the tip is $11.85 USD. To find out more about SmartCash, please visit https://smartcash.cc.

wow what an awesome write up and amazing photos!!! I'm glad you met some great people and left feeling inspired :)

Σ$$$ Tipped @nitego Σ15 SMART! Comment @smartbot help to claim. Currently the price of SmartCash in the market is $0.207 USD per SMART. Current value of the tip is $3.10 USD. To find out more about SmartCash, please visit https://smartcash.cc.