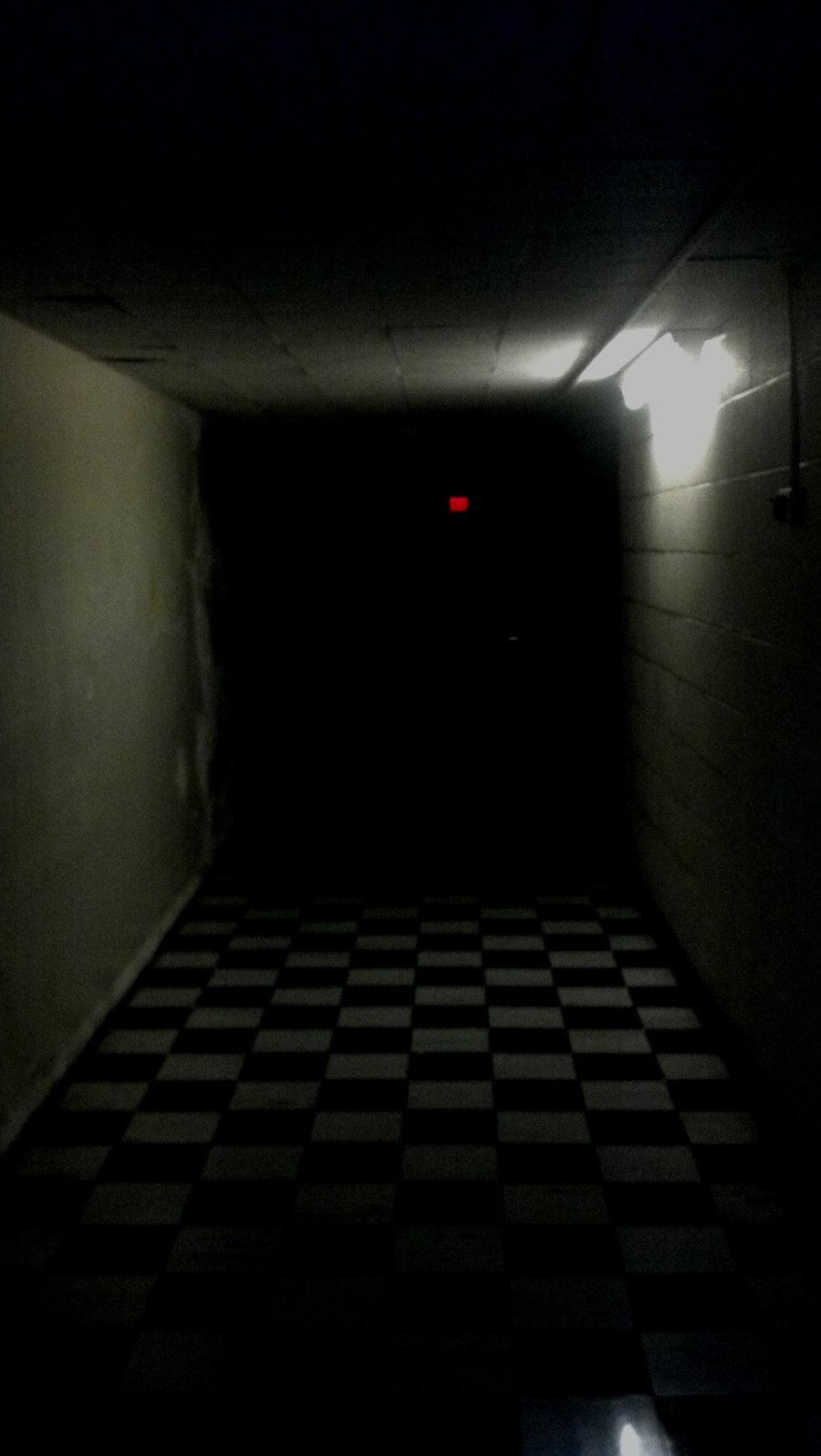 This is a sci-fi story I am currently writing for fun. I have already posted chapter 1 which you can find here. Also if you have any suggestions to improve my story in someway then leave a comment down below :) .

The dimly lit corridor echoed with sounds of ill repair. Lights flickered and electricity buzzed. In some places wires hung from the grey ceiling and protruded from white walls. Footsteps echoed throughout the corridor.

"Why would you have a surprise down here?"-Willow stopped walking-"What if there's rats!" she exclaimed.

Nicole turned and replied "Willow i'm pretty sure that rats are more scared of you then you are of them. We have something more exciting to worry about anyways. Have you heard of the Nyborgs before?"

"No" Willow replied quizzically. Willow quickly looked up the name via her Neural Lace by connecting to the Neural Net. One could compare the Neural Net to what used to be called the internet, but made up of a virtually unlimited network of interconnected computers which can be accessed by anyone with a Neural Lace or console, thereby giving the user virtually infinite amount of brainpower to solve a problem or to simply look up information almost instantaneously. This is what Willow did however there was no information on Nyborgs anywhere in the whole Neural Net. Willow said "There's no information in the Neural Net ethier"

"I know there isn't, but that's not where I heard about it" Nicole reached to her back and pulled off a Morph Pack. It looked like a oversized white egg except for the fact that the whole thing was made out hexagons. She moved her hand to the more pointed end of the Morph Pack and the Morph Pack responded. The hexagons near her fingers pulled apart and shrunk into the hexagons below them. She pulled out a couple of laminated papers from the pack. Willow looked over the papers trying to figure out what was so important about them. Nicole spoke up again "Those papers talk about a historical moment in time just before the singularity when superintelligence emerged and changed the human race for forever. It talks about a time when the human race became something more through augmentation and genetic enhancement. However before that happened there were two factions. They were called the Nyborgs and the Cyborgs. Basically the Nyborgs wanted the human race to stay the same while every else wanted to become cyborgs. The Nyborgs fought and protested but failed as they were mentally and physically outpaced by the Cyborgs and even outnumbered due to the connectivity augmentation gave people. Then the singularity took place and a huge technology boom erupted. During this time people built up and up and up away from the bottom of the earth and eventually the Nyborgs and the ground were forgotten. These papers say however that even though they were forgotten the Nyborgs still exist."

Willow looked up from the paper she was holding with a bewildered look on her face "So your saying that there's human beings that still have genetics similar to what humans had 95 years ago in 2045 and not only that but they still live on the surface of the earth? Why wouldn't the existence of them or even the name Nyborg show up in the Neural Net though?

Nicole looked at her and thought for a moment and then said "I'm not sure why it wouldn't be documented in the Net but maybe if I had the papers that went with these two then we would know."

"Then why are we even down here if we don't even know if they even exist?" Willow protested

"Are you serious……that could mean that there's humans beings that could be completely different. Maybe even almost like a entirely different species!"

They continued down the corridor until they reached two doors. Willow stood there waiting for them to open. After a couple seconds she said "I think they don't have power" She looked over at Nicole who had a smirk on her face. "What are looking at?" Willow exclaimed.

"It's an older elevator" She said giggling as she reached over to a button near the doors.

"I knew that I was just waiting to see if you knew" She insisted.

"Sure" Nicole said still smirking. The doors opened after after a few moments and they walked inside the elevator. There was a total of 120 floors to choose from plus 2 more labeled basement 1 and 2. Nicole pressed the button for basement two then the elevator jolted to a start.

"Are you sure the elevators are still safe?" Willow asked quickly and nervously.

"Yes we're fine. I had an older drone check for me. Man was that a baaaad idea he just went on and on and on about a building complex he used to help maintain similar to this one and that was around this level." Willow stared up as the numbers slowly counted down above the doors.

"Man is this thing slow. How were they able to live without transpods. It would be a nightmare going up and down this thing."

"Hold on" Nicole replied staring up at the red numbers. After a couple seconds Willow felt an odd sensation. It was as if her ears were suddenly plugged and without sound but instead of in her ears it was as if the sensation was inside her brain. She felt as if something was missing but she couldn't quite put her finger on it. She stood there looking at Nicole with her questioning face which stared back at her.

"I guess you felt it also? Don't worry we're just out of range of the neural net."

"Like I said before were fine I had the drone look ahead before hand. Plus he knows we're down here so if something goes wrong and were not back in a hour he will get help" Willow just stared at Nicole for a few seconds trying to calm herself down.

She took a deep breath and said "Fine but were only down here for less than a hour" A moment after the elevator jolted to a stop and the doors opened up.

Outside the elevator the corridor was pitch black except for the occasional flicker of a light randomly throughout the corridor. They also could hear an occasional zapping of electricity echoing throughout the corridor. Nicole grabbed her morph pack and reached inside. She pulled out a object which was egg shaped. The object was about a foot long ways and the bottom of it was white and smooth while the top was grey. She tossed it into the air where it stopped and floated. The bottom of the drone lit up and some of the light spilled into the corridor.

They went into the corridor and the drone followed. After walking for a little they made it to what looked to be a dead end. However the wall which made up the dead end was indented in the shape of a door and next to it was a black box with a oversized green screen on it. Once they got closer Willow noticed that there seemed to be a shape carved into the middle of the indented part of the wall. A dove could be seen engraved into the wall.

"So this is it. I'm guessing that this is a door and on the other side would be a way to get to the surface." Nicole said.

"Maybe there is a button or maybe this black box is supposed to do something." Willow wondered out loud.

"Nope already tried that. The box does not open nor could I-"

"What if the black box is not getting power? We can look for a power box or something."

"O ya I forget that there's no power running through here because the drones light" "I'll check in this room for a power box" Nicole said pointing at a nearby door.

"Ill double check for any buttons by the wall."

"Take this drone then." Nicole replied while handing Willow a second drone. Willow threw the drone in the air and started looking over the wall next to her. After looking around the wall and not finding anything she took a closer look at black box on the protruding part of the wall. It had a solid green screen on it that didn't really resemble a computer screen of a console. Above the screen there were two LEDs.

"I found a power box" Nicole yelled from inside the nearby room. A couple seconds later the whole corridor was filled with the sound of ancient technology humming to life. The lights flickered on and one of the LEDs on the black box turned red. The screen on the black box also lit up which revealed the outline of a handprint. Almost right after the humming steadied the corridor suddenly was filled with electrical popping and snapping. The black box in front of Willow popped and crackled as sparks flew out and temporarily blinded her vision as she looked away and covered her eyes. All the lights flickered off and the crackling ceased and was replaced with a sizzling. Willow looked back at the black box to see it smoking and next to it she could see the indented part of the wall start to move. The wall moved downwards and made a unpleasant ear-piercing screeching sound.

"Ya i'm ok" she replied as she walked toward the descending wall which was already halfway into the floor. Past the descending door she could see a stark difference between the metal of the corridor she was in and the metal of the one that was hidden. The corridor she was in was white and smooth and looked almost like plastic yet it was made of a alloy which could survive the immense scorching of the sun's flames. The walls of the newly revealed corridor were a light blue smooth shiny alloy and the floor was grey and looked as if someone took a paint brush and tried splotching grey clouds onto the floor. As she stepped into the corridor it was as if she was stepping into another world.

The light drone followed behind her and revealed what was further ahead. The corridor had no doors and it lead to what seemed to be steps that lead downwards. Willow could hear her sister opening a door behind her but quickly after she heard a zapping followed by multiple pops. This was also quickly followed by a familiar screeching sound of metal which made her quickly turn around. She could see the door swiftly fly up from the ground and for a brief second she could see her sister's startled face before the door banged shut.

"Willow!" Nicole shouted from the other side as she banged against the wall.

"Fuck this was a bad idea!"

"No it's ok just go get some help-" she said assertively "I'll be fine" she said faintly mainly in an effort to reassure herself.

If you enjoyed this writing you will probably enjoy these articles too.
- Futurtopia#4 - Problems with the Singularity?
- Futurtopia#3 - How blockchain will revolutionize the world!
- Futurtopia#2 - Living forever?
- Futurtopia#1 - Neural Lace (How Society Will Change)