#MASTERS OF THE UNIVERSE - The transformation of Lord Percival - A new hero is born. 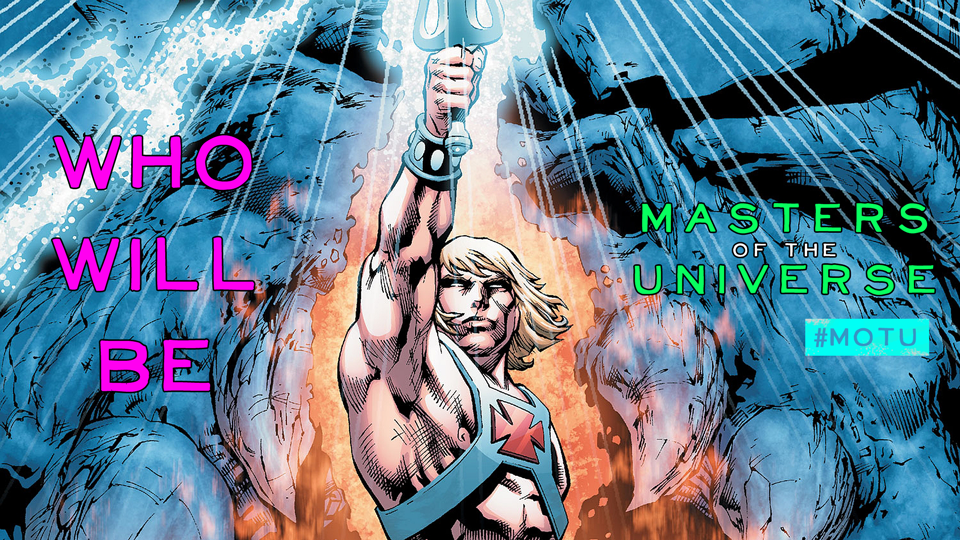 Lord Percival was apprehensive, SirKnight's message had been clear and the quest in middle earth had been a rouse to get the STEEMLORDS together, now was the time of transformation.

Who or what would he become?

Chooxena, in a fit of menstrual rage had destroyed his sex tardis however he still had Tremendhorse or whatever his trusty steed transformed into for transport. The immediate future was unknown and he wasn't going to let that concern him, whatever happened going forward he was determined to never, ever change his ways.

He looked around the dark foreboding room, took one last look at his fellow STEEMLORDS and headed into the portal.....

The transformation process was unlike anything Lord Percival had ever experienced, he was acutely aware of the changes taking place however he could see nothing and his physical being was strangely numb. Perhaps that was down to the fact that he currently wasn't anything just atomic matter floating through the portal, strange though that he still had thoughts and an awareness of his surroundings.

Suddenly all that changed, the transformation was nearly complete and he started to visualise his surroundings again. He held his hand up to his face and was immediately taken aback, what was this? It wasn't a hand it was.........a paw! Lord Percy was confused, he'd assumed his transformation would have him turning into another chivalrous legend not an animal.
What did this mean? And why did he have a desperate urge to lick his own genitals?
All of a sudden it dawned on him, he was a dog!
Image Source

How had this happened? Surely it was a mistake, it had to be didn't it?

As quickly as it started it was over, the physical transformation was complete but he still didn't know who he was. Something was immediately apparent, he may be a dog but he was standing on two feet not four. Who was he? Why was he wearing a robe?
His mind was fuzzy although memories seemed to be flooding in like crazy, he looked around to see if anyone else was there but he was alone. Memories that felt real swarmed through his mind, they were his but not his, real but not real. Was this part of the process?
Then it all made sense, the transformation was complete and he knew.

He was Hong Kong Phooey! 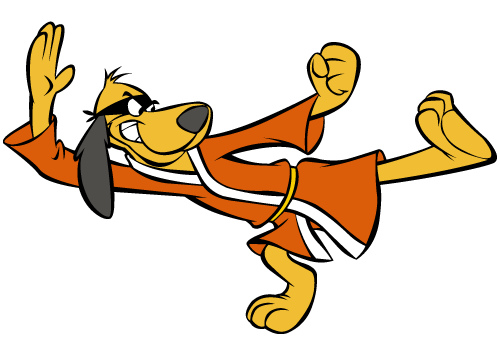 He had no idea why he had transformed into this character but he knew he was equipped for the upcoming task, his unique skills and mastery of Kung Fu were going to be crucial if Eternia was going to be saved and who better to do it than a badass butt sniffing, ball licking, Kung Fu Superhero!

Be sure to return and follow Hong Kong Phooey's quest in.....

Thank you for visiting, for more please come back to @tremendospercy or alternatively check me out at Steemshelves

Proud member and supporter of the Minowsupportproject, please go to discord and start your journey. 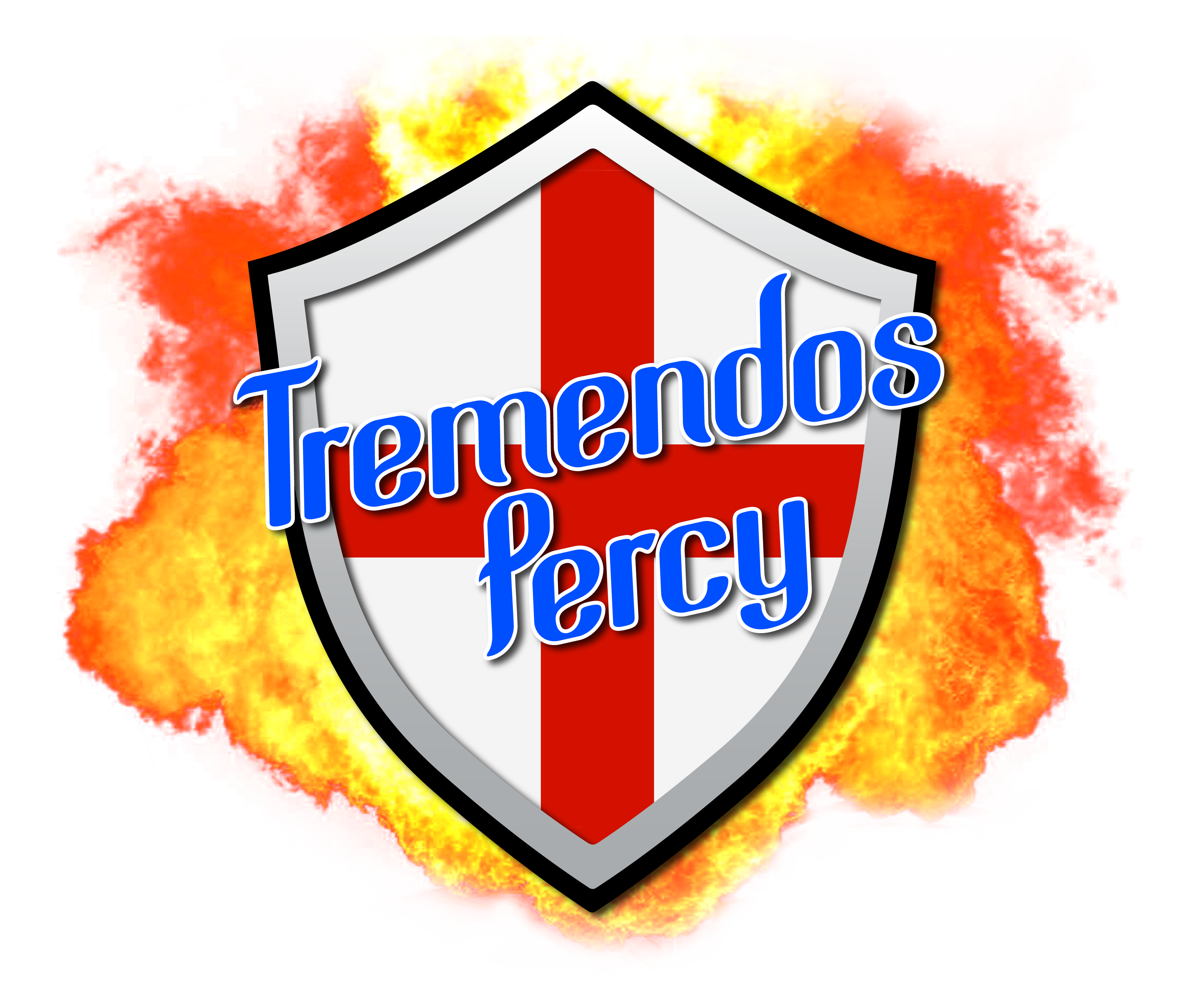 Hahaha .. Only you could make the switch from Lord Percival to a "badass butt sniffing, ball licking, Kung Fu Superhero!" and get away with it!! I have absolutely no idea of the direction this is going to head in, and to be honest that's just how I like it :D .. What was the theme tune? "Hong Kong Phooey number one superdog"? Can't wait until the next chapter!!

Thanks buddy,I'm hoping it will be a lot of fun.
The song went like this.........
Hong Kong Phooey, number one superguy,
Hong Kong Phooey , quicker than the human eye.
Etc......
Thanks for checking in buddy.

I was thinking the same thing. I was like what??? a thundercat maybe. Than I kept reading I was like WAAHHHHH no way that's much cooler than a thundercat.

I'm glad you're a dog. I watched 6 episodes of She-Ra Princess of Power today (and it's still awesome) to get inspired and she has some telepathy/healing thing going on with all animals it seems.

Haha, yes if you remember correctly I was in hell with the four girls all hating me!
This should be a lot of fun babe.

Hey, you wrote that in, not us. That one's on you!

How was I to know having 4 lovelies at the same time would go wrong, it seemed like such a great idea at the time 😜

Hi @tremendospercy, I just stopped back to let you know your post was one of my favourite reads and I included it in my Steemit Ramble. You can read what I wrote about your post here.

Thank you so much @shadowspub . That's very kind.
I will be posting about one of these stories a week, should be a lot of fun.😉

BahahahHa, your character is beyond adorable! I wonder who else will make it into your story!

Thanks babe, it'll be the usual roller coaster of silliness with MSP friends appearing here and there.
Thanks for reading and commenting babe 😉

1st ammendment I think it is.... I refuse to comment as anything I say may or may not.... who am I kidding... SHALL incriminate me.

Yeah baby! "His fist were as fast a lightning" 😉

haha awesomeness!! that is totally NOT the character I had in my mind for you.

This will be fun

Haha, what did you have in mind?
You're right it will be epic dude.

Besides Rowdy Roddy Piper, I was thinking Dick Dastardly and Tremondohorse becomes Muttley

Damn! Dick Dastardly would have been epic 😂

That's awesome babe, I look forward to our meeting with anticipation 😉

Of course you pick my hero HeMan ;)

Woah back to my childhood :-D

Yeah mine too buddy. Thanks for reading.

Yeah we do! Should be a great laugh.

This is gonna get real! You're transformation into a dog is such a twist. I can't wait to hear what you do in furry perfection!

Lots of inappropriate sniffing I would think. 😃
Thanks for your support babe 💐

Oh well now thats sure a trip down memeory land for me @tremedospercy !! I mean Hong Kong Fuey ?? lol thats really too muich, Id almost forgotton about his existance !! thanks for the giggles !!

He was cool, I'm glad you enjoyed it. Those of us who were kids in the 70's will remember him.
Thanks for reading dude.

Bring on the shenanigans.

Oh don't say that. You'll give him ideas!

Too late they're already there babe, do you not know me at all? 😂

Cheers buddy. I've been waiting for this for ages.

Hahaha what a back luck that the first thing he realized was his pawn and second his need to lick his genitals!!! hahaha very funny. Very nice post my friend keep it up @OriginalWorks

Thanks Roberto, I'm glad you enjoyed it.

Hey thanks babe, it was a nice childhood memory. Thank you for reading babe ❤️

I seem to have stumbled into the middle of this amazing story. I have no idea what the heck is going on, but once I read "fit of menstrual rage" and "why did he have a desperate urge to lick his own genitals" I knew I was somehow in the right place. Followed for sure, cause I need to know where this is going

Thanks for checking in @dexter-k
The back story is on my page, it started as STEEMLORDS a few months ago and has morphed since. There are a few of us writing in this quest. STEEMLORDS was an insane journey and my character was a bit of a lad. If you had a laugh at this check out the back story of Lord Percival the Magnificent he was a riot to write. Thanks for reading and taking the time to comment.

This is so creative and hilarious! Hong Kong Phooey... LOVE!

Thanks babe 😉 These posts are so much fun to write.

This was gold. Hilarious! You're a good writer bud and u inspired me to join in lol

Hey that's great to hear buddy.
I'm off to check all the others posts shortly.

Thank you so much 😉 This post has received a 10.93 % upvote from @booster thanks to: @tremendospercy.

i remember this cartoon when i am child i watch alot