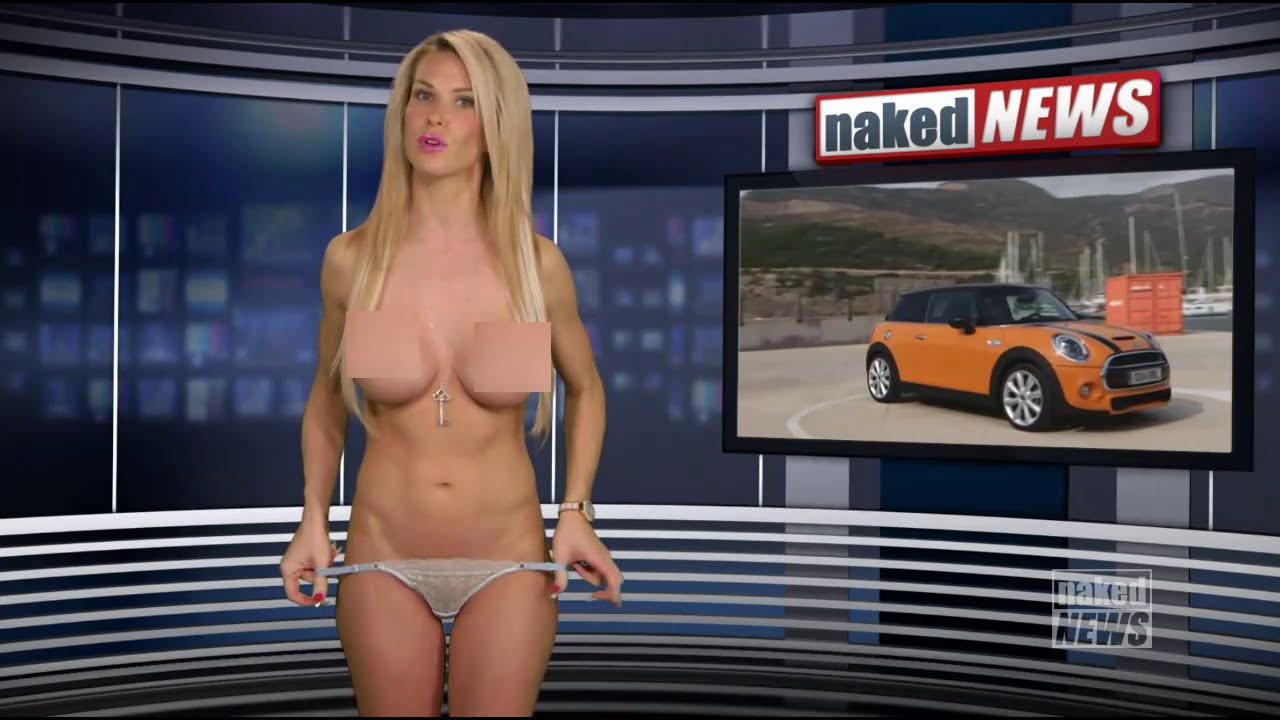 In America we keep hearing about Fake News. That is kind of surprising because TV News is entertainment. Take the Naked News from the Naked News Broadcasting Network in Canada.

The Naked News has beautiful women (and some men), stripping nude as they report the latest news, weather and sports. That sure beats the hell out of Wolf Blitzer's tired looking ass.

A Problem with News in the US
The term Entertainment News is an oxymoron, two opposite ideas that are joined together, like Jumbo Shrimp or Empowered Stripper. What's worse, a large portion of our society get their news from comedy shows like The Daily Show or Morning Joe.

The Real FakeNews at 11
How about a News show in the US that drops the hypocrisy altogether, and admits that it is an entertainment platform? Let's take a look inside and deconstruct TV News in America! 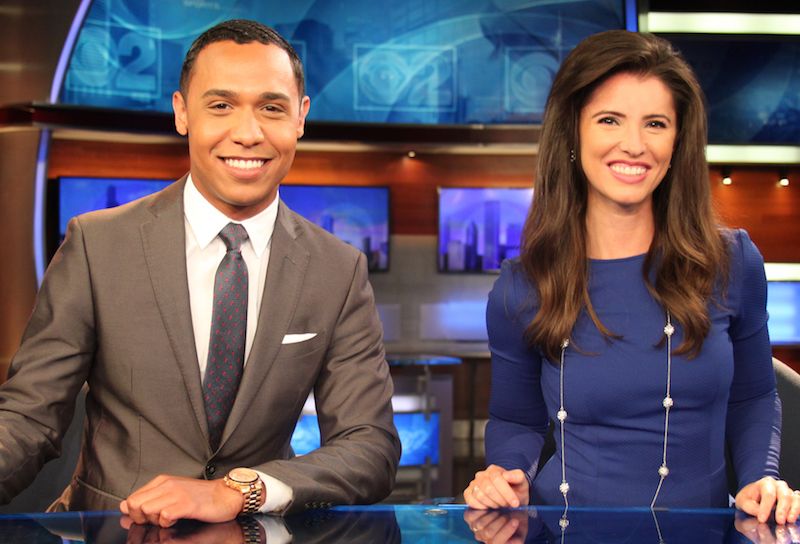 Jack: Tornados have devastated the midwest and Kellyanne Conway's hair. Hi I’m Jack Goff.
Sandy: And I’m Sandy Feet. The latest on Michael Cohen in court, find out what the Judge said that's raising eyebrows. And Presidents, Prostitutes and Pee-pee, new revelations from the James Comey book! All that and more coming up on the Real FakeNews Report.

Jack: But first, here’s what’s happening in your world, if you happen to live where something happened that was interesting enough to make the show.

In California an endangered Mountain Lion critically injured a member of PETA who was attempting to give it mouth to mouth. The Mountain Lion mauled the PETA worker who later died, of stupidity.

In Miami a vegetarian is in critical condition after suffering from exhaustion while lifting a can of V8.

Sandy: We begin with political news out of Washington. Let's go to our Washington-

"Thank you Sandy. Today in Washington nothing happened. There were no new revelations in the Comey book. In fact, no one said anything at all. What's more, no one did anything either. There is just nothing to report.

An unexpected result of nothing happening in Washington is that apparently for one day comedians around the country forgot their obsession with Trump and started doing comedy again. Let’s hope that trend continues. 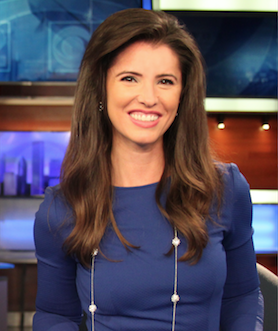 Sandy: Meanwhile, I'll look for a way to make that story about me.
Jack: Sandy, I think you just did. Next up, Entertainment news with "back from TV Host exile" Billy Bush. 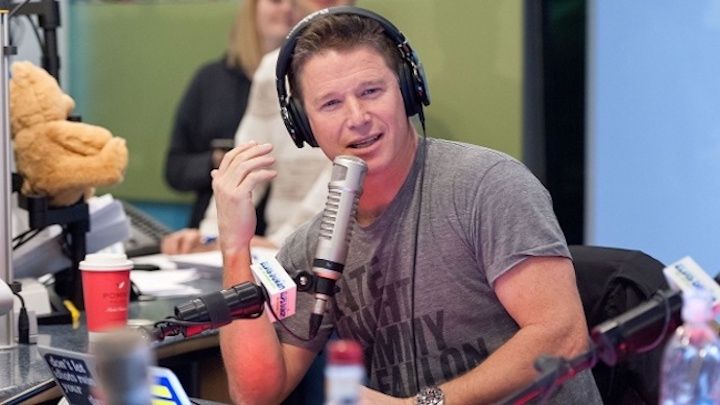 "Yeah, I'm back doing some bullshit podcast for FOX and correspondent work for you assholes at Real FakeNews. Fine, let's get this over with... (grumbling to himself) I got fired from NBC for some bullshit anyway. I didn't even say anything. Trump said it. But I get fired and that motherfucker becomes President!"

"It's not even awards season yet; but, actress Meryl Streep has won an Oscar for her role in winning Oscars.

And the world anxiously awaits Solo: A Star Wars Story, anticipating..no, more like hoping that it will be better than the last Star Wars movie. Or at the very least, hoping that it won't be worse. Because honestly the last one was terrible. That’s real shit on Real FakeNews! I’m a life long Star Wars fan and I can’t even remember the name of the goddamned movie, it sucked so bad. Fuck Kathleen Kennedy! Look out your window. That’s the weather. 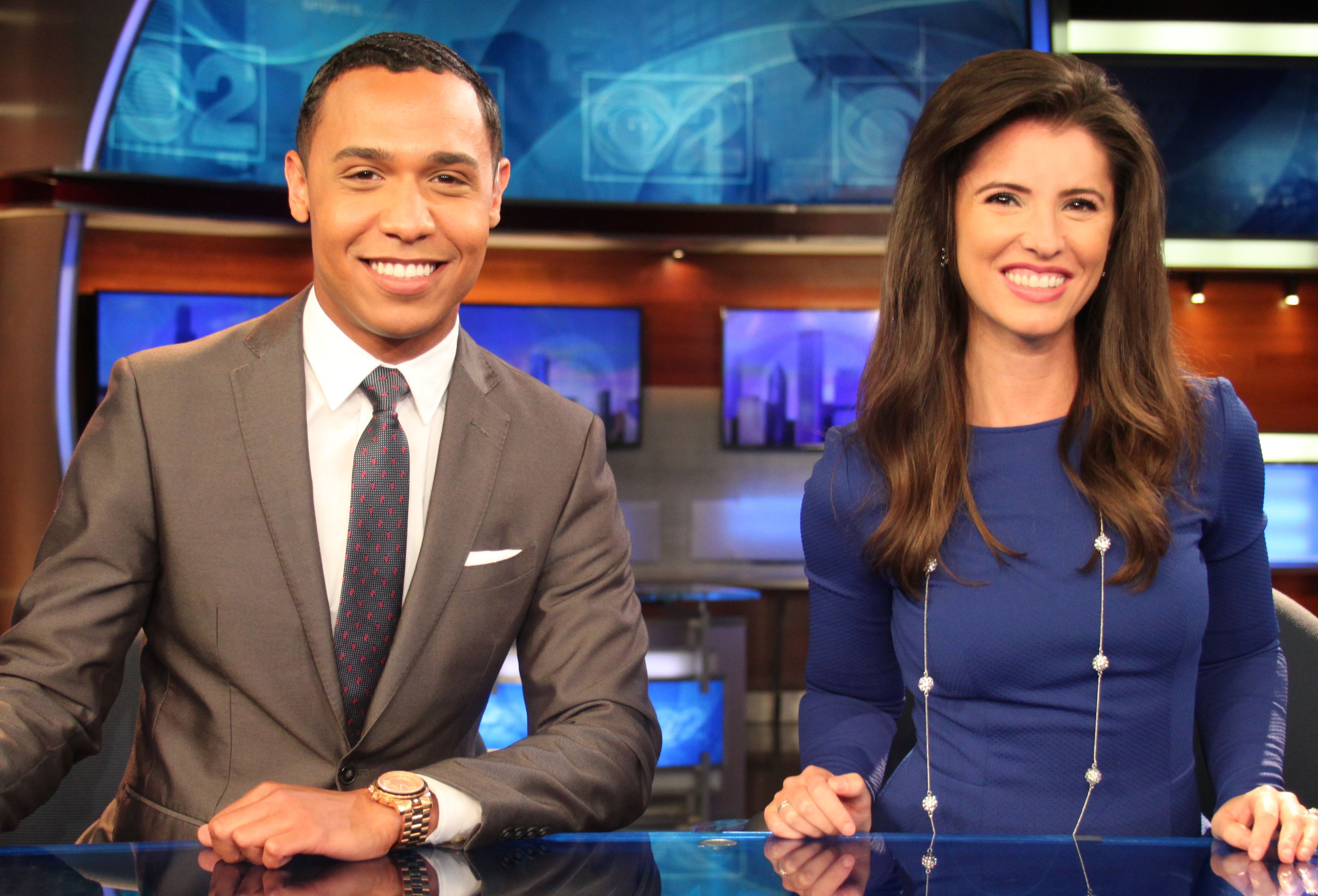 "Thank you, It is Springtime and that means win or go home in the first round of the NBA Playoffs. Let's take a look at some highlights from the weekend games.

Injured for the first series, Warriors point guard Steph Curry can be spotted on the sideline looking evermuch the super star in dark blue Armani, with a black cashmere pullover by Varvatos.

Charles Barkley was spotted on the set of the NBA on TNT, doing the best he can. Bless his heart.

That’s the Sports wrap up, live from the Red Carpet.

Sandy: Thanks Roshumba. Still ahead a humorous anecdote designed to make you feel a little better about your miserable life.
Jack: And later, I’ll say the word, Pancake. That and more when we return.

Sandy: Welcome Back.
Ok It's time for my anecdote. Once I was at an outdoor concert and I had to go really badly. I walked around for a long time but couldn't find a restroom. Just when I thought I couldn't hold it anymore, that is when I saw a Port-a-potty.

Jack Goff. So inspirational. From all of us here, have a great (night, day, week end). See ya next time.

Correction
The entire news show has been corrected, we were wrong about everything. In fact everything you see on the News is speculation, guesswork and propaganda with the facts distorted to support our corporate editorial policy. We apologize for the error(s).

Correction of the Previous correction, including the correction before that: Jack Goff and Sandy Feet are fake names.

Check Out My Previous Posts:

What a farce, so why not take it further? https://steemit.com/humor/@davidpompeii/trump-stormy-daniels-which-president-banged-the-hottest-chicks-and-other-signs-of-the-apocalypse

An unexpected result of nothing happening in Washington is that apparently for one day comedians around the country forgot their obsession with Trump and started doing comedy again. Let’s hope that trend continues.

This line alone is the absolute truism of Political News today!

Hey Pomp! You gotta tag this #comedyopenmic, get this on the radar of all the folks who enjoy comedy!

LOLz, That was my favorite line. I miss the good old days that comedians, focused on being funny and not whatever political aspiration is hot in the moment.

Like now most of the time when I see a standup special, I have to wade through 60 mins of political posturing just to get 5 mins of actual comedy. Thankfully there are a few exceptions still, sadly they don't seem to get the "big breaks," Chappelle may be one of the rare exceptions. Thanks again @davidpompeii for this nice bit of satire.

Thank you for taking the time to comment. What a cool think to say.

DJ, I took your suggestion. Thanks

I think that this could easily have won a prize in @comedyopenmic, it certainly would have gotten a lot more exposure and upvotes. This is quite hilarious. I only was able to read half of it as I currently have a screaming toddler. Well done @davidpompeii.

Absolutely agreed, if this was tagged 5 days ago, definitely see the judges nominating this for a prize back in Round 10, but more important, it would have brought more visibility to a verity of comedy much needed for us to grow our little community!

Nice job. I of course was click baited hehe

I hope the headline didn't make you think it was something else. I struggled with it for about two days, narrowed it down to a couple different ones and finally just picked one.

I honestly couldnt get past the part.

Thanks.
Entry can make people laugh.
Join #comedyopenmic and you make the judge laugh until he forget to eat.
You will win 40 SBD, also get more upvote.
And do not forget to follow the rules here