Trump, Stormy Daniels, Which President Banged The Hottest Chicks and other signs of the Apocalypse The best thing about the whole Stormy Daniels media blitz is that after all of this coverage, I still don’t know what she looks like. I can’t remember her face. She'll come on the TV screen. I'll see her face for an instant, then my eyes automatically go to her boobs and stay there.

Warning: Before you read any further, this piece contains some harsh language. It is too late in the day to mince words. I don't have time to be nice or pull any punches after the bullshit I have been seeing in the national media in the last few weeks. Don't read any further if you can't take brutal honesty or are easily offended. The news has become a farce; so I decided to take it further. Thank you.

I also want to say that I watched the interview, like over 23 million other Americans and I believed every word she said. The woman who starred in the film “Pussy Sweat” certainly wouldn’t lie for personal gain.

Last Warning: If you keep reading after this, well...God bless.

What is hard for me to believe is that we have come to this.
We actually have to ask ourselves who do we trust? President Donald Trump, a man who said you can just “grab ‘em by the pussy” or Stormy Daniels, a woman who sucks dicks for a living? Which one has the most integrity? As a country, are we really here? Because I must have missed my stop.

If a country falls in the middle of the forest and everyone hears it, does it matter anymore what fuckin sound it makes?

On the other hand.
We haven’t had a juicy white house sex scandal since 1998. Even if Trump's executive spanking happened 12 years before he was in office, this is a gift from the comedy gods to comics, wannabees and audiences alike. 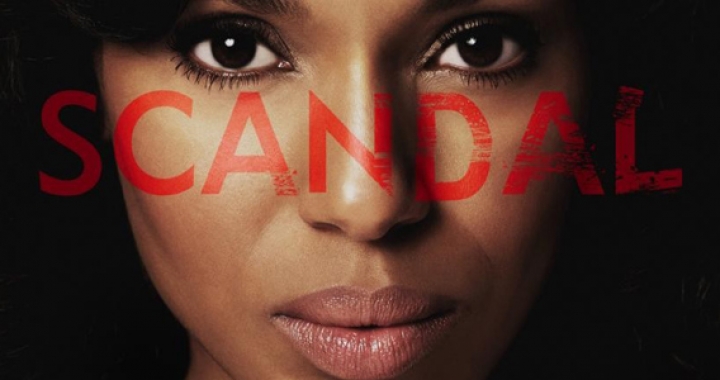 It has been far too long since we were able to do the comedic equivalent of executive dick jokes. And this tawdry tale of spanking a President with a rolled up magazine (with his own face on the cover) is reminiscent of the good old days of a POTUS and BROTUS ménage a trois with a movie star, or Oval Office oral where the word “dictation” depends on “what the definition of is, is.”

To make my list requires an extramarital affair, public disclosure and I have to believe the story. I have awarded points for hotness:

Tommy boy had an ongoing affair with his house slave Sally Hemmings. I guest that automatically made her a sex slave as well. When she called him master it was true.
0 points. She was supposedly beautiful, but I can’t give points to a slave owner.
Fuck Thomas Jefferson.

The original Warren G. One of Harding's lovers gave birth to a daughter while he was in office. Harding's term was cut short after he was allegedly poisoned by his wife in retaliation for his multiple affairs. I suspect he happily took the poison to escape her ass. 85 points.

The President's wife Eleanor liked girls; so FDR got around, in spite of having Polio, being in a wheelchair and with limited accessibility for the handicapped. Not to mention the world being at war and all. 117 points 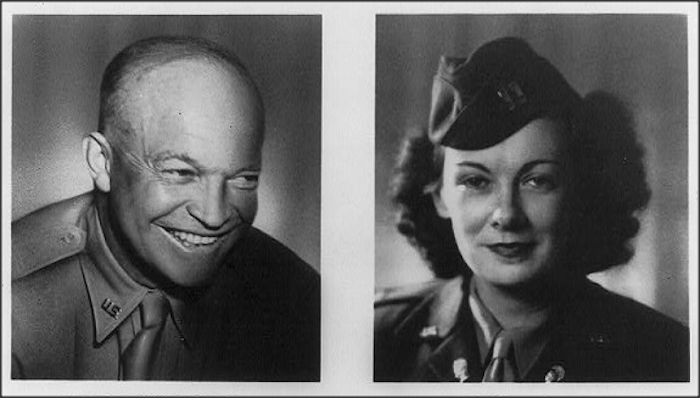 Ike's longtime lover was former model Kay Summersby, who was his personal driver while on trips overseas. Who knew Ike was also doing some driving of his own. Everyone, that's who.
197 points

LBJ was called a "dirty old man." He would constantly hit on young women; but was careful to be discreet. When you play the numbers like that, the average score always drops. 205 points.

Bodhi was played by Patrick Swayze, and he had hot chicks everywhere. Even his ex's hung out to party.
500 points

Hillary was hot when she was younger. But that hotness got cancelled out by the chicks Bill seemed to pull from some trailer park hidden behind the White House.
22 points

Stormy Daniels lowers the curve; but if the rumors about Miss America contestants are true, then the Donald made the bonus round for knockin some seriously hot boots.
1000 points

Having said that, he doesn't come close to our winner and still Grand Champion... 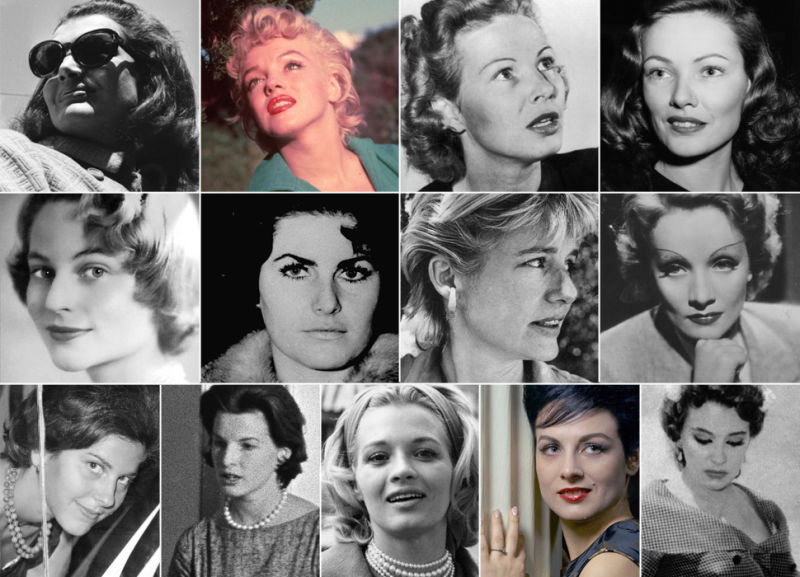 Simple White house staff or interns weren’t enough for JFK. He banged hotties across the entertainment industry from models and strippers to dancers and movie stars. His Hollywood smash list includes such all time greats as Marlene Dietrich, Angie Dickinson, Gene Tierney and Marilyn Monroe. This short list alone makes Kennedy the winner with
4,000,0001/2 points.
The ½ point was given in protest.

WARNING! The comment below by @marlon23 leads to a known phishing site that could steal your account.
Do not open links from users you do not trust. Do not provide your private keys to any third party websites.

Thanks for pointing this out, @guard. Your (possibly automated) post taught me more than this whole blog post (and I learned a LOT from this presidential adventure list)

I missed this one, write me a comment back so I can upvote you here!

Ha ha, sure. Thanks for the interest!

Hey David, when are we going to see another @comedyopenmic entry from you. We've got 40,000 SP delegation to give out some fat love to all entries now, and Jester prize goes from 40Steem to 100Steem in the next following round!

Did I mention we have a ton of new followers to share with you now too?

Come on back we miss out residential LA comedian!

Thanks for that. But I don't know. It looks like you all have done a great job building it up and there is Steem to win and new followers etc. Although I did the first couple of weeks, I am generally not a big fan of comedy contests. I would explain why if you have the time, but it could get long (and I'd probably bore you to death).

Ah, you may not know this, but this contest, is really not a contest, but merely one of the tools we're using to build a thriving community that welcomes, appreciates, and grow comedic talent.

We just launched #comedyschool last week, and we're getting some new blood on board to help with growing real talents that does actual IRL comedy open mic, and nothing reaches out and get more loyal fans (not the flaky ones who comes one time and go without spreading the word) but participants who are enthusiast who are trying out their hands in comedy, and start paying attentions and admiring pros like yourself

We don't need you to win Dave (though it would be great to see you hit Jester in 2018, we have jester role even in our community Discord). We want you to be part of something great someday, corner of Steemit that make this world a better place, or at the very least, grow a community that helps recognize the rare talent that comes out only once in a while, and help them become sustainable even help them proof their materials before bringing it on stage and the likes

Swing by discord, say hello and get a glimpse behind the scenes of what we're trying to achieve, will be too much to type out here, and God knows' it's surely much more just just a fun all inclusive silly contest with prizes growing as the community supporting it grows along with it ;)

a sideway view of a micro to macro Steem disruption:

Here is recent COM post was tiny synthetic alpha prototype disguised as a easy competition to instigate genuine curation and creativity (baby steps as we slowly accelerate towards 10,000 active followers, next step will be much more interesting as we release our plans to attracts larger participation consistently and means to measure it):

there is alot more....including dev (and all that comes with it including our our DAP someday and then some)....oh yeah, did you know we've launched COMEspanol in the middle of it's 2nd week now, and we've exceeded our target of 30/week entries hitting >50, there are lot of countries that when they get on crypto like Venezeula it will disrupt the violence and cycle of poverty form by financial and political tyranny, also the leaders helping with #comedyschool is going to start funding an orphanage to help his friends in Iraq (I shit you not), come back and see for yourself:

You make a really good argument. I will give everything a closer look.

you won't regret plugging into the community once again, you genius and madness belongs with the like of us unstable disruptive folks who think comedy will cause world domination.

Ha, this was funny, with a nice touch of cleverness, while sticking it to "the man." The media is a joke, and since we are talking about jokes, so are the politics of the day(Killary or The Donald??? Really, those were the choices???). I really hope people start waking up to this nonsense. Either way, I thoroughly enjoyed your post.

Awesome! Nice post davidpompeii
Thanks for sharing with us friend!
If you have a minute to check out one of my posts: https://stееmit.com/@theexplorer/win-1-5-sbd-for-your-photos-the-explorer-s-photo-challenge-round-8-s-theme-and-round-7-s-winner I will be forever your fan!
Great job