TIL heaps more about fasting, keto eating, and how ANYONE can use them for health, weight loss and longevity

Yes, there are even keto vegans, it’s not a way of eating just for carnivores.

When I say today, I really mean over the last ten days. For about three hours every day, I’ve been listening to a summit called The Real Skinny on Fat - the Truth About Weight Loss, which is why I haven’t been much in evidence.

But now I want to share what I’ve learnt with you all, even if just to consolidate it in my own brain. Can I concisely summarise 30 hours and many pages of notes into a few shortish posts?

Some of the topics covered

A huge amount was covered, including:

• Why we were led to believe fat, especially saturated fat, is dangerous
• How keto and fasting tie in with ancestral eating
• Different types of fasting, and how to choose the easiest for you
• Different styles of keto eating
• The benefits of each type
• How they promote healthier weight and prevent metabolic syndrome
• Tips for when and how to use these tools
• How to make it easier than you might expect

One of the interesting things about this summit was how many of the presenters were doctors who have switched to using nutritional healing with their patients.

Another surprise was how many were combining keto with diets that were largely plant based. So that blew apart the idea that high fat diets need to be high animal food diets. Today I’m just going to tackle the first point – why have we become so scared of fat? I’ve got two words for you…

Now, I’ve known for a long time about the Ancel Keys Seven Country Study, which supposedly proved that saturated fat caused heart disease. But up till now I thought he was hired by the vegetable oil manufacturers to prove how bad saturated fat was. It turns out, it was his own hypothesis, and once he had “proved” it, he went looking for sponsorship, and that contributed to the rise of the vegetable oil industry.

OK, so what happened was, he had access to a database that showed how much saturated fat was produced in each country, and the prevalence of heart disease. He “cherry picked” seven countries, out of the many available, that had a correlation between the two. This was bad science for at least two reasons:

• This was the amount of fat produced, not the amount eaten
• He ignored the countries that disproved his hypothesis

Apparently he was a very dogmatic person, who truly believed he was right, and went all out to prove it. Tragically he was successful, over time, in persuading the general population, as well as those setting dietary guidelines, that he was right.

The combination of these two factors was one of the biggest public health disasters of our time. For ongoing good health we need fresh, unprocessed whole foods, and we need loads of fat for building cell walls, hormones and neurotransmitters, and many other functions.

The subsequent changes in the Western diet have created an epidemic of obesity and ill health. There has never been any proof that fat generally, or saturated fat specifically, is bad for health. Yes, there are some fats that are bad for us, but not the ones we think. For more about good vs bad fats, see a post I wrote 2 years ago here.

The summit has finished, except for a 48 hour encore period when all of the interviews will be available to watch. It starts Friday, July 27th at 9 pm Eastern / 6 pm Pacific and the link is here. I really encourage you to go and check out what you can over the weekend.

I’ll be back tomorrow to talk about how keto and fasting relate to how our ancestors ate. We’ll also talk about different ways to fast, including a very easy starting point that everyone could do right away – spacing our meals better.

Top image from the summit website, others from Pixabay.

Amazing how the powers that be get so much stuff wrong.

i get the munchies and eat chocolate biscuits...did they discuss that? if they did not discuss the munchies i would be very skeptical....

Oh you can be sure I'll address the munchies. (Remind me if I forget...)

Informative writeup Deb. I’m glad you are checking out the real skinny on fat. What a terrible injustice for people who followed the advice of this man and were scared of eating fats. Thanks for sharing. 😊 💕

The influence he had was really a terrible tragedy which we are still paying for today :-(

Hi @kiwideb, I've been meaning to look more into ketogenic diets, as I have type 2 diabetes, and many people I've come into contact with since that diagnosis have mentioned keto as being a helpful tool. It isn't something that the diabetes nurse or dietitian ever mentioned during the post-diagnosis info sessions though.

No, you're not likely to get any info from the medical system. But there is a lot of useful info out there and hopefully I'll step through it in a way that's easy to understand and follow. We can always chat in person if that would help. You're Auckland, right?

Yes, I'm a Westie. The thing is, with also having many other ailments other than diabetes, I need to get advice that is appropriate for someone like me, with complex interactions. Unfortunately that isn't always easy from the medical profession, as they only seem to see the one condition that they're qualified to treat. The classic example of this is that my cardiologist is always encouraging me to exercise more, with daily walks. But with diabetic neuropathy in my feet as well, that isn't always feasible. I really need a holistic approach, that takes everything into consideration.

If you're not on any medications, follow along with my posts and see how you do, as I'm aiming to recommend small and easy changes. If you are on medications, you will probably need the support of someone who knows your medical history. (but still read along and learn things to take to your doctor)

You might find it helpful to follow @baerdric who has some of the same issues as you, and is managing them with keto and fasting.

Are you able to do seated exercise when your feet are feeling bad, or do you have low energy as well?

Ancel Keys is the "scientist" (and I use that term loosely) whom I consider the father of the epidemics of obesity, diabetes and other chronic illnesses.

How the American government got sucked into his skewed data and then the world followed suit is one of the biggest travesties of history.

I cringe each and every time I see "Low Fat" as an advertising ploy in the grocery store. Especially since when they remove the fat they add more sugar.

NEWSFLASH!
It's the sugar that's killing you..... NOT the fat.

I too wrote a post about healthy cooking fats in the past if you care to check it out.

I'm a BIG proponent of the Ketogenic lifestyle and am looking forward to the rest of your posts.

In Peace, Love, and Health
~T

I'm not sure whether I was madder with him when I thought he'd sold out to the food manufacturing industry, or now that I know it was his own misguided and pig-headed idea. Either way a terrible disaster.

Great article. I haven't used avocado oil a lot, but I want to try and use it a bit more. One other fat I like, especially for roasting veges, is lard.

Do you make your own lard or purchase it?

I save my bacon drippings and use them sometimes but probably should make that more of a point cause broccoli roasted in bacon fat sounds delicious 🙂.

Anything roasted in bacon fat is delicious! I do save bacon fat when we have it, and when I haven't already eaten it straight out of the pan, oops. But we have a very nice free range lard that we can get from our local organic shop.

Sounds like a really great summit. Looking at my kids I see we crave these fats from time we are babies. Then we look for the most accessibly form of fat and get it.

Growing my parents suddenly changed to be vegetarians. My brother craved fats so much he ate a pound of butter.

I really think that if children are allowed to choose their own foods, they will know what they need. Such a pity we often lose that ability.

awesome article ma atleast after reading this i learned a lot and so many doubts are pretty cleared looking forward to next one :).. people really need to know about keto and fasting..

Yes, they do! There's so much to cover, hopefully I can make it easy to understand.

Many thanks for sharing your post with #makeithealthy... It has been featured in Issue #11 of the Make It Healthy Curation Magazine! Cherry picking data is the worst, they all bloody do it as well. Spacing meals out, is defo a really good starting point for people

Yeah, not too scary a starting point, whereas leaping straight into a fast of 3+ days is not for the faint hearted!

Stone people I know have done exactly that and then failed miserably!! 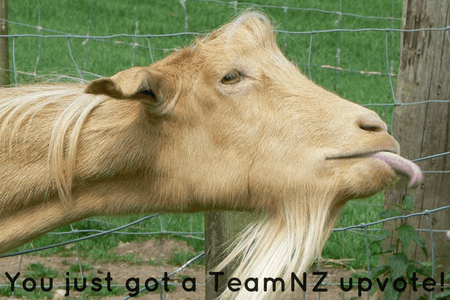 @kiwideb You have received a 100% upvote from @futuresteem because this post did not use any bidbots and you have not used bidbots in the last 30 days!