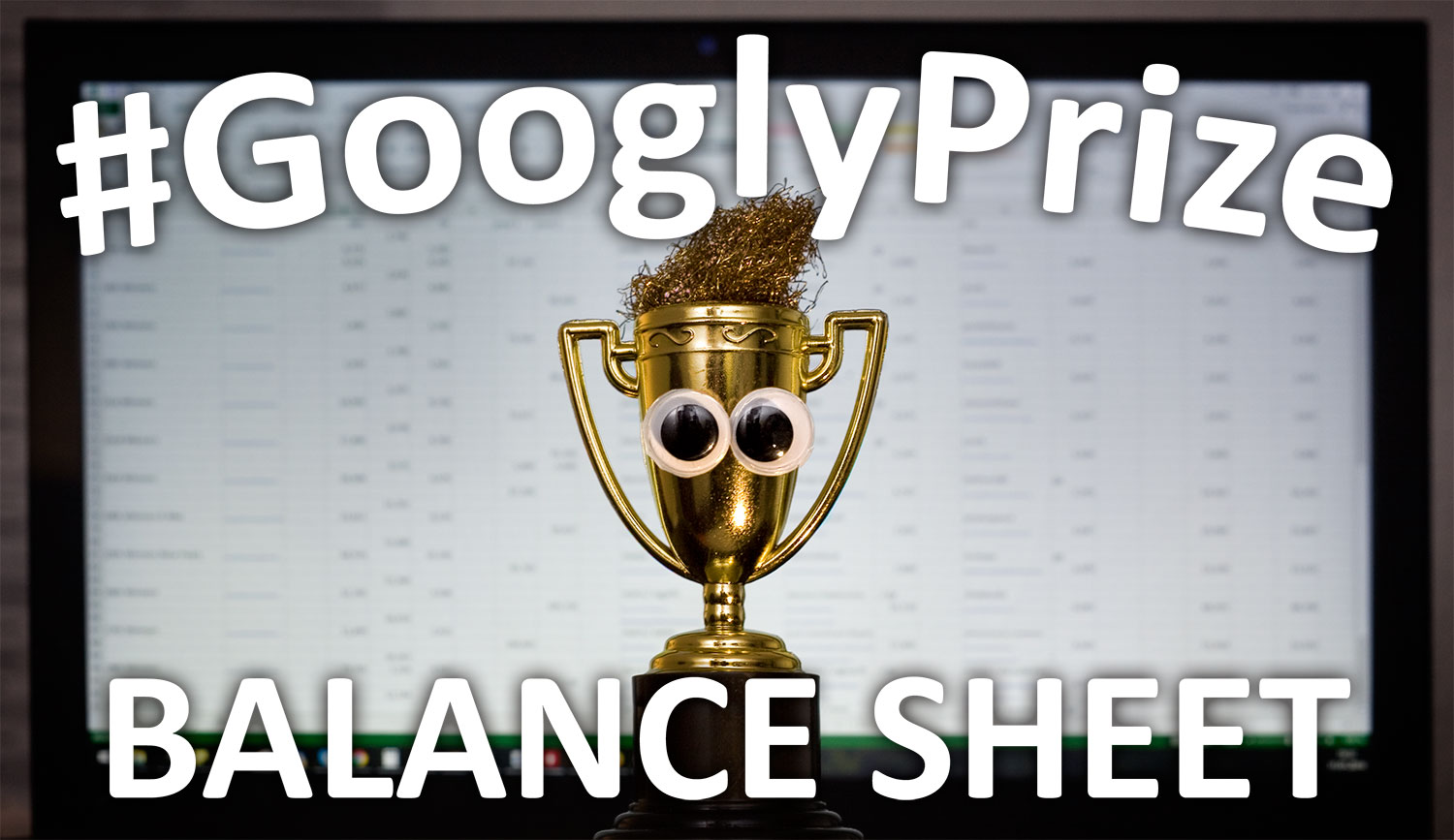 Such numbers, many wow, very maths!

When I started the #GooglyPrize I made a commitment to run this as a non-profit and as a hub to build a community around the tag #GooglyEyes. I still stand by this commitment and in the recently published updates-post I had promised to give you a full report on how the latest changes play out.

Before we get into the details, though, let me give you a quick rundown on how the #GooglyPrize is funded:

Similar contests are often limited to only SBDs, maybe even just a percentage of that! That's not the case here, 100% of the SBD rewards are paid out while the SP rewards contribute to a continuously growing delegation fund.

Sounds straight forward, but due to some technicalities (canceled delegations take another 7 days before they are returned to the delegator) it took a few rounds to find a well working and sustainable mechanism. I wrote a detailed post about how I got there, but in essence it works like this:

All even weeks and all odd weeks contribute their rewarded SP into two separate delegation funds. Due to the occasional fluctuations in rewards I will infrequently balance these pools out to keep them similarly sized. Each week a selected winner gets to enjoy one of these until the next winners are announced roughly 7 days later.

SBD rewards are paid out to multiple winners

In every round 60% of the available SBD rewards are paid out as cash prizes to the winners while 40% remain in the pool for the next round of winners. I initially devised this to pre-fund subsequent announcements, just to make them more attractive. But over the time it also worked well to smooth out the bumps in rewards the announcements were making.

I introduced a little change to this in last week's update. So far the 40% pre-funding would just sit in my wallet, doing nothing. I have decided to run an experiment with this and use that money for paid promotional upvotes for the announcements themselves. This should technically result in an accelerated growth in rewards and a net positive for both the delegations and the cash prizes. Again, I would like anyone to be aware where their contribution to the prize goes, so I wish to make this fully transparent. I have logged the upvotes in the comment section of last week's announcement as they were ordered. You can check out the details there.

To see what the prizes would have looked like without those paid votes, lets do some maths to get an estimate: the post lost 3.65% in value after the upvotes and @googlyeyes received 84.4% of the post rewards. This means final payout would have been only 28.604 SBD and 24.142 of those would have gone back into the prizes.

The Bottom line is: 17.107 SBD invested have resulted in a 34.273 SBD return - 17.136 SBD have been available as liquid SBD in this week's cash pool, the other half has been rewarded as ~ 2.914 SP and is now part of the delegation fund! We made the liquid SBD right back and earned a good chunk for extra delegation. Winner winner chicken dinner!

I will continue this strategy for now, unless the STEEM-USD value tanks drastically during the last days before post payout, this should always result in a net positive!

Upvote the Winner Announcements before day 3 for maximum curation rewards!

And now, since following all this maths was probably totally boring, I've got even more numbers. Buckel up and get your calculators out:

I can go on and on about how this is all for the community, and you'll just have to take my word for it, right?! No! You can have my numbers, too.

I made it a bit easier to see the history of this contest by resteeming all previous announcements through a dedicated acoount: @googlyprize. But I also want to give you access to a full balance sheet that you can check against if you wish so.

So, all-in-all I made a loss of 3.397 SBD during this operation, this is mainly caused by paying a few bonus SBD from my own pockets to participants who didn't win in the very first round. I am slooooowly making those back as dividing the prize money leaves fractions of 0.001 behind every now and then, though.

DISCLAIMER: I will admit, the delegation fund is held as powered-up Vests with @googlyeyes, this leads to a share in the built in steem-inflation. Yes, SP actually kinda "grows"! (Look at @ned's wallet and refresh every few seconds to see it in impressive action). Since the delegation pool does not account for that (enough maths already), interest remains as "profit" with @googlyeyes, but you get that back in upvotes anyway. 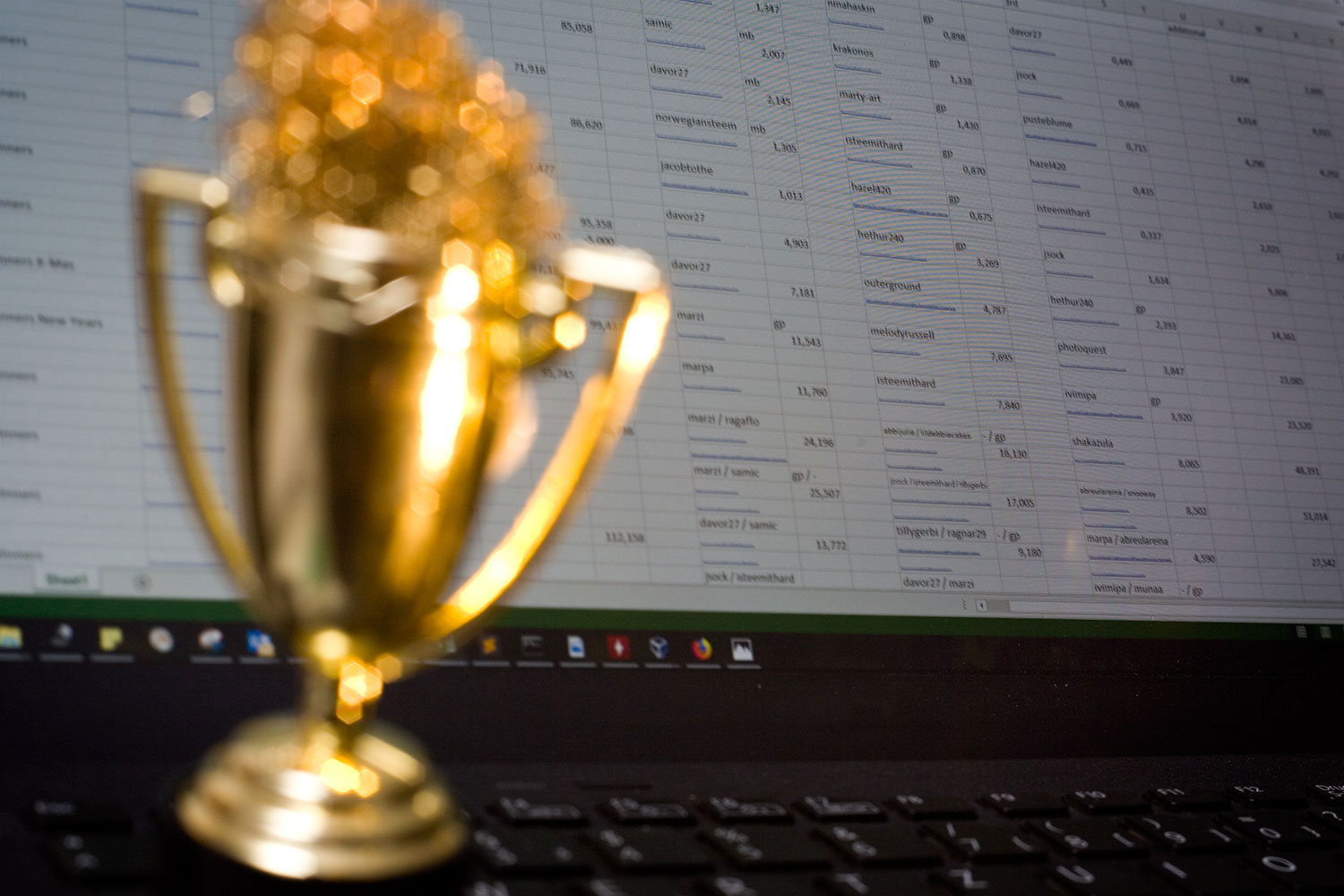 Because looking at spreadsheets is so much fun, I though I'd let you have a look, too :P

everything is better with #GooglyEyes

Do you have Questions or Critique?

Roast me in the comments!
I'd be stoked if someone double-checked my numbers, too!

Are you For or Against Paid-Upvotes?

This is a heated issue on steemit lately, and a bit controversial.
I'd like to consider the stance of the #GooglyEyes community here!

Want to talk more directly or just hang out with nice folks?

I love maths - to some extent, but this just goes over my head :D

I also love how the #googlyprize gives back 100% of SBD as well as SP (or very close to that) to the contestants, without asking for any upsteems or revotes! ;)

admit... you just didn't have the patience for the numbers part :P

hahaha that madness, so many calculations @googlyeyes
It seems that @minnowbooster is better than postpromoter
With this low steem / sbd I lost again
send 12 and credit only 26
my post had 4.5 in votes before the purchase
and finally I only received 8,519 SBD and 1,902 SP.
I lost ... until laughter
hahaha

yeah... forget these bid-bots... they are almost always much less "profitable"... these guys just run the simplest possible bot that makes sure they get the maximum profit. And customers are too damn eager so they constantly overbuy the bids.

@minnowbooster tries to balance the return in favour of the buyer, so unless some major prize crash happens, you are always in the green there.

the recent dip in STEEM-USD rates has certainly also contributed to your loss though.

so much effin numbers... :P

I have not even as of yet figured out the math of my own wallet. You are wonderful to share more math never to be figured out at least by me. Love googlyeyes forever

Mind boggling - but you’re amazing, and so refreshingly fair and transparent. Big love

Thanks for your work in running the contest and for your transparency. As you say, "Everything is better with googlyeyes"!

Thanks... I am trying to set a positive example here ;)

But I upvoted, followed and resteemed so I will remember to reattempt comprehension on another, fresher moment. Good luck!

Also, I am FOR paid upvotes because sometimes those are the only votes you get! Sad but true!

heh... If you post a good Googly, I can assure you a bunch of votes without paying ;)

thanks for sharing your opinion 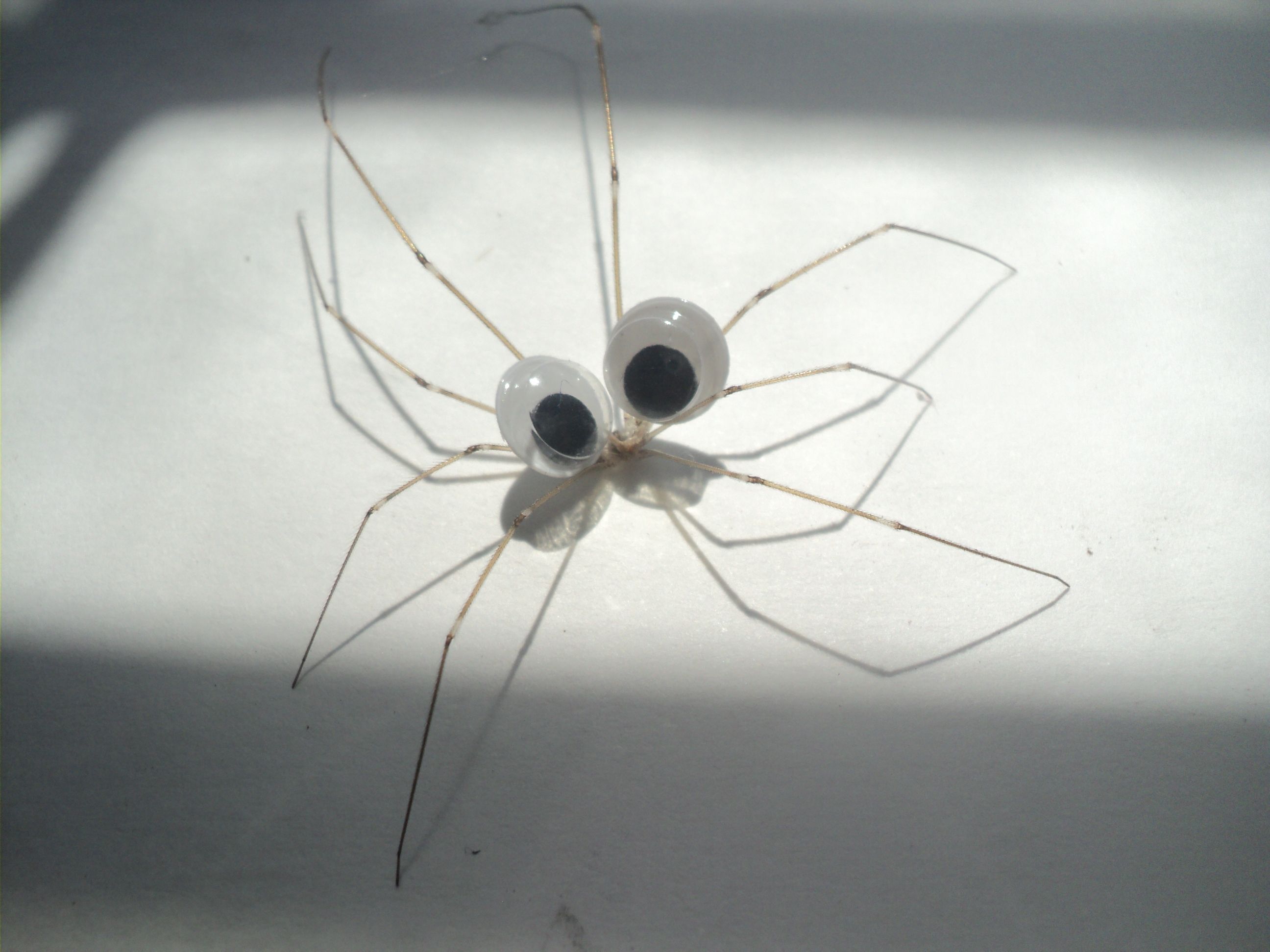 This is so over my head!

hehe... it's really not THAT complicated, but I will admit I struggled with explaining it without going into tooo much detail :P