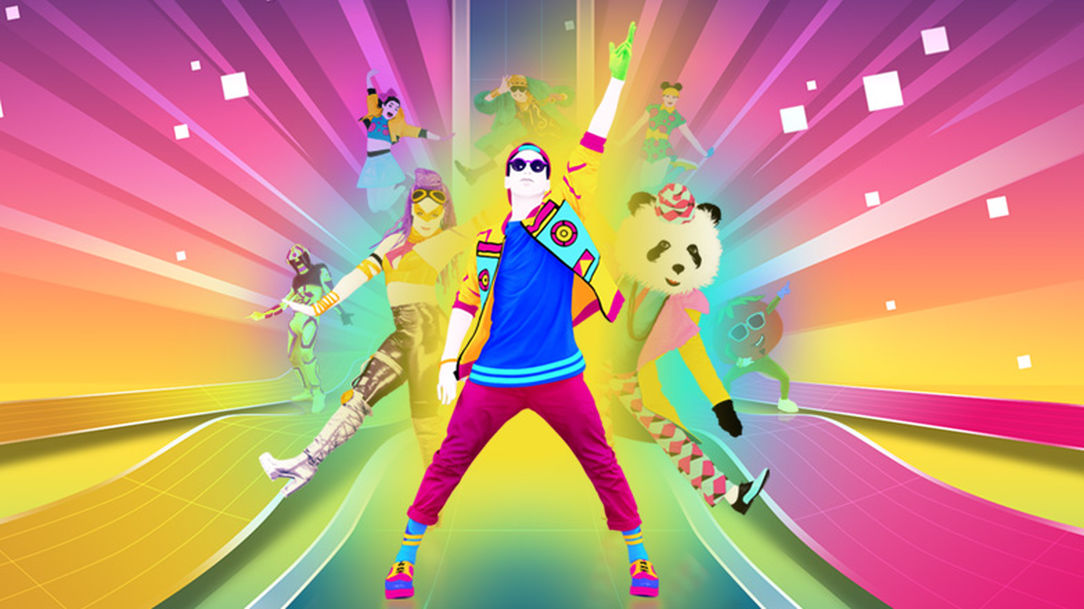 ** Just Dance is back with a brand new part. In the Just Dance 2018 review, we discuss what's new and whether the game is as good as the previous ones. With a brand new list of songs and a separate section for the kids, there is always plenty to talk about!**

It's blown again! Not so much on the real dance floor, but the sofa in the living room can certainly be pushed back. The Just Dance series has a new part, as it is standard around the end of the year, and this time it's just Dance 2018 to get rid of all the hips. With a whole lot of new songs, both the loyal fans and the newcomers need to spend a lot of hours dancing.

The formula behind Just Dance is actually quite simple. On the television you will see one or more dancers dancing on a chosen track and you will be given the task of dancing as accurately as possible. Your movements are closely monitored by the game and then a score is stuck. The person with the highest score will of course win.

It is possible to play locally with others on a console, but in Just Dance 2018 there are also some online components that are processed. The core of the dance series has not changed much since the first game, although the formula is constantly being encrypted. Just Dance 2018 continues this trend, although there are some new features in the game. Play in your own way

The games make use of so-called motion controls on all platforms, which means you have to move to play the game. There are several ways to play each platform. For example, the Wii only support the remotes that work with the consoles, while you can play on the Xbox 360 and the Xbox One with the Kinect sensor. Here, therefore, you do not need a controller in your hand.

Instead of a Wii remote, the PlayStation has the Move controllers that can be played and the Nintendo Switch obviously has the Joy Cons used as controllers. Finally, on the Xbox One and PlayStation 4, you can use your smartphone as a controller if you do not have the necessary accessories in your home. This allows anyone to enter the digital dance floor without much difficulty.

Once you start the game, you notice that there are a number of things changed over Just Dance 2017. For example, the game is more logically divided into categories and a special section for children has also been added to the total package. A few years ago, a Just Dance Kids game appeared, but songs for the younger fellow members continued in recent parts. 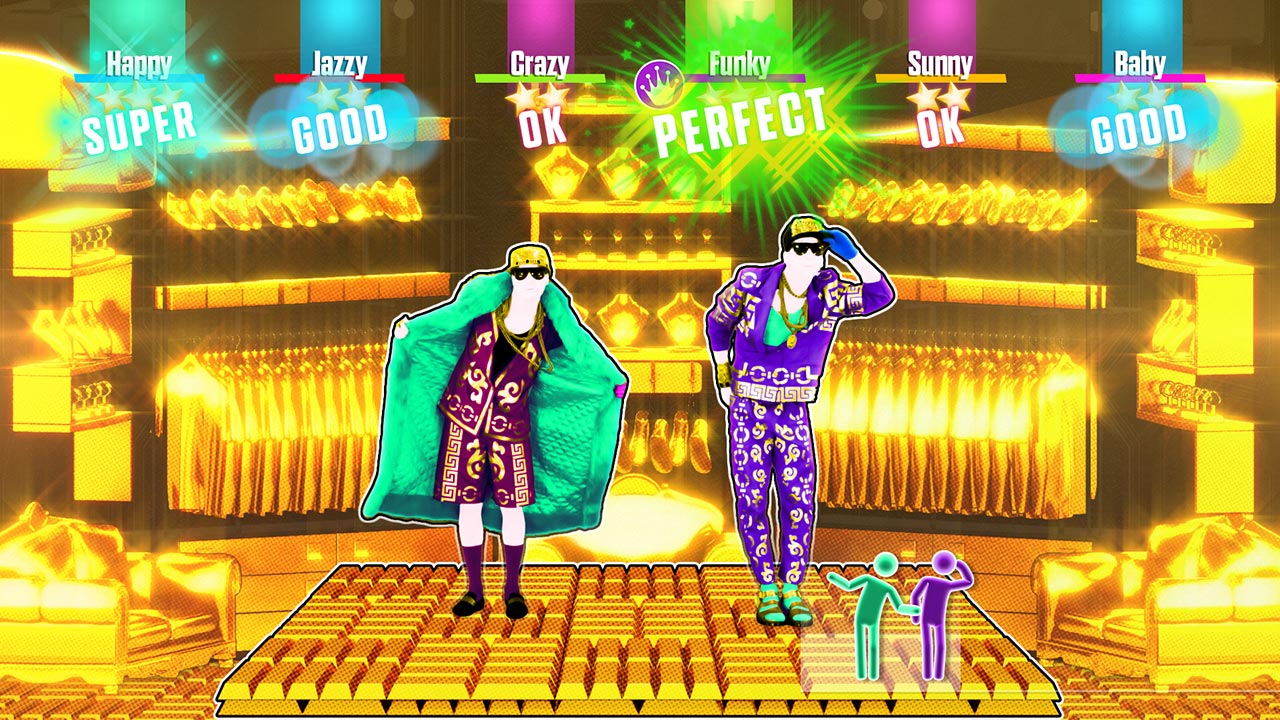 Also for the little ones a big play fun

The beauty of the kid section is that the songs are more in their experience, such as "Let It Go" of Frozen or "I Like To Move It" from Madagascar movies. While not all songs are brand new (some songs come from previous parts), it's cool to see that Ubisoft is thinking of all ages with the release of Just Dance 2018.

But also for anyone who is looking for a bigger challenge can get his or her heart in the new Just Dance. The latest pop hits can be found in the tracklist and if you do not have enough 40 songs, Just Dance Unlimited can release another 300 additional songs with a push of the button. Take it online to others

Are you sure about your dance skills, then you can dance in real time on the World Dance Floor to other players to get out of the gold. The mode has been present in every part since 2013, so it's definitely not new. But it remains cool to see how you are too smart with your crazy moves.

At least, if the motion registration does his job properly. On the PlayStation 4, it is more than likely that the PlayStation Camera does not record well or not at all, causing you to miss points. Something that can be easily remedied is by packing the Move controller. The use of a physical controller or phone remains the best way to play Just Dance for the moment. At least if you go for that highscore.

In addition, the innovation in Just Dance 2018 is of course far to be sought. Where Just FIFA or Call of Duty adds a few new elements, Just Dance is no longer the case. But the question is whether it is necessary, because in the end players of the series just want to dance. And let Just Dance 2018 be doing very well now. 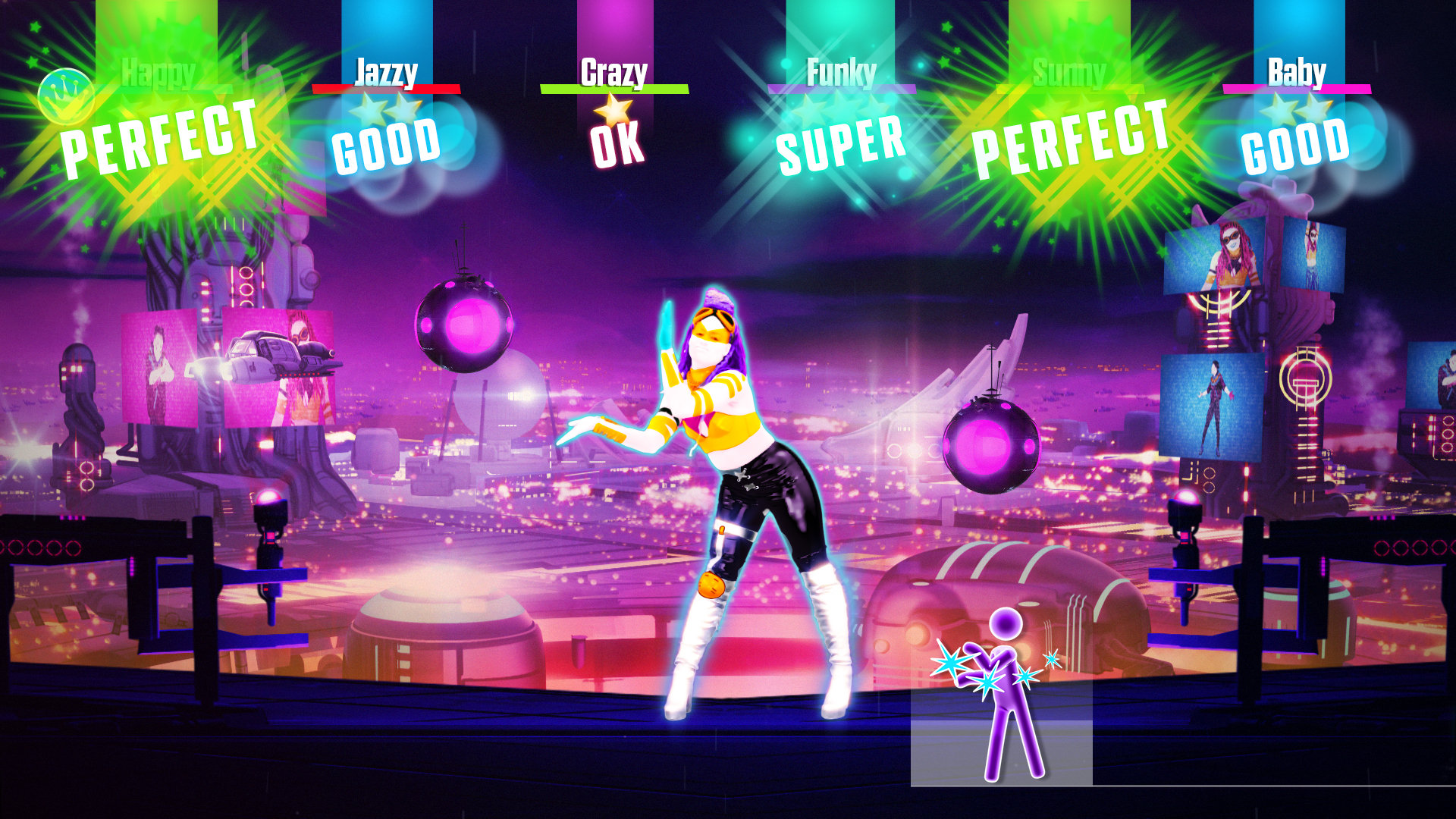 Every dance fan who likes to swing with the latest pop songs, should actually get Just Dance 2018 home. With the introduction of a separate kid section, the younger fans can also take part, while dad or mum can choose the rest of the songs.

With the Just Dance Unlimited service you have more than 300 numbers available, even though you will have to pay extra for it sooner or later. In addition, not all controls are always good, something that may disturb some players. But all in all, Just Dance 2018 has become a nice partygame that allows everyone to let go of the hidden dancer.

The plus and the drawbacks

Thanks for reading, I hope you liked it!

Get More Exposure On The Chats!