The third installment of the Deep Dives Research Challenge series is upon us and marks a return to the vast Wikileaks archives.

“WikiLeaks is a giant library of the world’s most persecuted documents. We give asylum to these documents, we analyze them, we promote them and we obtain more.”

Der Spiegel
https://www.wikileaks.org/
Participants are able to select their own topic for research depending on individual interest. Broad categories from international politics, the economy, war, military, corporations, trade, intelligence, etc. offer endless possibilities. Use the custom search feature to sharpen your focus. 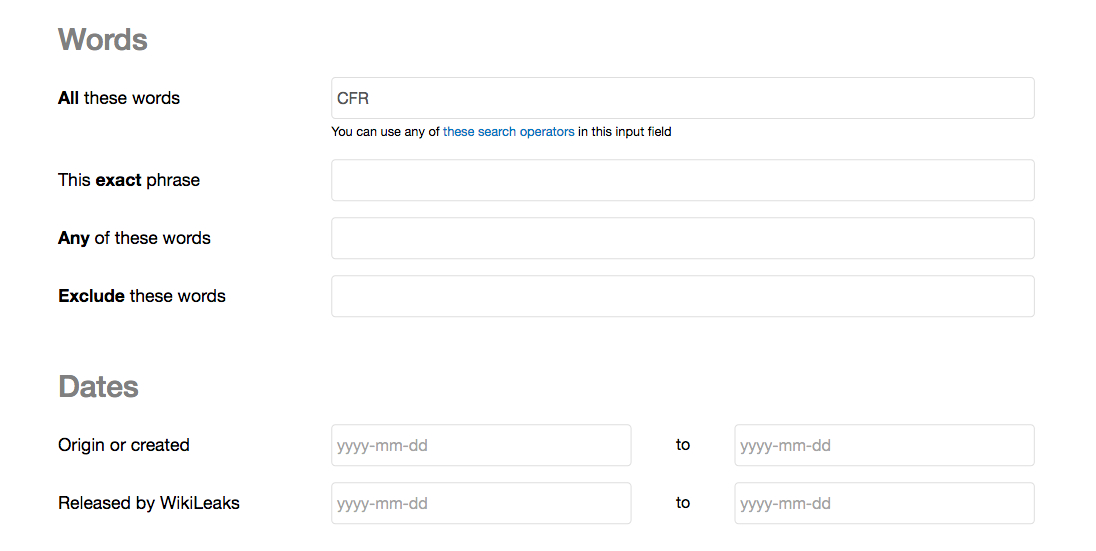 Back in late 2016, Wikileaks revealed the existence of a little known index that combines onsite and offsite resources relating to Wikileaks material. This invaluable tool helps make the mammoth amount of documents available on the Wikileaks website more accessible and systematic. When engaging in research of government websites, intelligence agencies and whistleblower sites, such as Wikileaks, we strongly urge you to take all necessary precautions.

We recommend that you take the time to properly explore available privacy tools and VPNs. As mentioned in the Deep Dives introductory post the first edition will be quite broad and up to the individual to find a point of focus.
If you’re having trouble finding a focus, begin with a person, country or topic of interest such as; Clinton / Netanyahu / Gaddafi / Saudi Arabia / China / Chemical Weapons / Free Trade / Trafficking / etc.
You never know what will turn up.

Note: Longer entries with multiple links and references does not equate to higher quality. Clear and concise work with a handful of supporting sources is preferable.

Those that do not ‘win’ should not view their work and efforts as being wasted. All submissions are valuable and will be contributing to building a body of research on the blockchain. We hope that contributors support each other’s efforts wherever possible whether by sharing tips, links or through constructive feedback to their fellow researchers. 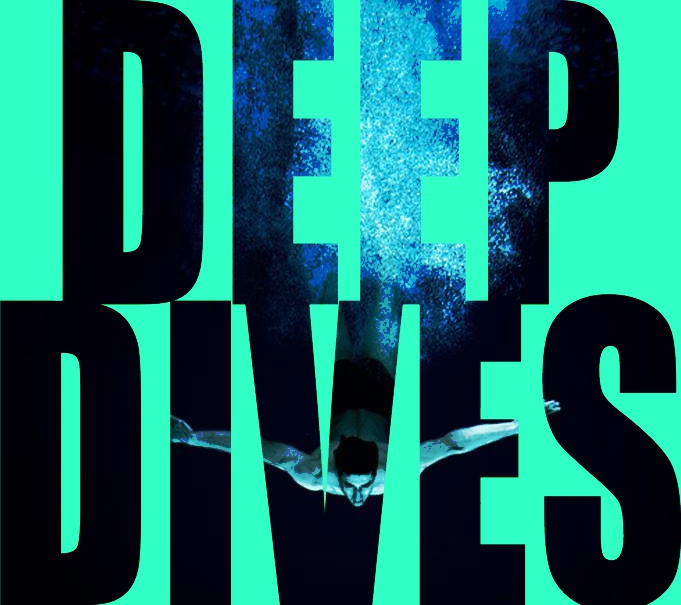 As mentioned in the introductory post, future research initiatives will be more focused on specific themes, archives and sub-archives.
Our hope is that eventually research projects will be community driven.

Have your say, and let us know what topics you feel would be worthwhile for future Deep Dives research!

Deep Dives is a work in progress any suggestions, feedback and input from you is greatly appreciated.

Join us on Discord at the Writer's Block - https://discordapp.com/invite/n88PSw

"Note: Longer entries with multiple links and references does not equate to higher quality. Clear and concise work with a handful of supporting sources is preferable." You forgot unless your AK I am the exception! I am kidding I may give this a go this weekend.

There are rare exceptions for sure AK ;)

what is AK please?

Been a busy week with some moving during a heatwave, but I did one on The 'Collateral Murder' Massacre.

Crossmatch: the biggest breach in privacy sensitive data ever

I wish I had were able to submit something to every promotion you guys run, I did get a good one going for deepdives though. I am a fan of reading Wikileaks and was happy to get back into it for IW! Hope you like it ;)
https://steemit.com/deepdives/@gregorypatrick/cia-operation-cherry-blossom-wikileaks-files-shows-anyone-who-wants-to-learn-to-hack-wifi-deeo-dives-research

I wish I could enter again, there's something shocking very close to us at the moment .. involving a wikileaks file, but I'm too scared diving into it. Because precautions will be made too.. maybe if it's solved and will be on some news I am not to scared anymore.. My hands are itching though.. Unbelievable that this is possible, but then again, our home country Holland does seem to make a mess out of everything..

Great! I will surely be participating in this challenge!

I apologize if this is stupid question, but I'm not fully familiar with content of Wikileaks documents. I heard about Wikileaks million times, but never gone deeply into research about it, so I don't know what kind of material is in there. For example, do that documents have info that show Roman Catholic Church is deeply corrupted organization?

The Wikileaks site has it's own search query, if you enter 'catholic church' you will certainly get thousands of hits.

Here's an interesting title from Wikileaks -

Thanks for the info! Don't know why, but I'm really passionate about exposing Catholic Church. I will do my best to dig up some info.

Sorry, this time didn't have much time for this research. I will do my best to check this link, so I would understand better how to navigate thru Wikileaks documents and write quality article for one of next Deep Dives projects.

I think I'll give this a go!

Great challenge. Thanks for putting this together. Much appreciated.

Great challenge. Thanks for
Putting this together. Much
Appreciated.

Challenge accepted and resteeming for now! Will make a post on an interesting topic before the stipulated time! All the best!

I've put together a few WikiLeaks email posts recently including an expose' on the D.C. Leaks related to Soros' role in the Ukraine coup/crisis, as well as an expose' on how Google/Alphabet/Eric Schmidt collaborated with Al-Jazeera to manufacture propaganda for the Syrian regime change agenda, and thirdly, how the WikiLeaks Podesta emails release revealed fully that the Clinton/Podesta team took millions from Saudi Arabia and Qatar while being fully aware that those countries were financing ISIS operations in Syria.

All three posts are linked here, and whether I win or not, I hope that others find these posts of value and help spread the truth around. All three posts clearly prove that specific global elitists and their media/social media proxies play verifiable roles in fomenting wars around the globe.

Kind regards. Here are the posts:

The third post I placed up on Democratic Underground in 2016 under the screenname "Highoverheadspace". This post and a few others I posted there at the time led to my being stalked, alerted upon and eventually banned at the site. My being banned at DU and other sites led to me deciding to set up my own site "Clarity of Signal" in early 2017, and now has led to me being on Steemit and backing up the geopolitical info that I attain, compile and disseminate.

Always bringing interesting stuff, i like this, this is what blockchain was ment for!

Sweet...just when the withdrawal symptoms started kicking in!

You know we wouldn't leave you hanging like that ;)

Looking forward to see what you dig up this time round!

This is great! Really looking forward to seeing what comes out of this, we the people have to bring about this disclosure, the govt will do what it takes to silence this otherwise.

Podesta emails, #PizzaGate, Comet Ping Pong, enough said.. I'm not going to be the one to do a writeup on that because It'd be a 50,000 word story.

Hi Asher. Love challenges and didn't know about this site. Will definitely rummage around over the weekend.