My 2017 Year in Cryptocurrency, the Good, the Bad and the Ugly!

Would you review with me what I have learned and done with Bitcoin and cryptocurrency in 2017, the good, the bad and the ugly? 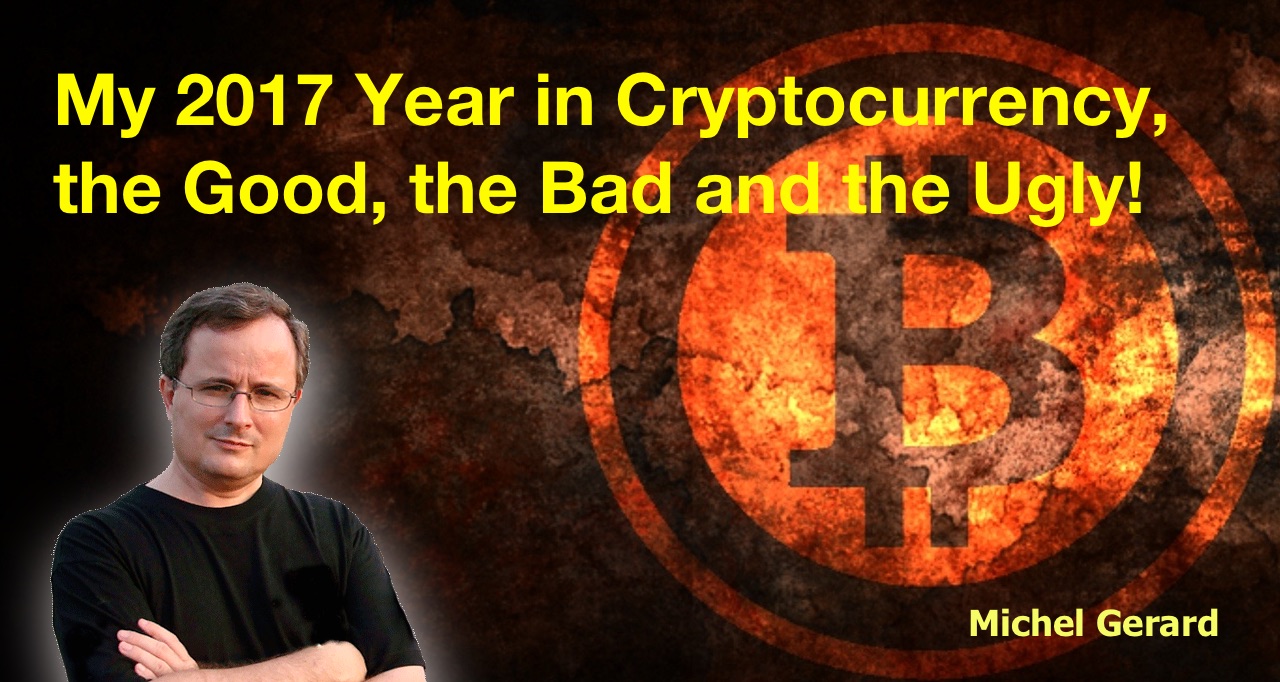 I started using Bitcoin around June 2016 to receive and send payments as it was then faster and cheaper than using PayPal, but I really got serious with it in 2017. It's when I also started to realize that there was more than Bitcoin and I began to study other cryptocurrencies.

My 2017 Year in Cryptocurrency, the Good, the Bad and the Ugly!

I had been using Bitcoin to receive and send payments for a while and the first two months of 2017, I just did that. Then, as I got myself deeper into Bitcoin and cryptocurrency, I experienced the good, the bad and the ugly.

In March and April I joined a Bitcoin program that a person I had been following online for a long time presented to me. It was called Gladiacoin.

I had been very good at avoiding other shady Bitcoin programs based on a matrix where you pay a fee, then refer other people and get the jackpot after a while. I had been also very good at avoiding programs where they create a coin you buy, and then you are locked in for eternity, hoping that the value increases, which it does, but then there is no market to get your coins back into real cash.

Nevertheless, I was caught in this Gladiacoin thing that I researched before joining. I saw that many other influencers were in it and I believed that they would just not promote something they knew were a scam. I joined the different Facebook groups and saw that everyone was happy there and being paid, contrary to other programs where most people were complaining.

So I joined and put in some 0.3 BTC, which was still very cheap at the time. I ran like that for a couple of weeks and I had good enough returns to reinvest my earnings. I had then 0.5 BTC on the platform. I started to post on my Facebook profile how happy I was and how everyone was happy about the program.

A few people wanted to join me then and as it was based on referrals I also earned more Bitcoin for referring people. Some people were skeptical and saw red flags that I did not see. Nevertheless, I promised to refund them the first package they bought if they weren't paid back by the platform just to try it because I was so confident in this program. After that this would be their own choice to reinvest or just take their earnings and go.

This platform was paying daily returns and this helped put everyone at ease, when in other programs your money was locked for a certain amount of time. I even bought a small package for 0.1 BTC for a friend who couldn't afford it. I wanted him to have some success as he had followed me in some ventures in the past.

It turned out that this was a Ponzi scheme and it hurt hard 3 months later. I lost around half of my seed money and I kept my promise to pay back the people who had joined me. I paid them back as my words were more important than money, and I felt very bad to have brought then in this mess.

All in all, I might have lost around $800 in this thing when I count the amount I paid back to people and the 0.1 BTC I paid for my friend's account. Another friend did profit on his first packages and he decided to continue, so he also lost money in it unfortunately, as well as the people he introduced to it.

When I look back, I see that this was FOMO or "Fear Of Missing Out" that made me jump on it. I still didn't know much about Bitcoin and cryptocurrency at the time and I'm now more aware and just ignore everything that look similar.

I think it was late February that I invested $600 in 3 payments in an ICO that I really believed in. I had previously used the website called Crowdifyclub where you could write blog posts and run tasks for people to go see your website, YouTube channel and so on, so they thumb-up, upvote or whatever you wanted them to do.

In order to do that you had some points credited to you that you used to run your tasks, many other social media sites work that way, and the community was really great. So when they said they were going to release their own coin, I purchased at a very low price, which was 0.2 and 0.3 cents, and I was also gifted a lot of coins because of my participation on the website and some promotion I did. 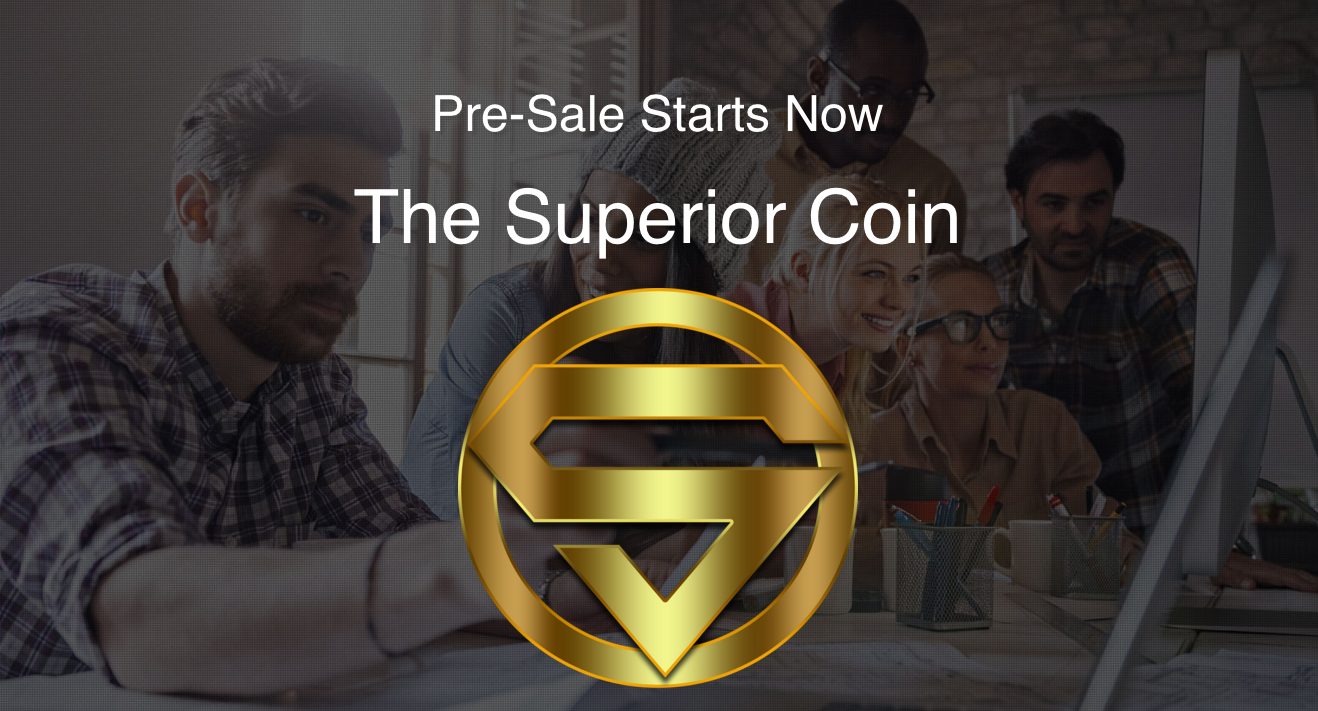 The name of the coin was Superior Coin and between what I bought and what I was gifted, I had 320K coins. The marketing of this ICO was outstanding and in July Superior Coin was selling at 4 cents. My $600 turned into about $8,000 and it was about to be launched on exchanges a month later.

My plan was not to sell, but to hold long-term as I was a believer of this coin and the social media website.

Then, the unthinkable happened.

A big clash happened in the Superior Coin team, and the developer ran away with the coins, leaving the owners of the project with nothing. A huge social media war then arose between them and it was very difficult to know who was right and who was wrong. With the evidence I have seen, I do believe that the developer who was paid to develop the coin decided it was his, as well as other people in the team. I'm still waiting for evidence showing that the developer owns or co-owns the coin.

The new team gave access to everyone to their coins, they have created a website for that, but I don't want to have anything to do with them. They still have a big following and people still seem happy, even if they had paid 4 cents per coin, which is now worth nothing. If I resell my 320K coins, it would be worth $50, if there is a buyer. It's not worth my time.

I put that experience in the bad section and not the ugly section, because I do not think that any party wanted to scam people, but the damage is done. I believe there will be a judicial battle in the future that will reveal the truth, but as I said the damage is done.

If you see Superior Coin in an exchange, stay away, there are better choices available.

Hopefully, the ugly and bad experiences I had with cryptocurrency brought in the good.

The first good thing is that I joined Steem in May after being introduced to it by my friend @jerrybanfield and this is my introduction post: Joining Steemit on my Birthday! It was hard to get started seeing these posts rewarded by only a few cents. Steem also has a bigger learning curve than the other cryptocurrency I was looking at, but I bought in a few times a total of $1,222 Steem that I powered up. I continued blogging and I earned more rewards and more Steem. The account is now worth $7,314 and I have no intention to sell.

I am now blogging daily to earn more Steem and grow the account this way. I also delegated 2K Steem Power to @jerrybanfield for his bot and as an investor I will get about 20 Steem or more per week. This is what's great with Steem, there are many ways that you can grow your investment.

The second good thing is that I started to invest in other cryptocurrencies and hold them long-term in my Exodus wallet on my computer.

I put in $2,055 in several months buying different coins and it has already given me a huge profit, $3,065 as you can see. Part of it I have reinvested in a IPO for real stock in a company, and the other part converted in Euro ready to buy back in. The account is still worth $5.664 even after selling my 10 Litcoin.

This shows that you do not need to join some company and refer people to be successful with cryptocurrency.

The third good thing is that I started to learn cryptocurrency trading and I am practicing almost every day with small amounts. I do day trading and try to make a profit with the $200 I had on 2 exchanges. I now have $283, so it's promising.

I am a student of the Cryptocurrency Trading Course by Digital Currency Trader that you can join to learn with me. Use my special discount coupon code "michelsentme" at check out, I will get a small commission and you will get a 20% discount.

I believe that 2018 will be my breakthrough in trading cryptocurrency.

As you can see, sometimes it is necessary to go through the bad and ugly, to finally see the light and see the good. I am very excited about all the cryptocurrecy opportunities we all will have in 2018.

I hope you enjoyed this review of my year 2017 in cryptocurrency and I hope 2018 will be successful for you.

Would you upvote this post and follow me for more because this will encourage me to write more posts about my experience with cryptocurrencies like this one?

We can learn from our own experience as well as others experience. After having the ugly and bad experience, you didn't give up. Instead you're moving forward faster than before. Thank you @gmichelbkk for sharing your experience.

Thank you very much for your nice comment @rezoanulvibes. It's sometimes necessary to have the bad and ugly first... and then the good looks even better!

Yes, you're right. We can learn a lot from failure. Mistakes make you stronger than before because you know what works and what not. Love to hear your thought on my latest post The Secret to Success Revealed.

The ugly and the bad things that happened to your 2017 crypto adventure, will be forgotten as you grow the good things. The Ugly and The Bad were individual projects that were not tokens listed on an exchange that you were trading - much harder to know what is going on.
I'm a fan of @jerrybanfield too and honored to have my course on DigitalCurrencyTraders mentioned among the good things of 2017! I am also very excited about the future of cryptos and patiently adding more coins to my long-term storage plans every day.

Thank you very much @ipmal for your comment. Your course and being a member of your trading community is definitely a good thing for me and I'm looking forwards writing more about my successes following in your steps.

awesome post on the good and the bad of cryptocurrencies. The worst thing that can happen to any crypto investors is that the developer/founder ran away with all the investors' money. I believe that many people have fallen prey to scams like these, however, not many are willing to admit that the FOMO made them vulnerable prey. I applaud your courage for being so forthright and honest about your crypto experience!

Thank you very much @dali.soh for your nice comment.

$ Voice" A very good publication, well done, my friend, I support you always You are a really wonderful person

Thank you, if you want to support me, an upvote on the post would be appreciated.