How can cryptocurrency contribute to democracy?

aparanoide (45)in #cryptocurrency • 2 years ago (edited) 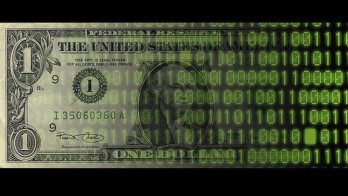 There are already people who find it hard to give value to a piece of paper, how will it be like when money does not even exist in tangible form, but in invisible numbers that travel through the space from one screen to another?

This is the challenge posed by the new technological trends. The impact it will have on the social, political and economic dimensions is uncertain ... Terrifying seeing its potential for evil, for death; such would be the case of a worldwide war, to complete the trilogy and end the story.

Devices won't lack. But what is there on the good side?

What is democracy? I prefer to start by pointing that almost no country in the world is today what should be understood by democracy. What is usually treated as democracy is actually representative governments (representative democracy), a fragment from Michellangelo Bovero's "Los adjetivos de la democracia" explains shortly what the adjectives on democracy means:

"... journalists began to make extensive use, and even abuse, of some of the most common adjectives with which jurists and political scientists designate the main variants and subspecies of contemporary democracy, namely:presidential and parliamentary, majority and consensual. The presidential (like USA and almost all of south america) and parliamentary (like Germany and Austria) forms are distinguished from a criterion that has to do with the power of government in the technical sense, that is, the executive power and its relationship with the legislative power".

"The two couples considered:presidential and parliamentary, majority (UK) and consensual (Switzerland, Denmark) both refer to the problem of the rules and institutions of representative democracy; but as such, anyone who sees the institutional variant, finds its natural opposition in direct democracy. Direct and representative democracy are concrete forms, and specifically opposed to each other, of democracy. Does It make sense to ask which of the two is the "true" democracy? I would not say so. It is not true that only direct democracy has the right to be called democracy, in which case the representative democracy would be a false imitation of that or a simple surrogate. The criterion to distinguish a democracy from a non-democracy does not coincide with that of distinguishing the direct from the representative form. A political regime can be defined as a democracy - whatever its specific form - when all the subjects to whom political collective decisions are directed (laws and valid provisions'erga omnes' <for all>) have the right-power to participate, with equal weight with respect to any other, in the process that leads to the assumption of said decisions".

It is worth mentioning that they are not democracies, but more like "power in a few" system. Because the power is not in the citizens, but in representatives who can act as they wish regardless of what they have promised (most cases, but it usually differe in degrees, not in quality).

Politics are nothing but promises, well-spoken leaders, euphemisms and demagoguery on all sides. It is based on the confidence that the "democratically elected" will fulfill their duty. Politics has been professionalized, and along with it, deception, cheating and rhetoric.

Enough! The era of transparency is coming.

My faith is placed in cryptocurrency, because I know that if it comes to the domain of all, will be helpfull tools to combat corruption (just like we talk about it here in steemit, discussing trash posts and what is quality for the direction and so on. who still do not understand that they can not administer steemit in the same way in which the rest of the capitalist systems are maintained, taking advantage of the power to make things popular, instead of releasing the power and discovering what happens when it is equally distributed);
to bring the political truths to the people; and above all, for the redistribution of wealth, the liberation of jobs and the free flow of ideas and currencies throughout the world.

Maybe will take 100 years, maybe 10, I just hope we do not end humanity before.

The planet is not in danger,
because it adapts and remains; neither does the rest of the living beings, who have a codependent relationship with human beings; we are those who need to be rescued and we are pushing ourselves to extinction.

It could also happen as it did with the only democracy that existed (Athens 400BC), and die of an evil that we could well have cured... If we really wish on it. It would be another poetic tragedy, only that there would be no poet.

Democratic Athens lasted a hundred years, untill the year 404BC when it was replaced by Sparta. Other writings, links below
Books vs Films
Quality vs Promoted content.
A lesson I learned from a dream.
Appointment #1.
Self steem is not about being a jerk.
Pessimistic fashion.
New age issues.
Freedom.
#bitcoin #steemit #writing #blog
2 years ago in #cryptocurrency by aparanoide (45)
$0.10
22 votes
Reply 6
Sort:
[-]
ayoungblood (46) 2 years ago

I agree. I think it is inevitable that cryptocurrency takes over. I mean, look at the 'petrodollar'. Let's take any country that sells oil for the example. Like, ok, Norway. Norway sells a good deal of oil.

If Norway wants to sell oil to Sweden, Sweden has to buy it in USD.
Sweden buys USD, buys oil from Norway. Norway takes USD, converts to NOK, banks the sale of oil.
Looks like a hidden tax to me. It costs both Norway and Sweden to convert currency. I think cryptocurrency will replace regular currency before we know it. Fast.

I think we all, especially the younger generations, naturally gravitate towards privacy as well. Another plus for cryptocurrency.

@ayoungblood @aparanoide, I agree with you guys and want a decentralized economy. However, I am afraid of what we have seen recently. Visa, Citi & Mastercard Banning Purchases of Crypto on Credit, US, South Korea Seeking to Regulate, SEC, CFTC and IRS getting their paws in, Google, Twitter & Facebook banning crypto ads, Central Banks seeking to undermine crypto by creating their own national digital or crypto currencies. These are just a few examples, but I fear that a lot of regulation is coming and that centralized parties will want to centralize crypto. The problem is that crypto will probably still exist, but there are powers that are trying to centralize it and hold on to their power, control, influence as well as their (Quite Large) piece of the pie. From Silicon Valley Companies to Wall Street to Washington, and From Big Government to Monopoly Corporations they are seeking how they can capitalize off of crypto, blockchain technology, but I don't know if they care much about decentralization, privacy, control and monetization for the majority of the masses.

I wonder sometimes how far big government will go, how far they will push. Like, have they calculated the limit? Is there a limit? Maybe - just maybe, only they are truly aware of the power the masses have over government and control. Thanks for your reply. Food for thought. :)

Congratulations! This post has been upvoted from the communal account, @minnowsupport, by aparanoide from the Minnow Support Project. It's a witness project run by aggroed, ausbitbank, teamsteem, theprophet0, someguy123, neoxian, followbtcnews, and netuoso. The goal is to help Steemit grow by supporting Minnows. Please find us at the Peace, Abundance, and Liberty Network (PALnet) Discord Channel. It's a completely public and open space to all members of the Steemit community who voluntarily choose to be there.