Why Crypto Tokens Are Important

anonymint (65)in #cryptocurrency • 2 years ago (edited)

Because of the lack of a Schelling point¹ due to the hen-egg problem that most users of social networks want to be where their friends or sufficiently diverse content are, most people aren’t going to join a social network such as Steem or Minds with 1 million signed up accounts of which only 60,000 are active and ostensibly only a few thousand are distinct humans and most of the active accounts are bots or sock puppets each controlled by an indistinct human. Facebook and other major social platforms are signing up millions of users per month and these so called “decentralized” (which they aren’t!) platforms haven’t even attained 10,000 distinct active users within 3 years.

And that lack of sufficient interaction or suitable content is not the only reason that users leave Steem for example. Contrary to the debunked hype and disinformation, they also leave because not only are the rewards “inequitable” (in the capitalistic, free market, truest sense of the definition of ‘equity’) which was a psychological ploy by design (as admitted by the Steem white paper) from its premeditated money grab inception and the game theory is impossible to fix (if rewards will be minted from a collective money supply), but also because maximizing rewards is too complex, requires economies-of-scale, and isn’t as simple as doing what is best for building your social networks and popularizing Steem because the system was designed as a Prisoner’s dilemma as admitted by the Steem white paper (which the deleterious negative voting doesn’t resolve).

Prisoner’s dilemmas encourage defection which is what we will also eventually see happen to freemium, bundled, subscription-based business models such as Medium (Spotify, SoundCloud, etc) and is ongoing even in countries such as Australia. Because of the relative numeric asymmetry of authorship compared to consumers of content, there’s no sustainable Coasian Theory of the Firm (c.f. also 1, 2, 3, and 4) moat for corporations to extract parasitic rents from content! This means all major social media companies must rely on deleterious advertising. They have no other viable choice.

As Vid.me’s (the no registration required to post “Imgur for video”) Co-founder’s synopsis of the failure explains that despite all the problems with Youtube (c.f. also), the Internet behemoths have a monopolistic lock on which social networks can rise to millions of users because it’s impossible to scale without an unsustainable burn rate given only the behemoths have the scale of privacy invasion and politically correct speech that advertisers demand (which for example causes censorship on Youtube). And neither tipping (c.f. also) nor unbundled subscriptions scale as revenue streams to replace advertising.

At the most fundamental level this dilemma is caused by the fact that the Internet charges host servers for their clients’ (i.e. the users’) download bandwidth, instead of charging users’ ISPs. I’m not sure if I understand the reason for this? I think it’s because there are much fewer main trunk pipes to coordinate billing than there are leaf nodes in the Internet corresponding to the ISPs (which seems to me to be analogous to selecting the lowest transaction+coordination costs in the Coasian Theory of the Firm).

Note I explained that P2P networks (aka “mesh networks”) of users serving their own content from their ISP connections aren’t scalable for economic, data distribution, and other reasons. As I warned in BitTorrent in 2008 that their design choice would lead to the net neutrality politics and dilemma we have now.

Yet due to the Nielsen's Law of Internet Bandwidth and Rifkin’s Zero Marginal Cost Society those bandwidth costs will eventually approach epsilon relative to knowledge production, so that there would really be no problem for users to pay those costs directly or indirectly in the future. But the problem is that only the Internet behemoths can absorb those costs in the near-term, which again means we’re stuck in a monopolistic deleterious advertising revenue paradigm. 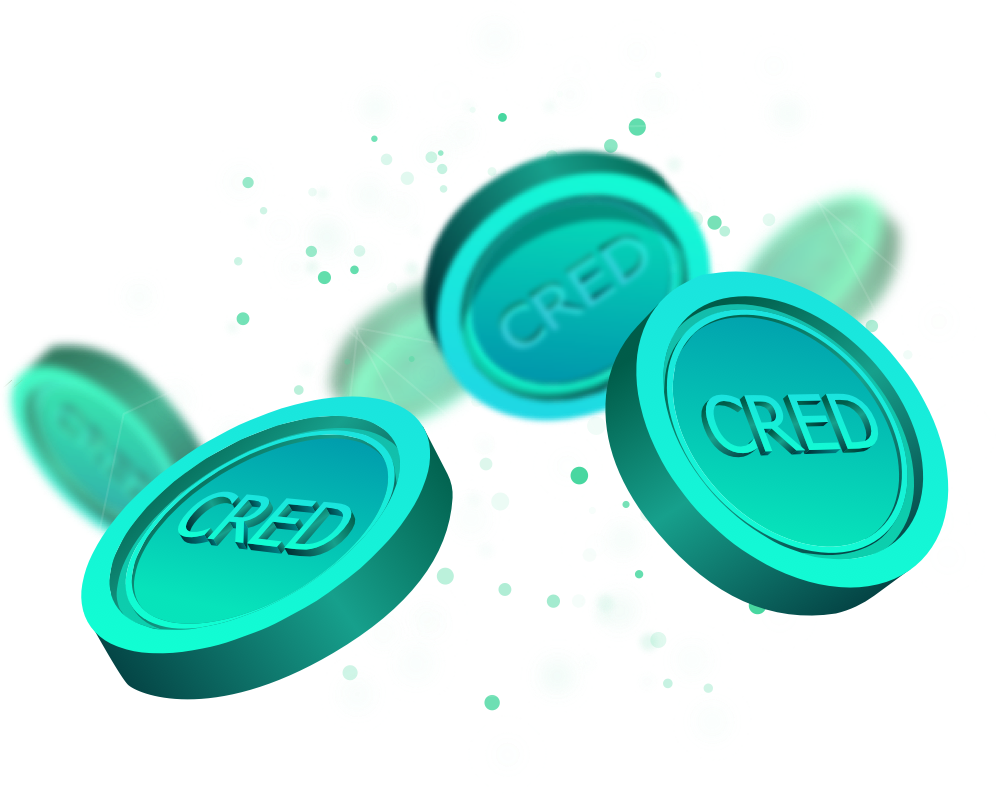 Yet tokenization of a social network would enable users to pay these bandwidth costs and not even notice the relatively insignificant costs of pennies per day, because such costs could be overwhelmed by the appreciation in value of the tokens the users are hodling.

Yet it is important to point out that the DPoS, Steem, EOS model of zero transaction fees is the incorrect design (c.f. also) and also for the reasons already documented earlier in this blog.

The mainstream will not move to decentralization for an ideological reason that corporate controlled databases always become evil and must extract maximum parasitism on their users, but rather for pragmatic ones such as removing the annoying “skip ad”.

ICOs are not just doomed because they infringe on the securities regulation of nation-states. ICO issuance is inherently non-transparent, corrupt, and centralizing. Every ICO involves the issuers buying tokens from themselves within some form of obfuscating scheme, so the insiders end up controlling 80+% of token supply even if they made it appear that there was a lot of participation in the ICO. With this control they can manipulate the exchanges and extract maximum profits from the greater fools who speculate on the tokens. Even if there’s a governance model to attempt to provide transparency, governance is centralization (c.f. also 1, 2, and 3) and can be gamed by the power-law distribution of wealth and power. Another huge problem with ICOs is that I see coming to fruition my warnings last year that EOS’ own app developers would defect and extract maximum nonsense value, because the opportunity cost of selling empty bags to greater fools is greater than actually developing anything.

Let me make this simple. All the ICO-issued tokens are going end up in the dustbin of history. Only objectivized, decentralized, transparent issuance will survive as viable.

The most important links above have been bolded to indicate you should click them to fully understand this blog. All linked pages have been archived at archive.is and archive.org.

¹ C.f. also which is related to the inertia of the Overton window groupthink tipping point threshold.

To everyone who upvoted, I appreciate very much your expression of support. Not for the money, but for the encouragement that motivates me (and hopefully others) to work on this problem. I want you to know that your upvotes are meaningful.

I know the blog is not well written. I’m suffering nausea from probably some issue with my gall bladder and I have too much work I need to do. No time to improve this blog. The necessary information is already there even though the elocution is wanting.

I recommend that you listen to Eric Berg (except from his sellout honey video and his "adrenal fatigue" brand) and "What I've Learned" (except from his NOFAP video) about ketogenic diet and in case you still do not know, watch "Sugar, The Bitter Truth" (I bet you already know about this, but to make sure I mention it still)
Eric Berg also has more than one video about gallbladder and about most issues.
I think the only issues that I am interested about and did not find in his channel (use the search option within his Youtube channel) are MTHFR deficiency and ALS, which may not be related to nutrition.
I have no formal medical background, but am semi actively interested about health for 30 years or a little more, so you can try and ask me, and I have more "spare" time than most people despite never being bored and always having too much to do.
I have not upvoted it yet, and might miss the opportunity, unless you help me downvote spam (I will post the links if you will express interest), but know that I appreciate your input and consider you one of the most knowledgeable people here and I did upvote at least one of your threads in the past and may upvote more in the future.
The level of your content is too high for me to read without actively learning about the vocabulary, acronyms, terms, definitions and concepts that you use, and it makes it educational material.
However, I am a lazy person with automatic checks against stress, which may be why my head hurts less than once every 3 years and much less than this, if restricted to the last 10 years (one time at most during the last 13 years), and I am quite aware about sleep.

Upvotes not required or even a 1% upvote helps express support. I have your feedback. If I have time I will look at Eric Berg. I think I need to eat spinach most of the time and be much more active throughout the day. I have 7 consecutive days of exercise as of today. I am coming age 53 and the heat index at the equator is 40 - 48 C. I will be moving to a cooler climate by Aug or Sept where I can do more exercise.

I totally understand about limiting your stress level. I will try to unpack to more layman’s terms if we get to launch and I have a lot more laymen interested. Priority right now is on execution instead of education. Note the term layman in this context is not to be construed to mean anything about your intellectual level. It is merely that I am expert in a particular focused field.

Brilliant Stuff here. Thanks for sharing.

Hi!! Thanks for the help. Really usefull. Good job

A recent blog from the Loom Network emphasizes some of the issues I point in my blog and I’m curious about their gaming SDK.

Note their technology is based on DPoS which is what runs EOS and Steem, and I have already pointed out that I think this a flawed technology that becomes centralized. And forking and democracy are winner-take-all paradigms. Instead I am working on something totally different.

I wrote at the Corbett Report:

The only sane “alternative” is to abandon social media all together.

How can we complain about data collection, mass manipulation, etc. while indulging in ANY form of “social media”?

Maintaining contact with others is important, if facebook did it wrong, it doesn’t mean “social media” is a bad thing in general. I do, however, have an urge to burn it with fire.

Note this Mix blockchain is based on Ethereum, which doesn’t scale. Or least won’t scale decentralized in any of the various proposed redesigns I have seen.

But the elephant in the room is onboarding and promoting popularity. Steem attempted to reward people for blogging, but its design favors concentration of the rewards by whales, because I showed in my 2016 Steemit blog that there is no way to reward tokens by minting them from a collective money supply that can avoid the winner-take-all outcome. I believe this is why Steemit and Minds have ostensibly not been able to grow above a few 1000s of active non-bot, real human users despite of the million or so sockpuppet accounts created on these platforms.

To achieve the goal is going to require some out-the-box thinking and design. James is correct with his questioning in his interview to imply that anti-censorship is not a strong enough incentive to drive mainstream to shift to these “decentralized” social networks. More details are available at the following blog of mine:

Note the Mix blockchain creator’s idea for a WoT is not a viable solution for preventing illegal content from being served from IPFS servers. Also a WoT doesn’t scale, i.e. trusting those who those who you trust trust, is a major hole to be exploited because of the domino effect of for example phishing.

The advertising funded model of the Internet is dying in more ways than one. GDPR makes is virtually impossible to do the kind of automated profiling that allows Google et al to target Europeans with advertising. The GDPR requirements will push the Internet away from centrally controlled databases and towards decentralized ledgers wherein users directly control their data with their own private keys.