Better Exchange Than Bittrex and Poloniex? 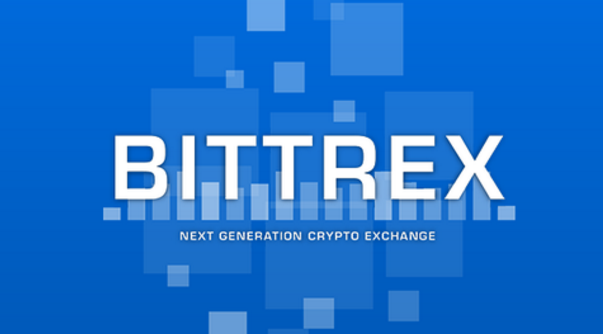 The Fall of Poloniex

For a long time, Poloniex was the king of crypto alt exchanges, until it kept on crashing on people while trying to make trades on big dips in coin values. Crashing caused many people to become enraged and angry with the website, the continuous site shut downs and being offline, many people would log in, and it would say banned from the site.

Bloggers and websites were writing many articles about Poloniex saying how it is a scam by purposely shutting down when coin prices would drop, to force the value to stay the same. Then after some time, it became eminent that Poloniex was slowly stealing some money from their user's wallets. Many opened order tickets were disappearing into thin air, those who have gone through the pain dealing with their customer support know the struggle.

All of these scandals and stories lead to the demise of Poloniex, and a lot of the users began to flock to other exchanges and removed all their coins from their wallets to another place. They had all the right to do so, no one wants to trade on a platform that shuts down all the damn time, and your orders never go through or disappear. Initially, people would purchase BitCoin from CoinBase, but their transaction fees are so high it becomes extremely frustrating when attempting to buy at a dip. I recall buying 0.05 BitCoin, and its transaction costs were almost $20USD! It ruins the whole concept of buying BitCoin a the dip If BitCoin dropped to $4000USD the transaction fee for that whole coin would be $200-$300USD.

The only differentiation CoinBase does have their security and referral program, which enables you to receive $10USD worth of BitCoin for referring someone to join them. Many have moved from CoinBase also onto other exchanges that sell BTC via credit card/bank.

Once Poloniex started to die down, many people flocked over to Bittrex and other exchanges due to their failure in reliability and trust. Everyone loves Bittrex, it honestly is a great exchange they have all the tools and are reletively working most of the time, sometimes they did crash. They have decent transaction fee rates, but it does add up at the end of the day after trading for so long. As time goes by people have had their fare share of complaints against Bittrex also, this is caused many to look around for another exchange also because of this.

There are many factors that play in the recipe of having the "perfect exchange", although sadly we may never see a "perfect" one we can sure come close to it. Altcoin is the new and improved version of Bittrex and Poloniex minus the troll box that would mess up all the trades. Altcoin Exchange is the future of all exchanges for crypto alt coins. The new exchange is called Altcoin Exchange, they have not launched yet. Altcoin Exchange has a great team that is reputable and trustworthy; they are all traders as well. Their slogan is similar to the gaming computer company Razer, "For gamers by gamers." Altcoins slogan is "Made by traders for traders, " so this means they know what we need, and that is lower fees and higher uptimes!

Since they have not launched yet, they have a referral program similar to CoinBase for new comers. When you sign up, they give you a referral code to send to friends, and they sign up with it. When others sign up with your code, they offer you 5% of all their transaction fees forever. The more people you refer, the higher the percentage is, at 500 referrals that rate jumps up to 25% of all transaction fees forever.

They are offering this because they need to get enough people ready to join their exchange before launch date to ensure there will be users. How long this program will last is unknown to me, it can be only for the prelaunch dates and after it can be a simple $10USD per referral.

The early adopters are always the winners, as of now theres only 6100 signed up, so it is not too late to join now! The early bird always gets the worm!

To join now to get your refferal link click here: http://www.altcoinexchange.com?kid=H13VK

This is a chance for us all to enter into a market new and early and gain from all their bonuses for early adopters.

I'll tell you something about Bittrex. My friend had coins in there back in 2014 and didn't touch his account again till 2017 this year and all his funds were still there unlike the other 3 exchanges he used.

Wow, now that really says something. That's what I love about Bittrex they never touch any of your funds unlike Poloniex. You can leave ur money in Poloniex for 5 years come back nad ur account is "banned".

I agree that Bittrex is very reliable service!
I have been trading for nearly a year now, and I have contacted the support team and devs few times, asking questions, and I always got the answers, which was great. Also transactions are simple and fast. Not that many people as on Poloniex helped "small fish" to get profits too, and not to be killed by whales.
Another thing I like about Bittrex is its simple front page / display. It is so simple, and unchanged for a while now, so people can react fast, and without any complicated bullshit.
I don't know about the new Exchange you offered here, but I hope Bittrex will stay that way as it is now.... And no hacker will hack them.

I like to use Bittrex, but I'm not too familiar with other exchanges.

I love Bittrex it's great and safe, the new Altcoin Exchange is not launched yet so they are doing a referral promotion to receive a percentage from transaction fees from each person who signed up because of you.

As someone that's a very big noob to cryptocurrencies & learning how to do all the everything, this was actually invaluable to read. I've been using Coinbase, but as you mentioned the fees can get out of hand so I was looking for an alternative & now I can make a more informed decision & avoid an obvious bad one.

Thank you so much & for the lead to altcoin exchange too. I'd upvote you twice if I could, thanks again!

ahaha Thank you very much! Knowing it benefits someone is all I need :)! The safest place and most reliable as of now is Bittrex, until Altcoin Exchange get released you can use both.

Yep, that's the one I'm heading off to try today. Hopefully you got credit for my altcoin sign up. :D

Coinbase is so expensive. However that is how I bring in funds to the crypto world. I think gatehub.net is slightly cheaper. I brought in $900 the other day, to get it to my exodus wallet was a total cost of $25. That, to me is steep.

Exactly I feel that transaction fees being in tens of dollars is way too much.

the only bad thing about Bittrex is the fact it logs you out so quickly and login has annoying anti-human test, but it's all for safety...

I agree, i hate when that happens. I just switch from one tab to another and a few minutes later im logged out, although safety over everything tbh.

But logging out must be a setting, isn't it? I have forgotten to log out and found it still active hours later!

Learn more about the @resteembot project in the introduction post.
Check out the other content resteemed by @resteembot.
Some of it is really cool!

Bittrex has always been my go to exchange, in all the years they have hardly had any issues. Yobit is next to useless C-Cex I haven't used in such a long time and then there are the other low volume exchanges, well Bitfinex is not too bad but there interface is a nightmare to use.

Whenever new exchanges pop up it is always wise to err on the side of caution and only ever store a small amount until they build a reputation.

Thanks for sharing, I will keep an eye on this exchange.

Yea that's what I'm thinking too, keep only a bit if my portfolio on the new exchanges until it become known it's reliable enough.