Calculating "To The Moon" 🚀

Inspired by @dragosroua article:
How Long It Will Take To STEEM To Go To The Moon? 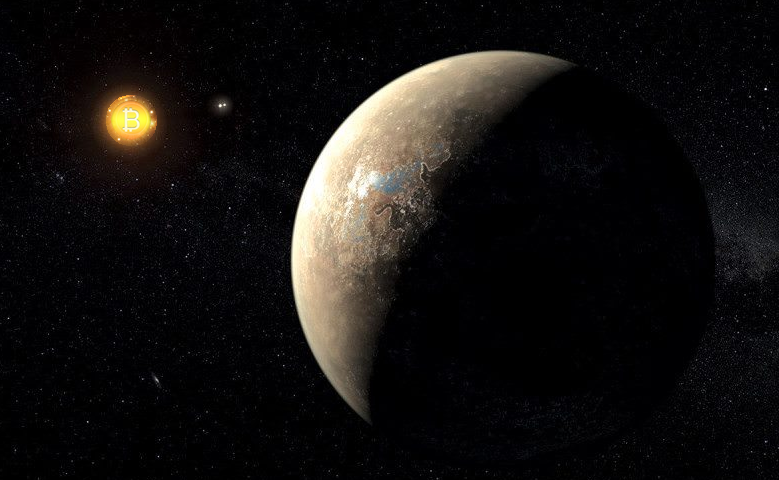 At first glance, this seems like a good measurement. And, I wouldn't have thought about changing it, if I hadn't been tracking some coins that John McAffee said would do better than his $1,000,000 for BitCoin by the end of 2020. I decided, I would have to figure out what the value of beyond The Moon is for John's prediction.

So, while I can calculate what is "To The Moon" for these coins, I would also have to figure how far these other coins are going to go.

To The Moon Calculated 🚀

The first problem I ran into is comparing the coins to each other. Since, I have stated in my What a Little Steem Will Do - Update for January 2017 that BitCoin(BTC) is the measure for how well I am doing in trading, I am going to stick with that as the measure of what is "To The Moon" or "To the Sun".

Next was to get a logical measurement to break things down.
@dragosroua used 1 km == 0.01

With BitCoin, "The Moon", was actually The Start of trading of BitCoin.
Alas, I couldn't use the distance to the Moon.

Since I provide the Near-Earth Object(NEO) tracker information in my Space Weather Daily Update, I use AU as the measurement of how far off the NEO is from Earth when it passes.

Well, $15,000 did feel like a breaking point number for BitCoin as it shot up towards its peak of $20,000.
So, now I have my base numbers for BitCoin to The Moon and The Sun.

But, we need to point out that cryptocurrencies have different coin amounts, which affects Market Capitalization and price. And because of that, we need to show the difference between that coin and BitCoin. BitCoin has a maximum number of coins of 21,000,000. For each coin compared, we would need to divide the number of BitCoins into that coin to get our "deMultiplier". Basically the divider. I call it the deMultiplier, because most coins have much more coins than BitCoin will ever have, so they will go to The Moon at a lower price level and possibly will never see the high prices that BitCoin does.

To The Moon Results 🚀🚀

I've included the top alt coins, John's Top 5 and one of my Hodl coins, Cardano as examples.

Since John said that these coins were going beyond $1 million, it is time to figure out where they will be. We just need to figure out how may sAU they will be when they hit $1 million. We just take the Sun sAU price and divide into $1 million and then multiply it by 10,000,000 to get the kilometer distance.

Verge and DigiByte will be 5,257,600,000 km into space, which is some where past Neptune.
While ZenCash and Monero will be somewhere between the Earth and Mars.

Now you can figure out where your coin has to be in order to be To The Moon! More Power to the Minnows!!

Thanks!
I saw the reTweet. Always trying to get more Twitter people to join Steem.

#TmSmile smiles at you :) you are most welcome

Fun post, really like it - Give a definition on what we are all saying all the time :)

Yup.
When people say it, it really doesn't mean much. Now everyone can set a dollar figure to that saying.

That sounds fancy like a French Swiss watch maker^^

Sure, why not? Festina is from a French Canton as well.