Ben Swann - still silent? Supposedly at CBS 46 but not much in the way of new news... 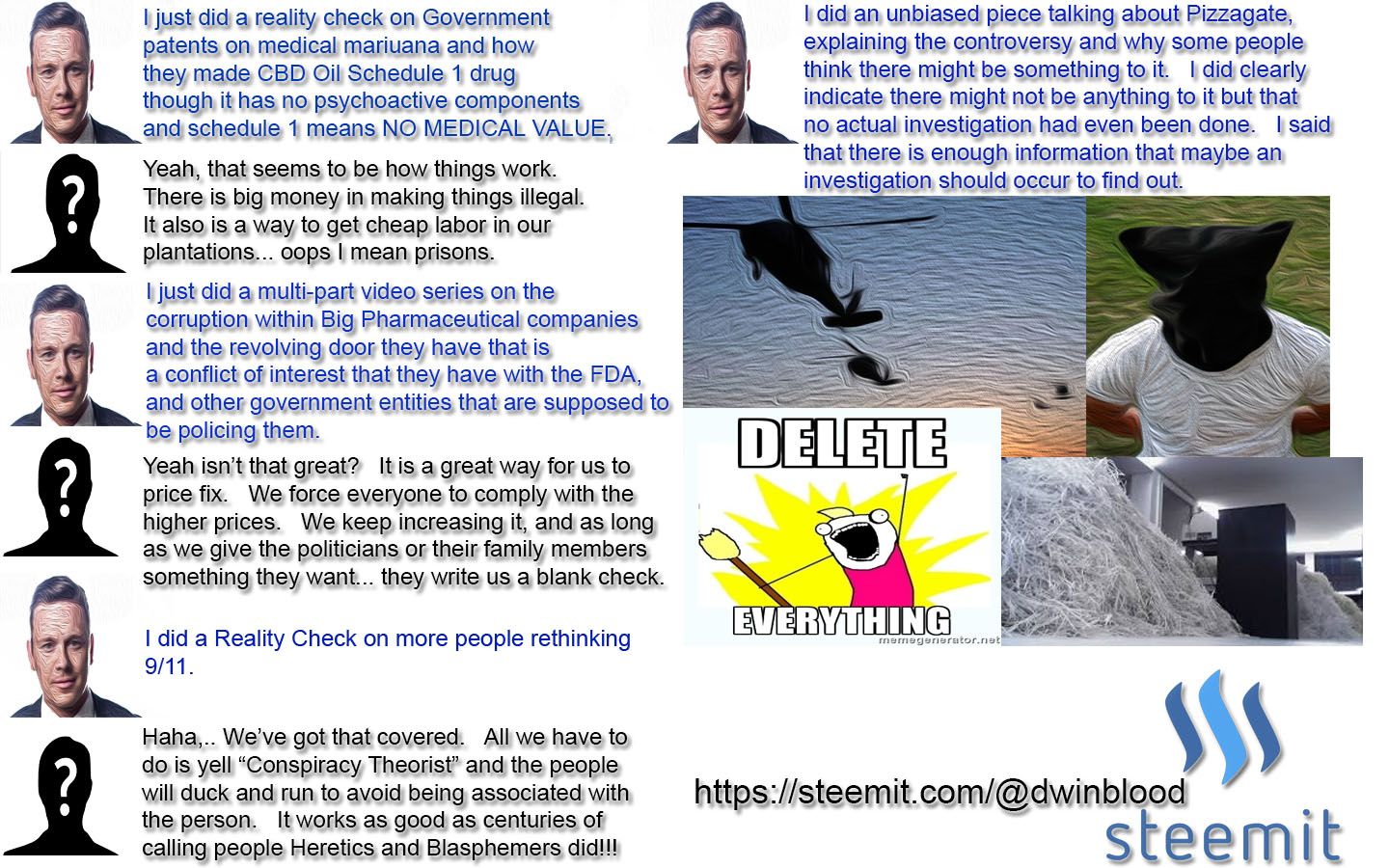 I've written a number of Ben Swann related posts since I've been on steemit. I then would mention him frequently. He posted a RealityCheck video on Pizzagate not long ago and appartently he had finally crossed a line and been essentially purged from the internet. Here are the previous articles related to this...

It is important to note that Ben Swann is a very unbiased journalist. He does not push an agenda. This is why so many of us like him. He only did ONE video about Pizzagate and if you watch it, it was very unbiased. He did not speculate, he did not say a conspiracy WAS happening, he simply said there was enough questionable things that it warranted at least an investigation to see if there was anything to it, but no investigation had occurred. He posted this and his years of controversial thought provoking pieces of actual "journalism" were scrubbed from the internet.

I go to see if there is any more news on this every so often, as I'd like to see Ben explode and come back.

BEN SWANN INTERVIEW - INTERNET CENSORSHIP - THIS IS WHY PIZZAGATE IS IMPORTANT! MUST SEE! - I thought this was current and I kept asking why it doesn't sound like it is current. I then read the notes for the video and it states this interview is actually from 2013. So it seems Ben is still silent. There are people asking and talking on the internet, but no one knows what the deal actually is.

This is an important subject, because people care about Ben Swann. Here are some more videos from youtube.
(2017) PIZZAGATE - ABSOLUTELY SHOCKING - WHERE IS BEN SWANN? - TZU DAY - WIKILEAKS


PIZZAGATE WHERE IS BEN SWANN? BEN SWANN PIZZA GATE REALITY CHECK FLASH BACK - MUST WATCH! - This is a copy of the video that he posted that ended up getting him scrubbed...

Ben Swann Is ALIVE & WELL! SHARE WITH EVERYONE PedoGate Reporter

CBS 46 still lists him as an Anchor, though not much in the way of videos with him actually doing much since this event have come out. In his messages prior to the scrub he seemed to make several references to Sun Tzu's "The Art of War" in various tweets. He also said "Trust Me". This leaves people like myself wondering if something bigger is in the works for Ben Swann. This is why I check back to see if there is anything new occasionally.

Did you know, about a year ago, Ben Swann did a video about ''Soldiers who served in Afghanistan stripped of their command for standing up against Afghan men who were sexually abusing young boys''? I did shared it on my Facebook at the time but now the vid doesn't seem to be available anywhere on the Internet anymore.

That's why I keep checking on him.

Bascially he's been able to talk about a lot of controversial stuff for years yet he makes ONE video on Pizzagate and suddenly everything he made is gone. The only way to find his stuff is from copies other people have.

So, I would guess a lot of those vids might have been lost forever. Maybe some people have mirrored some of Reality Check clips on YouTube, but if they haven't name the video with the same title, how could one hope to find it back?

Maybe the wayback machine, but I doubt that would work. I am hoping Ben is still around and has a plan.

He also had a ton of good videos on his Truthinmedia.com site.

It is really curious that this ONE topic which he barely touch on and didn't say was true, just stated it warranted an investigation since there hadn't actually been an investigation, is what caused him to be scrubbed from the internet.

He's done so many controversial posts against some huge groups with massive money. No problems.

Say something about Pizzagate and it's time to wipe him from existence...

I didn't side one way or the other with Pizzagate, but this kind of reaction made me start paying A LOT of attention. Censoring someone is not a good way to get me to stop paying attention. It has the opposite effect.

It is curious indeed. And I also agree about the strange hide and seek attention effect we are feeling and/or witnessing with this whole Pizzagate story. During the very slow and continuous unraveling of this alleged political scandal, I even learned about the Streisand effect, a name for the phenomenon, which I had never heard before.

Has anyone heard anything from him? I just want to make sure he's all right!

It's really hard to say. I haven't found much that proves anything about him actually being active.

The people in power who can silence the voices of freedom like Ben Swann's need to be removed from power. The resistance to even entertaining a pizzagate investigation, even in the face of a huge body of evidence, stand as a testament to the extent of the problem and just how many powerful people stand to be exposed. The mass censorship reaction itself SHOULD be a huge red flag but alas so many humans prefer to blissful state of being brainwashed instead.

In my mind I decided Pedophillia would be the ultimate blackmail material. So if you formed a network around that then it should be in the interest of every member to protect that due to the scandal.

Considering the REACTION they are having to me it is like realizing that someone accidentally stumbled upon a massive blackmail stash so they are trying to eliminate them before they can be leaked.

All Ben Swann was doing was advocating for an investigation. He didn't even say it was true. He was very unbiased and it was good journalism.

Yet they still came after him. Yet what is going on with Ben Swann now is a mystery.

Exactly- these days one cannot even demand to know the facts- that's just not our place to the arrogant elites who will soon be dislodged.