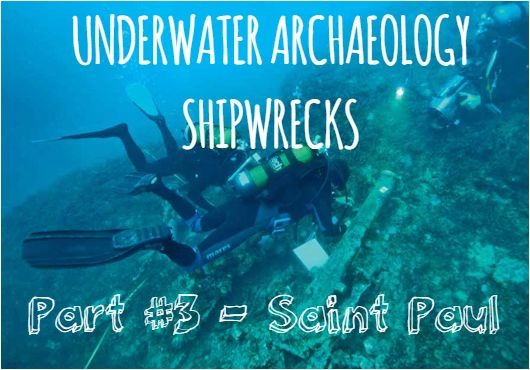 Hello, everyone, I am back with a new episode of my Underwater archaeology series. Before I start just a few words I have reached 200 + followers and it is a personal milestone for me, great feeling I must say finding my way on Steemit.

If you are a first-time reader so far I made a few posts about shipwrecks in the Adriatic sea. One of my first was about the WWI Austro-Hungarian battleship SMS Szent Istvan which sunk near Premuda island in North Dalmatia. More in the archaeology department was my post on the WWII US B17-G bomber which went down near the island of Vis.

This led to the beginning of this series on underwater archaeology in the Adriatic. If you are reading my posts for the first time there are two more. The first post about the St. Paul shipwreck deals with the wrecks location and some all-around information about it. In the second post, I cover some unknown information about the ships galley or the kitchen that is 😁

In part #3 I will cover the ship's cargo meant for northern Italy and an important part of the ship's inventory. The ships cashbox or safe filled with coins of various origin will be covered in part #4. This item the safe was sadly not discovered but the coins luckily were. Every trading ship had such a safe which held money for a number of purposes, to pay for port fees or to buy provisions on their route. Let's get right to the cargo then, what was on the trade ship as it went down. There was a lot the sip was packed full of goods for the western European market. The problem here is that there is too much of the cargo that is why I will show you only items found in high amount. There was a huge amount of glass bottles if these bottles were filled with anything is still unknown. Ceramics in high numbers were also found around the ships remains from today's Turkey known as Iznik pottery.

The glass bottles make out a large part of the ship's cargo but none of the bottles was found in one piece. Which means an enormous amount of glass shards on the seafloor. The bottles are of Turkish origin and may be manufactured in Istanbul. Among the bottle fragments, 3 types of bottles can be recognized due to different necks and openings. All the bottles are the same color and vary from a darker to a lighter shade of green. Every bottle is made out of two pieces which are melted together. All the known facts make it easy to date the bottles into the period of the second half of the 16th century. I could only find a black and white photo of the bottles. 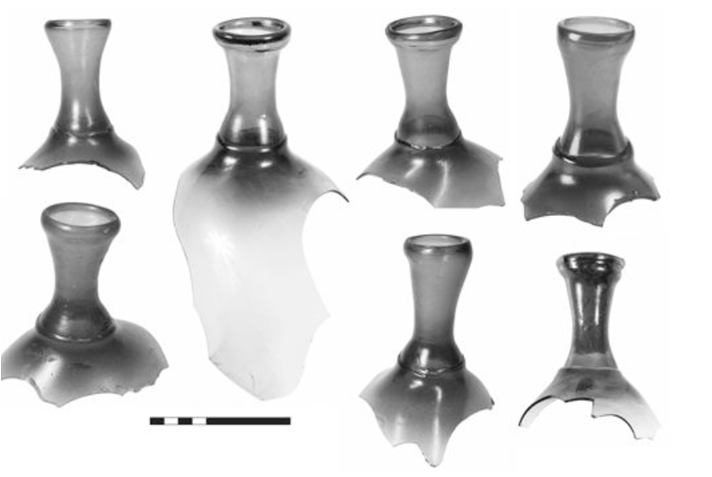 Fragments of the glass bottles found on the seafloor.

The most important cargo was the so-called Iznik pottery which was found in a large amount on the sea floor. The city of Iznik is in western Anatolia, Turkey. The city lies on a lake of the same name and it was one of the centers of ceramics production of medieval Turkey. Iznik produced not only pottery but was also a huge exporter of tiles. The hight of the production was from the 15th to the 17th century but flourished immensely during the 16th century with high amounts being sold to western Europe. The important aspects of the Iznik pottery are that it developed from Byzantine traditions of ceramic production and was hugely influenced by Chinese blue and white porcelain.

Iznik pottery falls into the category of lead-glazed painted slipware. The ceramic bowl or plate is covered with a thin layer of a clay and water mixture called slip. This mixture is white in color and a good base for further painted decorations which are sealed in with a thin layer of a lead-based glaze. The characteristic of Iznik pottery is blue painted decorations on a white base. The pottery evolved during three phases

The majority of the pottery was tableware bowls, plates, and jugs with beautiful and detailed painted decorations. By the typology of the items, it could be determined that they date to the period from 1530. - 1590. also known as the Tugrakes phase.

Among the Iznik plates, some beautiful examples with fabulous decorations can be found. Different types of plates are decorated with different styles and motives. Like the Tugrakes style which uses a cobalt blue paint to form unique spiral motives resembling a barbwire motive on the entire area of the plate. The Tugrakes motive comes from the resemblance of the sultan monogram known as Tugra. Smaller bowls are painted in cobalt blue and ultramarine and have decorated edges with motives sea foam and waves, the center is decorated with floral motives like lilies and lotus flowers. These motives are showing the strong influence of China as the same motives are used there. Wide and shallow bowls continue to use the blue colors but with the combination of green and red. Motives used on the plate are different from usual floral. The motives are larger and cover the inside of the plate with flowers growing from a bush. With the combination of blue and the colors purple, gray, olive green these plates are the peak of Iznik pottery production. 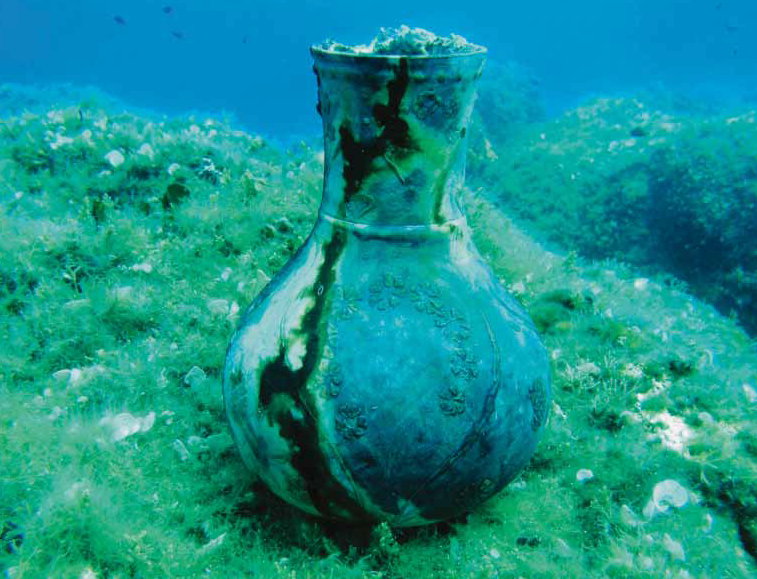 A jug found on the seafloor, part of the cargo. This would be all for part #3 in the #4 I will cover the ships safe or cashbox with a large number of coins from a few European countries.

Let me know what you think in the comments below. I pieced up the post and ho

All of the photos were taken from the book Sveti Pavao Shipwreck: A 16th Century Venetian Merchantman from Mljet

If you have any questions please let me know in the comments below and don't forget to resteem :)

Good luck to all of you until next time @zija2022.

Wow @steemstem-bot really nice feeling to be chosen by you. Thank you, your greatness :D

@spalatino they are talking :-) but not as much as we would like ;) thank you

Very cool post. I am an Underwater archaeologist so ilove this subject. Thanks for posting. Check my blog to see similar posts. Thanks again. Upvoted and will follow.

@liquidtravel I will check up on you so great to meet a fellow archaeologist, I am field archaeologist do not dive much lately.

Thank you @silasdavid for your support :D I see that people like the subject somehow it is more interesting than field archaeology :D

I'm going diving soon! Just the type of post to get me even more excited! Maybe I'll find some bounty on the sea floor....or maybe just someone's lost wedding ring.

Another great article! How possible is it, that they were carrying empty bottles? Glass probably wasn't so easy to produce in 16th century? So it could be they were transporting them empty?

@poss Glass production was nothing new, it was produced from antiquity and even before. Venice was a huge production center of glassware you probably heard of Murano glass. So that was not the problem. There was probably something in the bottles but I did not find any paper on that subject. They probably did do any analysis on them yet.

Congratulation on followers count.
We used to dive those on breath when we were kids, but only some fragments.

Congratulations! This post has been upvoted from the communal account, @minnowsupport, by zija2022 from the Minnow Support Project. It's a witness project run by aggroed, ausbitbank, teamsteem, theprophet0, someguy123, neoxian, followbtcnews, and netuoso. The goal is to help Steemit grow by supporting Minnows. Please find us at the Peace, Abundance, and Liberty Network (PALnet) Discord Channel. It's a completely public and open space to all members of the Steemit community who voluntarily choose to be there.