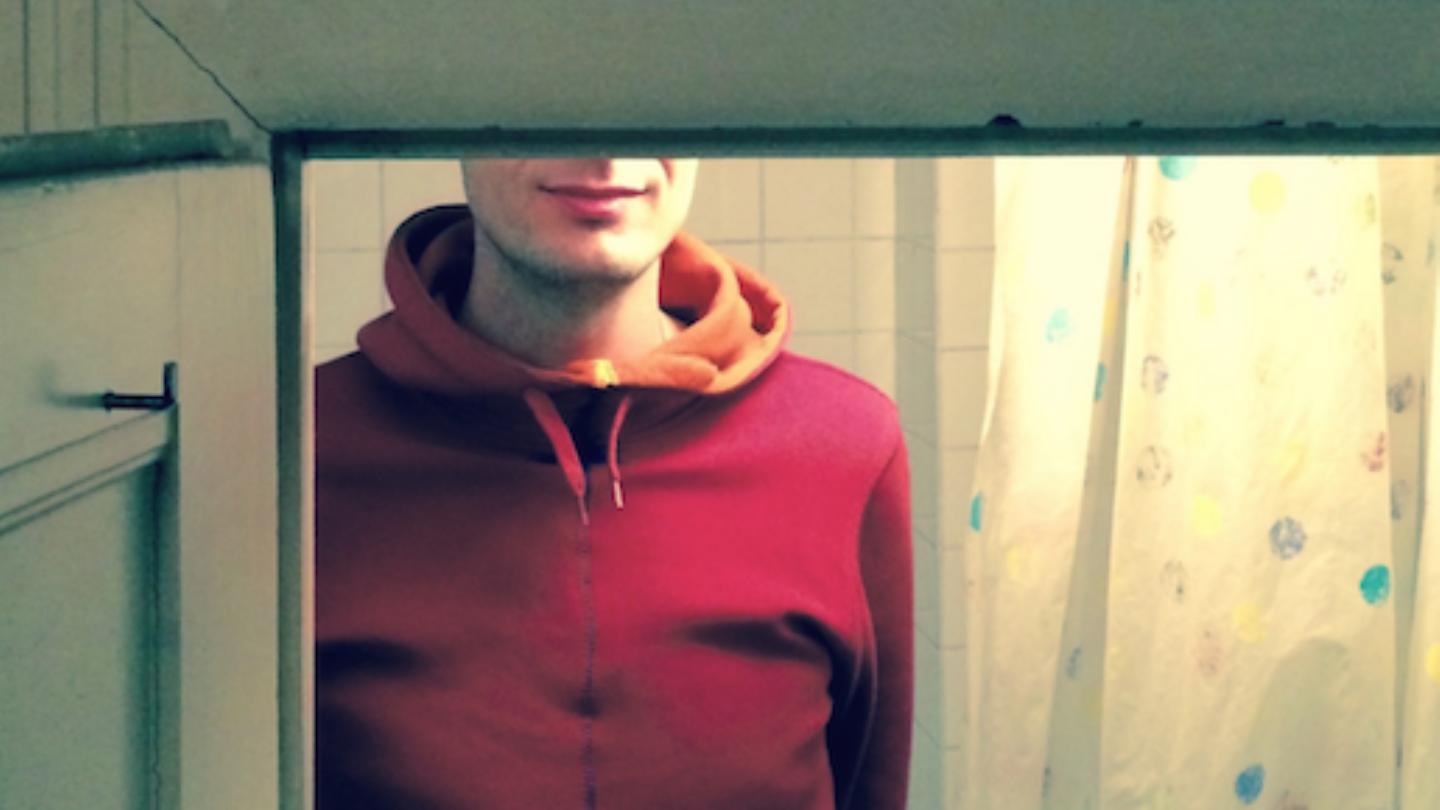 "I guess it's like being part of some oddly exclusive club. We talk about things like being annoyed by subway doors, the size of cars, where to buy gloves."

I've always been tall. I can't remember ever being in a room full of people and not being the tallest. In secondary school, my mother actually wanted me to see a doctor because she was genuinely worried that I might never stop growing. That's how serious it was. Being a teenager is stressful enough without having to worry about whether or not you'd ever stop growing. I wasn't just overly tall either, I was really skinny too. Those two factors put together made me feel like an alien. I hated going to school because people constantly bullied me for being lanky. Sure, not everyone knew my name, but they all definitely knew who "the tall guy" was. I guess my height made me an easy target for all the other kids, so I eventually ended up just not going to class. I was really depressed. Sometimes I forget just how horrible school actually was.

At some point that feeling faded, though. After school I began to realize that being tall wasn't all bad—it actually had its advantages. I could walk faster than everyone, I could take the stairs two steps at a time, that kind of thing. A lot of people assume that tall folks have health issues, but there's nothing wrong with me. That might have something to do with the fact that when I was growing up I did all sorts physical therapy to strengthen my muscular system. Because of that doctors have told me that nowadays my lung capacity is too big for their equipment to even measure. And apparently that's a good thing.

Another common myth is that your height affects your love life, that you can't have a normal-sized girlfriend or some other such nonsense. It's rubbish, I've absolutely no issues in that department. Of course, being tall isn't completely without its annoyances—some aspects of day to day life are that little bit more difficult. For a tall person, cities stop being merely cities and instead transform themselves into obstacle courses full of traffic signs, ledges and marquees—all those banal things that you little people don't need to care about. Imagine finding out firsthand that a huge amount of Austria's traffic signs don't meet the required 7'11" minimum height regulation.

Public transport isn't always easy either. There's a good bit of Vienna's tram system that I simply can't use. Its train cars are too small for me to stand up straight, and I can't sit down, unless I curl up into a sort of ball and press my knees against my face.

I have to constantly be conscious of not smashing my head into everything. For instance, holidaying in Southern Europe can be terrifying because of their super low ceiling fans. I suppose it's still better than being worshipped like a god on some Indian street, though, which is what happened on a recent trip there.

I've managed to make my life a lot easier by basically remodeling my apartment. High ceilings were the first necessity but plenty of other smaller trivial things needed a reworking, too. Adjusting the shower head so it wasn't at navel height. Fixing the kitchen counter so I no longer had to chop vegetables at a 90-degree angle. Cupboards, mirrors, the sink—I just mounted everything that little bit higher so as not to have to practice yoga to use it all.

Dressing yourself is an issue that deserves its own category. It's not too often that I come across a place that sell clothes in my size, but when I do, their selection is awful. Guess what guys, tall people are into fashion too. And no, we're not all overweight either. Why is it that just about every pair of pants long enough to cover my legs seems to have a waist fitted for an elephant? These days I only buy trousers on the internet. The rest of my clothes—I either taylor them myself or ask a professional.

Putting that extra bit of effort into fixing up your garb is definitely a small price to pay to not have to go into a store, and have everybody stare at you while you wait for the salesperson to root their entire stock, only to find nothing. 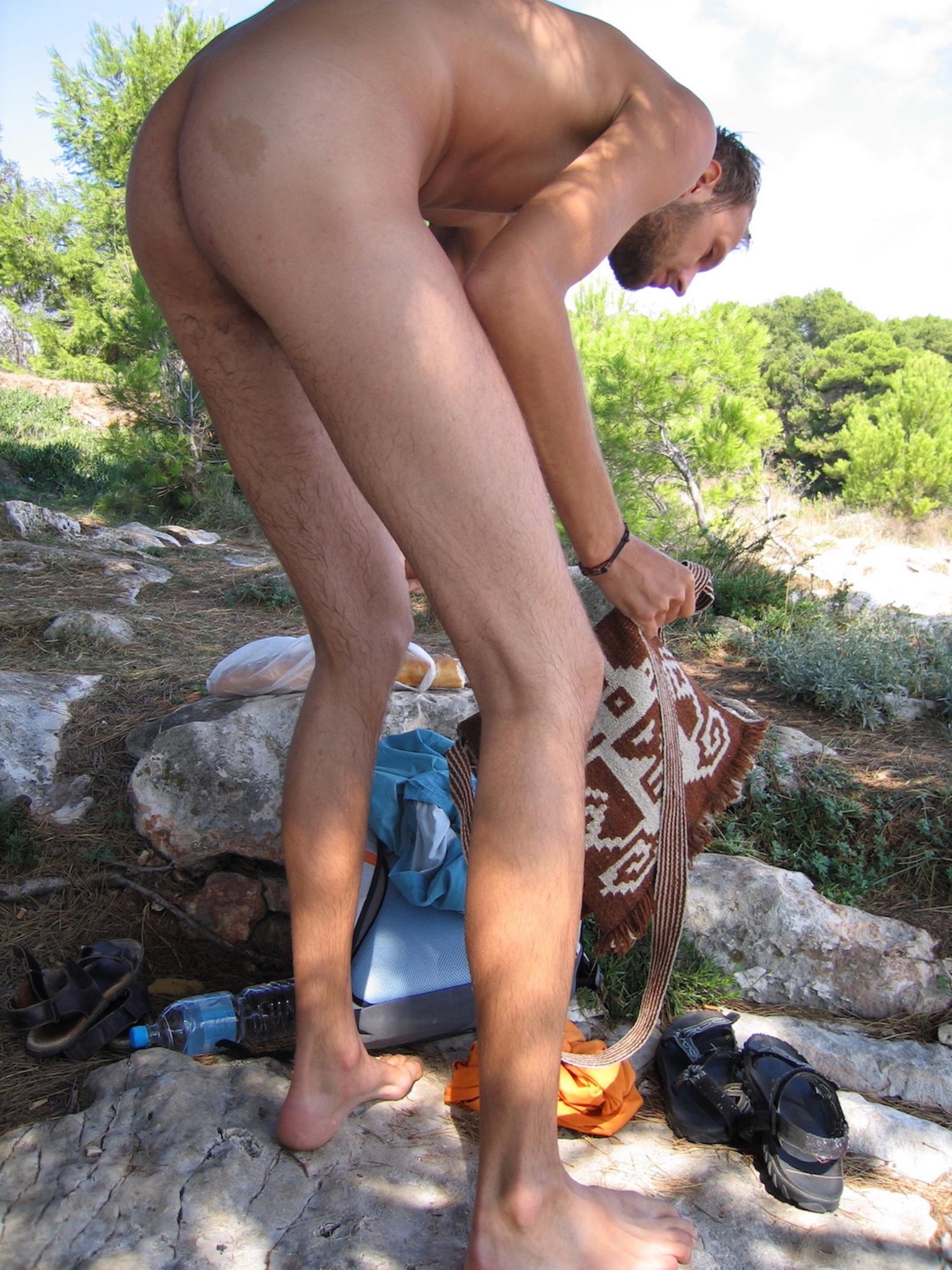 A giant in its glorious splendor

How people react to my height—that depends. I get approached by a lot of people on the street—some of them are curious, others are just plain shocked. They're full of compliments and like to regale me with stories of their own mates who are really tall, but not quite as tall as me. I always listen to their stories because, for some odd reason, they really think I give a shit.

It's not at all unusual for hordes of inquisitive bystanders to surround me on the street, full of questions of varying degrees of intelligence. It makes me feel kind of like a superstar, but, more often than not, it just pisses off whoever I'm with.

One of the tall people problems that might surprise you is conversation. Given that I'm two heads taller than most, I can rarely figure out what's being said. Going to the pub is a particular nightmare, it's impossible to hear a word through all the noise. It gets a little awkward for folks when I need to spend half of our chat bent over just to make out what's going on. You can't believe how many times I've heard: "Can you stand somewhere else please, I feel so little," or "It would be way easier if you'd just sit down." I actually like going out, but things like that can put you off.

Whenever I meet people for the first time, they always give me a once over, checking me up and down to see if I'm on stilts or something. Once they realize that I am not, they fire off the same barrage of clichés—classics like: "How's the air up there?"; "Do you play basketball?" and the ever so slightly less dickhead-y "How tall are you?" Fair enough, that that's the first thing that springs to mind, but I'm sick of it.

Seriously, why should I play basketball? Because I'm tall? Would you ever say: "Hey you're fat, you should enter an eating contest"? Probably not. Why? Because, it's degrading. Another classic is "What are you eating to get so tall?" Seriously, what do these people think? Actually, I'm not entirely sure I want to know. Sure, I'm aware that people aren't trying to be complete assholes or anything, but would it hurt to display just just an ounce of compassion? That said, I still prefer people who dare to say all this to my face, rather than just pointing and whispering. Fortunately, the vast majority get used to my height pretty quickly.

Thank God, it isn't just me dealing with all of this. There's plenty of other tall folks in the exact same situation as me. I guess it's like being part of some oddly exclusive club. We talk about things like being annoyed by subway doors, the size of cars, where to buy gloves.

For the most part, I live a fairly normal life, just like everybody else. But it took a lot of time and effort to get to this point, to relax and feel comfortable in my own body. Of course I wish that sometimes people would be a little more polite but my negative experiences are few and far between. It's just a lot of unwanted attention, that's all.

I always have the best view, I can change a lightbulb without a stool, I win every race, and I always get that seat by the emergency exit. I've come to accept the fact that I'm not an error, I'm something far more special.

And yes, I've been asked how big my penis is.

...and this is how crazy giants are:

Did you ever feel like being crazy? Are you crazy?

The story was originally published on vice.com:
https://www.vice.com/de_at/article/yvkny5/so-fuehlt-es-sich-an-ein-riese-zu-sein-999 (German)
https://www.vice.com/en_us/article/5gjzkz/what-its-like-to-be-a-giant-214 (English)
Oh, yeah and @VICE: If there is any problem reposting my story here on steemit?! fuck it and contact me, please 🦄

Make sure to participate in this weeks giveaway to get known in the community!

Here are some helpful tips to get you started:

@reggaemuffin, the creator of this bot is a witness. See what a witness is and consider voting for the ones you feel are good for steem.

Thank you 😘 I followed you 🦄

Hello, @eatmy ! Welcome to steemit that is a unique platform where you earn by blogging, commenting and have fun doing it. If you have any questions please feel free to ask me.
Wish you good luck with Steemit. Hope you find your way to make money and socialize with interesting people around the world, but that is not the most important. Have fun!

Thank you my friend. This platform is great indeed 👩‍🎤

Hi @khunfarang 🎆 I followed you too.

Haha I am tall, but damn! Funny post dude. Following