The far, pale land - an entry for the @svashta constrained writing contest (#26) 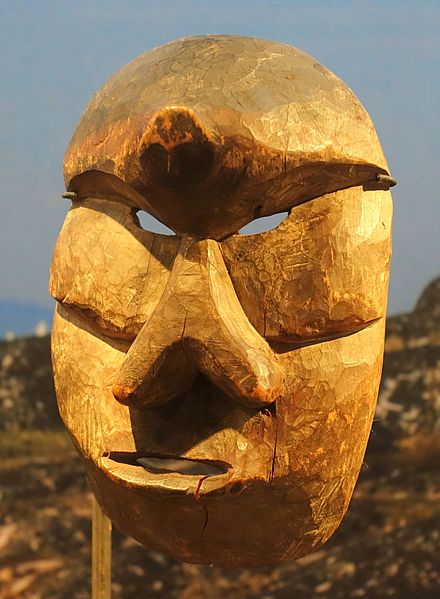 This will be the last day I write about. I'm sure of it now. A lot has happened the past few days and I haven't had the time to rest or write. Falco is gone now too. And Sarah - the last of us, my nemesis in this icy paradise before The Hunt began and all our enmity gained a single, twisted focus. Her, with her damn perpetually braided hair, her school teacher air of superiority that used to piss me off so much, splayed in the snow this morning like a snared rabbit. She looked smaller, just lying there in her coat. The giant, exuberant force that animated her so much in life had added physical presence to her and now she was just a torn thing, bleeding into the white glare.

I don't know how much longer I can run either. I'm so Gods damned tired. So far from anywhere we started from and still, somehow hunted. I don't know when the thing sleeps or what it feeds on if not just our fear, but it is relentless. His will to extinguish our lives greater than our apparent will to survive. I have barely eaten in days. Barely stopped, hiding my tracks for all the good it does. It will not be long now till I'm staring at that impassive mask like they did. Billie and Ryan and Shephard and Falco and her.

It's almost a relief. I am numb, cold and numb in this white hell. I don't know if the others begged, pleaded with it in their last moments. If they sank to their knees in the frost and cried or pissed themselves. I don't know what I will feel when that moment arrives but I sure as hell won't give that bastard thing the satisfaction. I won't plead or run. I am waiting for him.

A quick drop by to let you know all your post from this week have been up voted and resteemed. I'll keep dropping in and out doing what I can to support your new account holo. Give me a shout if you have a post out you think needs a boost, I'll be happy to do what I can mate. Keep up the amazing work and looking forward to your next post.

Hi mudcat :) Cheers very much. I'm definitely using this one more experimentally, and kind of to get my creative juices flowing with some writing competitions etc. Thanks for the support, as always :)

Hmmm, Why is he being hunted, and who is hunting him? I feel like as the reader I would love some more information on that.
I know, it doesn't quite fit into the whole "diary" thing like this, but since you made it so that he "talks" to Sarah, you could've written it in a way that he is explaining it to her.

Another thing, is he speaking directly to Sarah in that paragraph? I believe then it would be better to switch to "you" from "her" (can't think of proper words for this now), because this is a private document after all (a journal), in which you share your deepest thoughts and "imagine" as if talking to that person. At least I believe this would give the story a much more intimate feeling.

Other than that, Spooky, and good! I liked it!

Thank you very much for your entry! :D

Congratulations @foxfiction! You have completed some achievement on Steemit and have been rewarded with new badge(s) :