Goldmoney - What in the World’s Goldmoney 500 STEEM Giveaway

drdave (56)in #whatintheworldsgoldmoney • 4 years ago (edited) 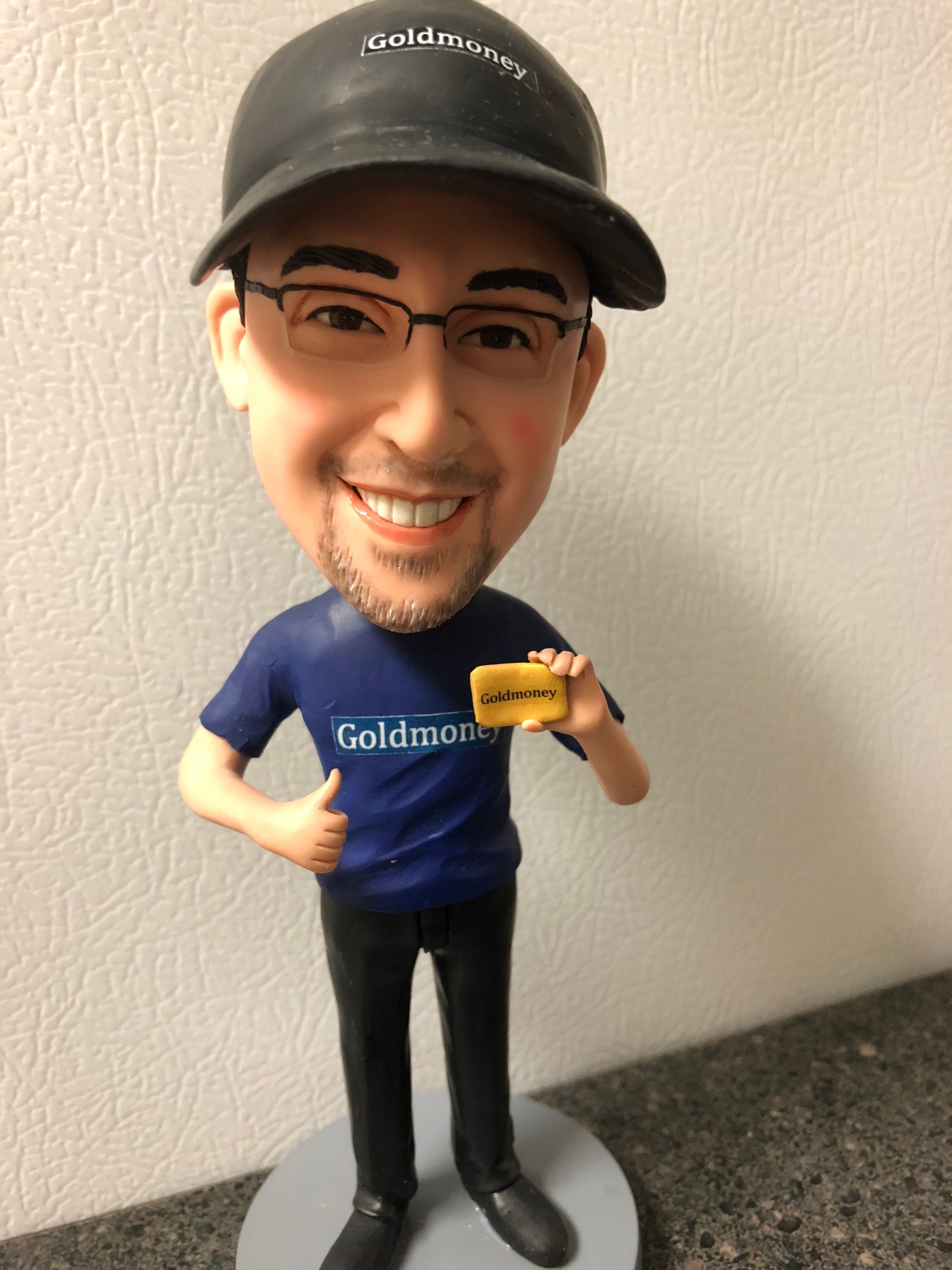 There is something truly mesmerizing about gold, so much so that if someone were to say the words “free gold”, thousands of people would alter the course of their lives, and line up to wait for even the remotest possibility it was true. Beautiful, lustrous, heavier than most all metals, and nearly indestructible, it has long symbolized power, wealth, and love in many respects. Archaeological discoveries from nearly every corner of the globe, have unearthed gold jewelry and coins extending back in time many thousands of years. Revealing that ancient humans have coveted gold throughout history, and ancient societies had an amazing ability to both mine and purify the metal.

Ancient mining, refining and craftsmanship reached unbelievable levels of sophistication with the Egyptians. Using their engineering abilities, they were able to dig underground mines as deep as several hundred meters to expose gold once contained deep beneath the surface of the earth. The Egyptians then worshiped the gold as an incarnation of the sun god Ra, and used it to sanctify their most sacred rituals. The Egyptian’s use of gold for religious and funerary ceremonies was famously confirmed in 1925 with the discovery of the tomb of King Tutankhamun, where hundreds of solid gold artifacts were found, most notably a death mask weighing 10.23 kilograms (22.6 pounds) of solid gold.

Extending forward through time, the role that gold has played within the human psyche is as obvious as it is apparent. The legend of King Solomon, King Midas and his legendary touch, The Queen of Sheba, Montezuma and Quetzalcoatl in the Americas,  and a thousand years of Roman emperors, - all have legends showing how they used their possession of large quantities of gold to expand empires, gain influence over others, and control populations. Characters who’s legends served to secure places in the history books, thus engraining the conscious and unconscious desire for gold, into the hearts and minds of every human born after.

Modern societies cherish gold in many of the same ways as did the ancient peoples before us. All around the world you can see countless examples of how after many thousands of years, we continue to covet gold as a symbol of wealth, status, and power. References like good as gold, golden goose, gold standard, and golden rule, not only serve to describe objects, people, or situations we consider of the highest value, but serve as testament to the fascination, cultural significance, or it could be said - the importance of all things gold.

Although gold was not the first form of currency (that designation belongs to wine), it has firmly secured its place as “money” within almost every society on earth. Universally recognized to contain immense intrinsic value, gold was accepted as a method of payment for virtually every item, commodity, and service available and/or offered around the world, until around the middle of the twentieth century. At that stage in the evolution of commerce, widespread use of fiat currencies’ (paper money), had for all practical purposes, confined the usage of gold to governments, brokerage houses, central banks and other large banking institutions.

The time has long since past when governments redeemed their liabilities for actual physical gold held within their own gold reserves, and the inflationary finance system that the world has become so accustomed to, continues to boom bust its way through history on the backs of an unsuspecting, deliberately uninformed populous. The government and banking institutions who are dependent on these systems to put it bluntly - maintain control of the population, rely on our lack of viable alternatives, and our inability to do anything of significance about it, to continue their reign of financial terror.

A solution to this hundred plus year tragedy has been developed that appears to have everything necessary to not only provide us with a viable means for countering the government, central bank controlled fiat monetary systems we are forced to endure, but to also restore our individual ability to control our own financial destiny. This solution also seeks to give everyone in the world who desires it, access to what is destined to become “money” in the future, the most modern of financial tools, cryptocurrencies.

Every person who so desires the opportunity, can now take control of your own personal finances, and become part of (more accurately – return to) the system that has served to elevate every pharaoh, king, and emperor throughout history. Owning and controlling physical gold is the connection they all share, the single most important item that binds them together, and the argument could be made that their control of vast quantities of gold, was also the source of much of their power – but that’s a story for another day.

Connecting the fundamental requirement to own gold of the past, with the modern digital age world’s financial requirements, doesn’t sound like an easy feat to accomplish, and any business who claimed to do so, would definitely have prove they were up to the challenge - right. What would I want to see from a company making such a claim…

There is a company out there that can satisfy each and every one of these requirements - their name is Goldmoney. Offering 180 years of combined experience to customers in over 150 countries, you can be assured every transaction you make using any one of their many services, will be processed quickly and accurately.

I have been aware of Goldmoney Inc. since watching Peter Schiff promote the services on the Joe Rogan Podcast (your welcome Joe – this one’s free), so I didn’t really need too much incentive to look into it further. I am even more convinced now after doing the research for this essay, that Goldmoney and the ideals they represent, are destined to become more than just another financial institution.

Having a son in his second year of college, and a daughter in her last year of high school with aspirations to graduate from UC Berkley, it is extremely unlikely that I personally will be investing in anything other than my kids education, lest of all gold or cryptos any time soon. That being said - If I somehow where to miraculously acquire enough money to pay my own bills, six years worth of tuition, housing, transportation, food, entertainment, and books, I would most definitely consider Goldmoney my only source for buying, using, and selling gold.

Thanks for reading everyone - I hope I was able to convince all of you of the virtue of owning your own physical gold, and the best way to go about getting it... Steem on...

Hi @drdave,
Its me again :P

heavier than most all metals, and nearly indestructible

That statement is not true as far as I know!

First, here is a reference: It is the most malleable and ductile metal; 1 ounce (28 g) of gold can be beaten out to 300 square feet. It is a soft metal and is usually alloyed to give it more strength. ... Gold is usually alloyed in jewellery to give it more strength, and the term carat describes the amount of gold present (24 carats is pure gold) Source

Second, I come from a country where people value gold and they buy it as a future asset because its worth will never die. I have seen 24 carats gold jeweleries. They are too light and very malleable, even a weak person can mold it (at least distort its shape) easily.

Reading your post was surprising and funny at the same time. The reason is that I was thinking today how all women in my country are prompted to buy gold (if they can afford it) or ask for it as a marriage gifts (from a rich husband if can be found). It was always considered like a future insurance policy in case the man treats her bad (which is almost always the case).

I was wondering why the tradition died after my mother's generation.

Now we tend to favor fake and sparky jeweleries (Swarovisky!) and fake money (Cryptocurrency as well as fiat).

I admit, I never had liking to pure gold, so I gave all gifts that I received from my late father to my mother and siblings. Poor taste and poorer intelligence from my side!

Poor taste and poorer intelligence from my side!

Not a chance I could believe that for even a second TLK - I would say your intelligence far exceeds mine and the next 10 people after me...!!!

I basically used the lead up of this for another post - its much better IMHO... Check it out if you already haven't...

oh okay. Now I understand!
Indestructible in this case is because it doesn't change its chemical form. Gold will always stay gold and will never oxidize.

But it is not strong indestructible (like diamond for example or even steel). It is very malleable :D

That solves it all now :D

And thank you very much for your kind words and sweet compliment.

I wonder why TLC and not TLK though!?

See - you proved my point on the whole intelligence thing... My dumb ass decided to spell "K oala" with a C ... LoL... Wow I hope I didn't do that every time - gona have to go back and correct it if I did... Don't want to look like a total imbecile (my big word of the day) LoL... ... Thank you for all the support, your "kind words" have meant a lot to me - Im old and stubborn so I need a motivational "kick in the ass" now and then...

BTW - did you check out the other post I did using this lead in? Our fascination with gold Its much better IMO...

I think you are too hard on yourself, that is all.
Googling TLC will give me few options, and one of them "Tender Loving care" which is not bad at all for mistaken the K to a C 😉

So actually, you were complimenting me all this time "unknowingly" and (being a woman) I will certainly take the compliment! 😇

So no worries at all about changing anything, especially your intelligence!

and instead of giving you a "kick in the arse" now and then, how about a big hug with lots of love 😊

And yes, I did check the other post. It is more colorful with the images, but the content is still as good in both :D

Why Gold when you can have Steem? :D

@drdave payed 0.3 SBD to @minnowbooster to buy a stealth upvote.