Bitcoin markets are reacting to fresh regulatory comments on crypto from India’s finance minister Arun Jaitley, made during his most recent budget speech in the Parliament today, Feb.1.

After Jaitley noted in his speech that cryptocurrency is not legal tender in the country and promised a crackdown on “illegitimate activities” involving crypto, a flood of misinterpreted comments warning of an outright ban appeared across the mainstream press and social media.

Markets in turn fell in trading on Thursday, Bitcoin dipping below $9,512 after breaking $10,300 Wednesday, Jan. 31, data from Bitstamp shows.

India has been sporadic in its attempts to formalize cryptocurrency regulation over the past two years. Since the country’s currency reforms, interest in Bitcoin especially has skyrocketed, with local exchanges reporting huge growth.

At the same time, India’s central bank has issued repeated warnings on cryptocurrency investment, some of which appeared tantamount to calling it illegal.

“The government does not recognise cryptocurrency as legal tender or coin and will take all measures to eliminate the use of these cryptoassets in financing illegitimate activities or as part of the payments system.”

While Jaitley’s speech noticeably avoided any mention of legality of crypto in and of itself, commentaries by third parties and mainstream media journalists controversially claimed that a ban was imminent.

“Arun Jaitley has just killed India’s cryptocurrency party,” Quartz’s article on the subject proclaims, citing a lawyer who expects “a legislative mechanism or... suitable amendment in existing legislation to ensure that dealing and trading in cryptocurrency is made illegal and to penalise entities and individuals who are involved in their trade and circulation.”

On Twitter, the curious reading of Jaitley’s words continued, with declarations of Bitcoin being “illegal” and soon to be “eliminated.” 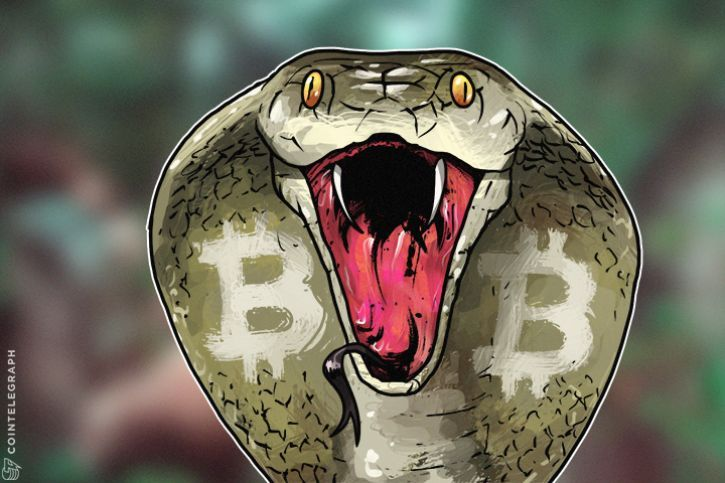 Dear @domisun
I become your follower and honestly love your blog!
Great work!

I appreciate that @misrori. I intend to bring here valuable information indeed. Glad if it helps someone.

The amount of FUD from the media in the last period is astounding. HODL.

Yes, and it always will be like this. I mean it's logical - to take the advantage of a current market sentiment to magnify the move.
Not every time intentionally, though many times it is, but negative messages in negative sentiment spreads much easier.
Precisely @zemiatin HODL and even buy more in the juicy zones as I posted here:
https://steemit.com/vincentb/@domisun/we-are-going-to-see-big-sell-off-on-bitcoin-i-believe

Congratulations @domisun! You have completed some achievement on Steemit and have been rewarded with new badge(s) :

thanks to: @domisun.
For more information, click here!!!!
Send minimum 0.100 SBD to bid for votes.

Thank you domisun for making a transfer to me for an upvote of 2.14% on this post!

This post has received gratitude of 1.53 % from @appreciator thanks to: @domisun.

You got a 1.42% upvote from @postpromoter courtesy of @domisun!

This post has received a 3.33% UpGoat from @shares. Send at least 0.1 SBD to @shares with a post link in the memo field.