Letting Go and Holding On 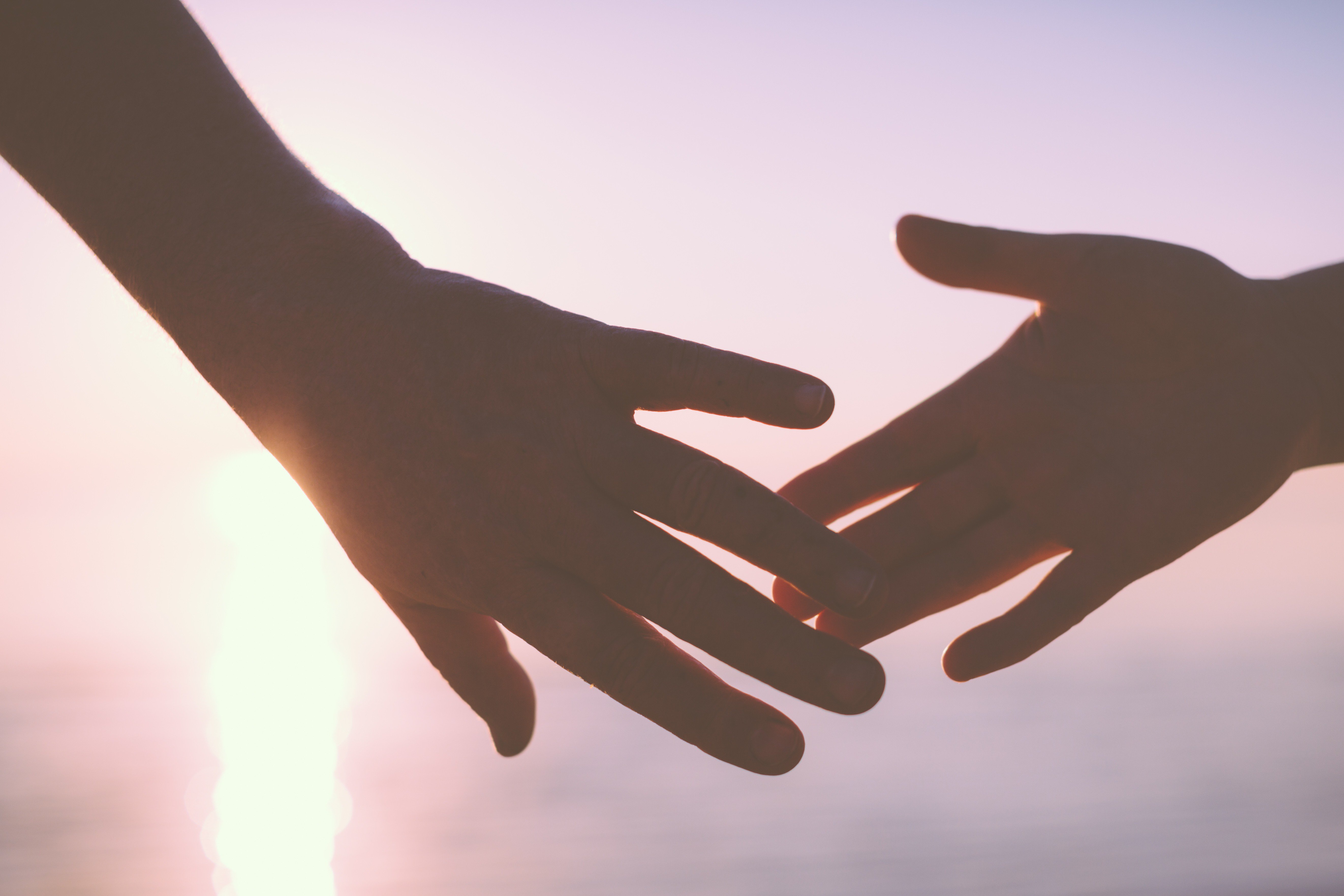 Sometimes we don't really know what we got until we let go. Sometimes we face unexpected change within letting go.

For myself there's always been a point of wanting to figure things out.

Some of the biggest gifts have come through "mistakes".

I say "mistakes" because really it's an interesting exploration into our mistakes - There's so much that is available for us to learn, grow, change, and expand.

Seeing something new can be an intense moment.

Sometimes we don't even realize all the baggage that we were holding onto....

Wait a second - Does anyone deliberately hold onto emotional baggage...I think not....yet it is questionable for sure...Patience is indeed a virtue as we require great patience in order to work through all our emotional baggage claims.

The baggage can have nothing to do with the other person or thing or whatever...it's the shit from your past...your baggage...your unresolved shit...

I recently went through a bit of a falling out with a relationship. The experience being a really substantial loss. There was a myriad of thoughts, feelings and emotions. I wanted to make sense of everything. There were all these bits coming to the surface that I forgot I was even holding onto...as like forms of programming that weren't really serving me and the relationship I was existing in - in fact - So in going through the myriad of thoughts, feelings, and emotions with an openness attitude...but also a willingness to equally let them go - I learned a great deal about myself and also the person I had a falling out with.

What's interesting here in my particular case is that this was a massive blessing in disguise.

It would have been super sad and even depressing for me to continue living the way I was living. I was holding way too much stress and strain. I had too much suppressed emotional baggage.

The connection I had with this being died.

At first I wasn't ok with this and I wasn't willing to accept that. I felt I needed to hold onto it...to fight almost in a way to try to fix everything. I realized I had to let all my "hope" go. It's only once I challenged myself to let go without restraint of any possibility of a future with this incredible being...did I actually get to a point of clarity within myself.

I had to let that connection die because I've changed, I'm not the same dude as I was then. I've expanded upon my outlook and my regard.

Yes, it's possible our relationship is born again like a phoenix rising from the ashes and that this was a necessary purging and cleansing phase - Whether it happens or it doesnt.....either way,...what is for sure certain is a new depth of stability and balance within myself. A level of vulnerability and compassion I never knew existed.

I'd for sure love a re-do, another kick at the can with this specific Being - I really would. She's been an integral support in helping me piece my heart back together again....whether she knows it or not, the playout unfoldment is indeed ironic.

I've been playing it cool for so long,...anyone who's been really close to me who reads this, might be like, "mike....what....noooo.....he's the most chill dude you will ever meet....easy going for sure..." And this is true for sure....but it's like I've been living with this open wound that I've been denying ever exists. "Oh that....just cover it up....it's nothing."

There's a new found sense of gratitude and appreciation that I didn't know existed in me.

The difference this time being the depth of reflection into my sorrow. In the past I held onto this sorrow as like a block....a wall I had in me from really accepting and allowing myself to open up to the sorrow...sadness...heartache.

I went through way more heartache than I would want anyone to go through...and the deeper realization here is that I was doing it to myself!

I wasn't being honest with myself about my heartache and my sorrow!

Nobody ever explained this stuff to me.

I put myself through so much heartache and sorrow over the years....not realizing my own laws of attraction...and so,the Universe....Life Here, saying......"hey....are you going to look at your sorrow and heartache....your sadness... ever....you know you can't just keep playing it cool when shit isn't cool...you know that right???..."

Yes - I realize it's not cool to play it cool when shit really isn't all that cool.

I forgive myself for accepting and allowing myself to create compensations for cool - getting so caught up within being the cool dude, I didn't even realize how cold I had become....like ice cold.

I realize it's way not cool to play cool when shit is not all good.

Sometimes shit just sucks...and it's important to be honest about it....because if we aren't honest about our shit...well it fucks up our ability communicate about shit...because it's like we become conflicted in our own living because we're saying one thing...when it's another thing entirely. I mean WTF.

With a willingness to face ourselves within whatever it may be - we give ourselves access to our best development and maturity.

Again, I just want to say thank you to the Being that really helped me to Help Myself - Forever Grateful.

I'm cool to walk with or without this Being. I think she's cool as fuck and I would love to walk with as equals....but I'm totally cool if she's not interested. I mean it's sad when you don't get what you want....but I mean life goes on and the lessons learned will last indefinitely through the testaments of time and for that, I am forever grateful.

Drop the Self-Judgement and Walk Your Change

A Day is a Lifetime and then Some

Everything levels out in the end. All that matters is, either we choose to do it or it will be done by another force.

I feel if I add more to this, it would be a mistake.

In life you will me two kinds of people...the ones who build you up and the ones who try to tear you down. In the end, you will thank both.

Thank You for that. Great balanced perspective. #profound

This is a real time time experience facts thanks a lot for sharing sir.

Great stuff @worldclassplayer i love this attitude from you.

Trust is the most important in any form of relationship

bless you for this

its always good to let go out past hurts, past rejections so you have a brand new start with the one you currently love. and always cherish the current one. good luck!

This is quite interesting... And also, without letting go, you'll never know the greater stuffs/ better people out there for you.
...so, in most cases its advisable to just let go to give chance for better and bigger stuffs...

I think we make assumptions about people and their beliefs and values and it may be totally wrong. When something big happens this can become obvious and it can be difficult to accept because they aren't who we thought they were.

your story is fantastic...... @worldclassplayer

patience is everything.if we part with our spouse.because he does not belong to us completely, believe me one day we will meet a better partner than the previous partner, believe me.blog and your post is perfect, if you have time to stop by my blog. Thanks

You're right. You have to learn to let go, sometimes we think that the best thing is what is happening to us, however there are still many better things that can happen to us.

There will always be in the past, present or future that moment when we are going to step on the bottom, but we are going to really step on the ground, we are going to change for good or even bad but it is up to us to have the will to just continue.
What you just told me reminds me of something similar that I lived, it was a total crap but I got to be it because I wanted it that way. I clung to an emotional baggage that gave me nothing, neither good nor bad. I'm glad to know that there are more people with the ability to follow and continue even if something stops them. of the bad moments you learn no matter how damn they are. Suffering and having bad times is the necessary thing in life. I love your attitude, more people like you please.

Letting go of something youve been use to is not usually very easy, but at the end if it was worth it. Youll be happier