I am someone deeply related to travels. I studied tourism management when internet was only used to send emails or read news and during my professional career I have been employed in different projects, all related to the travel industry. I have also dedicated my free time to travel when possible and took a couple of years off to backpack Asia and South America because there's only one life, many places to visit and lots of learning of other cultures on the way.

Since 2016 I have been involved in cryptocurrencies and spreading the word out to everyone, so I have decided to write this article where I will try to make a little analysis of the state and projects ongoing on the nascent blockchain travel industry.

The travel and leisure business has been one of the most affected regarding new technologies, specially with the mass adoption of internet and the growing use of smartphones, so I firmly believe blockchain technology will disrupt the way we travel, removing middlemen and cutting costs.

To better understand the context of the travel industry I would like to give you some key facts thanks to statista.com:

The travel and tourism industry is one of the world’s largest industries with a global economic contribution (direct, indirect and induced) of over 7.6 trillion U.S. dollars in 2016. The direct economic impact of the industry,  including accommodation, transportation, entertainment and attractions, was approximately 2.3 trillion U.S. dollars that year

In October 2017, Amadeus, the giant GDS Amadeus released a paper called "Blockchain: harnessing its potential in travel" (I will not link directly the pdf file as they require you to register to downlad) explaining their approach to blockchain and why it could be important in the future. They go over several points, trying to understand how blockchain could be useful in different scenarios and analyzing in 16 pages some examples like identity management, baggage tracking and loyalty schemes. They also try to explain how generally speaking blockchain and smart contract works. It's not a very long paper but it gives us an idea that the big players in the industry are moving towards the implementation of the technology. They also released this video so everyone with none or little knowledge on blockchain can get an idea of what is it:

I would like to stress out one key sentence from the paper:

Despite blockchain technology being much discussed, in reality the technology remains at a very early stage in its development. For example, we believe there are no live systems in production today in the travel industry. However, the industry is in an experimental phase with various actors investigating potential use cases for the technology and much progress is being made.

This sentence leads this current study to the next phase: analyzing the projects that are currently starting their way in the blockchain travel industry.

Those might not be all of them, so feel free to add anything else in the comments :) 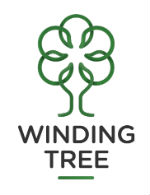 Winding Tree slogan claims is: Decentralized travel distribution. Making travel cheaper for consumers and more profitable for suppliers. Basically they want to remove the middlemen which can take between 10% to 25% of the cost of bookings. They will be a B2B marketplace for airlines or hotels vs travel agencies.

Well, that sounds really goo, right? In their own words:

Winding Tree is a blockchain-based distribution platform for the travel industry. Today the travel industry is highly concentrated on the distribution front due to core inefficiencies of the internet. The need of a trusted party on the internet allowed intermediaries to concentrate the sector and raise the barrier of entry for new startups. In travel, consumer facing intermediaries often source their inventory from other B2B intermediaries causing double marginalization and inflating the prices. Winding Tree is building a decentralized alternative, to the current concentrated travel distribution landscape, where anyone can access inventory directly from the suppliers. The travel industry is particularly suitable for a decentralized marketplace as the suppliers are experts in what the blockchain cannot provide: customer service, and arbitration.

They are currently getting ready for their ICO on February 1st, where they will issue the token LIF with 10M USD limit on marketcap. They have premium partners such as Lufthansa, Brussels Airlines or Nordic Hotels.

Their ICO has scored 73 points at Cryptobriefing and 3.6/5 at Icobench althought some shades are currently arised regarding their swiss foundation.

I personally like the project and I think blockchain will definitively help reduce all those costs, so I will be monitoring their success closely.

Here you have a video explaining their project to add value to the blockchain travel industry:

World Tourism is a one-of-its-kind tourism community comprising a diverse group of adroit individuals with varied skill sets including digital mining, tourism, legal and decentralized pundits, who have come together to realize a vision shared by 30 members of the World Tourism Crew and 350 tour agencies worldwide. All passionately devoted to collaboration and development of the tourism and cryptocurrency ecosystem and community. We believe that there must be an end to major tour agencies’ monopoly on tourism sector, and a fundamental restructuring of our tourism community and ecosystem to ensure that the discrepancies faced by tourists in travel costs across different countries can be addressed thoroughly.

Basically, they want to create a tourism token that should be used to pay reservations, fees, etc. Their whitepaper is missing now, but you can check this medium post where they explain some insights of the project and also in their vision statement.  You can check the following promotional video for more info:

Their lack of team and whitepaper however makes me think that this project is not going very far away...time will tell.

In their own words:

Trippki makes travel more rewarding. Trippki is a hotel booking and rewards platform that creates a new, and better, relationship between hotels and their guests.

So, remember Amadeus talking about loyalty programs? Here's one answer and its called trippki. Their basic aim is to create a token that guests of hotels will receive upon their stay.

They will be conducting their ICO in Q1, with 200M tokens to be issued, so stay tuned. I don't know if this could be a really big value, but definitively interesting to check. Their whitepaper is pretty informative.

Based in Hong Kong Travelflex has just finished, yesterday January 15th, their ICO.  In their own words from their flashy website:

Travelflex is a new cryptocurrency that is aiming to solve the scalability issues that other coins like Bitcoin are facing at the moment. By using a complete new DAG based algorithm Travelflex isn’t just a simple clone or a token.The block speed, for example, is 1 block per second, compared to 1 block per 10 min for Bitcoin. It will be a real Proof-of-Work (POW) coin that can be mined and runs on its own network unlike 90% of all the others coins.  Don’t be confused by the name Travelflex since the coins can be used for almost anything payment related, not just traveling.

They want to propose their token TRF to handle all sort of transactions, promising it delivers 1200 to 1400 transactions per second with zero fees. Steem can theoretically handle 180K per second, so it's still much faster. They also want to create a social network around the platform using and app and also credit cards.

You have their whitepaper here and their introductory video:

In their own words:

TravelBlock offers a unique platform with the stated purpose of dramatically lowering the cost of travel by utilizing the blockchain system for booking. Our goal is to revolutionize the vacation industry by eliminating the traditional Global Distribution System (GDS), for the purpose of connecting consumers directly with service providers.

They also have a proposal to reduce the middlemen and currently on their ICO. They claim to have already established their platform with MANY top players. I will monitorize @travelblock ico which should start in about 6 weeks from now.

You can check their whitepaper  and their introduction video:

On their own words:

TravelChain is decentralized blockchain-based platform which provides accessible and authentic smartdata to let business know their clients better and to help travellers experience the best customer service. TravelChain is a core of Smart Traveling Ecosystem.

They are focused on the date driven by travelers, for example creating a passport for travelers, and users will be able to share their data to get tokens.

Their ICO is currently ongoing. Find their whitepaper and the intro video:

There are also some other players like Rentberry which aims to create a rental marketplace in the blockchain travel industry or Revain willing to create a tripadvisor-like based on blockchain.

Here we come to the end of this study. More and more projects will come and I will try to keep on giving updates in the future, because the future of travel is...onchain

Extra! Check some of my previous posts with juicy information:

I always post original content and make an effort to contribute to steemit with something interesting. Feel free to JOIN MY QUESTIONS AND ANSWERS CONTEST. You can have learn some free SDB just for giving your opinion on something :)

Nice article. It sounds like the travel industry is trying to do something similar to what some of the real estate groups are doing. Having tokens specifically for travel would be very innovative. Given your experience do you expect widespread adoption of one standard or many competing tokens?

Thanks for your comment @bozz I believe the travel industry is a perfect one to implement blockchain technology, because internet is already being widely used and customers will benefit from better prices if less fees by middlemen are charged. Regarding the tokens, we will see a race to see which one could be better implemented. I think companies that go for a B2B model will have a better success with their projects because companies are always faster to adopt a technology than the average citizen. Nevertheless I have no doubt of the implementation on the travel industry, as much as internet has been.

Fellow readers: i have just found about this project, https://www.cryptocribs.com which could be the next Airbnb based on blockchain, amazing!