KasiaTravels on a budget: Going with the flow (aka it’s time to visit Nicaragua. Part 1) Solo backpacking on a budget in Latin America. As I have already shared with you in one of my previous posts, I started my solo dream travel to Latin America only with ideas about what are my must do/see that I simply cannot omit! I also decided only to buy flights from and to Europe and 1 internal flight – from Panama (in Panama) to Bogota (in Colombia) and from Bogota to Rio de Janeiro (in Brasil) as I knew that in this particular case the distance is far too vast for a bus and that with each passing day it’s price will go up.

This ascetic idea for my travel was challenging and overwhelming at first. I also couldn’t be fully honest with my mom about that as she would have been too anxious. But I quickly realised that it was a good idea. That I can trust my intuition. 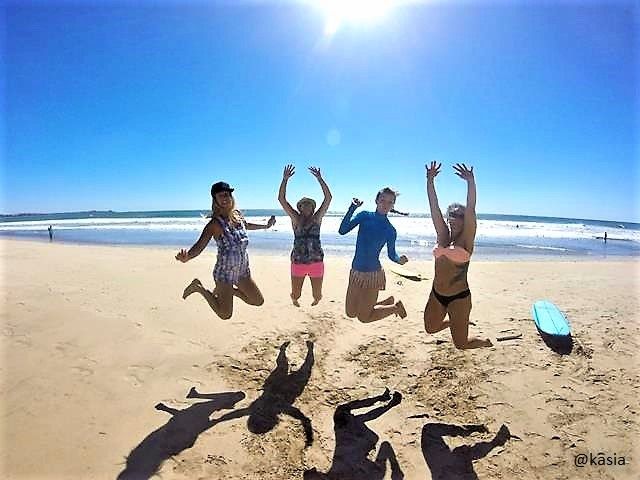 After 2 weeks in Tamarindo, Costa Rica I decided it is the high time to move ;) Don’t get me wrong, I loved it there, I started to feel like at home. But. It was more expensive than I could spend and I wanted to be in a less touristic place. What’s worst, the surfing conditions were not welcoming, the water was still. And in the spots for advanced surfers, where the waves were good… Well, those spots were for advanced surfers and not for a newbie like me ;) The forecasts predicted that those conditions would continue at least for another week.

I was consulting the situation with my 2 friends – Nicky, the Witch’s Rock brew master and Diego, my Couchsurfing host. Both of them decided to move to Costa Rica many years ago in order to surf! :) So they understand the charts and know what to really expect later on. They were predicting that the conditions will be the same in the spots within our region. I could either move north, to the central parts of Costa Rica, where I could not surf, but I would profit from natural parks. Or I could head Caribbean coast, but as I have written here, the surfing conditions over there are tricky, to say the least.

I decided to take the third option ;) I decided to join my friend – Jeff – in Nicaragua. We initially met while he was at the Witch’s Rock Surf Camp in Tamarindo one week earlier. He is a super nice, funny and interesting American, who is working for the local community in underprivileged neighbourhoods of Detroit. He invited me to join him in Nicaragua. The country is much less touristic, and, as a consequence, a lot cheaper.

So although I didn’t plan it, I went with the flow, bought the bus ticket to the border, packed my backpack and checked what is the easiest and less expensive way to get to reach my partner in crime.

I could do that because I was not attached to my travel schedules, I didn’t have my accommodation booked in advanced and so on. I knew I want to head down south in order to be in Colombia during my second month in Latin America. But that was it, so I could stay a bit longer or shorter in any place in between.

This type of travelling may be more stressful to some, especially to those who need to have their sh*t organised. But personally I simply enjoy the unexpected, I get comfortable with it. This way the travel remains a pure adventure, so I simply go with the flow and new opportunities.

During those 4 months I was listening more what locals or fellow backpackers were suggesting, and adjusting my plans accordingly instead of sticking with my nose in the “Lonely Planet”.

Thanks to this approach I was not only able to discover a little bit of Nicaragua. I was also able to do the PADI diving open water certificate! And let me tell you, I was not expecting it coming because, in general, it is a very expensive sport! And I had different plans for Colombia. But instead of chilling in a coffee finca with some epic green scenery or exploring Pablo Escobar's home town, I decided to go to the Caribbean side and learn to dive, because at that time the prices of diving in Colombia was really low. 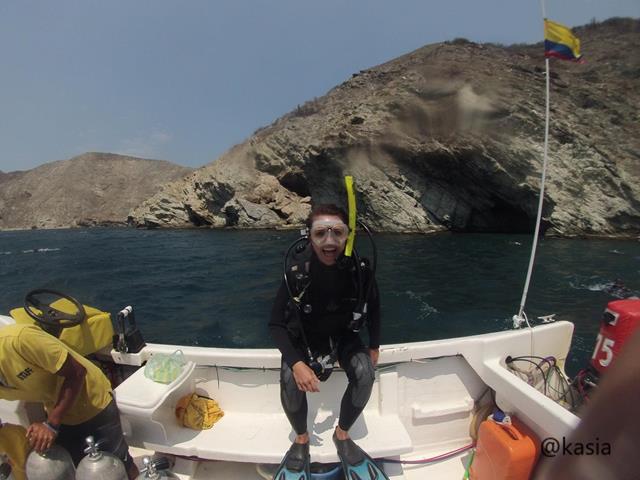 So my humble advice to you, my fellow travellers and adventurers, would be to listen to yourself and your intuition! Get out from your comfort zone from time to time. Try not to stick to the plan too stubbornly. Often having your head open to new ideas is all we need to experience something valuable!

What do you think? What are your experiences?

Its really beautiful.
You had a great opportunity to explore how beautiful this world is..
You experience how beautiful this life.
caring and loving each other. have joy. enjoy days and life with doing something we really like.
Traveling will make us have an opportunity to experience many things culture, knowledge and so on.
Meeting with new people who speak different language and has a different culture. it's really amazing..
Wish you all the best..
Cheers

this is a nice summary of why people should travel more often!:) Wish you good luck here on Steemit!

Yes, spontaneity can really add a lot to the traveling experience. I congratulate you on your bravery, you will go a long way :)

are you a spontaneous traveler?

Sure! I'd love to! Wait...what's a PA? Haha I'm also impulsive sometimes . Lol I literally got excited and then was like "what's a PA?"

haha! PA stands for personal assistant ;) cause i was seeing you here, replying for me :) you did a good job btw :)

it adds, no doubts! so nice to see that people here share the same values as i do. thanks for the comment and good luck! :)

Spontaneity is the key to adventure. I have to keep reminding myself to say "yes" when I travel.

I agree! Without spontaneity I think my travels wouldn't be near as exciting as they always turn out to be. I think I can blame spontaneity for why I'm so addicted to it.

so great to see another woman traveller:)

:) I know! I wish I knew more people down for spontaneous travel 'cause those are my favorite travel buddies!

absolutely! it is not always comfortable or easy. but it's worth to be open to unknown or simply to say "yes" more frequently:)

I love reading your stuff about Nica and Costa Rica. I used to live in Costa Rica and miss it sooo much. I fell in love with Nicaragua and feel like both places will always have a piece of my heart.

I'm definitely the kind of traveler who doesn't plan anything and just sees where life will take me. I ended up sleeping in a magician's backyard one night because there wasn't a place to stay.

Then the next night, I befriended some homeless people who showed me their secret sleeping spot on a roof top.

I feel like that's probably crazy, but I like that I can say I've experienced homeless rooftop sleeping, etc. They were a fun group to hang out with, too. We shared coconut water straight of the coconut and just shared life stories.

Glad you got your nose out of the book!

Hey Girl! and where are you now? i feel like your stories could easily be mine:) Good luck on steemit!

I feel the same about yours! I'm in Thailand for a couple of months

@K-a-s-i-a latin america is really a blessing on earth. The picture you added in your poat are really awesome. Roaming around in the world is the real art of learning. Keep traveling and posting such picture.

I agree...latin america really is a blessing on earth. It's such a special place. To me, anyway. What are some special places to you? India is another one for me.

Hey Girl! i saw your intro, good job:) good luck to you!

wow, your comment is so kind! thanks:) have you been to Latin America yet?

That's quite a turn you took. I agree it's important to keep options open during travel, sometimes you end up experiencing new thing's that other travellers will never get to encounter.

so cool to hear that there are people here who understands ;)

Beautiful content... I would love to embark on the trip someday

i keep my fingers crossed for you!:)

You won't have it crossed for long :)

Beautiful place to visit care free living at its best

Too far for me.but I feel like traveling around. thank you :)

the pleasure is mine:)

These pictures are great. What camera did you use?

Central and South America are inspiring!

kasia you are doing awesome.

Inspiring story! Congrats on visiting Nicaragua. Best wishes for you and stay safe :)

thank you! Good luck to you too here on steemit!:)

Thought I could see you surfing in this post.

Did you take any undersea photos while diving?

hey, i did. but they will be posted some other time:)

How was diving there? looks so fun!

I can't speak for her...but I went diving in Costa Rica and it was awesome! I swam through a freaking school of fish. I felt like I was in Finding Nemo.

I was diving in Colombia. Diving in Costa Rica was too expensive. And i didn't have enough time for that in Nicaragua.

Waooo that is so cool.i wish I like him