When in Rabat, do as the Romans and go to Chellah 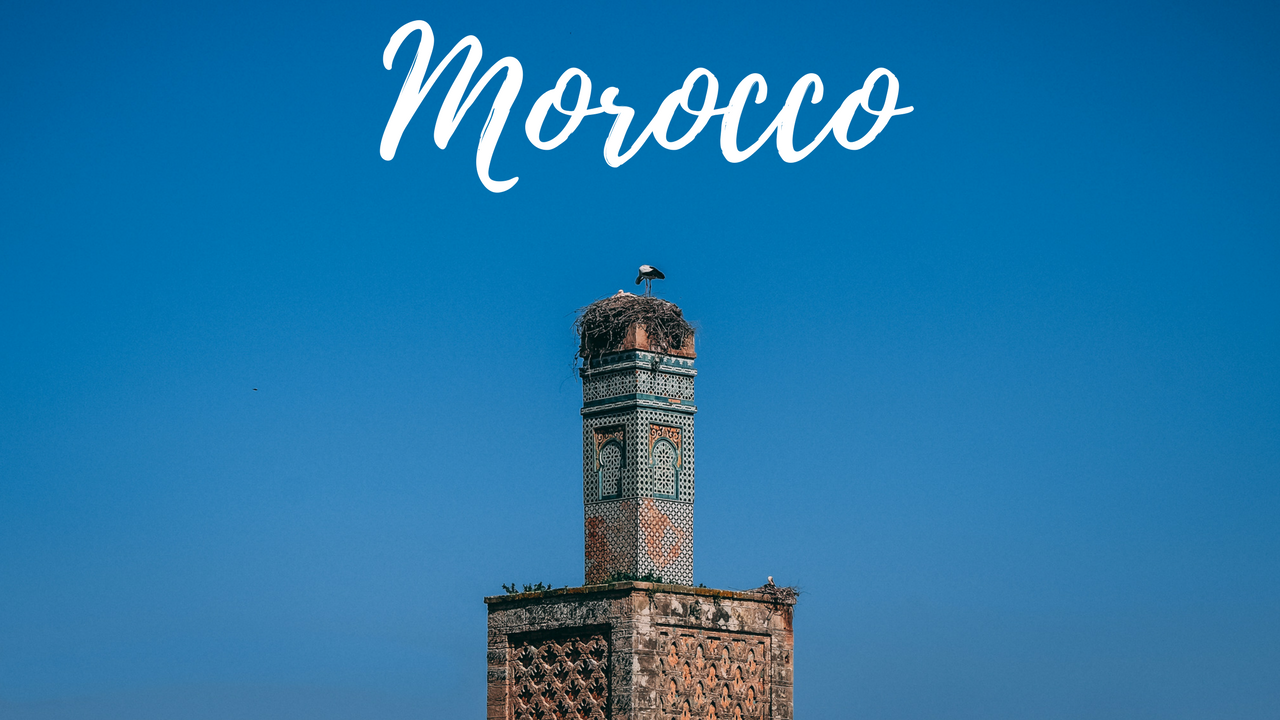 It had been four days only since we had set foot in Morocco and we already could count on both our hands the times when people had unexpectedly popped up on our way to give us a guided tour or simply asked for money to show us the door of our riad. This time in Rabat was different. As we walked through the gates of the Chellah necropolis and towards the entrance booth, it seemed our presence wouldn’t be enough to wake up the nearby guide from his blissful slumber. The gate keeper next to him tried to remind him of his duty and the man lifted his head for a second, asking us in French whether we needed a tour with no apparent conviction in his voice. When we said no, the look of relief on his face was priceless and he proceeded to fall back on his chair to continue his long overdue nap.


We left the booth giggling silently and a ray of sunshine greeted us to the inside of the necropolis along with a delightful fragrance of lilac. Spring wasn’t in full bloom yet but the trees on both sides of the main path were as lush as one could dream and already adorned with red and purple flower buds that contrasted with the sandy colour of the Chellah’s bulwark walls. We followed the path up to a few meters before noticing what looked like a forest aisle, leading us closer to the walls and away from the few tourists behind us. Again, the contrast between the carpet of yellow flowers, bright green grass and beige walls looking straight out of a desert fortress was striking and the fact we had it all for ourselves wasn’t the least pleasing. A mewing caught our attention and we started following a grey cat that seemed to have made the place its home among many other fellow kitty cats. Our newly found friend led us to a small plaza and eventually to a platform offering an embracing view on the lush ruins of the Chellah way below, paying testimony to the complex history of the site with its disjointed stones coated in yellow moss reminiscent of the greatness of the ancient Roman city and high protective walls in the back that had been built years later by the Merinid dynasty. We stood there in awe as no single sound from the bustling city we had left only minutes ago could reach us and a feeling of serenity grew on us steadily, as did the Chellah itself.

The ruins weren’t all the gems that the place had in store though and we then discovered a distinct set of buildings below that was hidden from sight until we had gone down the hill. The tall silhouette of a minaret caught our eyes immediately, crowned by an unexpected nest where a stork was standing defiantly. Past this surprising encounter, we spotted a good dozen of storks coming and going around the place, some of them quietly resting in the midst of the remains of the ancient necropolis, others playfully flying on top of our heads from one end of the building to the other. We crossed the threshold of the necropolis, which had been stripped of its proper door as all other door frames in the building, into a now roofless room that sheltered us from the burning heat nonetheless. Time had done its work as black had replaced ochre on the walls, mosaics on the front gate were shattered and branches and ivy had found their way into the building but it could have been tougher as the place actually looked polished rather than crumbling. Perhaps the storks had taken good care of their haven or perhaps there was no way such an atmospheric place could lose its appeal.


An empty pond awaited us behind the compound and we then followed a cobbled path to another platform overlooking the vast countryside surrounding Rabat, which could have seemed out of place considering the streets of the capital city were so close but felt completely in sync with the bucolic aura of the Chellah. We resisted the idea of picking an orange in one of the many orange trees around us and of lying on the grass for the rest of the day but that wasn’t without an effort as lingering there forever sounded like a hell of a plan. The rest of Rabat was still waiting to be discovered though and we reluctantly made our way back to the main gate, promising the storks we’d come back soon. Near the exit, the guide was still slumped into his chair, sleeping.

We’ll try our best to bring quality content. All feedbacks are welcome so please comment on what you like and dislike so we can get better :)

Hiya, just swinging by to let you know you're being featured in today's Travel Digest!

Just woke up this morning to see all those upvotes thanks to you, Travelfeed, and everyone who upvoted. That's amazing thank you once again.

This post reminded me how much I wanted to visit Morocco. Once I moved to the USA, I started travelling around here, I forgot a lot of places on my Bucket List from years ago.
Thanks for the reminder :)

Aah the infamous never ending travel Bucket list :) Ours includes the USA, we've never traveled there and it looks fantastic !
You're welcome for the reminder :) You should definitely go there, it's a wonderful evocative place to visit !

It is our beautiful Morocco. I hope you enjoyed visiting it

Yes we really enjoyed it, especially Rabat and Fes !

Rabat looks beautiful. Morocco has an interesting history and even better architecture. Although I find it hard to decide if I like it. I’ve been to Marrakesh and liked it, but not till a certain level I thought I would. I certainly didn’t love it. The architecture and the food was great. I think it was the people and/or the culture. I can relate
With you about the people leading you the way and immediately expecting money for it. Or for what it’s worth it could be Marrakesh itself being to touristy resulting me having this dilemma =) I would love to hear what you think of the country in general.

We can actually relate quite a lot with your comment since we've also been to Marrakesh and liked it but only to a certain extent. Sure, the food was a delight and the architecture was beautiful, but the whole vibe of the city wasn't exactly to our liking, and especially because of all the scams you've mentioned and attitudes we've encountered. That's why we're glad we've explored Morocco further since Rabat was a really pleasant surprise: the architecture was great as well and the sites less visited, and the people there were much more relaxed. We also visited Fes, which is another Imperial city just like Marrakesh with an incredible medina and great surroundings, and once again the locals were much friendlier there. If you can, you should give both these cities a try to get another glimpse into Morocco! :)

Thanks for this extensive reaction to my comment :) A friend of us also did a roundtrip through the country and loved it. I guess Marrakesh is not the best place to make up your mind about the country ;) Enjoy the rest of your trip!

ha ha I love that guide and that he was still sleeping at the end. That is a beautiful ruin. The ochre stone is so gorgeous. Lovely post.

@onethousandpics so sorry for the delay. Nothing can wake this man from his sleep XD Chellah was absolutely gorgeous we really did not expect to enjoy it this much !

Our upvote has a weight inferior to 0.01 so instead of upvoting your comment inefficiently we upvoted your last post