The Skageflå farm in Geiranger is one of the most unusual landmarks in all of Norway and Europe for that matter. It sits high above the Geirangerfjord on a steep mountain ledge overlooking the magnificent Seven Sisters Waterfall. It can only be accessed by steep narrow stairs or a long hike from the village of Geiranger. It’s one of a handful of farms on the mountainside ledges of the Geirangerfjorden in Stranda, Møre og Romsdal county, Norway.

The Skageflå farm is no ordinary farm. The King and Queen of Norway celebrated their silver wedding anniversary here back in 1993! The Geirangerfjord is one of Norway’s most recognizable tourist attraction. It graces covers of magazines and postcards and is the gateway some of the most adventurous activities in Norway. I was out and about exploring and looking for places to hike when saw a postcard in the tourist information center. There on top of the fjord sits a mountain farm. Appearing magnificent and impossibly built. Though there were a bunch of hiking trails in the area, I was so enamored by the postcard photo that I wanted to capture the scene for myself with own my camera! There are two ways to get to the Skageflå farm. You can hike from Geiranger to Skagefla on a round trip hike covering 12 Kilometers or you can take a water taxi to Skagehola and hike up to the farm making your way back to Geiranger.

I swear I was a pirate in my previous life because I just had a hankering for a boat ride and I’ve been driving around too long and was starting to feel like a land lubber. So I decided to take the water taxi route and do the hike back to Geiranger. This route is very steep but steps have been carved into the rocks and supports are in place along the most exposed stretches. There are also hand rails on the most difficult sections. Saying ahoy mateys! As I embark on a land adventure

You might want to do the round-trip route instead if you have any fear of heights. I saw a guy slowly getting carried by his buddies on the way down because he was hyperventilating from his fear of heights. But this is an adventure blog, what’s an adventure without a little danger, right? Hell, I looked down every so often on the way up and my legs would feel weak from the sight of sheer vertical drop below. No worries the trail is well maintained. But this shit is steeper than it looks

In many of these mountain ledge farms, people had to tether their children and animals on ropes so they don’t fall to their deaths in the fjord below. After this harrowing ascent, you finally arrive at Skageflå. The farm was abandoned in 1916 but it was once one of the richer goat farms in Geiranger with 2 or 3 mountain pastures for its animals. A rock slide in 1873 destroyed much of the cultivable land. It is now a major tourist attraction and the world heritage celebration in 2006 was held there. The views of the fjord from the farm are very dramatic and you can see the Seven Sisters waterfall flowing directly across the fjord. From there you can see yet another mountain farm on the ledge next to the waterfall. It makes you wonder what sort of madness drove these people to build farms this high up.

There and Back Again

The trek to town and back again would be such a miserable ordeal. There are no convenient stores nearby. No roads for cars. It's just a narrow stairs to the fjord or a rugged trail to the village. You'd have to trek 6 kilometers just to get a soda! I mean, if I was a billionaire and had a helicopter service, sure maybe. But we’re talking about medieval folks here with just donkeys and their own feet for transport. Crazy! I left the farm and continued to hike up the steep terrain. The steepness slowly diminished as it led me to the summer dairy farm, Homlongsætra. Here’s yet another dramatic view of the Geirangerfjord with houses that look like it’s plucked out of a Tolkien novel. It makes wonder if anybody will open one of those wooden doors and somebody would walk out yelling: "No, thank you. We don't want any more visitors, well-wishers, or distant relations!"

Continuing past this leads yet to another dairy farm, Bjønnastien where the trail slowly grows milder as it tapers downhill towards the Homlong and slides down close to a precipice the Geirangerfjord. There are markers along the way warning you of the dangers on the trail. There are holes in the ground that drop directly below into the fjord, so take caution! Once you're past this section the trail will join the Geirangerfjord, past a couple of campgrounds and you're back in the village of Geiranger. 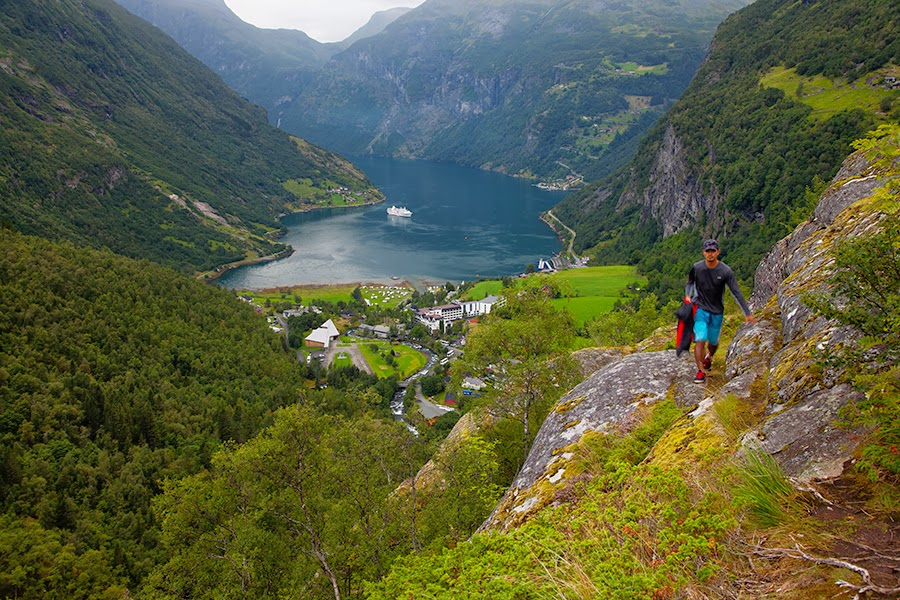 The famed view of the Geirangerfjorden

HIKE THE SKAGEFLA FARM YOURSELF!

HAVE YOU BEEN TO THE GEIRANGERFJORD?

Have a Laugh!
The Spider in the Patio
Detained for Drugs in Norway
Unforgettable Ride on a Chicken Bus
The Love Valley

So beautiful - thanks for sharing :)

Woow. Greenery all around. Looks heavenly

That is astonishing! The farmhouses look beautiful, but the only thing I can imagine that might have driven people to build them in such dangerous locations is the danger of attack from adversaries! They were in Viking land so that might have something to do with it :) 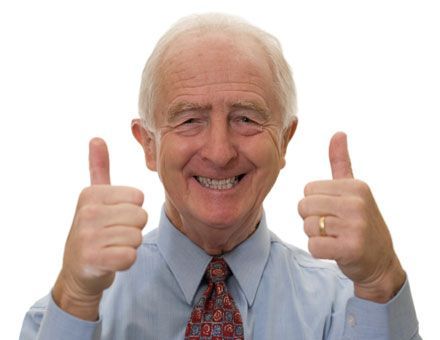 wow i own a beachforest farm..and down here where i have my farm it is warm year roudn or sometimes it can be raining year round...really love the hobbitshouses and wondering how the roof were made....

This post has received a 5.5 % upvote from @boomerang thanks to: @adonisabril

You got a 5.98% upvote from @postpromoter courtesy of @adonisabril!

Woow I have never seen such beautiful scenery, this is a very beautiful post generated by brave hands, I love it

Wow. Norway is exactly a beautiful country because the people are very successful to conserve the nature. We have a town in Turkey looking similar to Geirangerfjord, named as Uzungol, but unfortunately the greedy government ruined that town with a lot of unpleasant constructions and buildings such as hotels.

Alesund is one of the destinations I have ever wanted to visit. But this place looks awesome as Alesund.

Been to Alesund, this is one of the places where you hop to from there.

You got a 8.18% upvote from @buildawhale courtesy of @adonisabril!
If you believe this post is spam or abuse, please report it to our Discord #abuse channel.

Beautiful pictures and awesome stories. It made me want to visit the area. 😊

Pictures and amazing landscapes, the fun boat ride, I love Norway even without visiting it.

Congratulations @adonisabril, this post is the fifth most rewarded post (based on pending payouts) in the last 12 hours written by a Superuser account holder (accounts that hold between 1 and 10 Mega Vests). The total number of posts by Superuser account holders during this period was 1651 and the total pending payments to posts in this category was $13350.10. To see the full list of highest paid posts across all accounts categories, click here.

This post has received gratitude of 8.26 % from @appreciator thanks to: @adonisabril.

a very interesting place to visit, I want to go there, hopefully someday my wish can be reached. Im very love it

Wow simply amazing! Definitely putting this on my bucket list! Thanks for sharing. @journeyfreedom

Wow, often wondered about that place! Thanks for sharing! :D

Amazing Amazing post! Thank you for sharing! I will definitely be checking out this area and all their trails when I (hopefully soonish) get to visit Norway. I truly appreciate fellow travel bloggers that take quality photos and post INFORMATIVE posts, so thank you for capturing all this info! I can't wait to go here and all capture post card worthy photos for myself! Reseteemed, followed, and upvoted! Thank you, and happy adventuring! ~Amanda

The Geirangerfjord is beautiful! I would love to go here someday and do all the adventures that you mentioned in this post! Thanks for sharing!!!

really a cool nice ,one of a kind place ...is this in Europe?????looking at the hobbit house and the beautiful country side made me dream to see the place .....

The natural and human beauty mixed together is amazing! Those trails look a little treacherous but how could one not be drawn to exploring them? lol Great post!!

This is incredible. Thanks for sharing!

great photo, what a stunning image..
I wonder have a chance to travel to this paradise...
thanks for share it with us...

So dam beautiful! Gonna add this to my travel bucket list. Thank you for sharing :).
@rog3nic

your photo skill are insane. really cool. definitely looks like a place where even the king and queen go. looking forward to visit norway again :)

Such a beautiful place, Like a dream. I want to live there :) Thanks for sharing :) Best place I've ever seen

Hello and congratulations on winning a daily round of my 7 World's Continents Photo Challenge! What an amazing image once again. Kindly see if you can attend your winner announcement post to answer some of the congratulation notes for your increased engagement. Thank you and have a great day. Tomas

Thank you very much Tomas!!

What a beautiful place. I love that hobbit house :)

You took those pictures very well. They are beautiful.

Hai...if you like coffee tour please come to my village

Love your work. Check out mine :) https://steemit.com/skydive/@schwepps800/where-to-go-in-philippines

good photo I'm interested to see it is really amazing, thank you for sharing ...... @marzukirizki

Dude! awesome landscape photos , shots like Geirangerfjord In Daylight are the ones i strive to actually make someday .

Thanks for the useful post! You have discovered for me an amazing place in Norway.