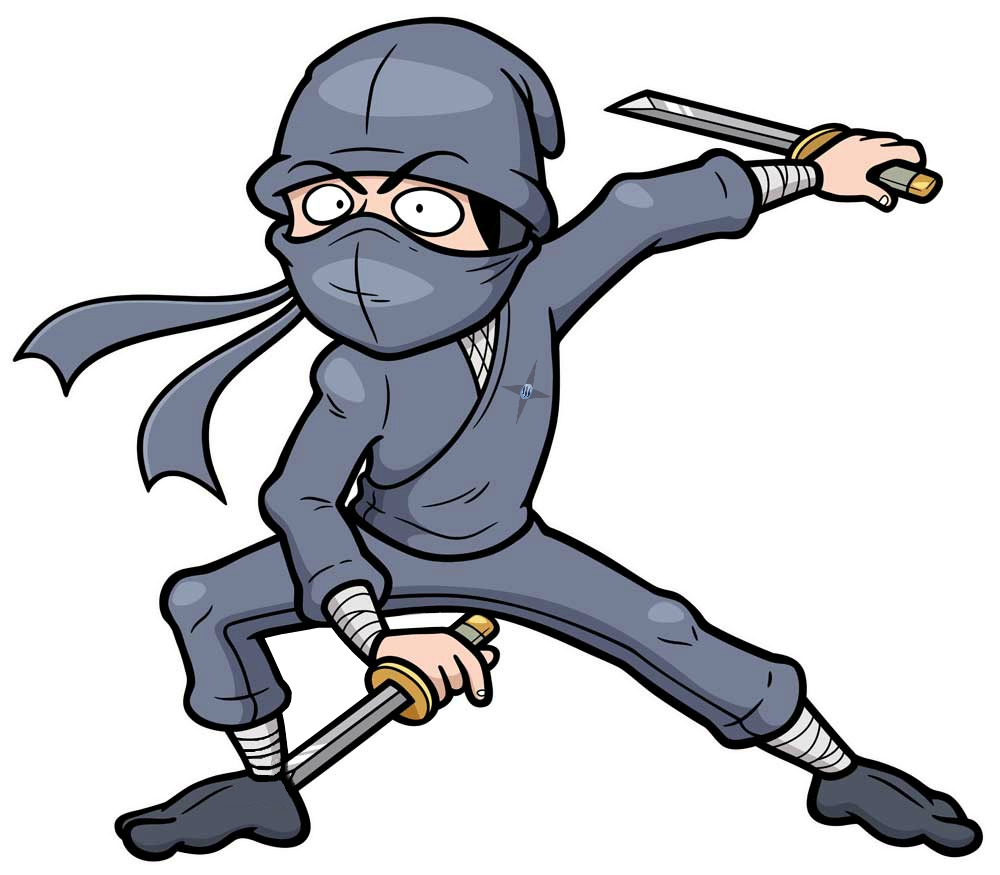 I had met Kusari (鎖) The most beautiful ninja I had ever seen.

We had fallen in love.

I had been sneaking out to her cabin in the woods to, you know...

I had started spending more time with her then I was at the temple.

Her style of training was a lot more fun.

Eventually Masutāfeisubukku (マスターフェイスブック) started looking at me a little differently.

I was beginning to think that he may be suspicious but he never said anything.

It did make me weary though.

I mean, what if he found out about us?

I became so worried that i told her I would not be back for several days so I could keep up appearances at the temple.

When I did come back to her cabin several days later, I found it empty...

I searched the cabin for her and in the back room I found something devastating! 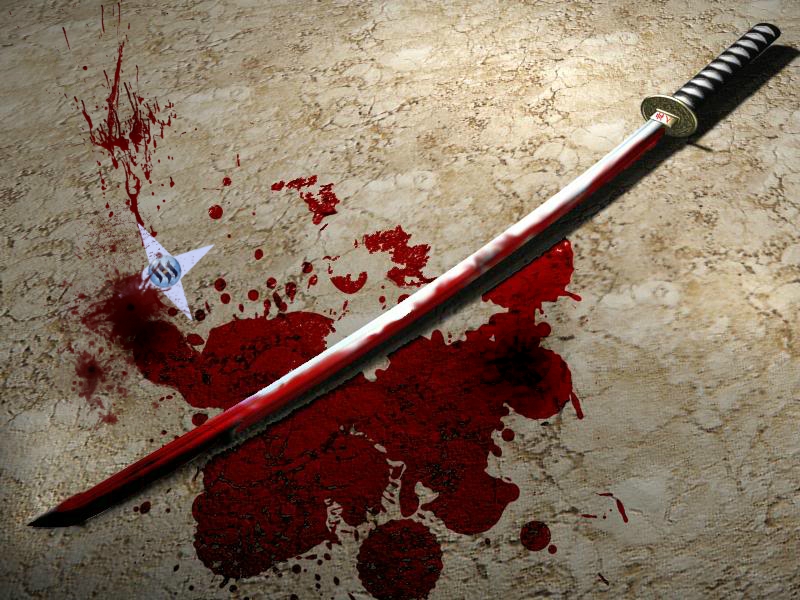 There was blood everywhere and she was missing!

Her lucky throwing star, endowed with the mysterious powers of Jōki (蒸気), lay covered in blood on the floor... This star was passed to her at a young age by her great grandfather Satoshi Nakamoto, a fierce warrior of a long lost clan, just before he died. Satoshi had written the sacred scrolls of Komyuniti (コミュニティ) which foretold of the wondrous powers of Jōki (蒸気). This star was endowed with the that sacred power, he held it through 3 generations of her family until her birth. Satoshi had waited nearly 900 years for her to be born. He held on to life just long enough to tell her of the power she possessed, share his prophecies with her and hand her the star. Then he vanished...

If this throwing star was left behind I could only assume the worst.

Laying next to it on the floor...

Why do I recognize this sword?

It feels so familiar...

That inscription on the hilt... 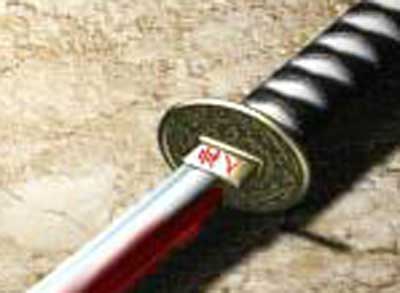 Perhaps something long since repressed.

I just couldn't put my finger on it but it was so familiar.

Now I had no choice but to go to Masutāfeisubukku (マスターフェイスブック) for help.

No longer would our love be a secret...

The cat was out of the bag!

He said he had known for sometime but did not want to interfere.

I told him what I had found at her cabin.

All about the star, the blood and the sword.

He immediately asked to see the sword.

When I showed him he gasped, as if he had seen a ghost.!

"I know this sword!" he gasped.

"What is the symbol on it?" I asked in haste.

He paused, a pause that felt like an eternity....

He then opened a hidden door and we entered...

It lead us to an old library full of very ancient books and scrolls. 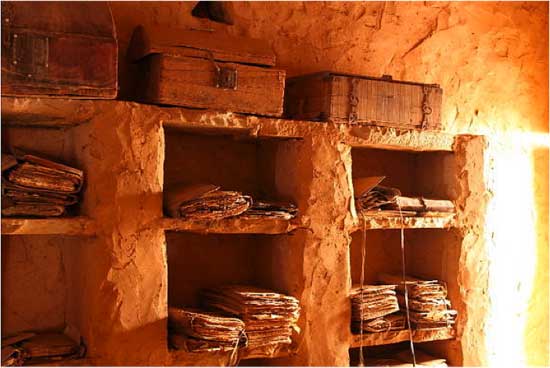 Source
From inside a loose fitting box on the top shelf he pulled an ancient scroll.

As he blew off the dust I recognized the inscription on it, it was 入伸, the same inscription I saw on the sword.

He opened it and showed me a drawing, barely visible. It was the very same sword!

If I looked closely I could barley see the same symbol inscribed in the hilt.

Masutāfeisubukku (マスターフェイスブック) began to read, "It says here that this is the sacred sword of inspiration. Created by master forger @enginewitty, AKA X4OL1N, very long ago...

That it was made for, and is wielded by, none other than Maikeru devu~iddo (マイケル・デヴィッド)."

" @enginewitty," I think to myself, "That is the same master forger that created the Jōki (蒸気) throwing star that Kusari (鎖) has wielded since childhood. This can be no coincidence."

Then he paused once more, a look of deep concern fell over him.

" @michaeldavid and I have been rivals for a very long time. We have known each other since childhood. We used to be friends until he betrayed me and left the village of Sōsharumedia (ソーシャルメディア). He is an evil and powerful master of very strange powers.", Masutāfeisubukku (マスターフェイスブック) explained...

"He now hides deep in the forests of Mt. Intānetto (インターネット). He must have found out that I was training Kusari (鎖) and killed her so the great power of Jōki (蒸気) would never be released into the world. You must take this sword and kill him Kozeni (小銭)! It is your destiny!"

"Here, this map of Mt. Intānetto (インターネット) will take you to him!" He shouted as he handed me a peculiar looking map. 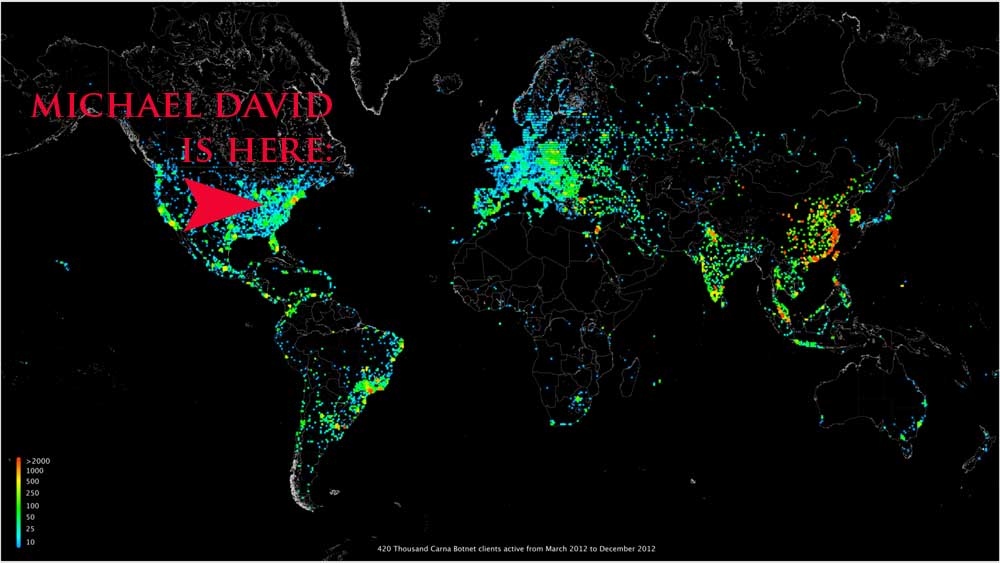 "Master, I will defeat this evil overlord and return here victorious! Using the techniques of Sukinahito (好きな人) and Kyōyū (共有) that you have so graciously taught me. I will avenge my Kusari (鎖), my love, and restore honor to Sukina Jiin (好きな寺院)!", I proclaimed.

" @michaeldavid will fall by his own sword!", I shouted as I hastily as I left on my journey to defeat and kill @michaeldavid, the evil overlord that had slain my love.

These are Japanese translations of names mentioned in the story.

These translations were taken from Google Translate and may not be 100% accurate.
They were taken from entering their English counterpart into translator.
#sneaky-ninja #thealliance #steem #steemitcomics
2 years ago in #story by sneaky-ninja (59)
$40.97
97 votes
Reply 41
Sort:
[-]
poeticsnake (70) 2 years ago

<3 <3 so much work and creative ways in just one part of a story! I am a fan and I am waiting for the next part!

Many thanks my slithery friend...

Have to say it @michaeldavid You really put some Deep thought in it.

Thanks a lot @arunava!

It did take a lot of time. The plot seems to grow as I write it also. Just thought of more interjections last night while writing this

I was born in Sōsharumedia (ソーシャルメディア)...

I am the sworn protector and defender of #thealliance The @OriginalWorks bot has determined this post by @sneaky-ninja to be original material and upvoted it!

Great info thanks for posting this

This post has received a 5.48 % upvote from @booster thanks to: @sneaky-ninja.

hahahaha! this is so cute.

Many thanks young maiden...

Great story! Wow and the pics are so good.
Upvoted and resteemed!

Hey @sneaky-ninja, my orders for karate chop didn't make it through. I tried contacting your master on discord but can't find him, tried steemit chat too with no success. The post already paid out so I just need a refund. Thanks

Are you in the alliance discord channel? I am in there everyday. (The Docta...)

He was having some issues that i have ironed out. find me on discord we will straighten it out

I am a female ninja 😂

Then we shall stand and fight!

but the female ninja must win hahaha

This story gets better and better! Can't wait to keep reading. You must defeat the evil @michaeldavid.

Man this is beautiful and so much fun! I really love the name given to @michaeldavid the murderer...Maikeru Devu~iddo
I have to catch up the 2 previous parts.

Many thanks. please learn my story so that we may fight with each other on the battlefield soon.

Yes for sure! But beware of this chef and his weapon!!!

I also paid the sneaky guy to no avail....I will try again today! Hope you guys are great!
Melissa

message my master in discord (The Docta) he will take care of you...

I do not get on discord too much, It is ok, I try not to sweat the small stuff. :) I mostly do the homestead slackers...I just do not have that much time. Now that my feet are healed, I am trying to limit myself to 2 or so hours daily on steemit project...I get so consumed if I do not. :)
Have a great one @enginewitty@michaeldavid
Melissa

hahaha you are so talented!