A Short Story - Why was the Word made flesh?

Reverend Griffins was highly regarded by the St. Andrew’s Church brethren. Teacher, they called him; an understatement of how well he delivered his sermons.

Here asking questions, there involving the congregation in so apt a manner, individuals felt directly spoken to.

Today was Christmas day. Predictably, all the church pews were occupied; an observation the Reverend quickly pointed out.

“Today we are many!” He said, throwing the congregation into laughter, “I wish everyday was Christmas!”

He waited out the laughter before taking the reading.

“And the Word was made flesh, and dwelt among us…,” he read, completing the verse off-head.

“But why didn’t Jesus just come to earth as God, in all his glory and grandeur?”

It was a rhetorical question, but the congregation knew Reverend Griffin would wait out until somebody responded. The silence was becoming embarrassing when a tiny hand shot up somewhere in the midst. 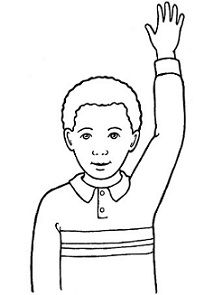 As the crowds locked eyes on him, 7 year old Jesse confidently approached the podium, his mind replaying a memory.

Out ploughing the field early morning with papa, he had saddened seeing the tractor knock down the flying white ants.

Intent to save, he had shouted loud, imploring them to fly away from the advancing danger but to naught.

“Why can’t they understand me and move away?” He complained,

“Because you are not their kind”, papa had told him, “to be heard, understood by them, you have to become like them.”

Jesse now made the relation. “If Jesus had come as a God, humans would not have understood him. Only by becoming human would he be understood by humans.”

In the deafening awe, only his little footsteps reverberated as he left the podium.

Read my other stories in the same category at:

And will you be kind enough to upvote me? To Resteem the post. To Follow me so you can get these kind of work in your feed. Rest assured, I am already honored.

What a truth revealing story this is.

Glad you found it so. Does the seven-year old's explanation wholly capture the reasons, why Jesus had to be born as man?

Or are there some other reasons, independent or additional you can think of? What are your thoughts?

Otherwise thanks for sharing in this story. I am honored, @steepup

And have you looked up another of a related moral Judgement Day https://steemit.com/story-300words/@ebitularmbert/a-short-story-judgement-day. I am sure you will love it.

Of a truth, the answer given by the boy is the best.
The word was made truth, so that they'll be no reason for humans to say that the conditions given by God to make heaven are unrealistic. Yeah, they may seem somewhat too hard, but Christ came in the flesh and withstood all this pains and did triumph over it. So, there's the reason why it was flesh, for humans to know that, if only they're willing, they could achieve anything. If the word wasn't flesh, humans would have used this to question God.

I agree. Jesus needed to be seen as having truly conquered 'the trials and temptations' that man was daily confronted with. To do this, he needed to be as man was. to live as man lived. Otherwise his victory over sin, would have held little significance, were it to have been done as a GOD. It would have been more like he had "cheated".

Overall, his human nature put him at par with man, so that in his victory, would man found the faith, and the strength to overcome sin. If Jesus could overcome sin, Who are we not to? He was after all a man.

This would be another very good story to tell children in a school and then allow the children to debate amongst themselves whether there are any other ways of looking at the question posed by the priest.

Thanks for your compliments @swissclive.

I can think of another reason, namely that Jesus's becoming man, and bearing of suffering was premised on making the important point that whatever trials and temptations came man's way, he had it within himself, the power, the strength to overcome all.

Jesus's victory was the proof. And its credibility required that he assumed the state of man, to confront the events of man.

You observe it all to well. Children should find this story educative. Other ways of looking at the Reverend's question make for a very interesting theme for discussion, in terms of effect and symbol

In this story, communication, the subject i have reflected on, is only one of those effects. And i am glad you recognize there are other ways in which the Reverends question could have been looked at, in addition to how Jesse did look at it.

I owe you many gratitudes for the sincere interest and effort to read not just this and my other stories, but all stories so far submitted.

Such a great illustration, there's no better way to explain why Jesus came to earth as human, this is a valid one, keep it up. Thank you for this kinda post, it builds up my spirit

The pleasure is mine, @ofishea. I am glad to know you credit the story.

A well-written story, @ebitularmbert, and a great illustration for the most monumental yet sublime event in the history of the world.

And you have received some wonderful comments to this story, too.

I've upvoted and resteemed this article as my daily post promotion for people whom I have previously curated.

Many thanks, @mitneb. Thanks for the kind words.

I can't be grateful enough to those who make this happen, who take time to actually read, and as i have kept saying again, and again, to share in the experience of my characters, in the theme.

It is this sort of discussions that make for a genuine steemit experience. And i am glad, very.

You're welcome, @ebitularmbert! You do a fantastic job making comments on lots of people's articles, I have noticed. It's a huge value to the person, and to the platform when you do that.
Cheers!
@mitneb

I seek for, and take the same pleasure when people comment on mine, sharing and encouraging, acknowledging...giving alternatives. What could i have done/said differently....

That for me, is a true community. And ours here - Steemit- is fast tracked to that end. I cannot be thankful enough to people like you who are all out here trying to make that happen.

Thanks again. You honor me much.

Wonderfully written and completely cohesive! The lesson is very clear and the build leading to it was perfect. Your story has terrific flow--the ending was at just the right spot!

I am glad the story appealed to you.