What Are The Positive Aspects of Steemit and Where Is It Heading?

What Are The Positive Aspects of Steemit and Where Is it Headed?

Hello my fellow Steemians, what is the current state of Steemit? I'll answer this from a social media perspective, blockchain perspective, cryptocurrency perspective, and money making perspective. I hope to provide great knowledge and my own opinion on those questions in my writing below, but I want your input as well!

Steemit is great in that it is imitating Reddit with the upvote features and the ranking of the comments essentially by comments or by SP. The good thing is we have around 1 million total users and 60,000 active daily users and growing. The bad thing is a lot of content is simply average or below average. Most average content gets upvoted using SBD and gets to the front of the trending page. Often there are many misspellings and the articles you could honestly find better elsewhere, such as medium.com.

The quality of comments generally is pretty poor as well. On big main stream threads you’ll see the typical comments like “Great post – follow me” or “Nice post man – upvoted.” These comments lack any sort of substance and make our community looks like trash.

I do my best to leave well written and thought out comments on others’ threads. I sometimes spend 5-10 minutes reading someone’s article in the entirety, and then taking 5 minutes to leave a long comment. I like to quote some of the passages that stand out to me the most, and I like to leave valuable positive and constructive input. As a result of my diligence, I earn about 5 SBD/SP a day for my efforts!

Below is an example of a comment in which I read the author's work diligently and wrote out a well-written comment, and was rewarded handsomely:

Steemit is one of the most fascinating blockchains. All content is transferred over the blockchain and all transactions are done over the blockchain. Never before in the history of social media has there been a decentralized source; providers like Snapchat, Youtube, Facebook, and Reddit are all internally controlled! This is the best social media because users have so much control. The free market is taking over – it is really beautiful. Steemit can process right now over 10,000 transactions a second compared to Bitcoin’s 7-20 transactions per second. It is predicted one day with the advancement of the SMT, that Steem will be able to process one million transactions per second.

In addition to Steemit being one of the fastest cryptocurrencies by number of transactions, it also has the most blockchain transactions (1.5MM a day)…period! Even more than Bitcoin or Ethereum which are both valued at over 90x Steem’s market cap! As far as how Steem fits into the general scope of other Cryptos, at around $3.50 and an $800 million market cap, it is extremely overvalued based on the fundamentals already described. You will see the value of Steem grow as the number of users grow on the platform, this is also known as the network effect. The network effect is a phenomenon where increased numbers of people or participants improves the value of a good or service. With only a million users and a market cap of $800 million, compared to Facebook’s daily average users of 2.2 billion and its market cap of $526 billion, it has a lot of room to grow. 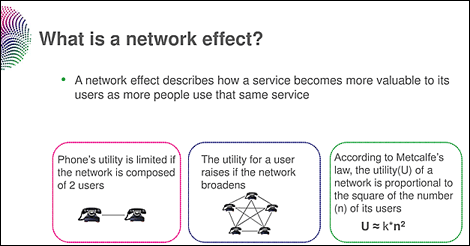 Consider this, if Steemit reaches even 5% of Facebook’s current market cap of $526 billion, that would equate to a $26.3 billion market cap for Steemit. To reach that you may say Steemit may need to reach 5% of 2.2 billion, which is about 111 million users. In a world full of 7 billion people that may not be that hard.

If Steemit really reached 5% of Facebook’s current market cap, each Steem token would be worth about $115. That seems crazy now, but if you do the math and the growth in users are there, it is definitely feasible. That is being conservative in my opinion, if Steemit gains heavy traction in the next 1-4 years, don’t be surprised with the astronomical surges in price.

Steemit is great of course for blogging and the community, but you get to generate capital gains and great cash flow. What I mean by cash flow is you can generate about 5-10% of your SP in a month and generate it into SBD that you can then transfer to fiat. I prefer to hold onto my SBD and convert them to SP and power up. In the short run you can make $500 a month off of Steemit, that is great and can help with some bills. But if you hold onto those earnings and reinvest it, your cash flow will grow faster. On top of that Steem could appreciate 10x or 20x so that $500 could be between $5,000 and $10,000.

I believe that you need to invest a little bit of SP to get started on Steemit. Only 1% of people on Steemit have more than 500 SP. So if you can manage to acquire that much at the current low market prices of $3.50, then it is a steal from a long term perspective! I think this platform will grow exponentially with other users coming on board, and the price should see a significant turn upwards as a result. 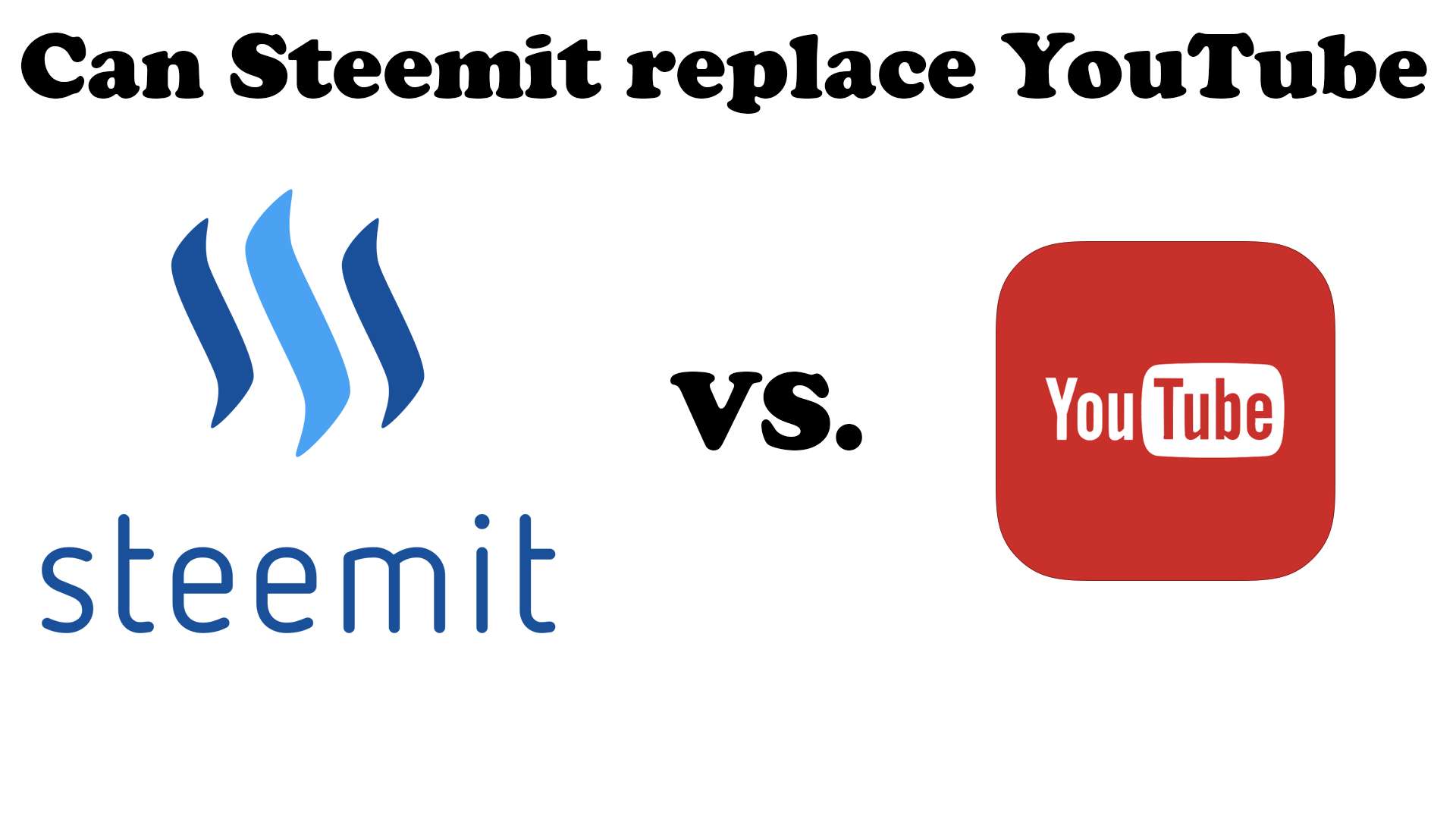 I really believe Steemit will be a great money making source for those who provide good blog and video content. You will see a gradual wave of people who come over from Youtube and Twitch that are tired of having their earnings significantly reduced by centralized forces.

Steemit is a great innovative blockchain service based on its many aspects: its unique first mover advantage in social media, its one of a kind and best in class blockchain technology, and its ability to provide average people who put hard work into content creation with monetary rewards. My predictions are not financial advice and you guys should invest up to your own discretion. I am particularly bullish on Steemit and have invested a good deal of personal funds in it. I think the future is bright for Steemit, and I take part as much as I can everyday in its continued success!

Please Visit Some of My Other Posts! :)

My 30 Day No Alcohol Challenge
Lets Talk About Sugar and How Bad It Is
How To Get Filthy Stinking Rich
How To Make Money and Be Successful On Steemit
Follow My Intense Back Workout
Travel With Me! San Francisco
Travel With Me! Miami Beach
My Five Top Dance and Workout Songs On My Gym Playlist
75 Days Out From Men's Physique Bodybuilding Competition

@jfitmisc all the things you have enlisted above are so true to believe.
Steemit has the potential to get into top 10 crypto's buy why isnt is because it is in its initial stage and there is les advertising of the thing that people need to know about...
I think this is the only thing keeping the steemit grow at lesser rate..otherwise the profit a person gets here is incredible....
You have written it beautifully....
Quality content

Thanks for the the thoughtful, well written comment @obaidb2 . I agree Steemit does have poor marketing, but it is improving. Ned Scott, Steemit's CEO, has been campaigning around the world and has made appearances in South Korea and will make an appearance at Consensus in New York next week. It has been on show cases on Bloomberg Asia. Just wait until CNBC's Fast Money talks about it!

I know that,Ned has been around the world promoting steemit..in my opinion steemit developers should work on developing app for steemit and the doing a little bit of promoting can change the future of steemit within months...
I am waiting for the SMT to initiate ,it is gonna revolutionise everything.

Couldn't agree more @jfitmisc!
That's why I always train myself in "Reading to Understand not Reading to Comment".
We have to read other posts comprehensively, then we can give our point of view about their writing with significant idea. Correct it if they're wrong. It's pretty sure that people will glad if someone pay attention on his/her writing by giving a feed back on it. Rather than just saying Hi, nice, amazing, etc. If I can say, build a relationship is the goal of this communication. In other case, if you haven't had the same idea with them. As It's almost impossible to have the same thought in thinking, that is ok at all. But remember to deliver our ideas in a polite words order.

This is a great platform. We have to use it properly. Don't make this social media full of unqualified contents with any trash comments and posts.
Even, I'm a new comer, I am a fast learner. We should consider the good and the bad.
Anyway, I always love to read your blog, whether about your gym activity or simply your brilliant idea in sharing something.
Waiting to see your D'tube account soon as you have promised before😇.

Great, yes the comment section is us for build relationships. I totally agree! You are growing fast. Yes, I'm in the works on rolling out my DTube account soon! Yes, I will follow you now. I appreciate you following me!

I think steemit is growing very fast and will continue it in the future...

From social media perspective, steemit need to be spread out more, many social media activists even dont know the name of steemit yet..

I personally think this platform is amazing and has the potential to stand strongly beside reddit or other blogging platforms..

It just needs the advertising to let people know about steemit...

Nice hearing from you! @christinaa. Yes, I think marketing is the key. We have the amazing product, we just need to market it more. And that is what Ned Scott, our CEO, is doing. I'm doing as much as I can by spreading it through word of mouth!

Steem has the potential to become big and change lives if it isn't already.

Hmmm Really Steemit is great in that it is imitating reddit .

Already good engagement with some 10K+ people.
Rewarding the content creator and consumer with steem dollars is a great idea.
You own the data. And better privacy and ads free.
Code is fully opensource.
Decentralised.

You will see a gradual wave of people who come over from Youtube and Twitch that are tired of having their earnings significantly reduced by centralized forces.
It seems a win win situation for Steem and Dtube.

Thank you for finding my quote sir. Yes Steem and DTube are positioned well, we are all early adopters.

Glad to be on this platform on a perfect time

that is gr8 information for us

Woow friend excellent your content, steemit has a great community and a lot of potential for the future. Good predictions greetings