Interview with Sterlin Lujan: Being an Anarchist, Cryptocurrency and Steemit 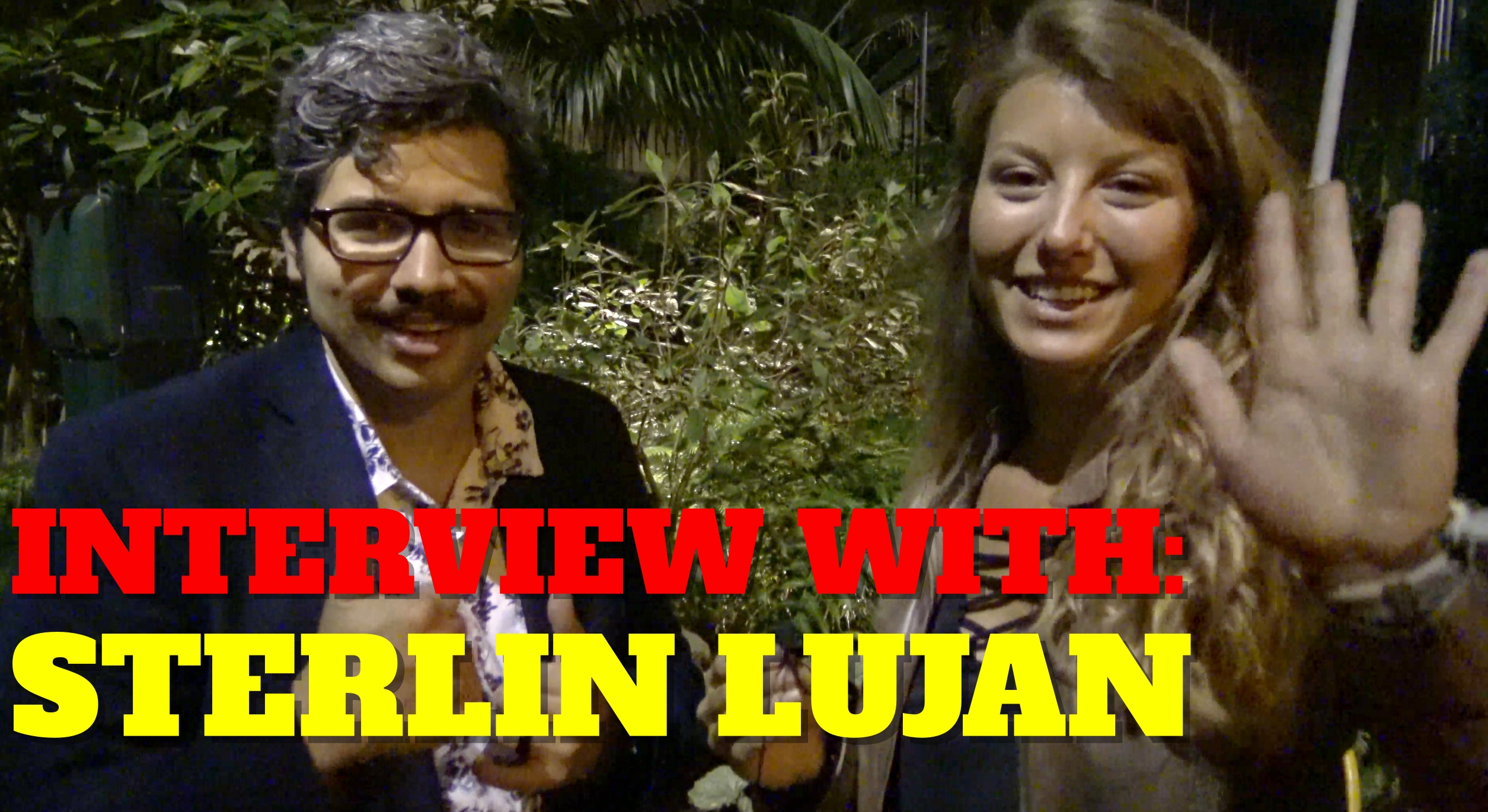 He works with bitcoin.com and is a well-known anarchist who is responsible for bringing many other anarchists to the steemit.com platform.

Learn how he came to be an anarchist, how he speaks with people who might not agree with his views, and what his first experience was like on steemit.com.

Sterlin is an amazing guy and truly carries the crypto and AnCap flags high.

It's always great to see these conversations between friends.

Amazing interview. Sterlin is the man!

Great people... see you out there one day .. Lasse

Haha..watched Stefan before he turned into a fascist..(NOT AN ARGUMENT!) love it :) I was kinda think the same lately although I think he has good arguments still. But yeah, Stefan is sort of turning into a cranky old cult leader.

Sterlins story on how we got into this whole thing is literally exactly like mine and probably so many others. It's funny how similar we think these days thanks to social media and information for everyone. We're just turning into clones of each other! I don't have such a cool stache though.

Long time fan of Stefan Molyneux but I agree that his work before the Trump era was way better. Not sure I'd call him a fascist though. He has some great content. Likewise for Peter Josef and his Culture in Decline series ;)

Yeah, I still love Molly. :) I like everyone who challenges norms and ideas. I even like Richard Spencer..why not? He's not violent. The only thing I don't tolerate is violence and force :)

Congratulations ! You have produced 1 kWh of solar energy.

@solarcoach is using @chrisaiki and other Steemians SP to produce a renewable electricity.
All @solarcoach Steem and SBD will be used to invest in solar energy power plants.
You can produce even more solar energy by upvoting this reply !
More explanations...
$0.09
1 vote
Reply
[-]
jenkinrocket (64) 4 years ago

I'm on my phone right now, but I'm definitely giving this a look when I'm back on my home wifi!

What are your views on anarchism?

Alright, I watched it. His tone was a bit sanctimonious for me, the sort of self-righteous and condescending note that I expect from folks who subscribe to ideologies wholesale. That being said, he was also clearly intelligent, and had a way cool accent. Heck, that guy sounds more southern than I do (and I've spent my whole life in Texas).

I really liked your question at the end about what he asks to get people to reconsider their perspective. I think that question in itself was the best part of the interview, Heidi. That being said, I definitely plan on checking out one or two of the more interesting sounding cryptocurrencies that he was talking about. haha , lets see if we get Molyneux on Steemit :D

He is on Steemit :) And its his legit account.

LOL! Changed into a fascist? No, no, no... he always was one and acting like he was not. That's not a belief you simply pick up along the path towards complete individual liberty. You had that belief the whole trip, and you just didn't get exposed for having it at first.

The profit we make along the path is not what's important. The objective is. I'd give up every dime I have and will ever make if it meant the world was more free after I physically die. My vision is maximizing individual liberty, so all efforts towards that ultimate goal are a good thing.

Monero is as anonymous and robust as ZenCash? That's news to me. I'll look into it further. The problem with crypto coins is that a better one may come along at any moment. It's hard to stay the "king" of liberty's top crypto for that reason.

Well said about consent and voluntary interaction. It's not that complicated. Is it voluntary? Everyone is a consenting adult? That's a beautiful thing, but a lot of people still struggle with the concepts.

Thanks for the quality interview, friends!

Why is he a fascist?

I know the definition changes from person to person, but I'm referring to people being collectivists and having beliefs that basically justify means for the ends. For example, people support rulers or governments for the "greater good" or because they are racists and want "those other people" kept under control. They are elitists and feel they are better than other people. He went full collectivist last I understood and started justifying all sorts of control "for the greater good." That's not consistent and counter to individual liberty. Either you support individual liberty, or you do not. I don't need a ruler, and I don't need control systems. No one does. If someone wants one, they need to leave me out of it. :)

This is awesome, I love the way he talks and his display of wealth of knowledge and massive experience in cryptocurrency. He is indeed a good communicationist. I am going to follow up his works as I begin my crypto journey.
Thanks for sharing this

So what is this toolbag's take on the entire bot atmosphere on steemit?

Hi Heidi, I have posted one of our nice Selfies here: https://steemit.com/steemfest2/@future24/selfies-with-and-photos-of-steemians-at-the-steemfest-in-lisbon-part-1

Nice interview @heiditravels, thanks for sharing and it was nice to meet you again in Lisbon!

Good stuff! Sterlin is one busy guy these days!

I feel like people say "Anarchy" like some edgy kid. They really don't know what that would mean for their happy little lives.

Well, it doesn't mean chaos if that's what you're suggesting. We don't need rulers. That's what it means. It means no rulers. It means governance without government and rules without rulers. The concept isn't difficult to understand either.

LOL. Yeah you look like you would fare well in that world. You people are disconnected with reality if you truly believe that would work without turning into Brazil on day 2

Yeah, the idea of leaving people alone and not trying to control them is such a horrible concept, huh? All those other people are not as good as you, so you think it's okay to have them controlled. I get it. You're afraid and a control freak. Look at any large public gathering like a parade, a circus, etc. All those people are together, being peaceful, and interacting voluntarily.

Government doesn't make that possible. Private services do instead. Government doesn't make for a peaceful world. People providing other people their needs does instead. Brazil has a system that prevents regular people from defending themselves with deadly weapons. The last I knew in that place, you had to be a cop or a criminal to have a gun. That never works in favor of peace.

Worse, you're showing your ignorance regarding anarchism. It isn't the lawless, black hoodie, private property destroying image the MSM has programmed you to believe it is. No, it is governance without government and rules without rulers. That is possible and is the norm. People do not need to be ruled to be orderly. Most people are not predators.

Create a system however, and the predators will take it over and abuse it.

Although I surprisingly agree with some of your points. I still feel you vastly over estimate peoples ability to "govern without government" as you say.

I just know those old awful christian neighborhoods, where it was safe to go out anytime and people were genuinley repectful and cared for one another had to go!

Super glad we have some smart folks like you to usher in this new age.

I watch this video
Nice 👍

Sterlin is always been a fantastic guy, always having pleasure to watch this guy. I think the best part of the interview was few question that you asked, specially what he asks to get people to reconsider their perspective. that was really good one

great postmr @heiditravels
I think this post will benefit you
https://steemit.com/bitcoin/@laciri/to-investors-in-the-currency-market-here-are-some-tips-that-may-avoid-you-big-loss-and-give-you-a-lot-of-profit

I love such introductive posts and informative

I don't know if many people disagree, I can't speak for "many people"

Maybe it is not a popular view now though, but that doesn't mean it that it can't be the popular view (or principled stance, as I like to call it) of the future, once more people have come into contact with voluntaryism and given it some thought.

I totally agree with his view that all human interactions should be consensual and voluntary, when a few years back I would not have had that view, mostly because I didn't even know of the existence of such a view.

Great interview! Very much up my alley.. now following Sterlin as well :)

Thank you for video

@heiditravels Awesome post, wonderful interview, fabulous and smart questions, very interesting the information on it, I am your follower @heiditravels you look very pretty and beautiful in this interview

Great interview Heidi , you should do that all the time ;)

I think he is now billionaire. Good luck and have some fun.

Thanks for sharing!
@avellana

Such a great exchange. WOW.

Seems to be interesting.will watch later since I'm on my phone right now.😊

He certainly wins the prize in the best dressed anarchist category.