You should know this before you use a Bid Bot. Do you like or do you hate these little bastards, the black sheep of steemit.com?

I wrote two posts on Bid Bots a few weeks ago and I planned to continue the series. You can read the first here and the second here.

Meanwhile, a lot of changes happened and I wanted to wait for the outcome. For this reason, I decided that I try to give you a very brief overview of the current occurrings. I will share my opinion at the very beginning: the road to hell is paved with good intentions... 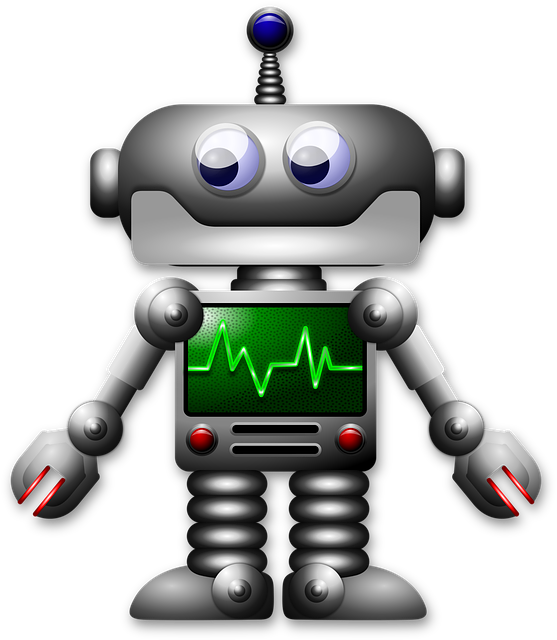 Who the fuck is ROI?

Q: What the hell is minimum ROI?

A: ROI stands for Return On Investment. It indicates the relation between the upvote value of the Bot and the bids sent. If a Bid Bot has a minimum ROI that means that it prevents significant overbid and losses. If the minimum ROI is less than zero (in case of almost all the bots) there is a chance that the received upvote will be less than your bid was. The higher is the minimum ROI the less is your risk.

Q: Who will benefit from negative ROI cap?

A: Who sends the bid. But frankly, minus 40% ROI is not that lucrative - only for a bot owner.

Q: What is maximum ROI?

A: That sucks. A maximum ROI means that it does not matter how many bids were sent to the Bot you will not get a bigger upvote for your bid than the cap allows. 10% cap means that if you send 1 SBD you will get an upvote maximum in a value of 1.1 SBD.

Q: What the fuck? Lots of upvote value will be lost! Why was it introduced?

A: It was introduced because of jerks who created bullshit content and bought upvotes and gained profit. By a great timing, they got on trending page, which is the 'holy cow' of steemit.com. By the way, I don't mind the last, it's still full of shit and I hardly visit it. The expectation was to prevent raping the reward pool by shitty posts and using the Bid Bots only for being detected.

P.S.: There was a side effect and not an ulterior motive, I hope at least. The majority of the Bid Bots always vote when their voting power reaches 100%. After voting, it takes 2.4 hours. If a Bid Bot works with an ROI cap, it will not use its 100% of voting power in a voting period. That means that the voting period will shorten and the bot doesn't have to wait for 2.4 hours. Outcome: instead of 10 voting periods a day the bot can have 12-16 a day. It is a good question, who will benefit from it...

Q: What is a maximum age limit?

A: It's an old story, @grumpycat was who went on a crusade for this. There was a bunch of dickheads who bought upvotes for their expiring posts in the very last moment. The aim was clear, an imminent profit without risk. Bid Bots are considered to promote your posts, so the majority of them agreed that the maximum age of a post to promote should be 3.5 days.

Q: Why is then a minimum age limit? I wrote a nice post, I want to promote it immediately.

P.S.: But it has again a side effect and not an ulterior motive, I hope at least. Because of this 'minimum age' rule, the bot will get curation reward (profit) from your post besides your precious and valuable SBD/Steem you sent as a bid. And it is not for your benefits.

Q: That's disappointing. Is it still worth using a Bid Bots?

P.S.: If you are interested in profit a Bid Bot with 10% ROI cap and 20 minutes minimum age will never your best friend.

This post reflects my own experiences exclusively. I'm not a bot owner. I don't take any responsibility for your loss by using upvote services. It is your money, your decision. My suggestion is to use Upvote Bots for promoting your post to make it visible to the community or expressing your gratitude for a good post of another author. I also would like to draw your attention that there are communities on steemit.com who reject the Upvote Bots completely and started a crusade against them by flagging posts promoted by bots. You can get in their crosslines easily if you use the services on your posts especially in the last minutes.

Should you have remarks or opinion on the topic, please leave a comment!

If you find this post useful, please upvote and resteem it!

are you sure you arent missing something or that your calculations are correct? because according to this post is should have made 0.005 in profit not .064

for example I will upvote this comment wit a bot that fits your criteria.

You got a 44.61% Upvote and Resteem from @estream.studios, as well as upvotes from our curation trail followers!

For a total calculated bidbot upvote value of $59 STU, $104 USD before curation, with approx. $15 USD curation being earned by the bidbots.

This information is being presented in the interest of transparency on our platform @gabeboy and is by no means a judgement of your work.

I bought an upvote for you because you're damn right! :-)

"Appreciative to see @transparencybot in the comments there after 😂👌✨. But more importantly, Great Work on the Article"👍⭐✨

I think is profiting, though not on SBD but it helps you grow your steem power especially when you bid 10sbd/steem and above.

My opinion from the one i have used, i haven't understood everything perfectly well sha

Yes, you're right. But if a bot uses the 20 minutes age limit together with the 10% maximum ROI cap it is not possible to make a 'profitable' bid!

Congratulations! This post has been upvoted from the communal account, @minnowsupport, by Gabeboy from the Minnow Support Project. It's a witness project run by aggroed, ausbitbank, teamsteem, theprophet0, someguy123, neoxian, followbtcnews, and netuoso. The goal is to help Steemit grow by supporting Minnows. Please find us at the Peace, Abundance, and Liberty Network (PALnet) Discord Channel. It's a completely public and open space to all members of the Steemit community who voluntarily choose to be there.

I read slowly, and try to understand it.
you write based on accurate data, I really like it.

whether I can translate into Indonesian, for a post, to be read by our community.
Thank you very much.

You may translate it but please make it clear that your post is a translation with my approval and insert a link to my original post.

Okay, thank you very much.