Guess what? It's time for another round of #steemit-webcomics Funny comic strip contest!! Make funny comics to earn SBD!!! This contest is targeted for artist and non artist. As long as you can make a comic (even stick figures are valid), you can enter this contest. The idea is to get some hilarious entries, have fun, support the community and earn some SBD while at it. This Week's Theme is: Epic Battles!

Make a funny comic featuring an epic battle. Epic battles are not just punches and kicks... most of the times they are, but you can also have an epic chess battle or an epic rap battle. Do you think you can make an epic battle funny? Click on the images to go check their posts.

I will be sending you your reward shortly :D, Congratulations!!

Shout out to all Participants

Amazing work all of you, it was a challenging time to come up with the winners. However I still want to thank everyone who tried their best and give them a big shout for trying the contest:

Keep up the good work! I hope to see more entries for this weeks contest!

For this 28th round of funny comic strip contest I will be judging the comics.

Winners will be chosed based in these two factors in the following order:

Where the fun factor is the most important thing. This encourages people to participate even if they are not great artists.

Again, the goal of this contest is to promote both artists and non artists to make a comic strip and give us some laughter to our day. 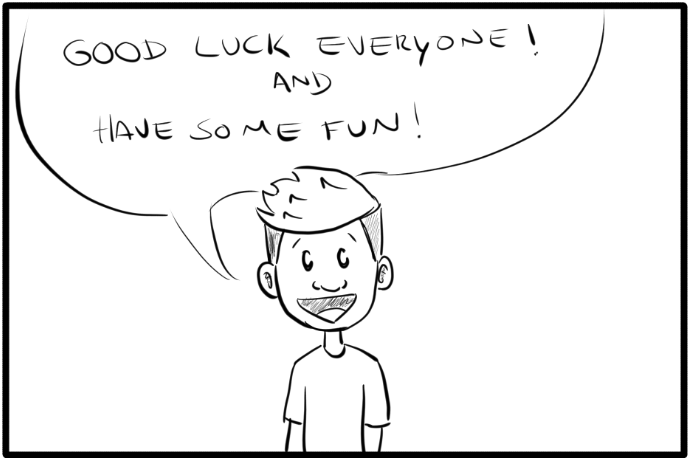 That's it everybody. Let me know if you have any suggestions or comments regarding this contest. I really hope this one can take off and become something trendy :D!

Remember, I'm running a Discord server and also a Facebook group with @jonathan-greer, in case you want to join and we can talk about webcomics and even collaborate to make ones.

If you also like to make webcomics or comic strips, you can use the tag #steemit-webcomics

Thanks again to @tcpolymath for contributing to this contest. Because of him we can now have better prizes every week :D your entry is valid, thanks for participating


The Perfect Body, My Epic battle Thanks for participating, your entry is valid

Hello!
Here is my entry Thanks for participating, your entry is valid thanks for participating, your entry is valid

Thank you dearly @cobmaximus for the 3rd place win, and congratulations to the other winners. Thank you also @tcpolymath for your kind contributions to this wonderful contest, it’s very much appreciated ❣️