What is the correct way to refer to this platform and community? I used to say "steemit" and I've made a number of promo videos saying "steemit", but is it really the right way?

Obviously, steemit.com is the most important and widely-used interface for the Steem blockchain, but it's certainly not the only one. There are all kinds of options like busy.org (that I'm currently using), the eSteem app, ChainBB, mspsteem.com and more. There are even niche related options like DTube, DMania, Steepshot, bescouted.com which is an interface for photography or the site that is being launched for #promo-steem. Steemit.com is obviously not the only way to interact with the content stored on the Steem blockchain and I think it's actually reductive to call all of that simply steemit.

I recently ran a contest and I'm currently running a new one and for both ones, I asked people to link me to their entry posts in the comment section. Sure, most of the URLs I saw were from steemit.com, but there were some that weren't. So not everything you read "on here" was actually written using the same interface as the one you are using to read it. And that's not unimportant.

This is why I think we should stop referring to this community as Steemit, but start calling it what it actually is - The Steem Blockchain. When you say that you are going to register an account on steemit or that you are going to post on steemit, you are technically incorrect. Neither your account, nor your posts are actually stored on steemit.com - they are stored on the Steem blockchain. Steemit might be the most popular interface by far, but it's still an interface and not the actual thing. That's why I've tired phasing out calling this awesome community steemit and I'm making an effort to start referring to it in other more inclusive ways with the best one in my optinon being the Steem blockchain or at least the Steem community.

And this is something that we might want to reflect in our efforts to promote this awesome thing we are part of. I know it might be sometimes hard to convey all the details and just referring to the most popular website that gives the easiest access to an account as the whole thing might have some utility, but that way we might be underselling what this is. The fact that it's a blockchain-powered social network / blogging platform that can be accessed from a multitude of interfaces and applications is part of the beauty and power of it. It's one of its most crucial selling points.

That's why I hope that Steem promoters are going to start using the name of a single interface less and start talking about the decentralized blockchain that powers it alongside many others more.

Does this make sense to you? Let me know in the comments below.

I always just say Steem rolls off better than steemit

How about joining the ‘teem’?

That is indeed a good option - simple and effective. But then it might be confused with the currency. But it makes a lot of sense, I agree! Thank you for stopping by and pointing it out. :)

I've been using Steemit mostly out of ignorance to what else there might be, but in reading about and stumbling upon what is connected to the Steem blockchain, I think what you're saying is spot on. I like the term Steem community better than blockchain, just because I don't think the majority of people who might come aboard from here on out really know what a blockchain is.

Community describes what I think most of us would like to continue to develop here. I mean, I guess we're voting on this, right? :)

Haha, we're deciding in the decentralized way - not even voting. We are just propagating the usage we feel is best in practice and hope it wins out the majority in the future. That's why I wanted to put this idea out there, that steemit is not the best thing to say. :)

I have been calling it Steemitopia, assuming that all Steemians are honest hardwork people contributing to it in a positive way :)

I like the -topia thing but you are still basing it on Steemit or at least it sounds like it. Could I suggest a slight alteration to Steemtopia?

A little bit of ambiguity makes life interesting :) But for the sake of avoiding unnecessary legal actions I think Steemtopia works for me.

I know it is a huge assumption, but generally where I have been able to test the assumption it has not been a big disappointment most of the time - and there is no such thing as a utopia anyway :D

Steemtopia, I like it. "...many are schooled but few are educated".

Thanks. Luckily you can be educated anywhere, but if you want to be schooled then there is only the education system for that :D

Because of their language background, some people (Chinese and Japanese, for example) would have trouble pronouncing -MT-. STEE-mi-TO-pi-a (or some variant) would be easier to pronounce and remember.

I wonder how they have been translating the concept of Steemtopia and Steemians in the CN posts?

These terms are still too new to have commonly-accepted translations. I suspect that most #cn steemians are English-savvy, so they don't need to have everything translated:

I would have to agree that Steemit doesn't quite cut it. Steem does sound better yet it is not all-inclusive. Perhaps SBC?

That's a good idea actually but it will require explanation to the people who haven't heard of it. For now I'm sticking with "the steem blockchain" and if it catches on, your suggestion would be the most logical next step.

HeHe! I would not beg to differ! Steem Block chain is more acurate than the other terms.

From my own speciality I was digging on the psychological meaning as well. As "steem" is included in the term "self-esteem" and the effects of blogging are to gain more of it, because being seen and voted and reacted on for ones content can lead to gain more self-esteem. Of course that is not guaranteed and depends on how my mind is constructed.

I sometimes also called it "the matrix" - referring to the movie. But as this term is now occupied, I guess it doesn't fit. What do you think?

The very fact that the blockchain cannot be changed once the time window passend, is though kind of frightening. But what it does to me is to be more careful in my articles in which way I expose myself. I am chained to what I have said in the past.

So to use "block" and "chain" shows more of the function as only using "steemit" which actually doesn't reveal much. Maybe even some people do not know that their publishings are chained to the block.

I think the self-esteem connection is an interesting one and the people that created the eSteem app surely noticed that, but I don't think the creators had that in mind (though I really don't know). I think they just wanted Steam misspelled in a cool way and that was what they were thinking about.

The matrix is a fun idea, but I wouldn't say it's too descriptive about what this really is.

And there are certainly many people who have no clue about the permanence of the blockchain.

Thats a very interesting observation. Self esteem...seeking validation for the self, valuing oneself. Comes from both an outer manifestation as well as an inner value of one's unique gifts. All part and parcel of the steemit journey for sure and for me, they reflect both the importance of each individual in the block chain as well as the platform it represents. i doubt that this can be used as a community name but overall both you and @rocking-dave make significant points in the discussion.

Thanks, I thought it is very obvious but interesting how people perceive things differently, no?

Since @rocking-dave s article I stopped using only "steemit" but add also block chain to my naming. Sounds and feel more coherent.

Seeking validation it sure is :)

Perception...yes, you're right, is a fascinating subject which I plan to write a post about soon... 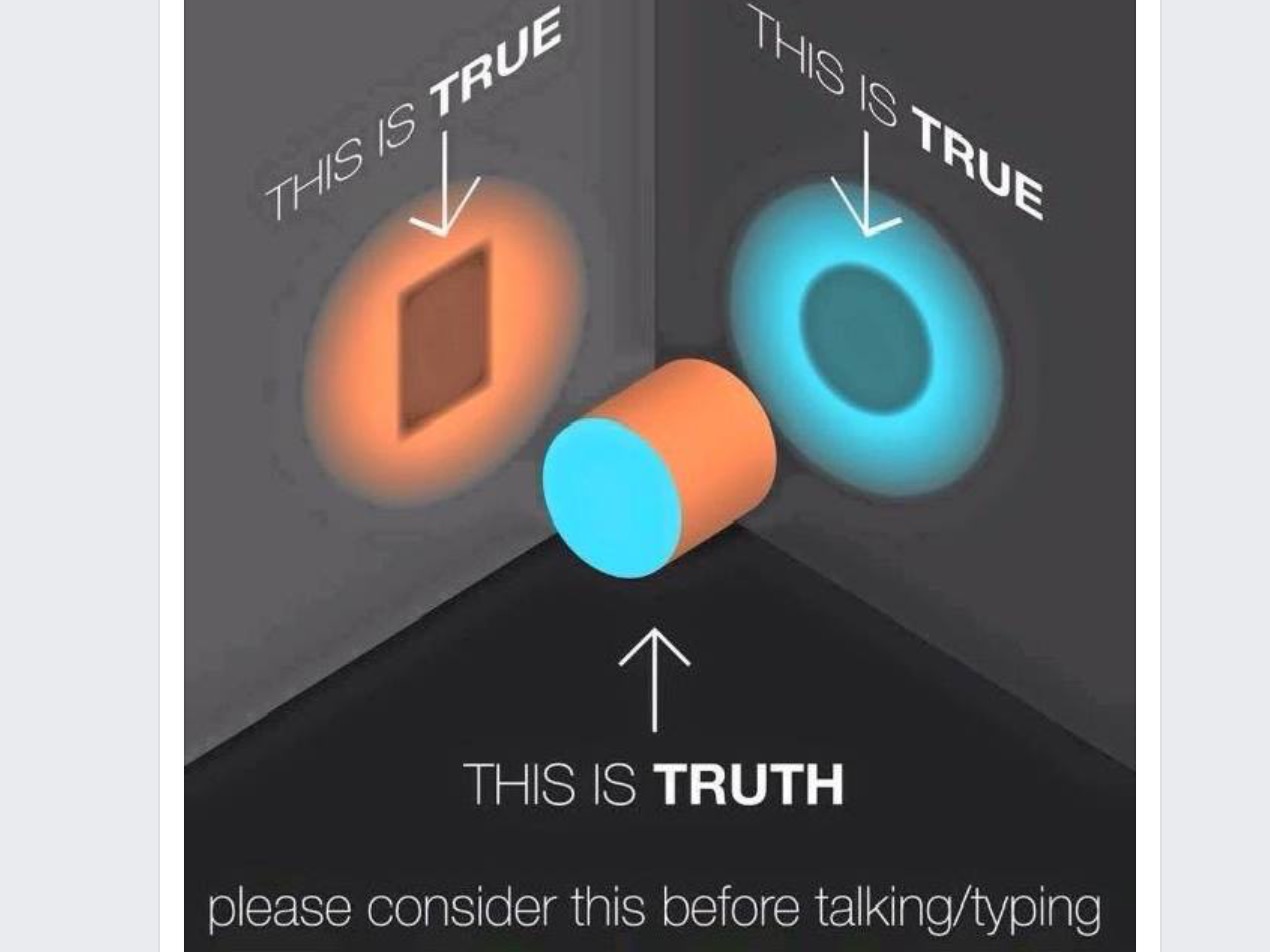 Love the Alan Watts quote you use in your description...what a guy!

Hope we can keep in touch, so to speak, on here as I am sure this issue of Block Chain Steeming and naming will no dount need resolution soon.

Excellent! I like the visualization a lot!! That is what I am often looking for to illustrate the writing! Where did you get it from?

All the best for you, too:)
Erika

Happy to share...I used it to illustrate a (dare I mention it?) facebook post from the mind sciences group I belong to, the meme was created by a friend. I will be using it in my upcoming perception article on here. ⭐️

I agree that to call it Steemit does not capture all the different niche and applications that we currently have.

I have always used Steem Community because it is all encompassing of all the apps, platforms and medium being used in the Steem Block chain.

If it refers to the people, community is better than blockchain for sure. But when you are talking about the network or thing itself, that's when we need to call it a blockchain instead of using a single website. But that's something I omitted in my post, so it's good that people are pointing it out in the comments! :)

Lots of terms to get used to here. I was never fond of referring to people that use Steemit as Steemians...We have to make some of these names cooler.

I personally like Steemian as it entails something like citizenship. But I've seen that some people prefer Steemer. Does that sound cooler to your ears?

I think the whole confusion started with the founders why didn't they use two complete different names for the Blockchain and for there first social Media project. Now you have Steem-Blockchain and Steemit.com and yes many people are not so picky about the exact meaning of the two words. I guess it will stay like that as long the other sites like busy, dmania and dtube will become more popular.

Well, I think they used different enough names and separate websites - steem.io and steemit.com. I don't think it's a problem for interfaces to include steem in their names - they are steem interfaces after all.

I agree, the more popular other options become, the more people will become cognicent of the fact that any single website is not synonymous with the underlying blockchain that powers it and that stores all the content.

It's a pleasure and an honor to hear that! :)

As the world's most notorious supervillain, I just call everyone minions...

Great idea... was explaining tonight to someone the "steemit.com" and got them to sign up.

It felt odd...saying "steemit.com" i do agree that The Steemit Community sounds much much better.

Steemit, Steem on and Steemians