Should I Sell or Should I Hold?

What should we do with the Steem we own when the cryptocurrency market is still going further down? Would you read this post because I will try to explain what my position is about Steem and cryptocurrency in general? 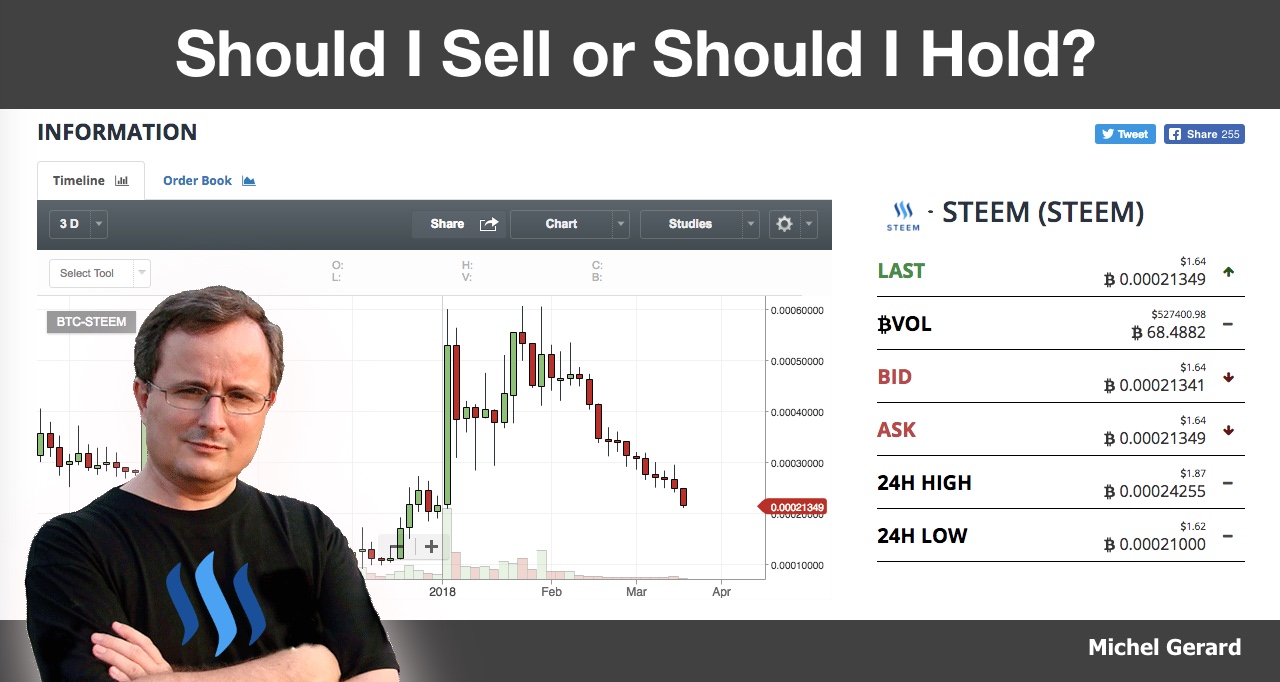 Should I Sell or Should I Hold?

The problem is that it's rarely a good time when these ups and downs happen. When it was at $4 I had some money to buy more Steem, and at what it is now, I haven't that money anymore, because I put it in somewhere else, which is a Kuvings Cold Press Juicer and my daughter's school fee for the first term of next year in May.

Isn't that a bit upsetting to be on the wrong end of things?

You might feel the same, we all have bills to pay.

I also received some 600 STEEM in several transactions, which I wanted to exchange in Fiat, but they already had lost in value from when they were sent few hours later. I waited a bit to see if it was going to get back at least to the USD value I was supposed to have with them, but it never did.

Should I sell them now that I will get half the money it was worth?

I am patiently waiting for the market to recover and I am considering powering them up so I can have good use of them in Steem. I'll have to find some other ways to pay my bills this month!

I also have other cryptocurrencies I hold and that the same thing, everything is down, even thought I am still in profit.

Should I sell my other cryptos?

In fact, I am very calm about this situation because I know it will recover again, and I also don't have a million in crypto.

What about the Stock Market?

They just had 2 terrible months and about to recover.

Unfortunately, I believe it will go further down for a while before Steem rebounds and starts gaining in value again.

Fortunately, this doesn't have to do with the Steem blockchain and technology, but the drop is caused, like all other cryptocurrencies to the drop of Bitcoin.

There have been many negative news lately like Facebook and Google banning cryptocurrency ads, the US government imposing more regulations for trading cryptocurrencies, exchanges being investigated in Korea and so on.

If you go to Coinmarketcap.com you will see that all currencies are in the red, not only Steem. 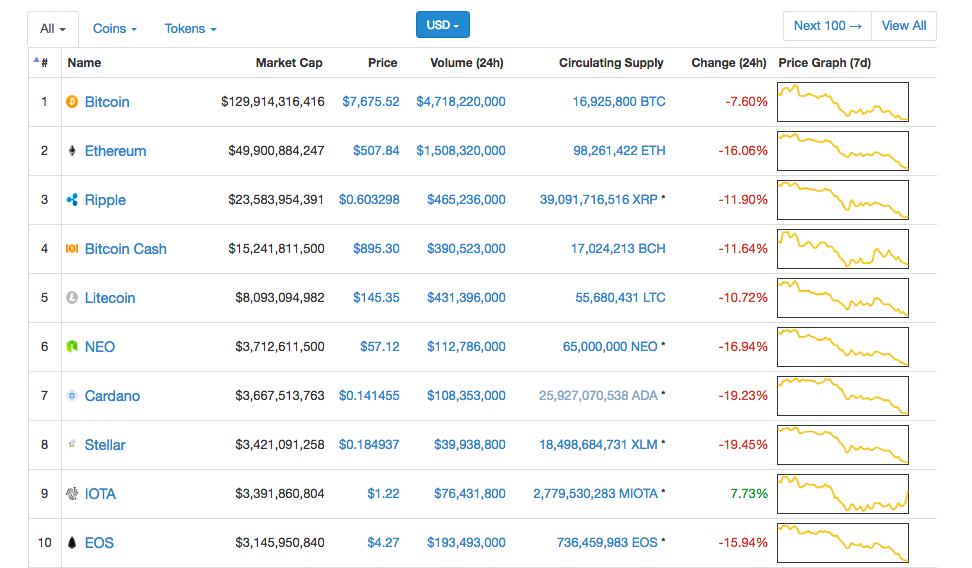 This is the chart for STEEM/BTC and since January 25 it has been in a downtrend. The highlighted area in the background is for Bitcoin and you see that it has been going down too.

All this is because people are reacting to news and selling their coins in a panic as they do not want to lose more, but their lack of patience is making them lose even more.

The best way to lose with Steem right now is to sell the Steem you have, and, in my opinion, holding is the best solution because we want to invest long-term in STEEM not speculate short-term with STEEM.

When is it going to go up again?

But what's going down has to go up because you still need buyers to buy what you sell.

Should I power down and sell everything now?

I am confident that holding Steem Power long-term is the right thing to do.

Steem is in a unique position where it is quite easy to see tangible utility and adoption due to the Steemit platform. A lot of cryptocurrencies can only use trading volume as their measuring stick for adoption and utility. The problem with this is that you are unable to separate speculators/short term traders from true adopters. Steemit on the other hand being a content platform allows for easy analysis of Steem as it can be analysed on the basis of platform growth.

If you believe Steemit will continue to grow, then you can assume the value of Steem will also grow.

Well said, let's hope this proves to be true.

@rhyscn, thank you for your meaningful comment and I agree with what you say.

Really great post Michel and you're absolutely doing the right thing by holding for better times.

You'll be glad when the timing is finally right for you.

Thank you for commenting @imran-aslam.

One thing people always say that never invest in cryptos that you can't afford to lose. I think it is a long term investment.

The thing is, you don't lose unless you sell now. Yes, I agree with you. Holding is the best option.

Yes, this phrase is also valid for the stock market, investing in a company or even buying a car, which certainly you end up losing... Thank you for commenting .

There is a proverb that says:
"patience is a tree whose roots are bitter,
and whose fruits are sweet ".
So wait quietly for the storm to pass!

That's a good one @archeothot, I surely prefer the fruits.

Dear Michel i am agree with you keep patiently strategy is good in the falling marketing condition because market will raise up.we all have to patient.....

Thank you @tanveerali for your comment and being patient.

Yeah! I also had the same thoughts, "should I sell it? Should I wait?" But then the answer came... From you and from friends who've been with blockchains for a long time.. and I guess I'm keeping it for now😁

Thank you @schrodingers-cat for your feedback and STEEM is already raising a bit as I'm writing this.

100% agree. Im not just holding, im buying more since i know the big institutions are going to come flooding in. Im focusing on intrinsic value first and foremost. Many good ones are on fire sale. Accumulating large volumes of coin and therefore leverage. I think july to september the market will really gear up.

Great post, I am already entertaining fears, the way everything is in bloodbath, I was just waiting to hear such encouraging words as your post. .. I go for the holding option. Thanks

I am glad that my post is useful for you @princluv. Thank you for commenting.

Thanks a lot for this motivation, Michael. It was more than helpful.

I am glad it is @funmiakinpelu.

I think hodling steem is a good thing to do for one who intend to wait for a long period of time and also because of what the steem blockchain has to offer when compared to other social network .Now is also he next best time to buy more if one has spare money. Great post sir @gmichelbkk

bitcoin is most important our steemit daily life.

Thank you for commenting @mabiaafrin.

Thanks @gmichelbkk for this brief market analysis, encouragement and advice. This was one great post

For future viewers: price of bitcoin at the moment of posting is 7750.40USD

Thank you for giving use the price of Bitcoin as it is just now.

We have bills to pay but powering down is not the answer. You are right with this. I may not have the steem power you have but still clinging to this.

The best way to lose with Steem right now is to sell the Steem you have.

Thank you for your comment @ardapyan. Powering down is not the answer and 3 days after writing this post Steem is already showing signs of recovery.