Continuing on from my earlier post https://steemit.com/bitcoin/@c0ff33a/bitcoin-mining-is-dead-long-live-bitcoin-mining where I discussed how the difficulty setting for Bitcoin was now so high the electricity cost of running the miners exceeded the rewards. It did occur to me then, and certainly now most of the people saying it were doing so when Bitcoin value was far lower then the current record highs of around $7000 per single bitcoin!

The ASIC miners are excellent little electric heaters, and if you need heating for areas (and in the UK we always need heating summer or winter) are an ideal way to keep the cold and damp out. So I continued my slightly deranged journey of hunting down the best value auctions of asic mining machines to increase my hash rate for the lowest cost possible. 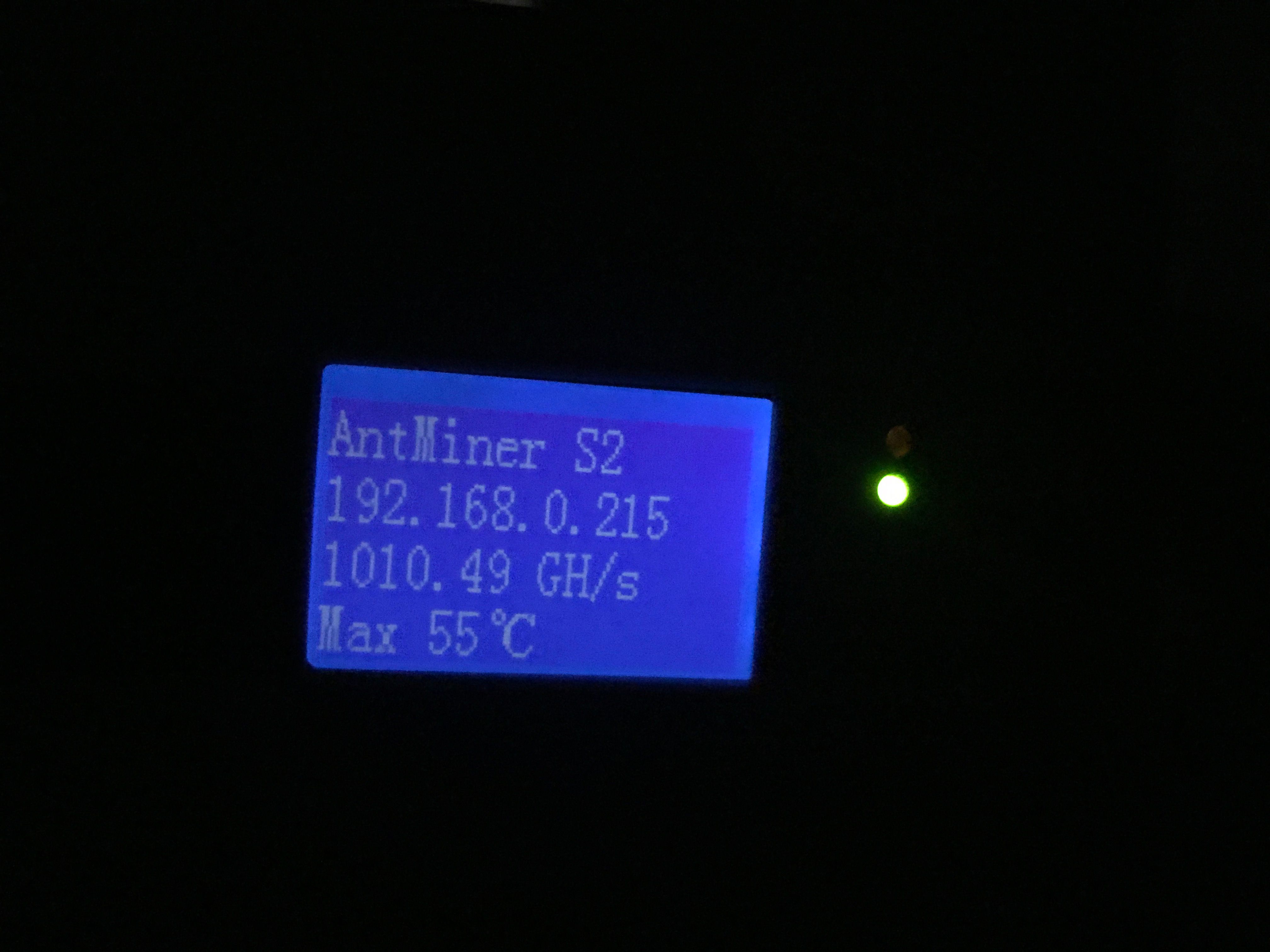 This Antminer S2 became a desirable candidate because it is encased in what looks like a outsize PC tower case - my theory was this would be ideal for keeping the packing and dispatch area warm and thus possibly reduce the use of electric oil filled heaters. It was a good plan, but I hadn’t accounted for one factor - this 1TH/S miner with built in 1000watt power supply has 10 hashing boards inside, cooled but two outsize 200mm fans and the front, two more at the back using a push - pull air flow scenario and an additional 50mm fan for the control board cooling. The end result is something that sounds like a Harrier Jump Jet during vertical take off (google it) - so the plan of keeping it near anyone got scrapped. I did however find a new solution, being a very old building my warehouse has some oddities from it’s previous lifetimes - including a chute from the upper floor to the lower ones which would have been used for transferring completed garments from upstairs manufacture to downstairs for packing and dispatch. We don’t use the upstairs, and as it isn’t heated boarded off the chute to keep the cold out of downstairs. Positioning the S2 at the top of the chute, with the outward fans blowing hot air down it was an ideal solution - finish off with the boards and some gap filling and it keeps cool by sucking in the cold unheated upstairs air and blows warm air down the chute into the areas we use below. You can still hear it downstairs - but you have to listen for it. 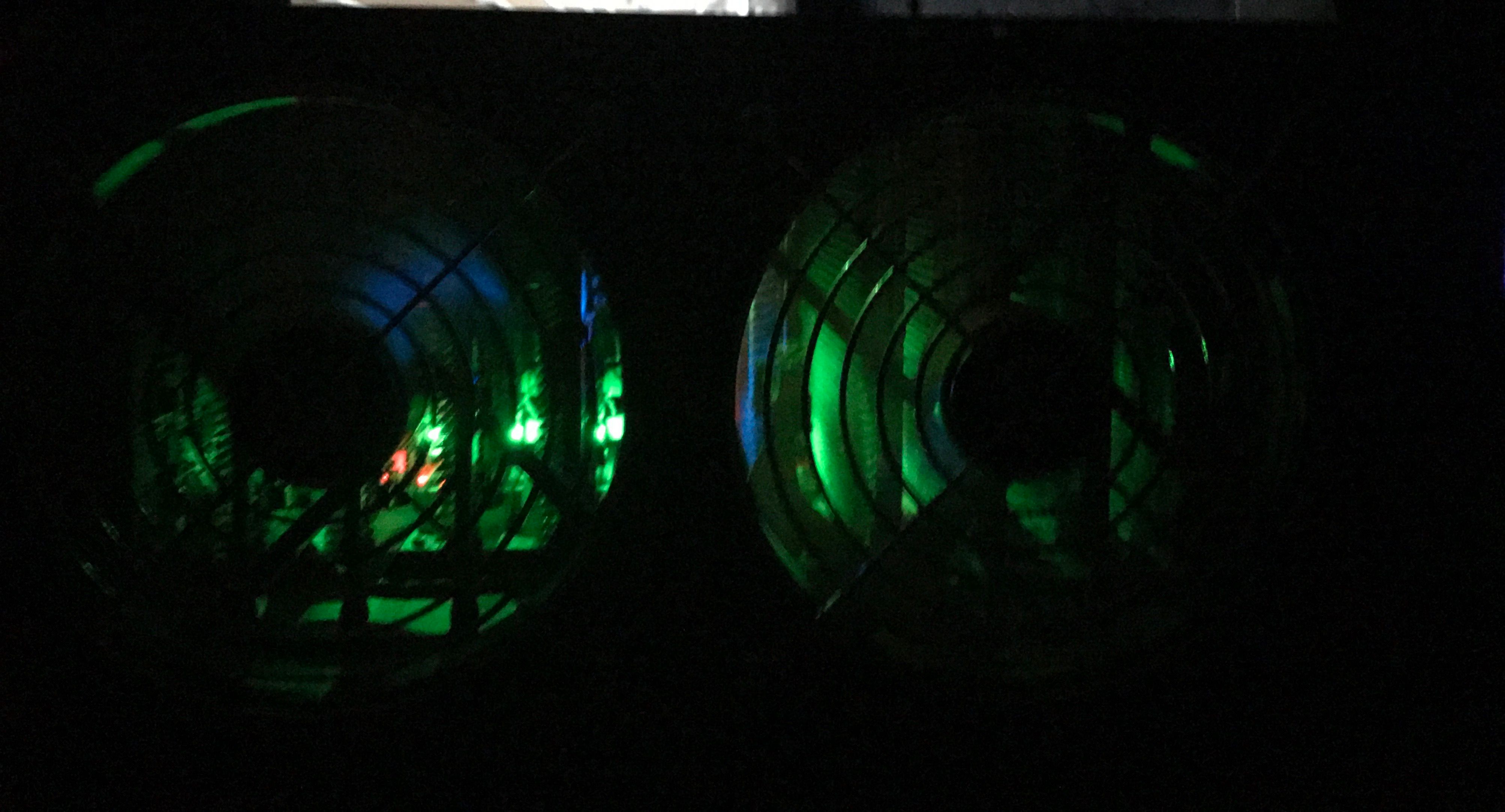 I then added to my collection with an S5 unit, capable of 1.1 TH/S this has the more traditional miner form - but makes use of a very high volume fan to accelerate cooling. Another noisy beast then, although when used in an already very cool area the fan can be kept at half speed and it still remains very cool while hashing.

One of the miner suppliers suggested a new pool to me, his much bigger capacity units were giving him a good return from it. After 5 days on that pool I got a notification that I had received Bitcoin to my wallet - quite an exciting mount. Not such an exciting amount - tiny fraction of Bitcoin 0.00104785 BTC but my wallet said just under £5 GBP - not bad I thought. My next plan was to transfer this to STEEM and use it to help boost my posts, yet again a good plan got scupperd. This time the transfer fee hit me, to move that tiny fraction of Bitcoin to Steem was going to cost £2.64 - more then half the total!. So I gave up on that idea. After a day of puzzling I came across the rather obvious solution of just creating a blocktrades address to send bitcoin to my Steem account - giving the mining pool that address for my rewards and bypassing the wallet completely. 3 Days later I suddenly found 7 Steem in my Steemit account. 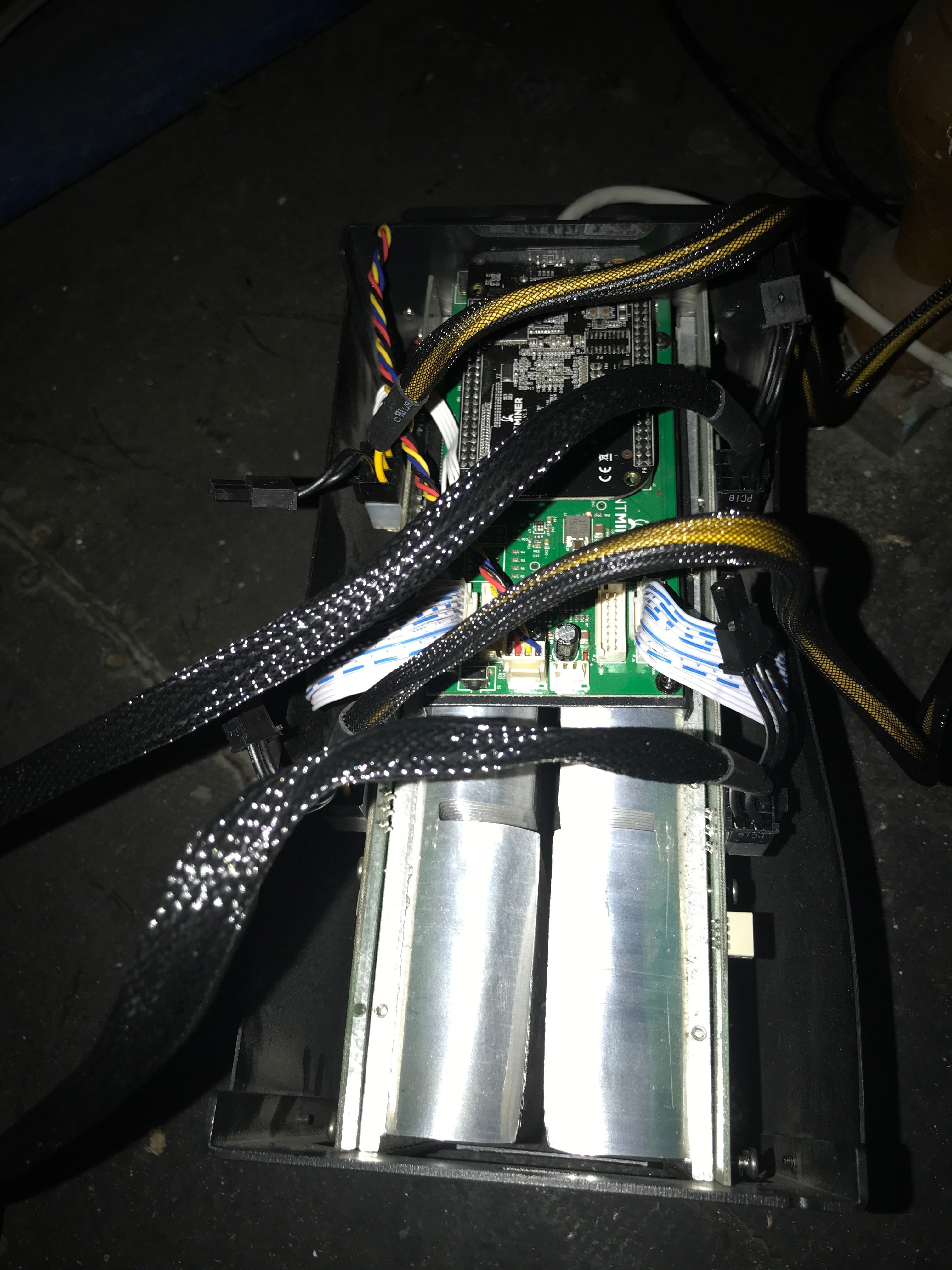 And so my theory starts, turning the mined Bitcoin into Steem gives me extra ability to improve my Steemit post rewards - by putting SBD into each utilising the varied upvote Bots I can on average double my investment in post rewards - so I’m increasing my return all the time - and assuming Steem is going to go up in value in the future my return will keep on growing.

I’m still pushing some funds into the Bitcoin wallet, with the fork that is making Bitcoin so valuable right now due in the middle of this month I am conscious I need to have as much in the account as possible because it will be duplicated for the new Bitcoin2x.

And that is my journey so far, after spending a few months trying to add Steem to my account and constantly being put off by the fees of buying into one crypto, to convert into another, and then get Steem - I found a somewhat more convoluted system that avoids the fees (well Blocktrades must take a fee from what you receive on the conversion, but it’s as close as I think you will get) and I have some new gadget toys to fuss over (each miner has it’s own admin ip you log into to view how it’s performing, they occasionally need a reboot or even manual power cycle to keep things running smoothly - I tend my digital flock as well as any shepherd.) The hardware of course cost money, but at the current output of Bitcoin this would be returned within a year - although that’s based on the current High Bitcoin value which will no doubt drop after the fork. At home even, I added an S1 at 200 GH/S overclocked to the bedroom / mancave and it’s now gone from the coolest room to warmest in the house - and no more condensation on the windows which used to be a constant nuisance in winter.

If you enjoyed my post don’t forget to leave an Upvote, feel free to comment on what you liked or where I can do better even. Follow @c0ff33a for regular and varied posts, photography, my weekly VLOG, posts on coffee roasting and brewing - just follow and see.

JoinSteamfollower and get upvotes in return for upvotes
https://steemfollower.com/?r=158
It’s free, simple, easy to find new content to upvote and get your own content seen by more users and possibly upvoted.

Feel free to help me fill them if you have any spare crypto currency you would like to share ;-)

All photos are my own, taken with my iPhone. All my steemit posted pictures can be freely used by other Steemit users in their own blog posts - all I ask is that you follow me and credit @c0ff33a linking to my post you took it from.

Resteemed Upvoted
Steem all the way Nice! That you were able to use the chute to heat your home with these miners is an amusing turn of events.

Thanks, most of these are actually in my big draughty business warehouse keeping the chill and damp out. The one at home has the lego around it :-)

Thank you, I have been undecided if it's the stupidest thing I have done so far or secretly quite clever. The single biggest bonus is I have done some really stupid things in my life 0_o

Congratulations! This post has been upvoted from the communal account, @minnowsupport, by c0ff33a from the Minnow Support Project. It's a witness project run by aggroed, ausbitbank, teamsteem, theprophet0, someguy123, neoxian, followbtcnews/crimsonclad, and netuoso. The goal is to help Steemit grow by supporting Minnows and creating a social network. Please find us in the Peace, Abundance, and Liberty Network (PALnet) Discord Channel. It's a completely public and open space to all members of the Steemit community who voluntarily choose to be there.

This post has received a 21.43 % upvote from @lovejuice thanks to: @c0ff33a. They love you, so does Aggroed. Please be sure to vote for Witnesses at https://steemit.com/~witnesses.

I was curious and skeptical about using bots to boost my posts, is it working well?

I was exactly like that, and read someone else's post ( https://steemit.com/steemit/@simplifylife/getting-on-the-hot-list-made-ridiculously-simple-for-newbies-and-beginners ) decided to give it a try and it really worked wonders. Since then I use this list https://steembots.com/#/ and also http://steem.supply/@nettybot (change the @ to what you what to look at) for an idea of the return. To be honest, most of the Bot's will give you at least back what you put in - but most of the time you will get a decent return on the SBD you put in. Plus upping your post vote get's it on the Hot list and more potential views - win win. I'm actually going to do a big post on this in the next few days.

Thanks a lot for sharing your experience, I hope you will have success even without bots soon, until then keep up the good work!

This post has received a 0.24 % upvote from @drotto thanks to: @banjo.

I thought about what you are doing but I did not have the initial up front money to invest in miners. I also do not have cheap electricity where I am so negated the idea all together and looking into creating mining rig to mine ether or xmr. That has come to a stand still as my lovely wife rejected the idea of mining coins all together.

I like your post a lot and is encouraging me to look into old antminers again. With bitcoin at $7000 I will wait until the fork to see how prices go. A lot of people say it will drop but I have a feeling it will do the opposite. If the price of bitcoin holds I will have some money to get a S1 or S2 to use. Oh excited just thinking about it :)

If you do dabble most people say 1 th/s is really the minimum to get any sort of return, I would look for used S5 units because they use half the at the wall wattage of the S2 and give slightly more speed at 1.1th/s stock.

Do you keep an ASIC under your bed @originalworks

The @OriginalWorks bot has determined this post by @c0ff33a to be original material and upvoted(1.5%) it!

You have collected your daily Power Up! This post received an upvote worth of 0.15$.
Learn how to Power Up Smart here!