This is a quick announcement to the steemit community who like or even I'd dare to say LOVE cartoons, webcomics and comic strips.

A few years ago I had an idea to make a website where people want to make comics but are terrible at drawing, or the other way around, artists who can't make good stories... Anyway, since I don't know how to make websites I didn't make it.

So after using steemit for a while and seeing how people like to go to discord servers to promote posts and chat about anything. I got the revelation of having a server set to talk about comics and find people to colaborate with. I made this quick comic to show how I got the idea. But also I would like to thank @mental-extract for mentioning to set up a discord server :). 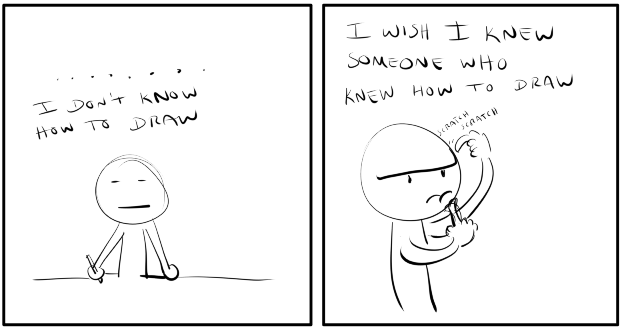 In a previous post I mentioned that I've join a facebook group called Steemit Webcomics to talk about steemit and webcomics. After throwing the idea to the group manager, he agreed to make a discord server. However, the people in the group (including me) don't have much experience in how to manage a discord server, so if you're interested in being part of the first moderators, let me know and I can make a few moderators in the group.

So far the server is structured for general conversations, post promotion and artist/writers looking for writers/artists.

Here's the link to the discord channel if you want to join:

Please do resteem this post and start using the tag #steemit-webcomics in order to make people aware of the server so they can start using it and more webcomics are created in steemit :D!

A big thanks to @jonathan-greer for starting the movement!

This is @cobmaximus saying goodnight

I featured your artwork in my latest blog! :) enjoy!

Thank you so much @karensuestudios :D! I watched the blog but haven't commented yet. I will leave a comment there

I'm genuinely beside myself. Thank you so much for mentioning me, I never would have thought you would act on ideas so well. You have great drive, and I'm definitely excited to see some of these cartoons. I use to doodle, just not anymore. Cheers buddy and best of luck with this project! Resteemed

I should thank you @mental-extract, for helping me get the drive needed to actually make the server. I'm really looking forward for this community to grow a lot and you're welcome to join it and share some doodles :). Thanks for the support!

You never know, I might just doodle something random one day just for the group. Happy to inspire :)!

Great idea mate! I love to do digital paintings and have done a few comics already that have sat on my hard drive and never been shared. He's one I did a blog for a few weeks ago. Hope you like it :) 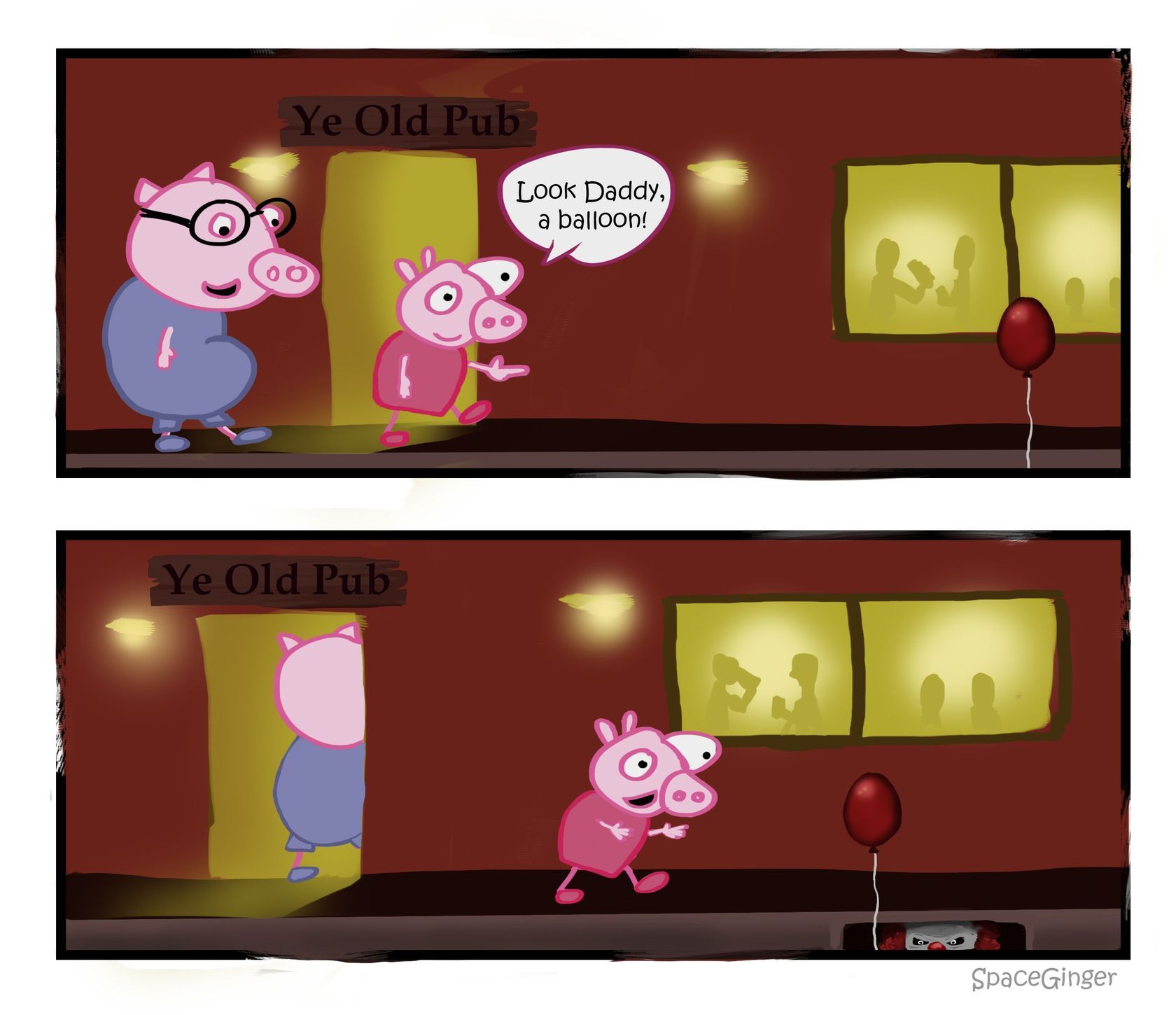 hahaha poor peppa pig doesn't know what's going to happen! Awesome work mate! I shared it in the Discord server. Please do come one of this days and pop by this server and share more of your artwork or just talk about anything. Hope to see you soon

Your idea is a great one ... and I do hope you get some response from your post. If not keep putting the invitation out there every once in a while. It can take time for people to find it ... or tell their friends ... or get back to you. Time is tight for everyone these days. So, hoping to help ... as I was assembling TDWS a few nights ago, your post made its way into my new curation project The Inbox Runneth Over. You can find your post showcased at this link.

If you don't get the response you're hoping for right away ... keep asking. Tell other writers and artists about it. Maybe you'll soon assemble your own little crew of creators. Meanwhile, we are looking at ways to boost your ongoing success in Steemit. After some discussion between us last night, @catweasel and I hit on a plan. See that little treasure in your upvote list from davidconstantine? That's from us.

That's how we decided to reward the content providers in The Inbox Runneth Over. It more than exhausts our own shared SP trying to keep up with all you guys ... so I recruited some elf and fairy spirit helpers to act on our behalf. We hope you approve. Don't spend it all in one place. Also ... keep writing. Keep drawing. Keep putting together a community of talent. For many reasons I won't go into here, now is an especially good time for that. Have a lovely day!

Thank you @enchantedspirit for considering my post for curation :D! I really do hope this community grows a lot! there are a lot of great artist that are hidden in the sea of steemit and I just want to give them the opportunity to share their content with people who like the same things. Thanks again for the support :), you have a great day!

Good luck and inspire those who struggle with the same skills issue. Mini ventures like these are how bigger things start!

Thanks as always @fknmayhem! Let's hope for this project to grow into something big

Creative people, Interesting community and I hope it gains the deserved number of members in the Discord serve.

yes we really hope it does get traction! Thanks @lifeaef for the support

A dream is always a dream once you still work and anticipate towards achieving that.

I'm working hard for it haha, thanks @tyrex

Cool idea! Haven't drawn in years and currently it isn't a priority, but I will follow the Steemit webcomics for inspiration 👍

Can't wait to see your artwork! be sure to pop by to the discord server to have a chat and find great content

Ah.. don't pressure me now :). Finishing off an video experiment for this month, in February I'll be going on a contest tour, maybe I'll get time for putting up some art 👍

haha you're quite busy mister! well whenever you have time then

Thanks for the support @tfame3865! It would be a great place for people who love comics :)

Thanks for create the Discord channel :D

No problem mate! Thanks for joining :D let's grow this server !!

Great little comic drawing and done well. Would gladly have that sort of character in a platformer game, if I were to make it and it you were ever into making assets/animations for 2D games. :)

But great idea to setup a discord server to get all the creatives interested, into it.

Thanks @thegoliath! so what type of games have you made so far? would be great if you could stop to the discord server to talk about it

So far I am still learning, but working on adding more. Done a 2D/text based small project with two mates for class (finished now), made a little town with AI that walk about and you can talk to them (working on it more atm), but getting free assets is my main issue, will have to buy some to use soon since I haven't got anyone to make me any.

wow sounds interesting!! well it would be fun to help you if you need some help, but my problem is that with work and other projects I have, I don't have that much time now :(

Even if you make a character that can run, jump, idle and attack, I would gladly work at putting it into the game engine to play around with it. :)
All good if you can't mate.

Alright let me see if I can make something in the mid term future, I'll let you know for sure!! thanks for letting me know :D

YES!! you can join us in the discord server if you want to chat about comics or random stuff