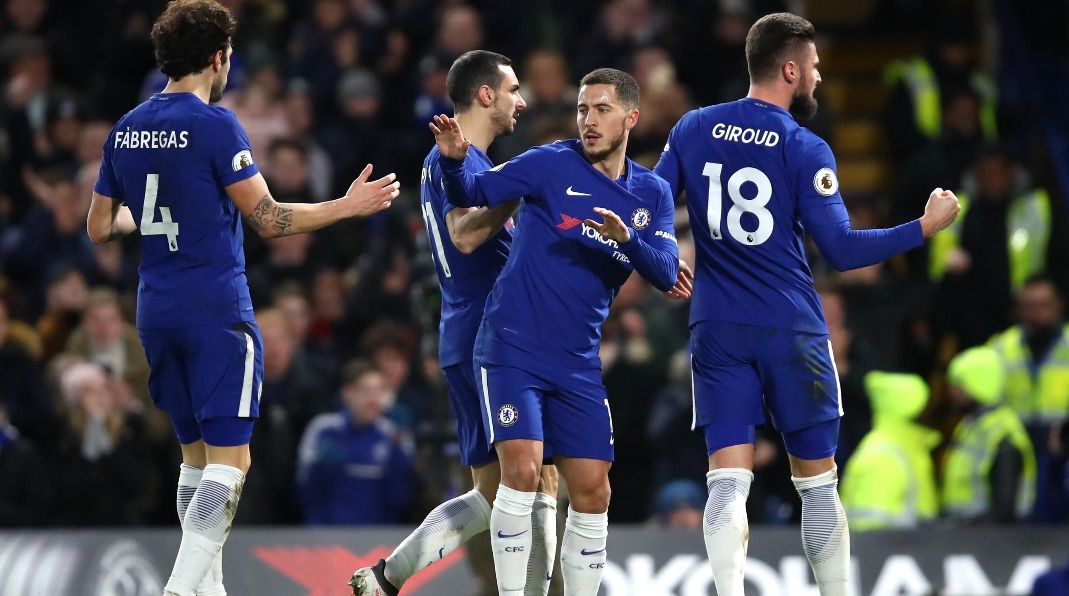 The duo will be instrumental as Chelsea chase FA Cup and Champions League glory, argues ESPN FC's Mark Worrall.
Friday's fifth round FA Cup tie with Championship strugglers Hull looks winnable and progress would put Chelsea within sight of Wembley. Four days later the Blues face the more daunting prospect of hosting Barcelona in the Champions League, which will be a true measure of whether Conte and his squad have put their problems behind them. Two players vital to Chelsea's chances of making progress in both competitions are Hazard and Christensen.

The Belgium international is at the peak of his powers, and with 15 goals to his name this season he is also now the club's leading marksman this term. Christensen's recent absence was acutely felt by Chelsea, whose defence capitulated in spectacular fashion against Bournemouth and Watford. The 21-year-old centre-back was forced off in the 28th minute of the game against the Cherries with the score still 0-0. The Blues' backline subsequently caved in and conceded three goals.

Since breaking into Conte's starting XI, the Denmark international has earned rave reviews for the maturity of his displays. Of the 23 goals Chelsea have conceded in the Premier League this season only 12 have come when Christensen has played and three of those came in the opening day debacle against Burnley when Cahill and Fabregas were sent off.

Life doesn't get any easier after the Barcelona game with back-to-back away Premier League matches against Manchester United and Manchester City followed by a home London derby with bogey side Crystal Palace and then a trip to the Camp Nou for the second leg. These are critical encounters which Conte will be desperate for Christensen and Hazard to be fully fit.

With questions asked about the harshness of the Italian's training regime and the part it has played in the hamstring injuries sustained by so many, perhaps now is the time to go easier on the players. The consequences of not doing so and the likes of Christensen and Hazard not being available for selection could be disastrous.

Maybe they can defeat Barca! Hey check out my post too https://steemit.com/sport/@ajaym/can-chelsea-defeat-barcelona .... Keep the blue flag flying high!!!