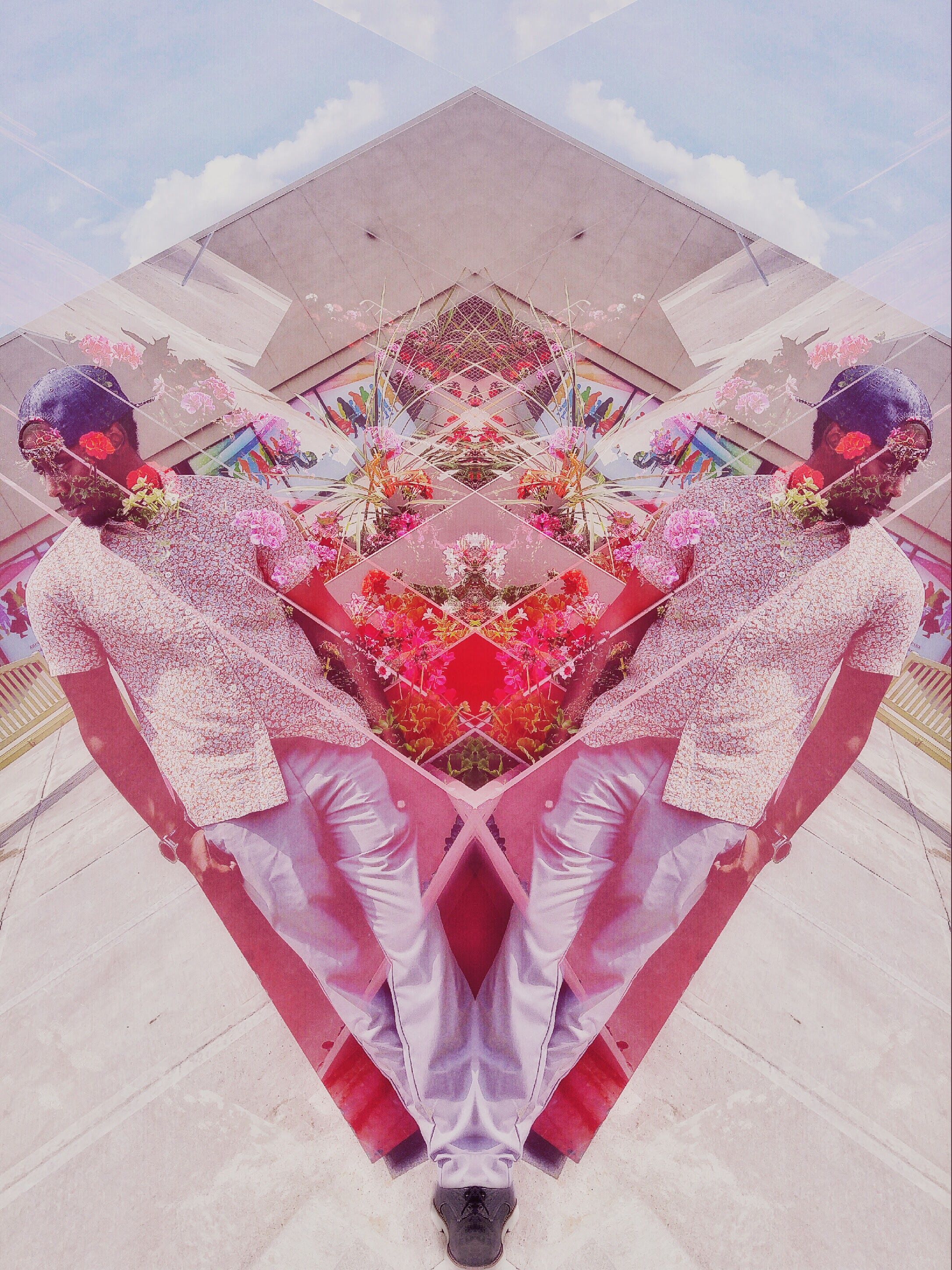 Hey fellow steemians, RTB back again with some ‘splainin’ to do. First off, I’m sorry to the @poetsunited community for not getting a new SPU Poetry Contest out to you guys this week. For me, it’s been a bad one all around, beginning with the limited number of submissions to #8. But, don't worry, #9 will be posted soon. I do appreciated the submissions we did receive and am just griping about a larger, unrelated bellyache you can read more about here.

Also unrelated and detailed there, is the reason for my failure to post Contest #9 which, again, has nothing to do with the submissions. Though, please do leave me feedback on how you’d like to maybe improve the contest so we can have many more in the future.

This poem, the 7th from my book, The Colour Grey, and the 4th in need of re-doing, was inspired by a friend who came out to me back in High School. He wanted a wingman, literally, as he had only told his female friends up to that point, to explore unfamiliar avenues (again, literally, no implicit double endre intended) and basically just talk to about what was going on. Upon reflection, I now recall that he was the first out-to-me gay guy I had ever known.

I only mention it now because, prior to him coming out a decade ago, I was one of those people who used “gay” pejoratively, made fun of other boys for doing or saying “gay shit,” and used phrases like “no homo.” Which brings me to my parenthetic remark about the double entendre.

Just kidding, sorry, but no.

Seriously though, I’m not...I’m not gay.

Which is okay (I guess). I only feel the need to point it out because, ever since my friend came out, a few odd things related to the subject of homosexuality have played out through the course of my life thus far. There's too many to get into now. But, for one, and a tad bit surprising to me in retrospect, I was more than happy to play wingman to my friend. Understand, I’m not saying I’m surprised I wasn’t some kind of dick...shit, I mean...assho--dammit, douchebag to him since my foul use of homophobic language was a more honest representation of those around me at the time than my true beliefs (not an excuse for the past use, but true).

Instead, I’m surprised merely by how it drew us closer together for that last year of school rather than pull us further apart. Now, I’m not saying I’m a cold person, but I do and did then, as they say, have enough drama to deal with of my own.

For instance, I’m an incredibly sensitive person in most cases, in fact. Bedtime as a child was whatever time the local news came on because I would bawl uncontrollably for the scores of strangers killed on Toronto’s highways each year. Recently, I learned that because of fun quirks like this, several of my family members suspected I would “grow up to be gay.”

But then those turkeys also thought I’d be a lawyer.

Learning this while, the same day being “playfully” hit on yet again by a gay friend, is what prompted me to make and post this rant about a photo to my social media: 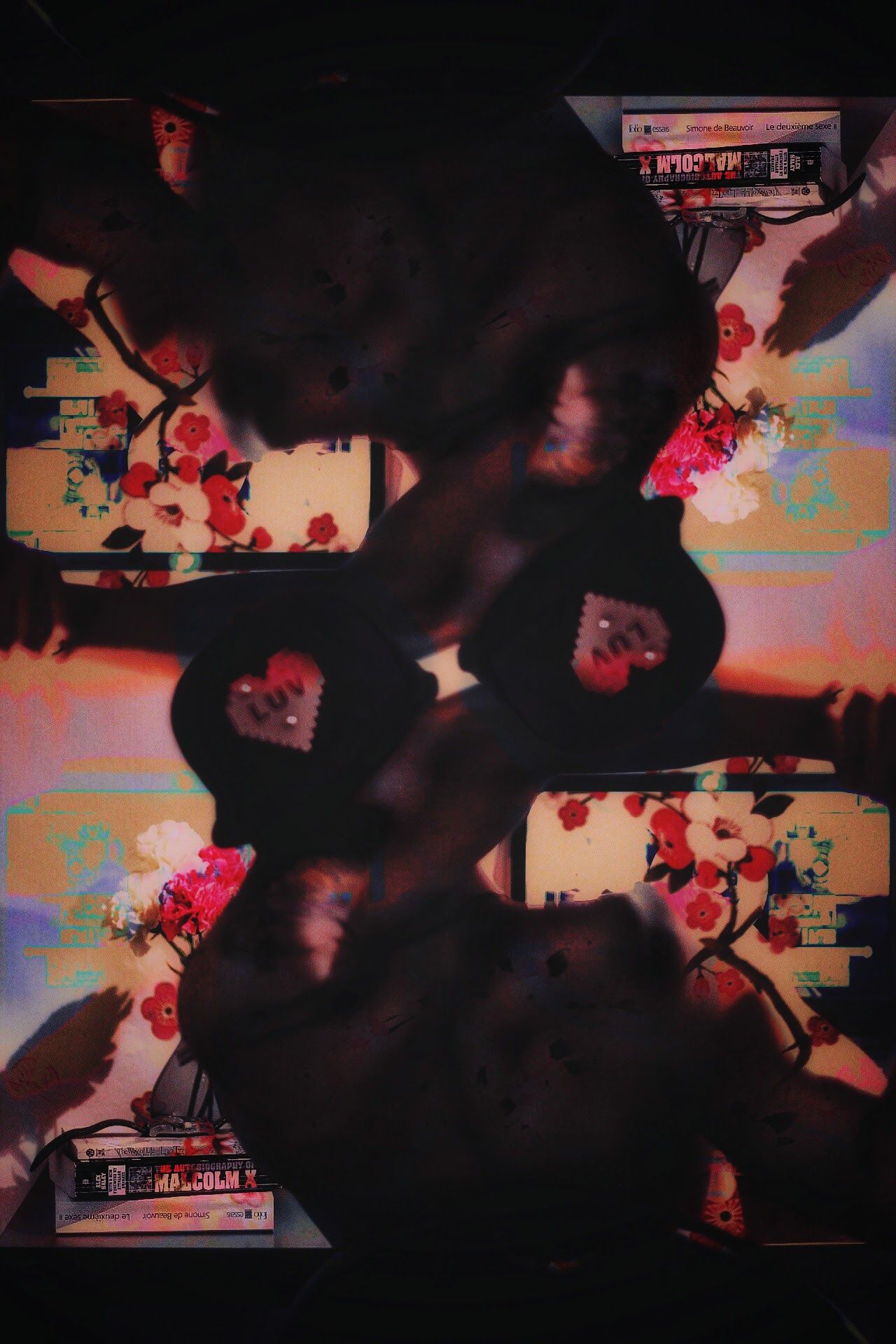 lessthan3aire: 😂😂😂 you can't question someone's sexual identity...unless they're straight that is... Then it's open season for speculation 😂😂😂 So tell me, does this photo make me look gay? What if I added that I'm stretching in my undies (yes I almost always still have on a hat) before writing a men's fashion blog post for pennies with a copy of La Deuxieme Sexe on the table, thinking about that guy who tried to neg me when I repeated I wasn't gay by calling me "stocky-slim" after complimenting my weight loss and how it makes me not want to post this photo because of the apparent "rainbow" in my editing coupled with the fact that I choose to go by a silly name like Luv, only further confounding the fellas? Or what about the fact that flowers are some of my favourite things and that Mary Poppins does come mind now? If you think yes, you've swallowed (giggity) too much of the heteronormative Kool-Aid and it's funny to me how many gay people are still a little tipsy on it themselves. I will however agree with you that I LOOK DAMN SEXY. This one's for you [...] (Stocky-slim my ass) 😂😂😂

Truth is though, I can’t fault them all that much. No, not cause I’m, like maybe just a little gay (though, if that turned out to be the case, I wouldn’t be the one protesting) but because growing up I also did things like watch Beauty and the Beast 700 million times on VHS (that’s a lotta rewindin’) and keep the costume of my Beast ACTION FIGURE fully stipped off because I was interested in the man underneath.

See the thing about the beast, from Beauty and the Beast, was that I kinda felt like the beast... from Beauty and the Beast (God, I love that movie, even the live action reboot). Not that I felt ugly because, well, have you seen me? I’m frickin’ adorable. But because I felt like no one would ever love me the way I needed to be loved, specifically before I too would crumple up and die like the magic rose, kinda shared a beastly rage over it at times, and wondered why he had to transform from a badass buffalo-lion-werewolf man into a basic ass white dude for that bitch Belle. But... I can see how they didn’t really get all that about me at around five.

Maybe relatedly, maybe not (though probably), my family also didn’t understand that I was on another spectrum entirely.

See my other post for a little more about that side of the story, but, suffice to say, um… I’m not gay… but I… uh… understand what it’s like to feel like a pariah who will never know happiness via love between two (or more for all you poly’s out there) people.

As I hope anyone reading this already knows, that’s, plainly, not the truth. My friend who has moved on to doing great things (as an artist, but not naming names :P) I couldn’t be more proud to see lurking through feeds, certainly knows this.

In fact, the main problem I have with this poem I wrote for him long ago (besides being a kinda basic) is the somewhat patronizing tone. However, the poem’s narrator isn’t meant to represent me personally, which, even I had to remember to keep in mind. When creating the new poem based on this, I also remembered that part of the whole reason for the original poem was that I thought the word “glow” sounded like a “gay word” (whatever that means, but the way I see it, it’s like a word that identifies as being sexually attracted to other gay words… like, I dunno, “buns”) and that I really liked the word glow, though, you know, I don’t…you know.

Let me know what you think then head on over to my other post for a little more story and the new poem based on this. Though it’s not like my old pal is now the wind beneath my wings, I can’t deny that what he said to me when we met up again briefly years later doesn’t ring in my mind when I think about committing to my art and with a cause.

This entrapment is unnatural
Like awaking in a black, door-less closet
Uncertain how it got in
But no way to get out

Yet, within this little lightning bug
Is the light that can illuminate its prison
And lead it soaring through
The gentle gates of my fingers
Out towards the summer moon

I cup my hands together
And whisper to the little lightning bug:

The Colour Grey available here as ePub, in paperback, or from Amazon here as an ebook. For a FREE pdf copy and to help me raise $1,500 to help fund asd related research in my community, please consider donating any amount to this gofundme (all donations go directly to the center).

The rest of The Colour Grey So Far: The Serpent ~ The Cant Upon My Mind & Cant ~ Disabled--which needs a new title ~ Laughter ~ Blashphemy ~ Flies ~ Little Lightning Bug & new poem