The Cost of Courage - Part VI: Dr. Tom Philpott, a man ahead of his time 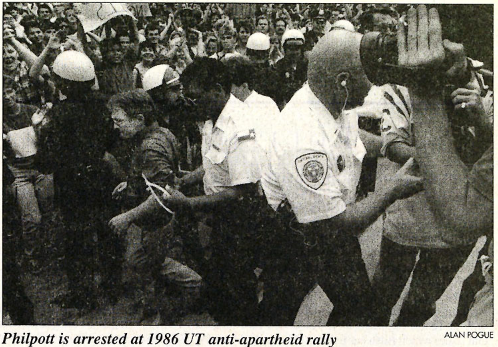 Dr. Tom Philpott, a beloved university professor who spoke out against pedophile politicians, died obscurely in 1991. Dr. Philpott taught history at the University of Texas in Austin for over 20 years and was well known for his activism and controversial ideas.(1) Ironically his most censored work, a documentary film about a child trafficking perpetrated by United States politicians titled Boys for Sale, would become is most famous and lasting.

This article will cover Dr. Philpott's fascinating life story in addition to the compelling research in Boys for Sale. I also look into the facts surrounding his death, and while details on his life and death are scarce, what's collected here is perhaps the most comprehensive and complete of its kind. What better way to honor a particularly brave researcher who was just too ahead of his time and is sorely missed...

This is part of an on-going series to highlight the stories of individuals who died mysteriously when disclosing information on government-sponsored criminal activity, in particular child trafficking.

In his 20 years as professor at the University of Texas in Austin Dr. Philpott was often involved in controversies surrounding his civil rights and anti-war protests.(2) From what I could gather Dr. Philpott was seemingly fearless and indiscriminate in his pursuit of these ends: He stood alone as the only faculty member to support Iranian student protests, was arrested at an anti-Apartheid rally for South Africa,(3) and was even shot with his own .38-caliber pistol in a home invasion.(4)

The shooting in 1982 and constant death threats did little to shake the resolve of Dr. Philpott:

In fact, he had been expecting something of the sort for some time.

He said he had made mortal enemies by investigating pederasty and organized child prostitution...

He interpreted the attack as an attempt to discredit his work by creating the impression that he had committed suicide.

Source: Texas Monthly, May 1982, "Tom Philpott - The Case of the Campus Crusader

What exactly was so dangerous about Philpott's work in this field that made him come to this conclusion in 1982? In 1981 Dr. Tom Philpott would be interviewed for a documentary film titled, Boys for Sale. The film discusses the existence of an interstate child trafficking ring in the United States perpetrated by political elite. Philpott tells the story of child victims throughout the United States.

He describes Houston, Texas as "possibly the worst city in the United States" for homeless boys and that around 350 are deliberately killed each year. 31 boys alone died suspiciously in 1981 and were not deemed homicide cases.

Claims of atrocities in Houston are corroborated by other experts such as Judianne Densen Gerber of the Odyssey Institute who adds that children are also brought in from Louisiana and other states.

Dr. Philpott also describes common characteristics of these pederasts. For instance, most men who victimize such boys consider themselves heterosexual and live completely different lives when they are not committing abuses. Most often the perpetrators are wealthy individuals in order to fund their prostitution habits. Dr. Philpott also states that these are not typical organized criminals, but rather "the pillars of our society".

"It's serving the most respected people in our society."

The "biggest case" for Philpott in the film is the story of a New Orleans Boy Scout troop, Troop 137, who were used as child prostitutes for major politicians in and around 1976. Apparently congressman and top political leaders from Louisiana AND a neighboring state were involved as customers.

Dr. Philpott's reporting of this case was incredibly ahead of its time. Apparently documents to this case were kept secret by the Boy Scouts of Texas and weren't released until 2012.(5)

Troop 137, authorities learned, "was the nucleus of a nationwide sex and pornography ring, with boys recruited into the troop sent to other states for the pleasure of the men there."

Dr. Philpott also shares the story of House of Representatives member Robert E. Bauman who in February, 1980 had sex with a 16 year old boy. All charges were dropped as long as Bowman agreed to Drug & Alcohol classes. In addition Bowman remained in office and ran (unsuccessfully) for re-election.(6)

There's also the story of House of Representatives member Joseph P. Wyatt, Jr. A young boy, a minor, filed a formal complaint against Wyatt with charges of soliciting him for sex. There was no trial and no charges were ever brought against Wyatt, but he did enter himself into Drug & Alcohol rehabilitation. To this day stories about this event are almost non-existent and are saved only by Dr. Philpott's research.

The list of accounts and stories go on, and I may even dedicate another article to these crimes, but the documentary itself is incredibly informative and groundbreaking. While it was filmed in October of 1981(7) and broadcast that year in Atlanta, the documentary and its sequel would be lost to history were it not for folks uploading it to YouTube.

The documentary and Dr. Philpott's interview can be watched below. The stories are very graphic and this video is for reference and the mentally prepared:

A second part to this documentary was also made and can be found archived here: https://archive.org/details/AV_126_127-BOYS_FOR_SALE

The death of Dr. Tom Philpott

Just days after filming Boys for Sale, Dr. Philpott would die of alleged suicide on October 9, 1991. Almost no information exists as to the exact cause and circumstances of his death, but one of his students, Vern Nelson, was told Dr. Philpott suffered from manic depression and shot himself in the heart.(8) In Dr. Philpott's University of Texas obituary it is alluded that he was suffering depression due to growing issues about the Gulf War.(9)

Despite the suspicious connection between the circumstances of Dr. Philpott's death and the home invasion in which he was shot 10 years earlier, at this time it was not part of Texas police practice to perform an autopsy on suicides.(10)

Since this happened in 1991 the chances of being able to recover such information is dwindling. The Texas Legislature did propose a bill in 2012, HB3546, or "Kari's Law", that would have given investigators the legal ability to conduct autopsies on suicides. The bill, however, is considered dead.(11) Until such legislation is put into place, cases like Dr. Philpott's may never be solved.

All hope is not lost, though. As this article shows Dr. Philpott's work is still alive and well. In his memory I will commit the inspiring eulogy given to Dr. Tom Philpott by his colleagues at the University of Texas forever to the blockchain that would have meant so much to him:

The untimely death of Tom Philpott reminds us that a great mind and a good heart offer no assurance of an easy life. Tom taught history, but to those who knew him, he taught much more.

There was no individual at the University of Texas who meant so much to so many. He symbolized a college education as a learning experience. He was that rare breed of University professor committed to students and learning. Tom did not mold minds, he opened them. He taught, through example, that every one of us had the power to initiate change. Students were drawn to Tom - not because he ran against the UT grain - but because he managed to remain one of "us." At every turn, Tom confronted the University bureaucracy. He constantly fought a losing battle to keep the University a place for education, not for business.

When he battled, it was done full tilt, without regret or reservation. He stood in protest with students on the West Mall more times than memory serves.

The written word was his tool. Tom depended on the pen of others to deliver his message as quickly as he relied on himself. There were so many books . . . Altgeld's America, The Book of Lights, My Name is Asher Lev, A Rumor of War, Souls on Fire, to name but a few. They are all studies in the human spirit, lessons in overcoming obstacles. Lessons Tom thought we should learn.

We can extend his commitment to learning by obtaining the best education possible; and retaining our convictions in the process. We were proud to have him as a teacher. We shall not see his like again...

Source: University of Texas in Austin

This information, its sources and more can also be found on the Pizzagate Wiki page for Dr. Tom Philpott.

The tide is turning.

I commend this man for exposing these monsters, yet paid the ultimate price for such an undertaking. Thanks for all this info and as always, great post!!